The previous night out lead once again to a late morning, but I eventually made it to the impressive bus station in KL to catch a bus South to Melaka. On the bus I got chatting to a Chinese/Malaysian girl named Viny. She studied in KL and was on the way home to see her family. When we arrived at Melaka, I planned to get a taxi to my hostel. Viny checked in on me before she left and was shocked by how much the taxi driver was going to charge me (I remember thinking it was a reasonable price). So after a brief argument between Viny and the taxi guy, Viny dragged me away and got her Mum and Dad (who were picking her up from the station) to give me a lift to my hostel!

In the car the family began to frantically question me! How long had I been travelling? Was I scared being alone? Did I like Malaysia? Did I like Malaysian food? It was like an interrogation (but friendly). I said I loved Malaysian food and that it was actually my favourite food, especially Rendang. At this point, the Mum almost yelled to stop the car so she could open the boot and get my out some chicken rendang she had made that morning that was packed in lots of little Tupperware boxes. Apparently the family was on their way to a party and she was taking the rendang as a gift, but could spare one box. I took it gladly!

The family dropped me off outside my hostel and Viny added me on Facebook; we still keep in touch! I checked in and tried to eat the rendang the family gave me, but it was so spicy with chilis my mouth was on fire and I only managed half!! Haha

That evening I headed out to the town centre where there was a bustling street market. There was also a lot of street food, my favourites being the dim sum, potato puffs and crispy won tons. I got a gold anklet made for me here too! 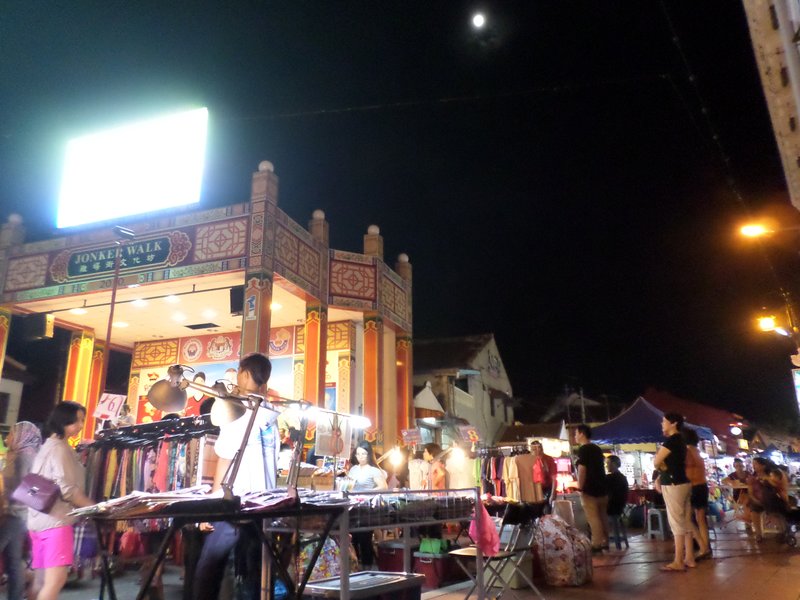 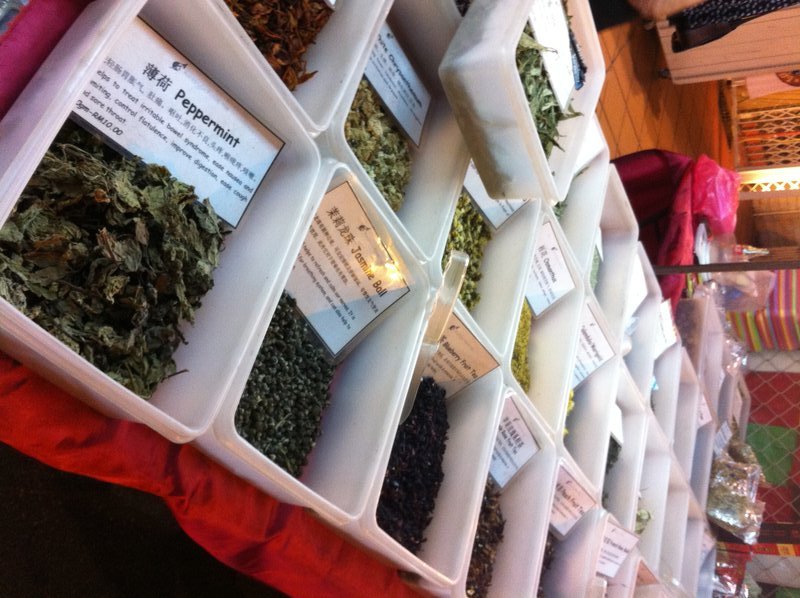 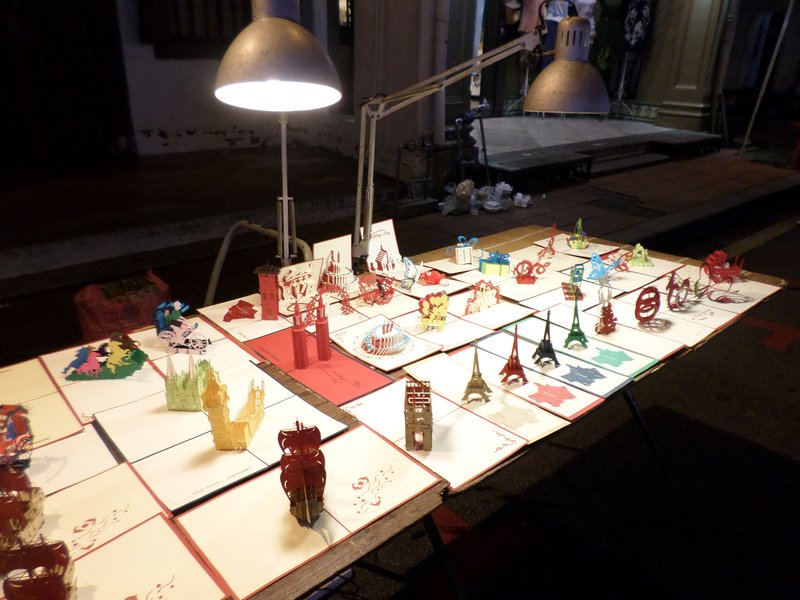 These pop-up cards were incredible, I wish I’d bought one… 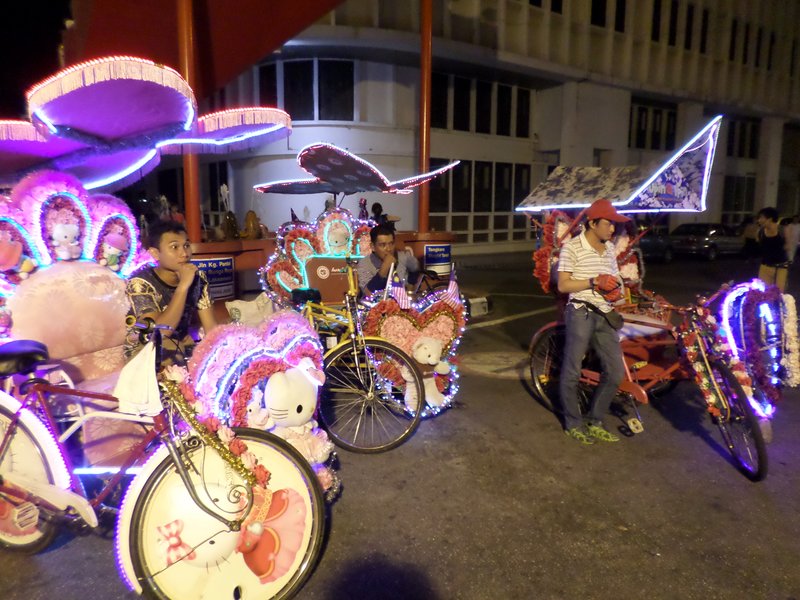 The following day I hired a bike and explored the town’s waterways, china town, little India, to the townhall and beachfront. 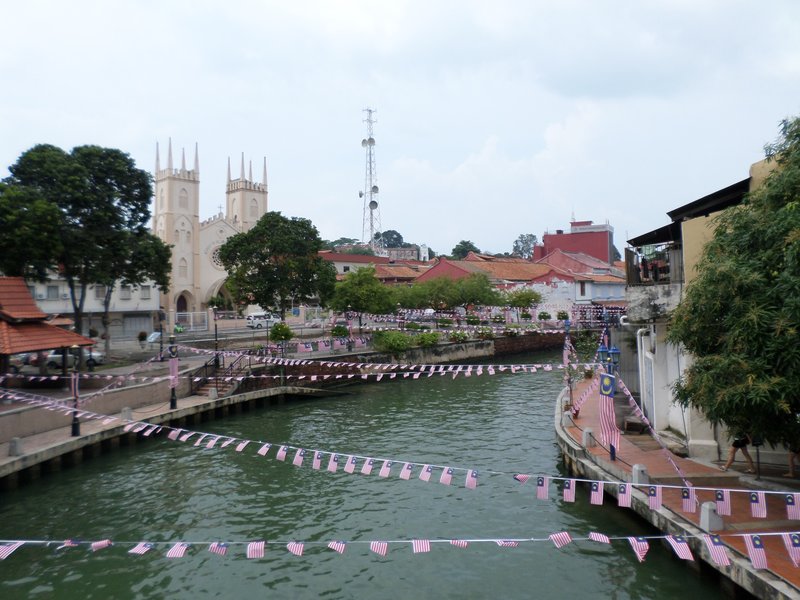 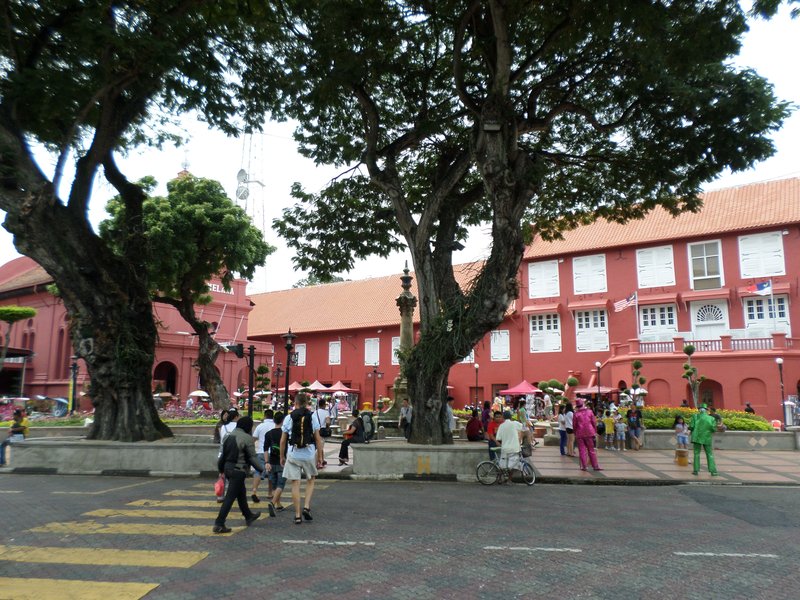 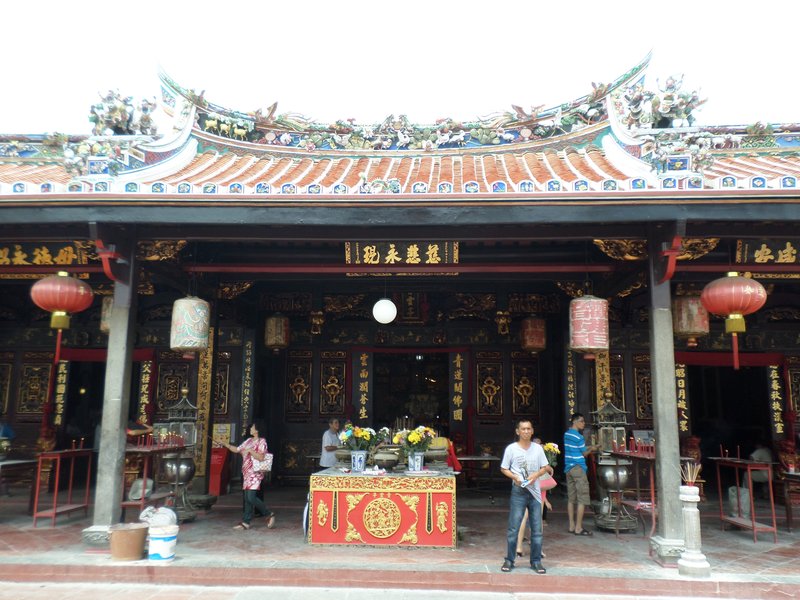 I stopped to eat another Rendang at a little restaurant – this one was mild enough to eat all of! 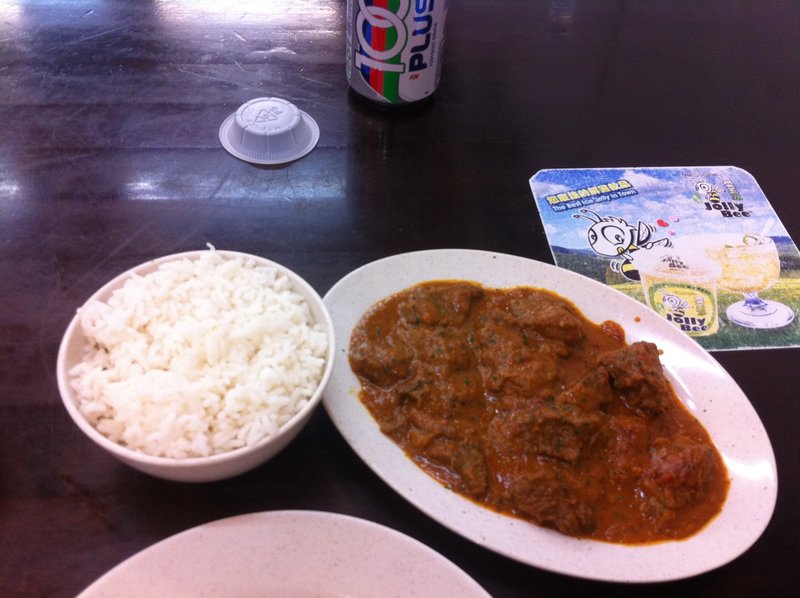 One of the craziest things about the waterways of Melaka were the amount of monitor lizards just mooching about. They were everywhere. it was quite scary at first, because they look like crocodiles in the water and are very big. But I got daring towards the end of the day and managed to get quite close for some good photos. 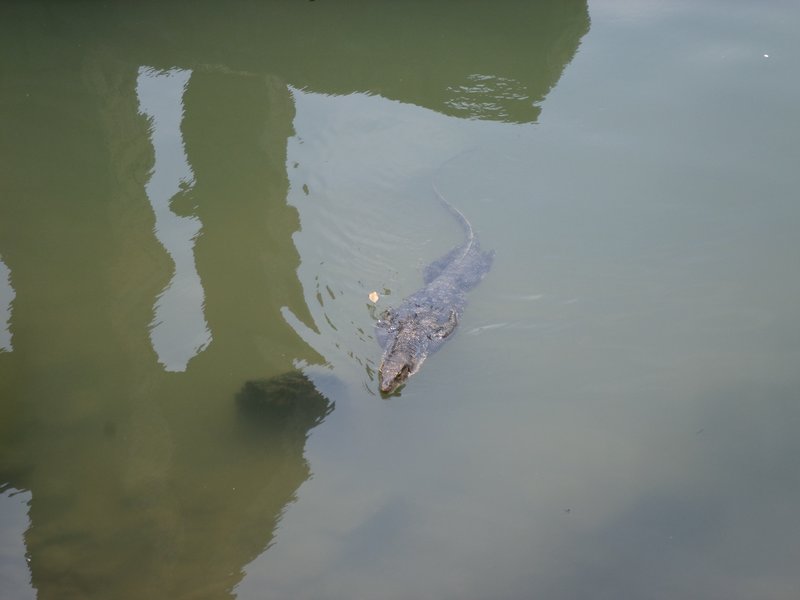 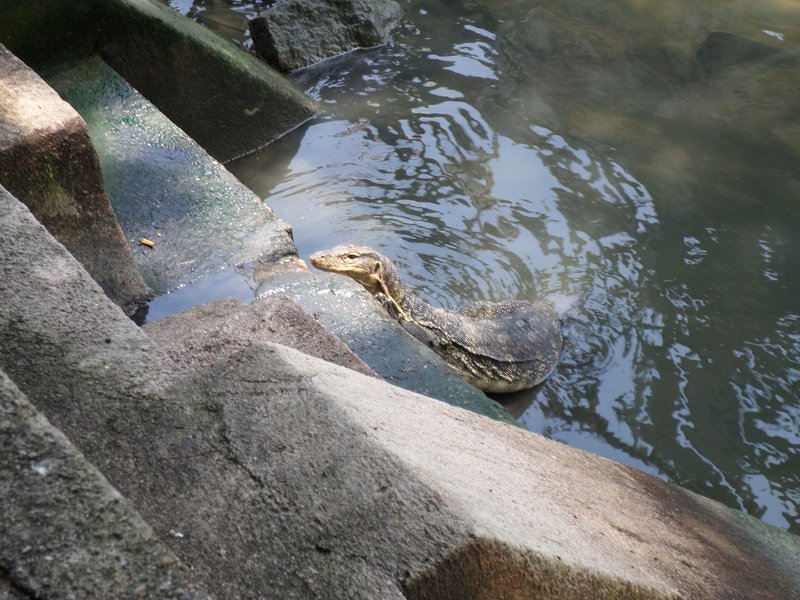 That evening I began to head back out to the street market when I stumbled upon a Chinese parade with dragons and lanterns. I followed the group of people who were singing and playing drums. However, my camera couldn’t cope with the low light, so I only managed a few blurred photos.
After stalking the group from a distance for a few minutes I was eventually spotted and dragged into the group and given my own lantern! They were celebrating the ‘Moon Festival’. My guide became Stella, who was probably about my age. 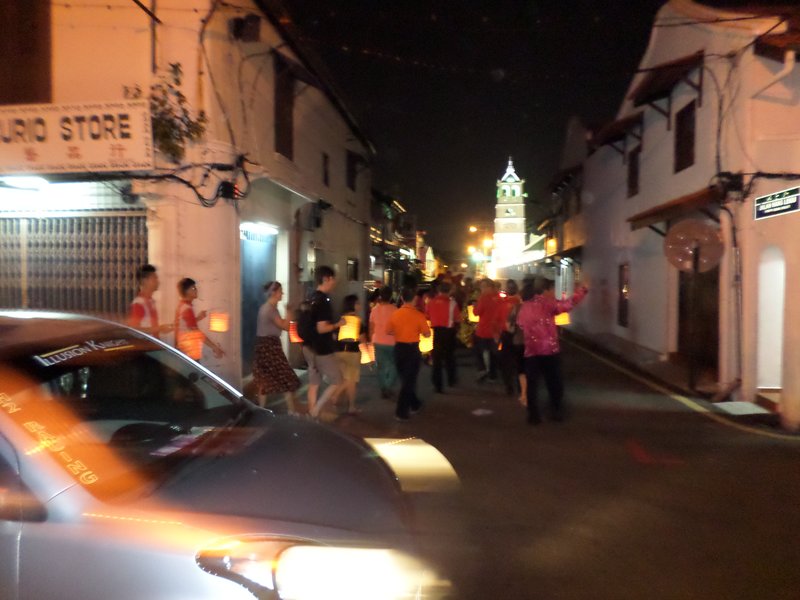 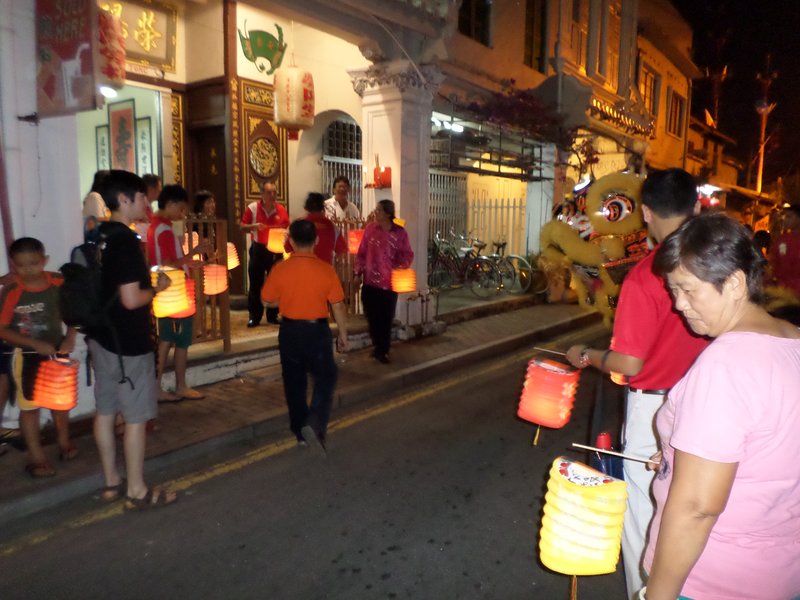 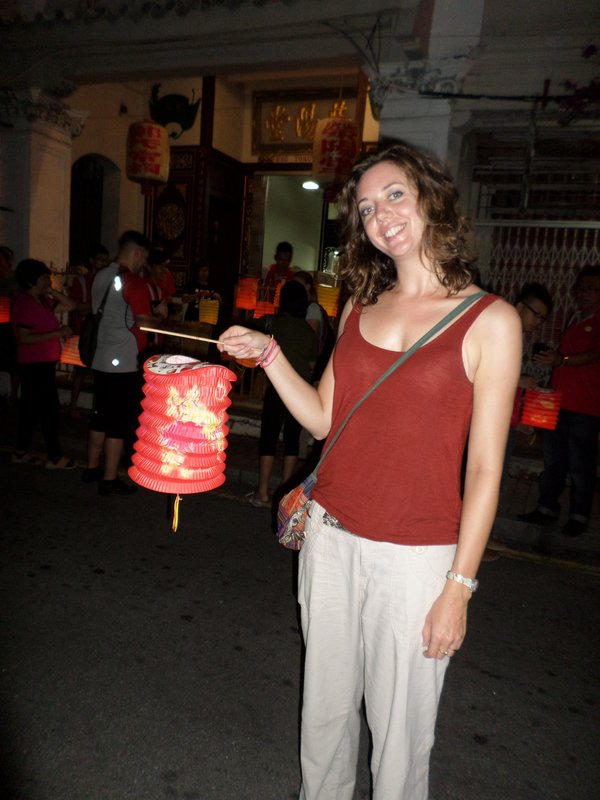 The group continued to march through the town until we got to a small clan house? Inside there was some traditional competitions, one of which was who could peel a Pomelo (or chinese grapefruit) the fastest! The families really got in to it and it was very enjoyable to be part of! We then ate moon cake and they gave me some to take away. 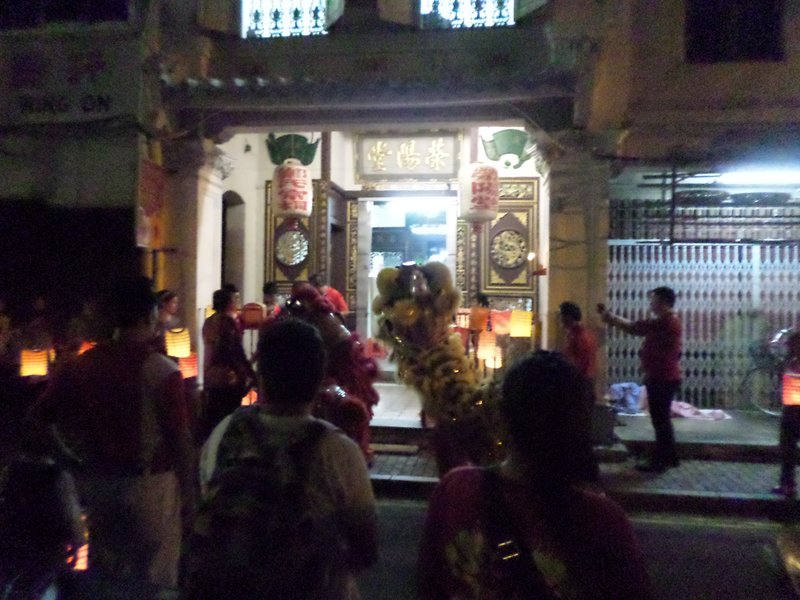 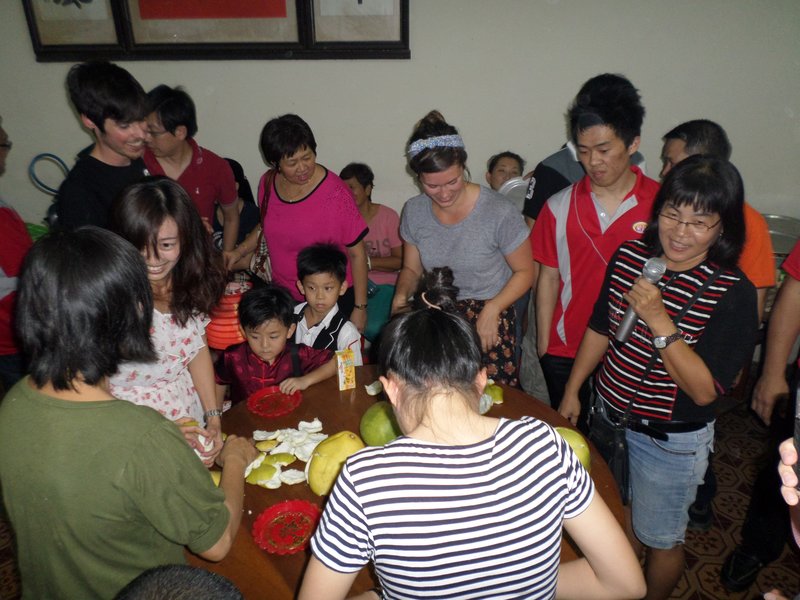 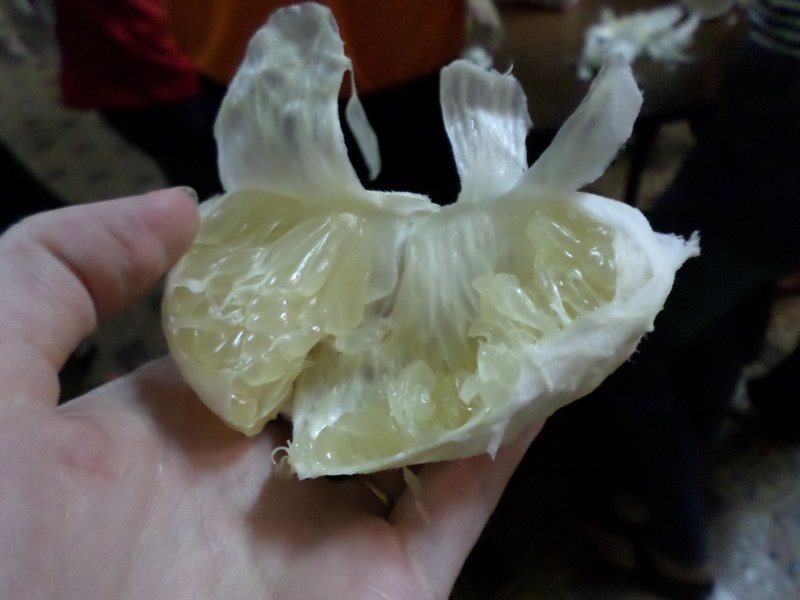 You’re supposed to then eat the fruit, but it was so sour!

It was a great evening! In fact the whole of my time in malaysia so far I have met engaging locals who are so genuine and kind. Whether it be the Chinese Malays or the Muslim Malays, Malaysian culture seems to merge them together and the outcome is a relaxed and peaceful atmosphere.