From Melaka I took a small detour out of Malaysia and into Singapore. I was quite excited about visiting Singapore City, especially to see all the amazing buildings like the Marina Bay Sands building and the iconic skyline. I got up early to catch the bus which drives you through the border where you get a visa. It’s quite annoying because you have to get off the bus with your main bag, up into the building, officially leave Malaysia. Then come out of the building, back on to the bus for about 200m, then off again to go back into the same building to enter Singapore. it was the same on the way out too!! Very stressful and a lot of queueing!

I eventually arrived at Footprints hostel in Singapore which was in the little India area quite far from the main Singapore City centre. After I arrived I ate at a local Indian restaurant (it was delicious) then headed to the bus station to get into the centre. Unfortunately I timed all the buses wrong so ended up walking through the city a long way to the centre…. 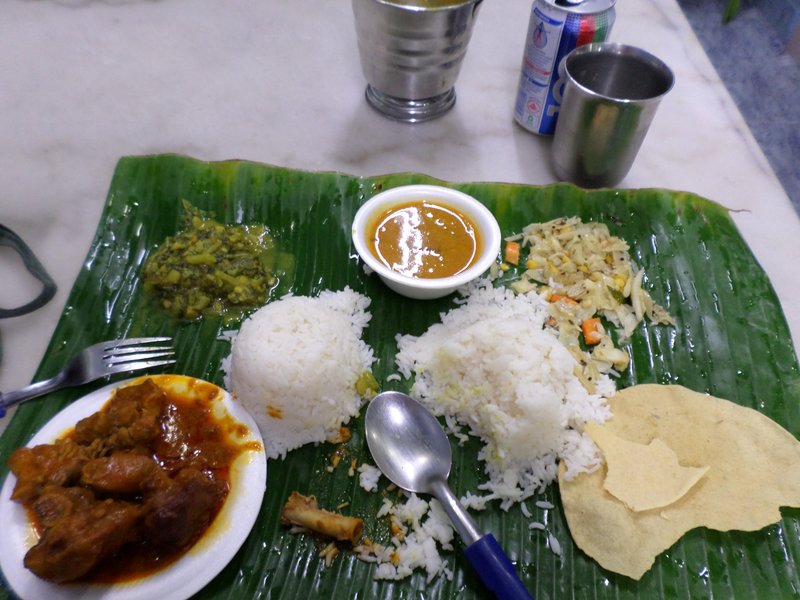 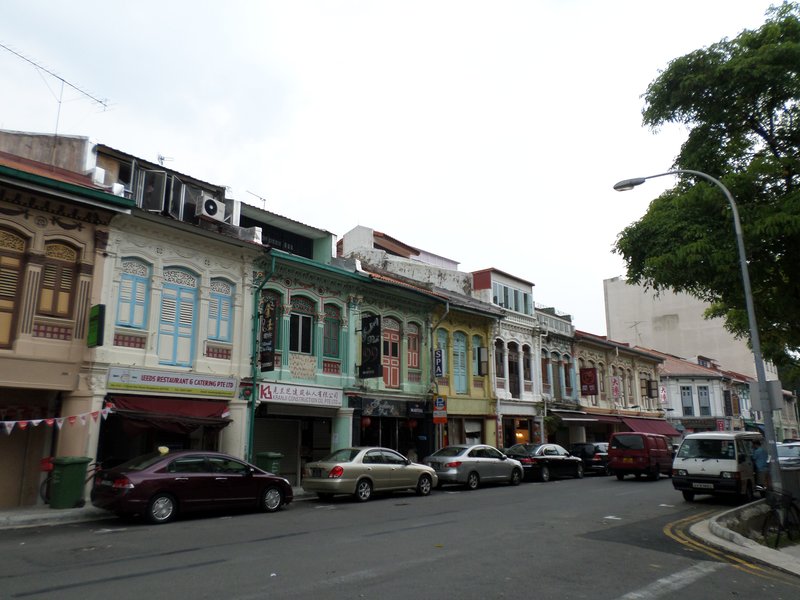 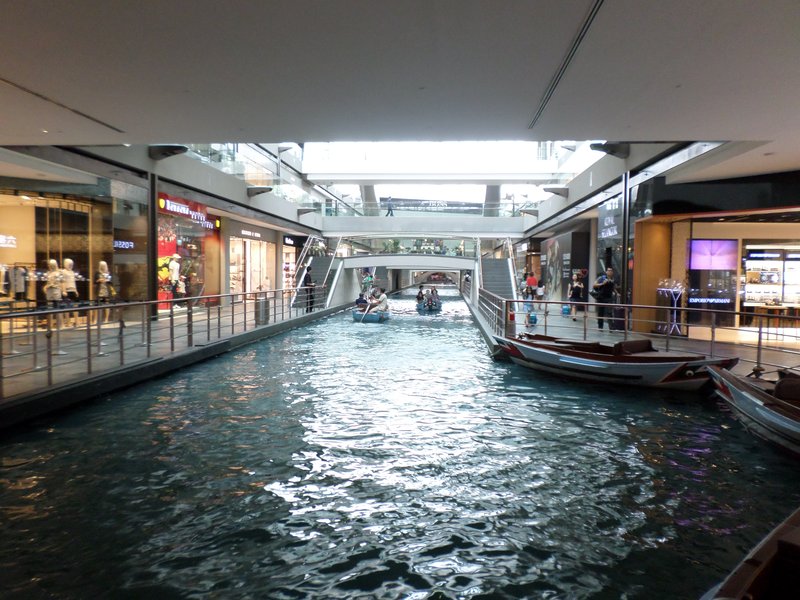 I made sure I walked through some of the malls to cool myself down in the aircon! This one was impressive! 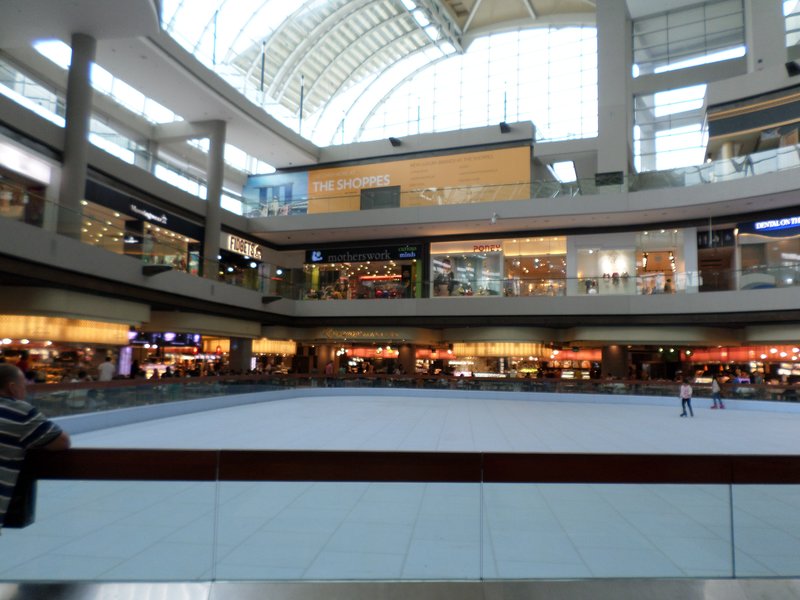 It even had an ice rink! 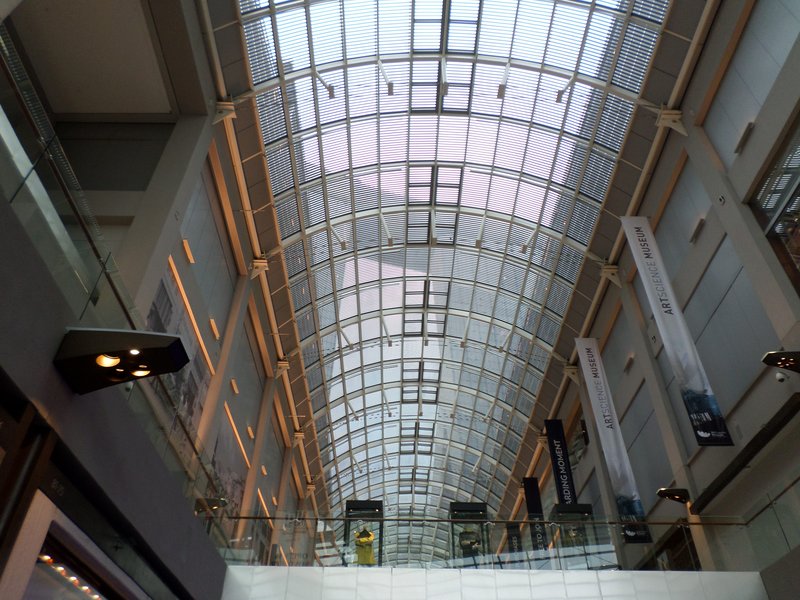 My first sight of Marina bay Sands through the window of the mall!

I paid to go up to the sky deck of the MBS building, the weather was quite muggy and overcast, so I decided to wait up there until nightfall where I would get a great view of the cities night skyline. Luckily there were snacks and drinks up there to keep me going! 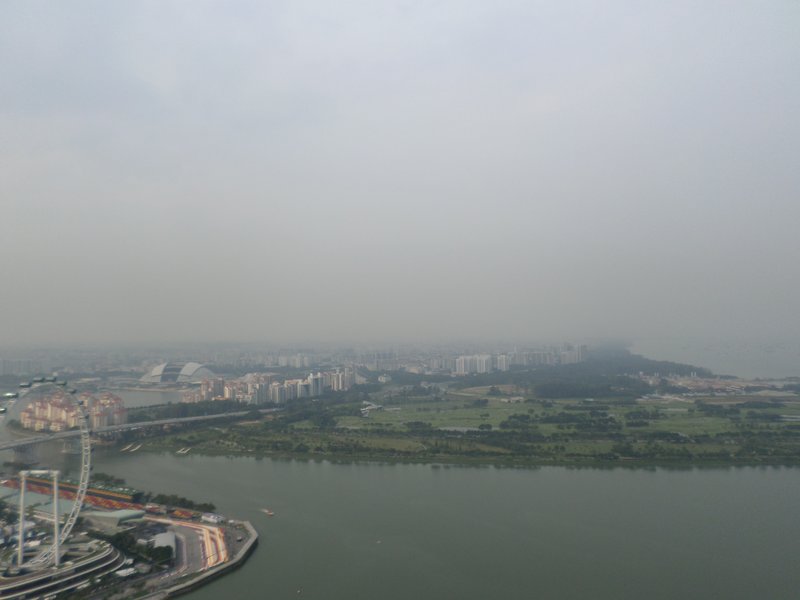 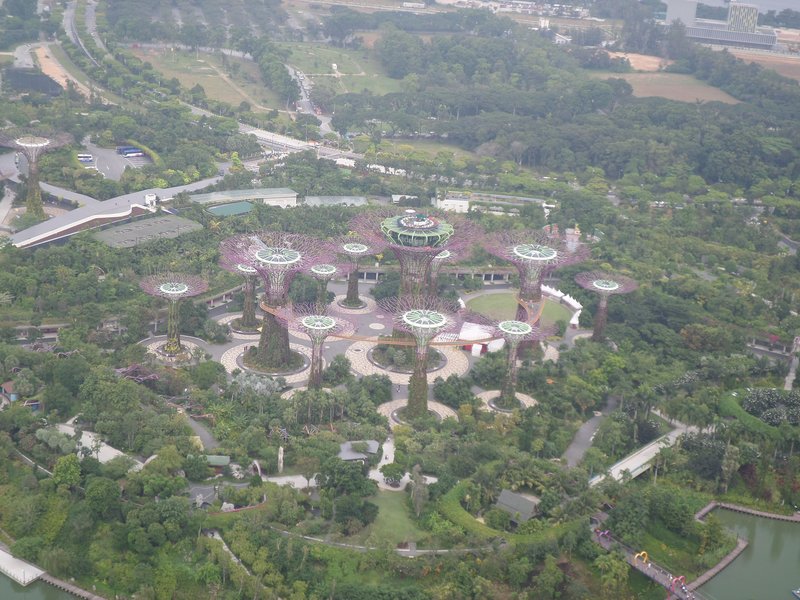 The ‘Gardens by the Bay’ 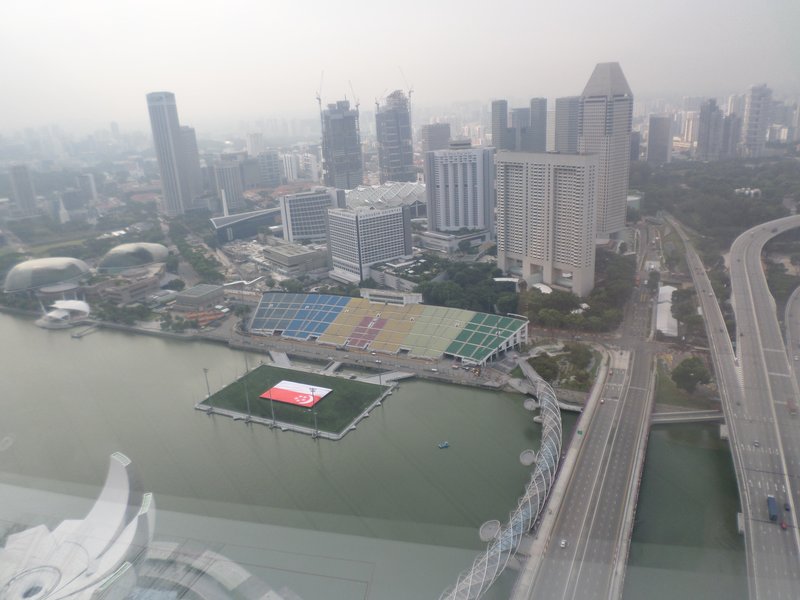 It was the Singapore grad prix the next weekend, and you could see the city preparing for it, it was really exciting! 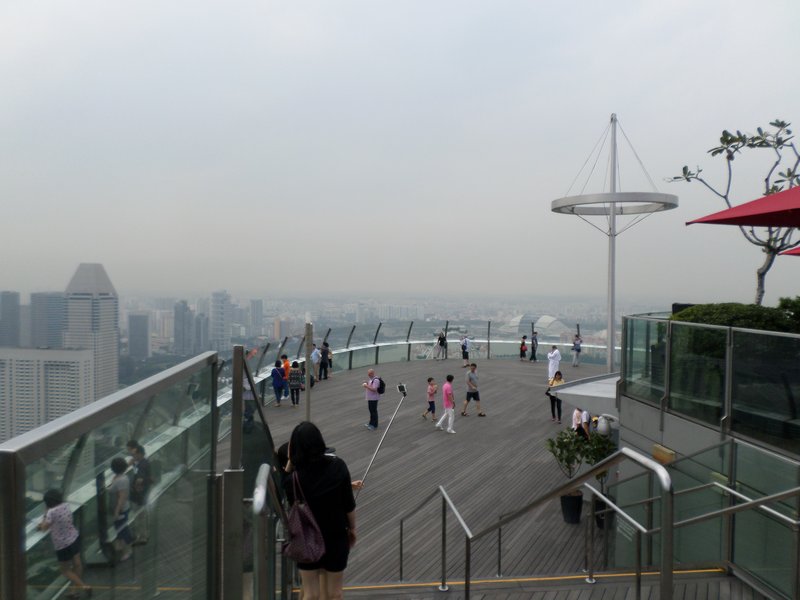 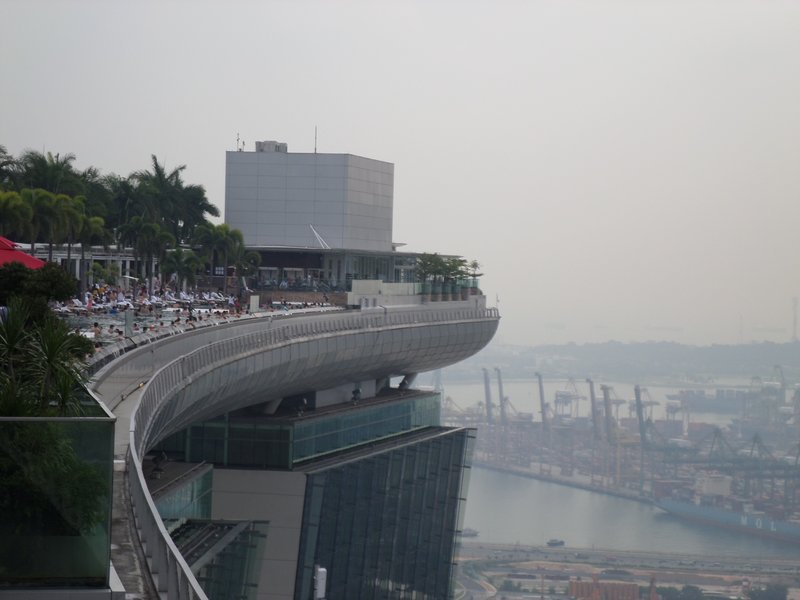 Very jealous of these guys… 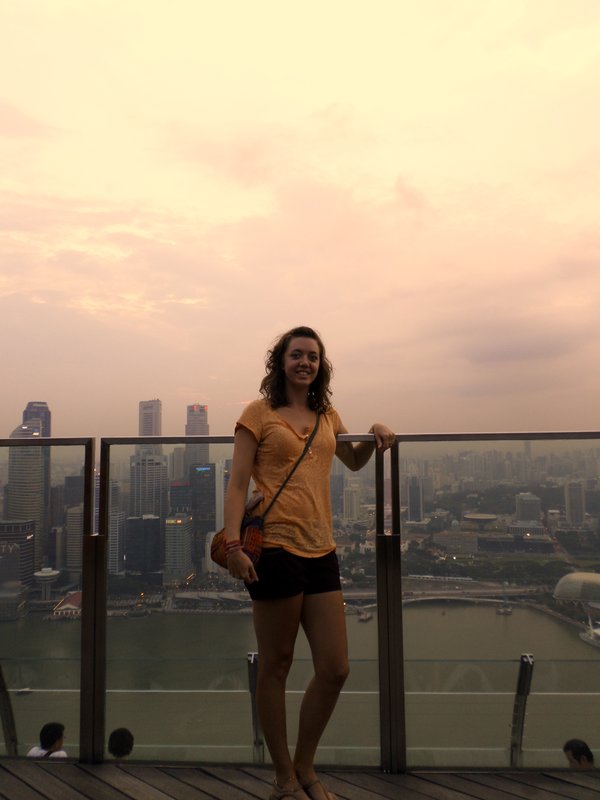 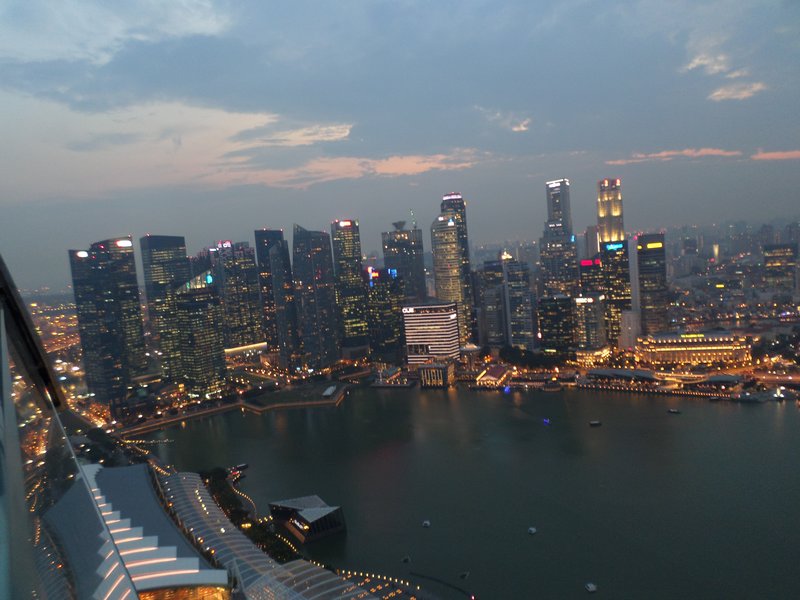 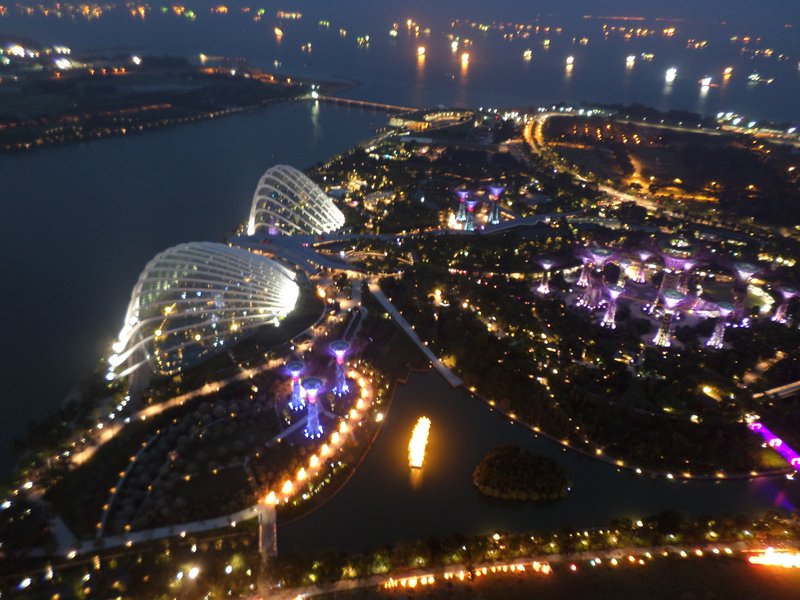 The view from the deck was amazing, but I think I took my share of photos, so I descended back to ground level!

The view here, looking back up at MBS was almost as spectacular though… maybe even better!! 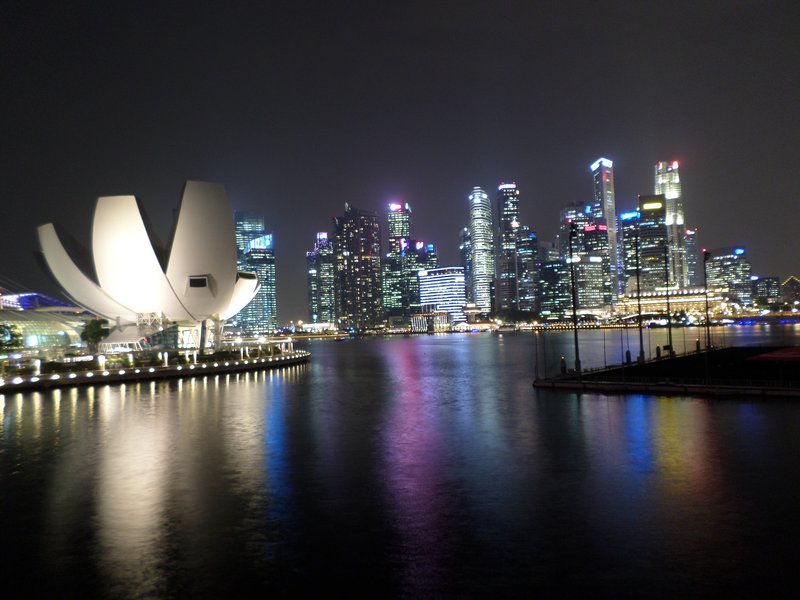 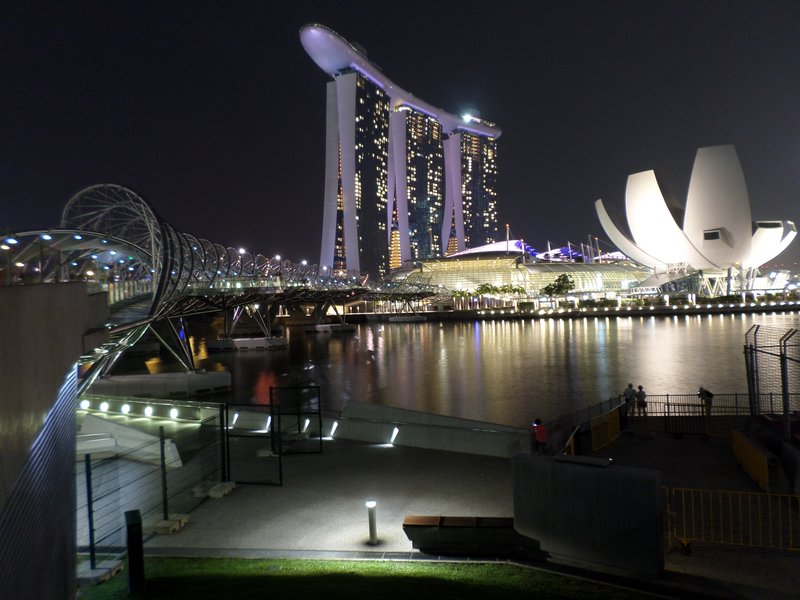 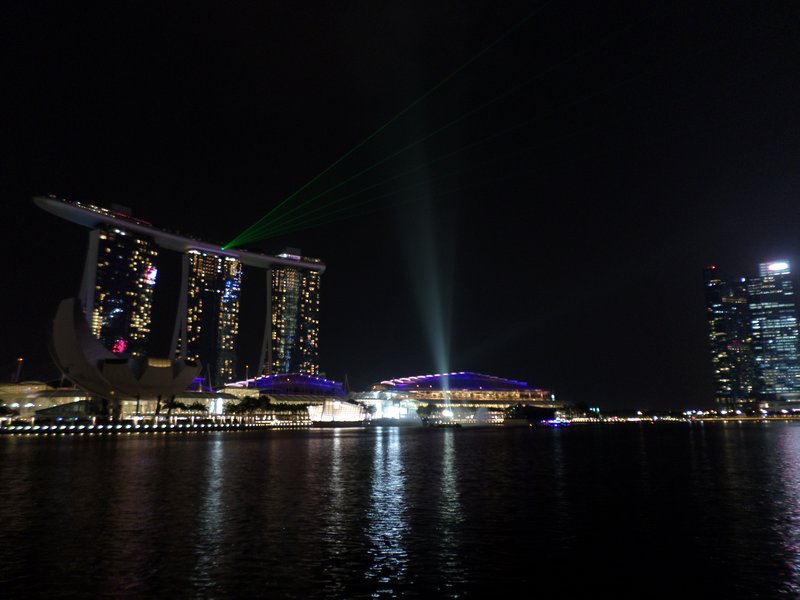 I sat and watched the light show for a while…

I got back to my hostel very tired with a bad headache, I just slept from about 8pm all the way through till 10am! haha

The next day I decided to visit the Gardens by the bay, which looked so spectacular from the sky deck. They really were amazing, and still growing and developing. it’s basically a massive tropical garden, in the centre there are artificial trees which support the vegetation with lifts inside them and bridges between them. It’s beautiful! 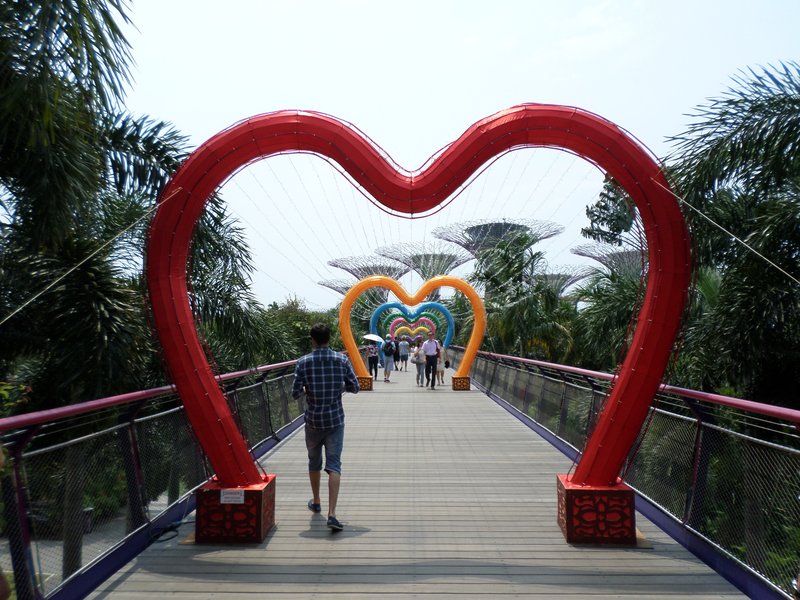 The love bridge into the gardens 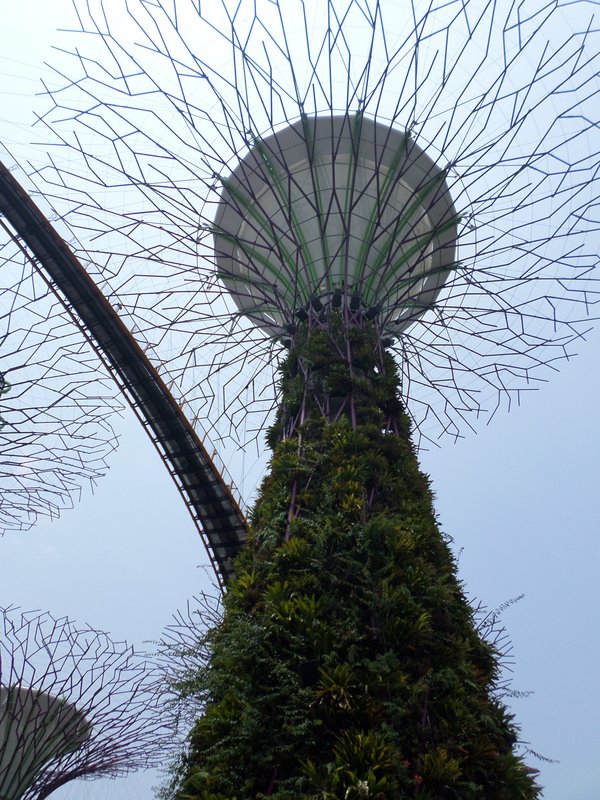 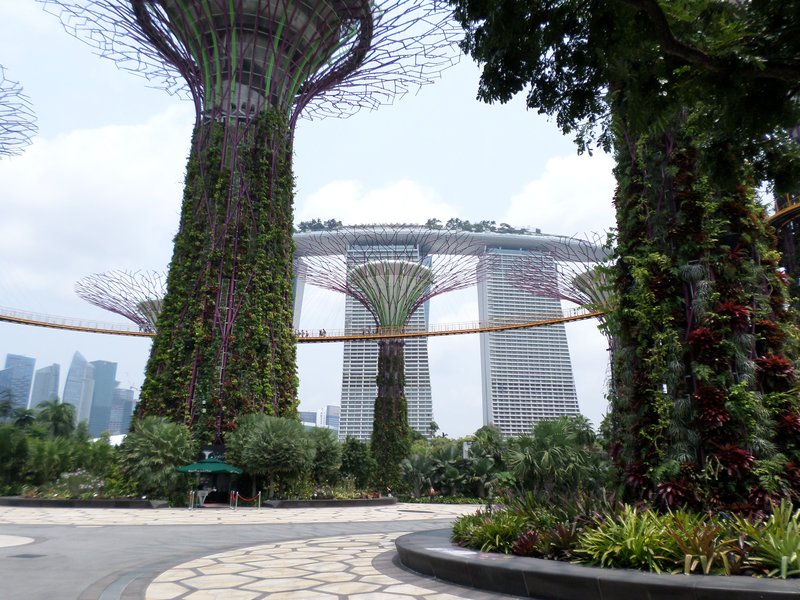 On my way back to the bay I walked past loads of people seemingly randomly sleeping under a bridge! I don’t know if they were workers nearby or motorbike taxis?? Very bizarre haha 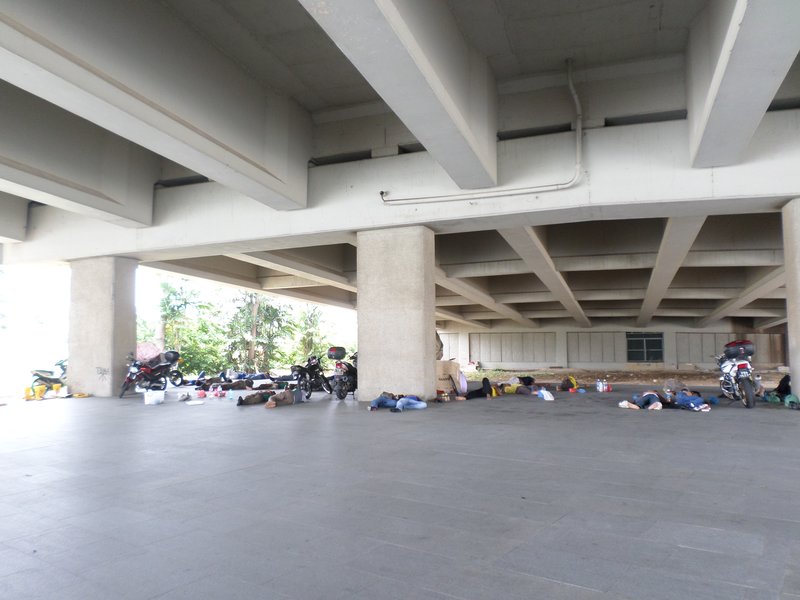 Singapore was great to see, but I didn’t really connect with it, and it was far too expensive for my measily backpacking budget, so that afternoon I caught a bus back into Malaysia via Johor Bahru and then on to Kuantan.