I flew back to KL from Kuching and checked into Sunshine Bedz, which was a cheap backpacker hostel very close to the centre. By this point in the trip my preconceptions of backpacker accommodation was beginning to fade. It’s true that there were a lot of young travellers who come away to booze and party… but there are always other more rounded people at these hostels too. And let’s not forget, that I do love a good party too… I didn’t have to wait long for one either!

The first day started normal enough. I met a British girl named Claire who I made friends with very quickly and easily. We visited the famous KL malls, Timesquare, Pavillion and the Electronics mall. Luckily they are almost as interesting even when you don’t spend money! One had a rollercoaster inside it! 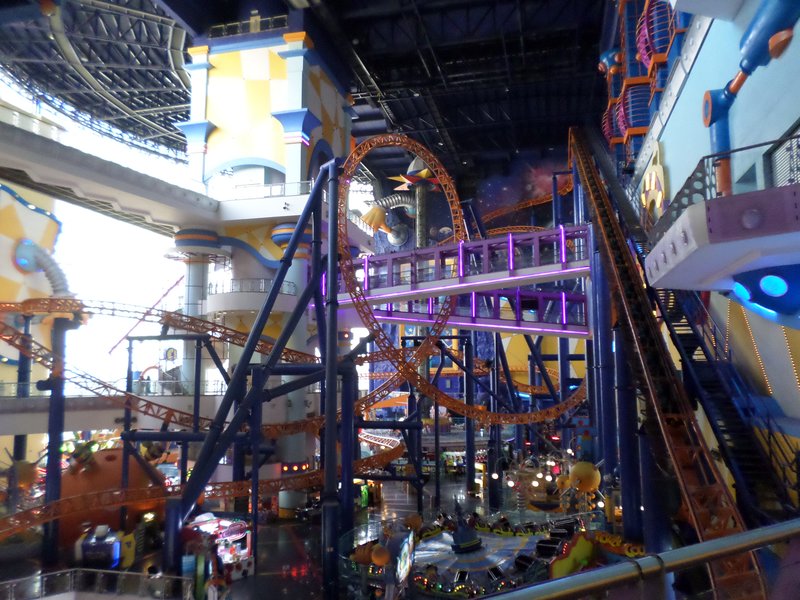 We ate in the main street food area on Jalan Alor, where I discovered my favourite Kari Mee noodles yet! I think I ate here every day after that!! Then in the evening the owner of the hostel, Patrick, convinced a group of us to go out. We ended up very drunk in an Irish bar! 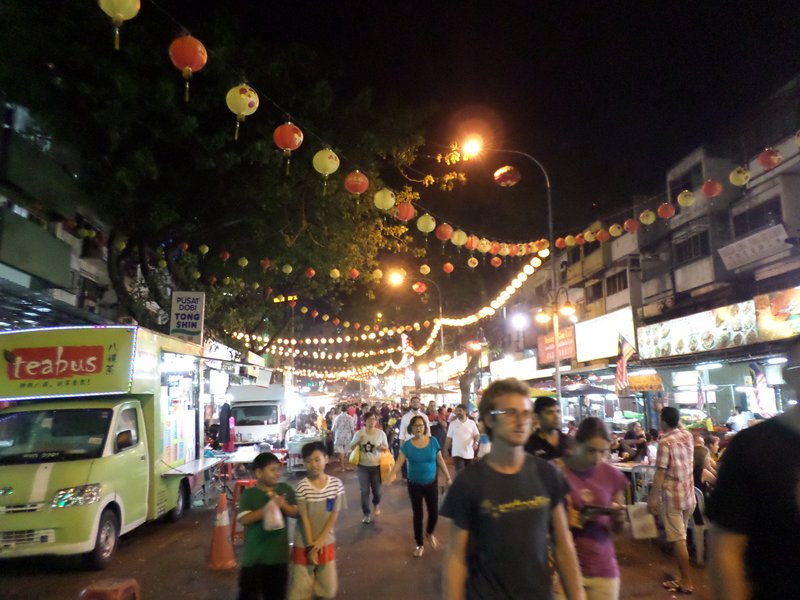 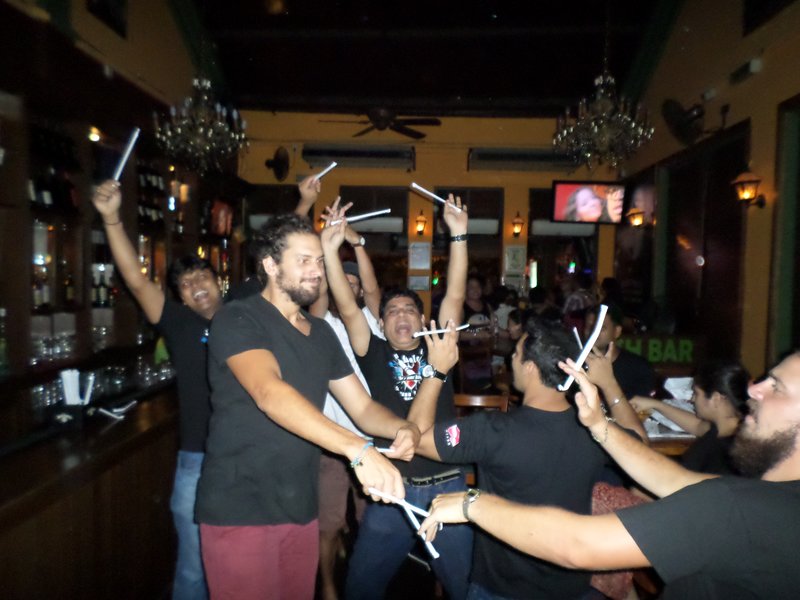 I don’t know where these straws came from, or what we were doing with them! 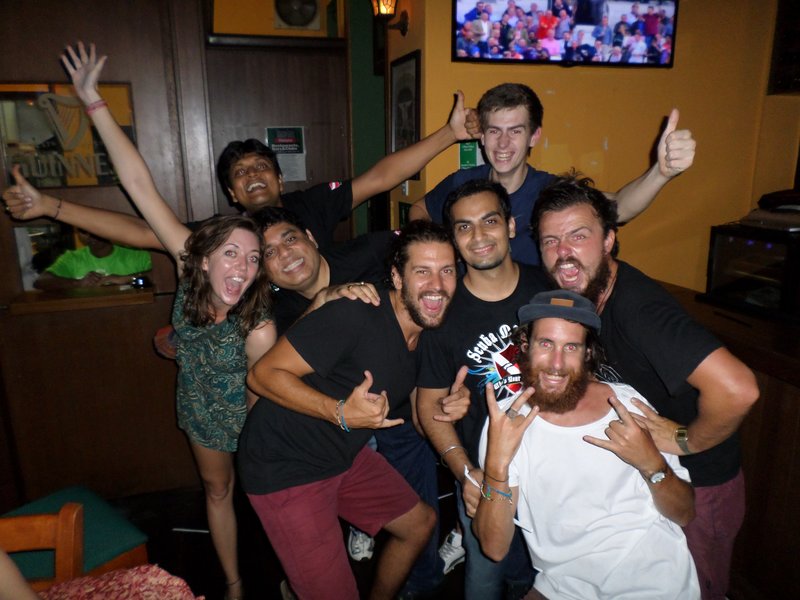 No surprises that I got up very late the following day, and the weather was very overcast. I decided to walk down to see the Petronas towers and gardens – only after more kari mee of course… 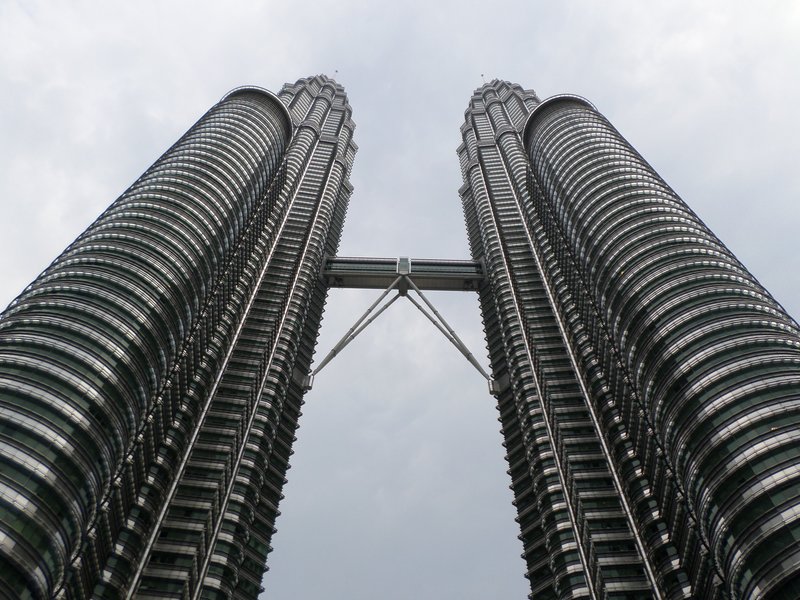 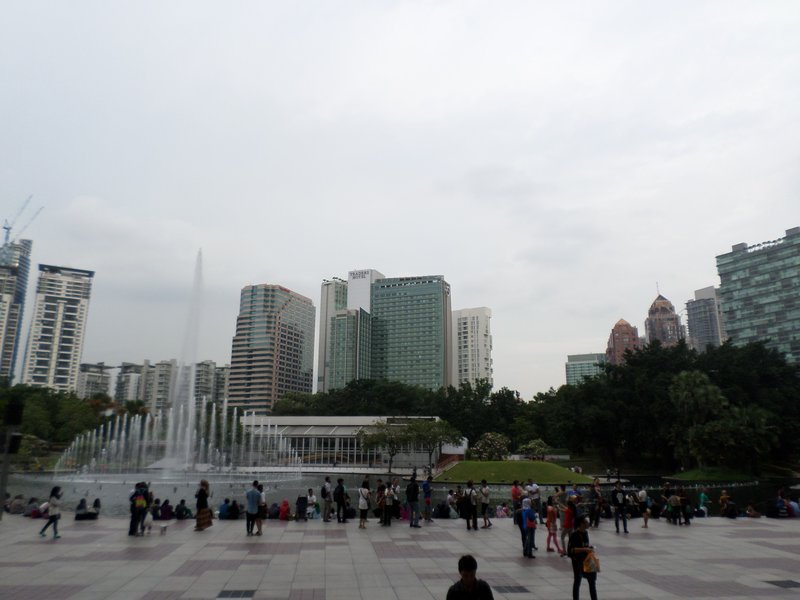 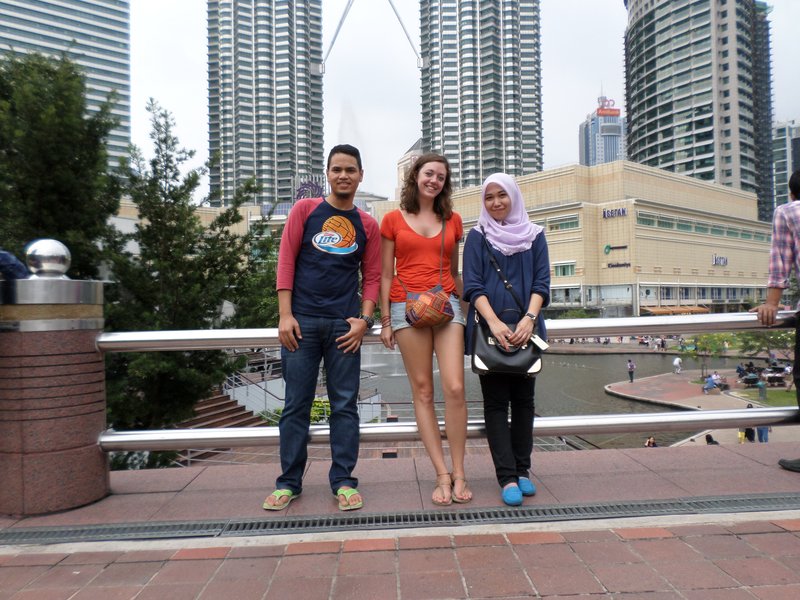 Chatting to some locals! 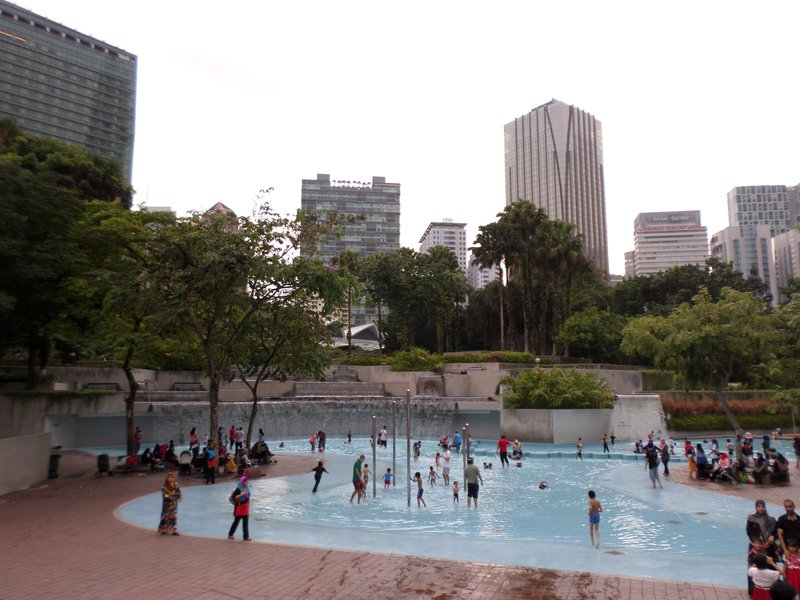 Locals cooling down in the park

That night ended much the same, with the same gang heading out to the local bars and clubs for too many drinks… 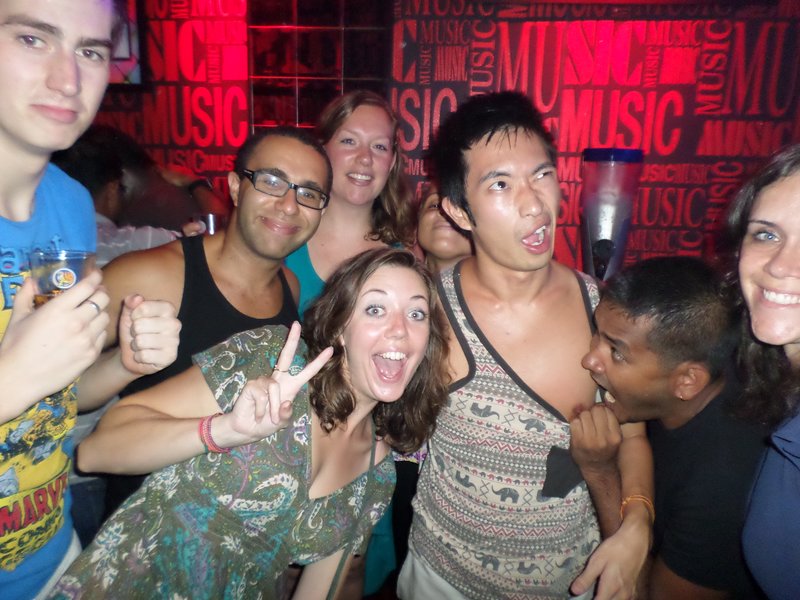 KL is an incredible city. So far, nothing like the rest of Malaysia I have visited. It’s a bustling modern metropolitan, with malls more impressive than any in Europe I’ve been to. There was also a lot more travellers here, which was good really as I got to make some good friendships and let my hair down a little!