Steve and I flew back to Bangkok. And with Steve staying only a few days before going to Indonesia, Paul going to Chiang Mai before home and Steffi staying in Yangon for his Chinese visa, it was to be the end of the gang… I planned to be in Bangkok on these dates to coincide with when Ben was in town for work.

The day I arrived, Steve and I met Ben for lunch before going out that evening for drinks around Silom district with one of Ben’s friends Mam. Wet had quite a bit to drink and ended up playing pool in a dodgy club at the end of the night! 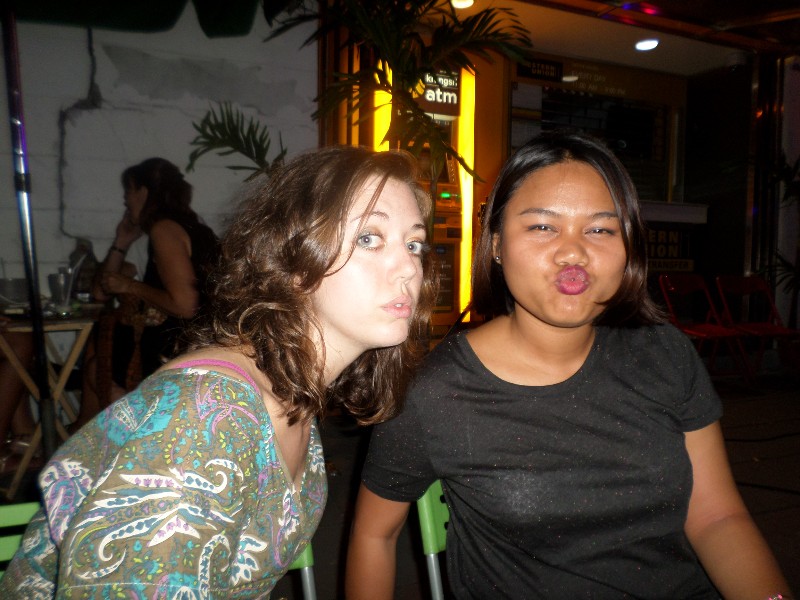 Trying to teach Mam to pout! 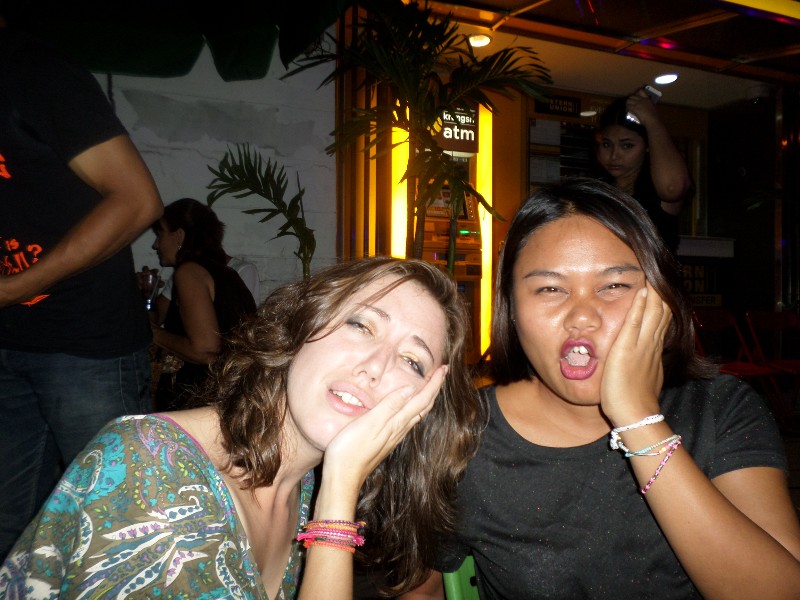 Apparently the new craze in Japan for selfies; toothache. 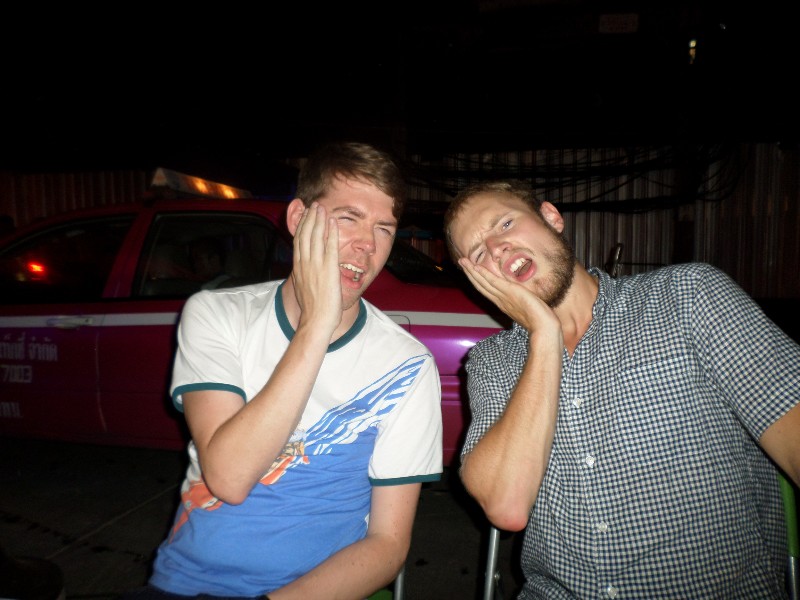 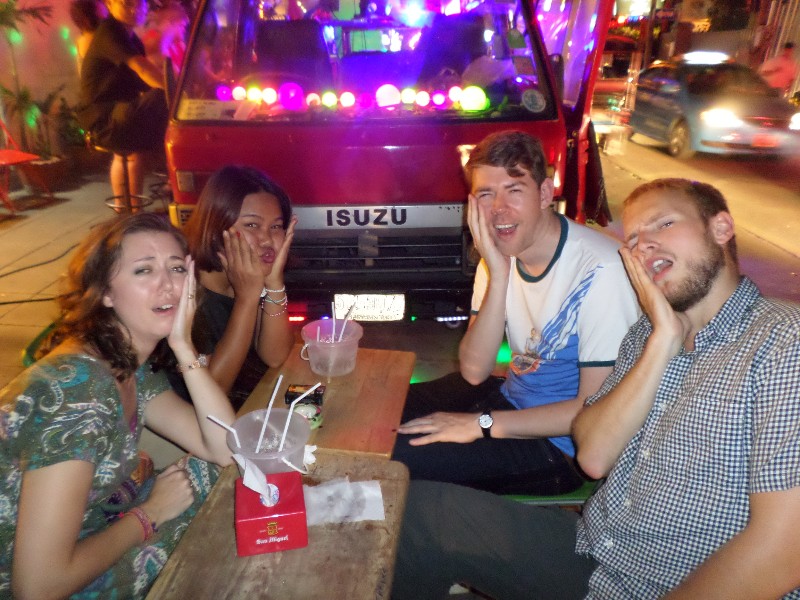 We all have toothache….

The following day I met Ben for food and some serious day time pool!! 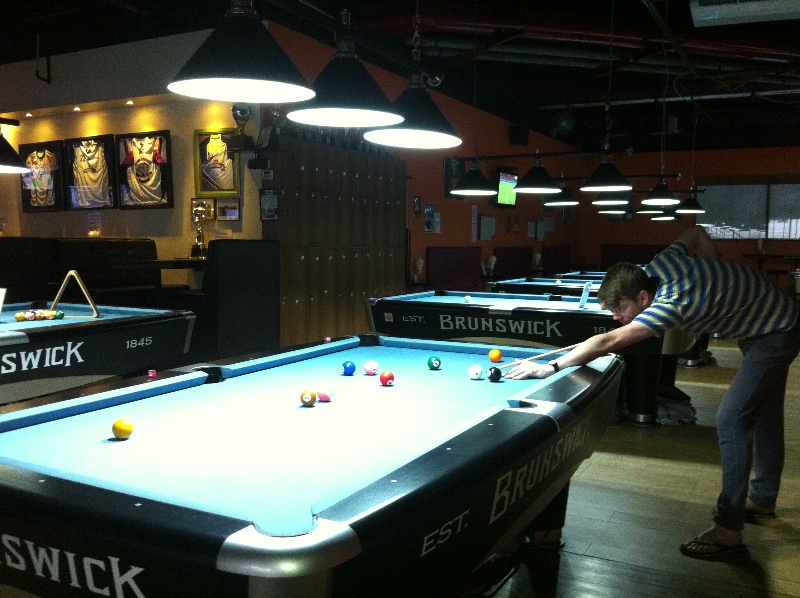 After we ate at a very cool mall which is designed and themed like an airport terminal; terminal 21. The food that night was delicious and we followed it up with some amazing cheesecake before watching the new planet of the apes. 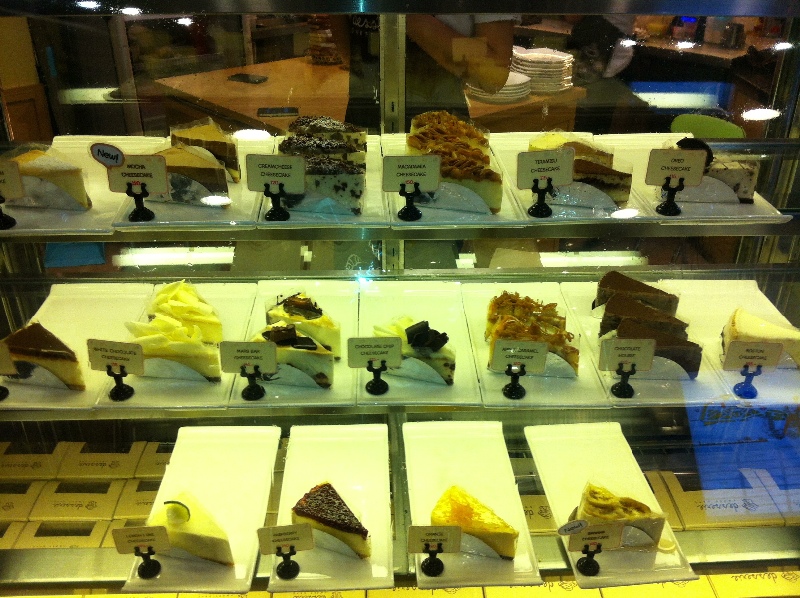 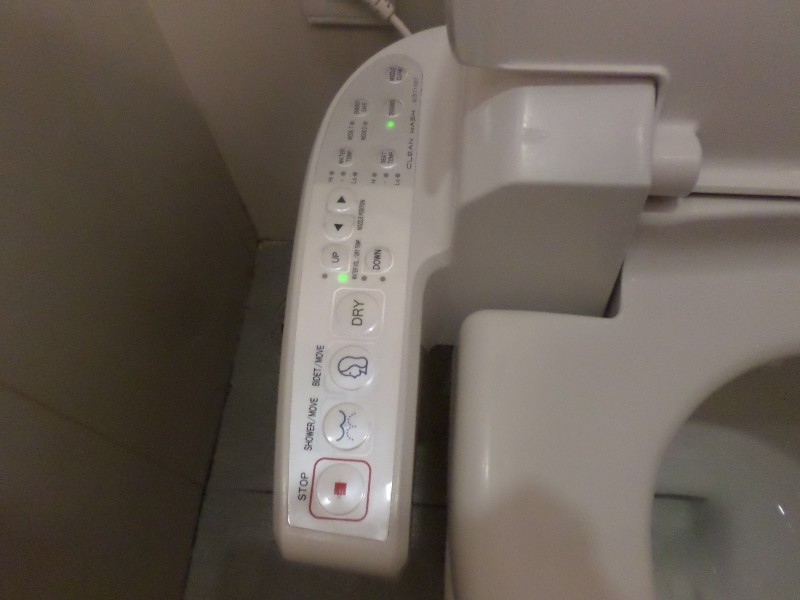 The mall was so posh it had toilets with controls… Yep, one of the buttons sprays perfume at your bum…

The next day, Ben and I went to Siam park theme park and water park. It should’ve been expensive, but with Ben’s expired (but no-one notices…) residents’ card we got in cheap.
The roller coasters were pretty good, there was one which went through a few loops and corkscrew before then doing it backwards. And one which was identical to the traumatizer which used to be at Southport. 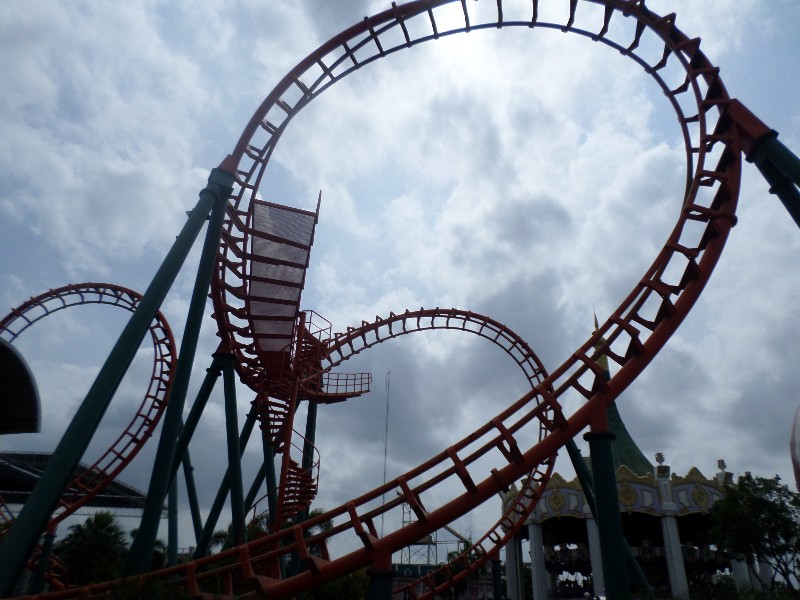 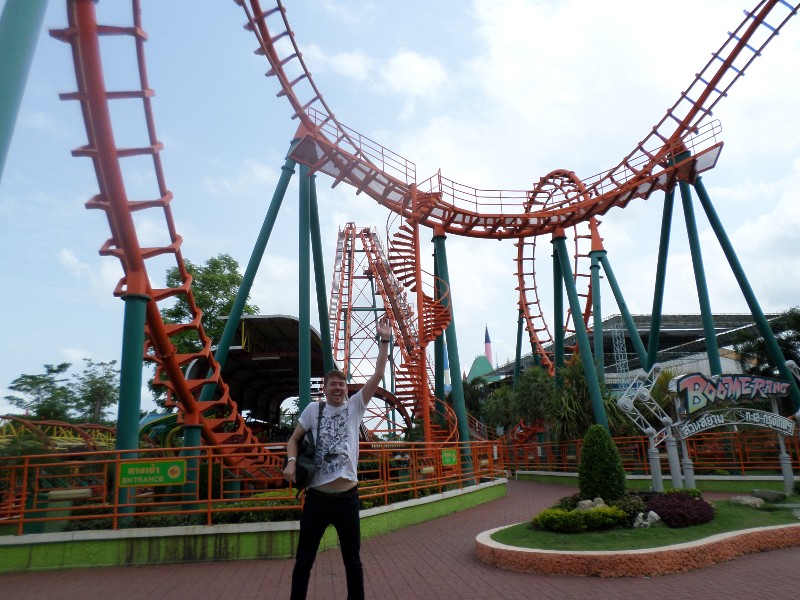 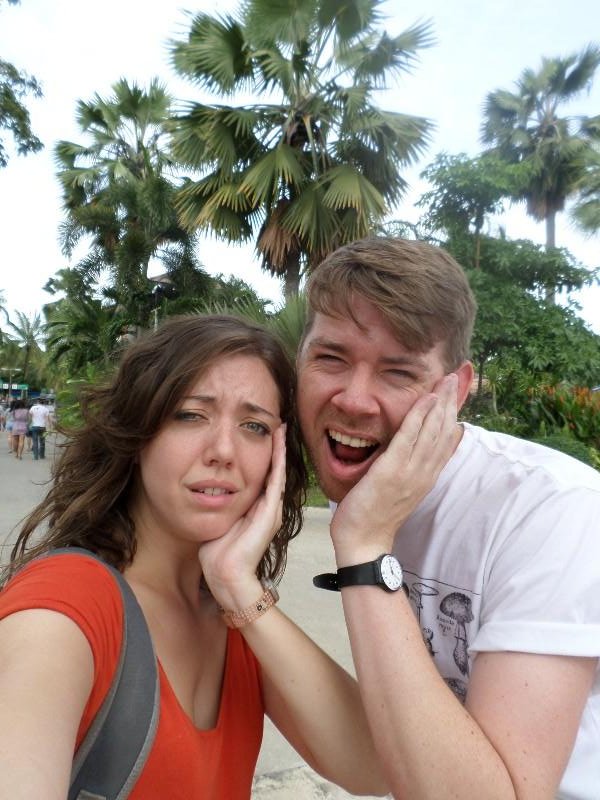 It was great seeing Ben, but on Monday his workshop started and so Steve and I decided to take a trip to Phetchaburi just south of Bangkok. I planned to continue south from there, and Steve would come back to Bangkok to catch his flight.