Yangon used to be the capital of Myanmar until a few years ago when the government, paranoid about naval invasion, decided to build a new city from scratch in the centre of the country. We never went to Nay Pi Taw, and I had heard from other travellers we were right not to as it’s a very strange city, brand new government buildings and streets, but deserted…

Again, we arrived very early in Yangon and checked into the cheapest option in town; Okinawa hostel. After a quick catch up on sleep we visited a coffee shop for the day (to steal their Wi-Fi), had amazing biriyani (best ever) then went to a Myanmar ‘club’ for drinks and a party.

The club was very weird… First, I got in free and the guys had to pay about $5-10, which included a drink. Women weren’t allowed to drink, which I only realised after standing at the bar waiting to be served for about 20 minutes. The manager told me because we are tourists I was allowed to drink, but after one I felt a little uncomfortable so just had coke.

But there wasn’t just the drinking that was weird… like the bar in Mandalay, the dance floor was like a stage and women, dressed in the same outfits, would parade around the floor to music (staring at the ground and walking very wooden). People stood around the dancefloor watching, and you could pay for the tinsel garlands and staff would deliver them to the women.

In the female toilets the women were getting changed into their outfits, stacks of bags in the corner held identical dresses and makeup. The women also left all their belongings, purses, mobile phones and bags in the toilets when they went on stage.

From what we could work out, and from what people told us (it was difficult to ask what was going on without sounding too nosy or rude) it was a sort of dating/potential prostitution outlet.
The women who receive garlands are obliged to go and talk to the men that bought them. This could either start longterm dating and a legitimate relationship if they like each other. Or, nothing could come from it at all. Or, at the woman’s choosing, the man could pay for something more.… It was very bizarre.

After all the parading, the dance floor was opened and everyone, back in normal clothes, dances. BUT… men and women are strictly not allowed to touch. Security from the club enforces this, and they will literally push people apart if they get too close! It was like a child’s school disco in England… I’m pretty sure this doesn’t help the high level of sexism in their culture as this even permits friendship, as since the music was so loud you couldn’t even get close enough to talk. It seemed like they made an exception for us though. God knows what they thought of me, one woman with three men…. :[

First impression of Yangon; a neglected, dirty city where men and women are certainly not equal. 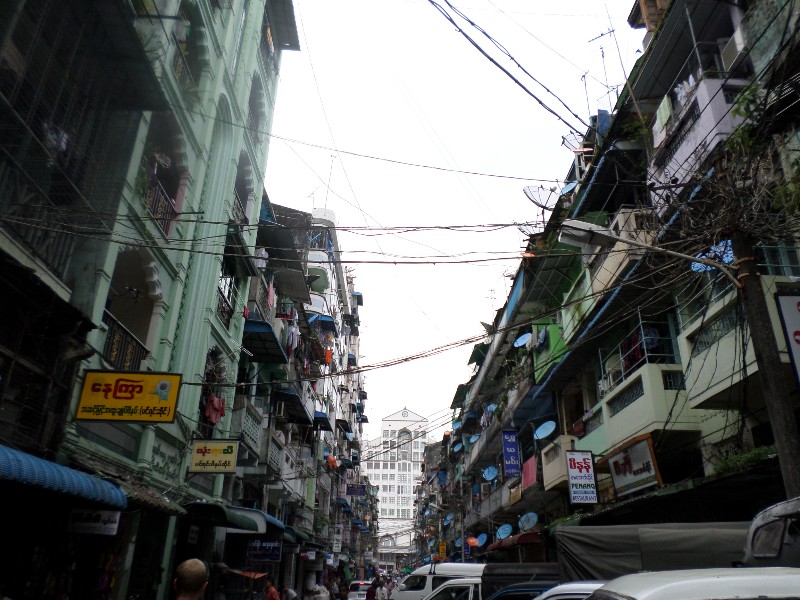 Yangon street outside our hostel 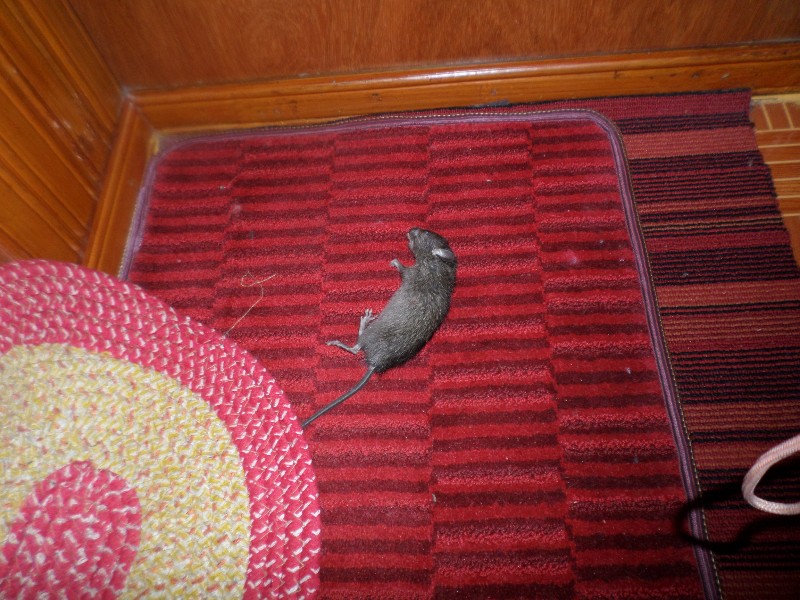 We arrived back to find this!

The following days were a complete wash out, with our time spent eating and stealing WiFi at various cafes. 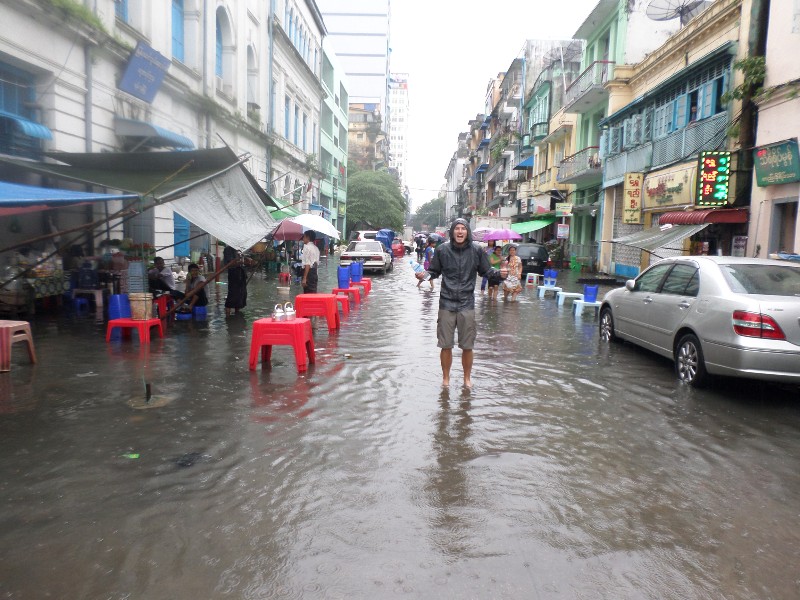 On one nice day we managed to get to the main temple in the city; Shwedagon paya. On arriving we realised that the entrance fee was $10 and so we got a few quick camera shots and made a fast exit… all other temples we’d been to were free… We felt a little exploited here (it was free for locals). 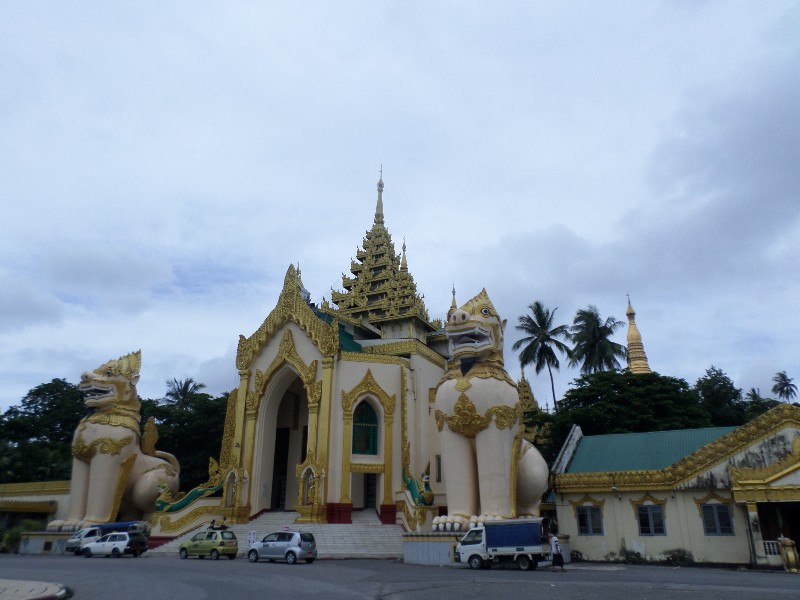 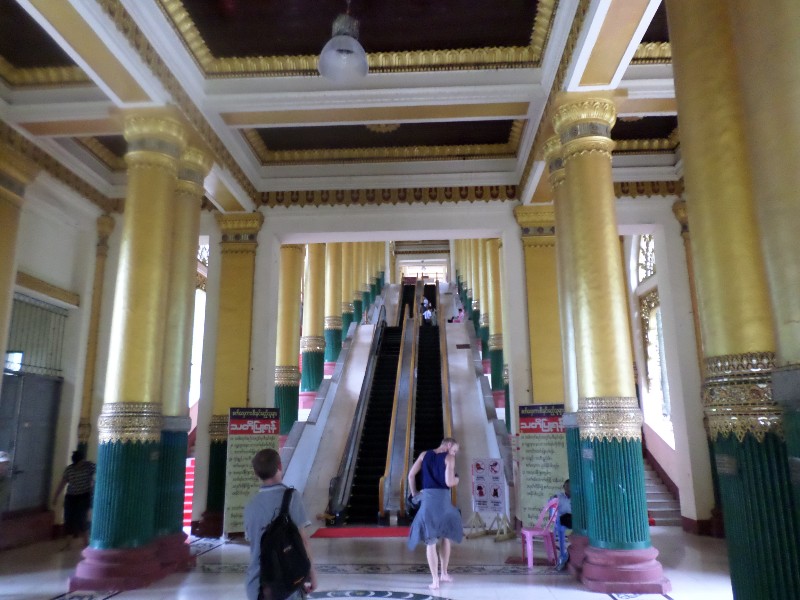 This one didn’t even have steps, it had escalators instead! 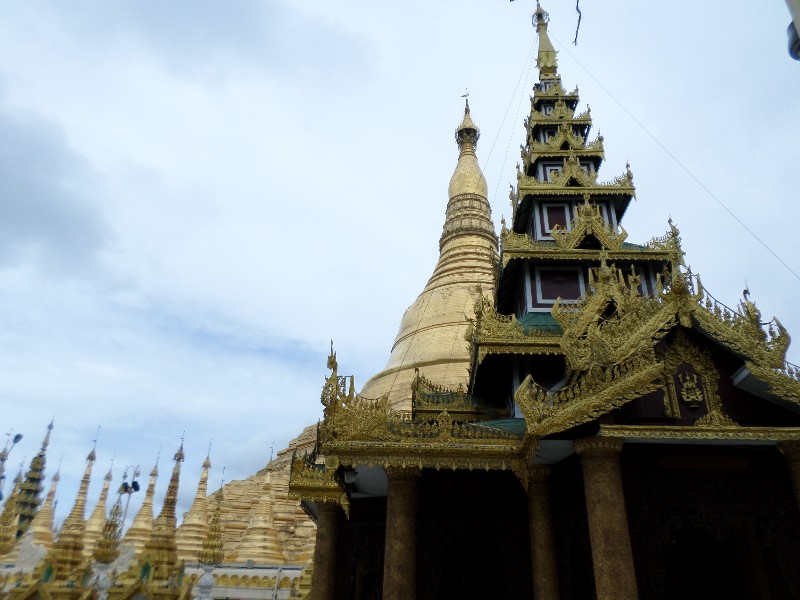 Quick snap and quick exit…
The whole way up to the top was full of hawkers and street sellers who continuously harassed us… So we took a different route down. 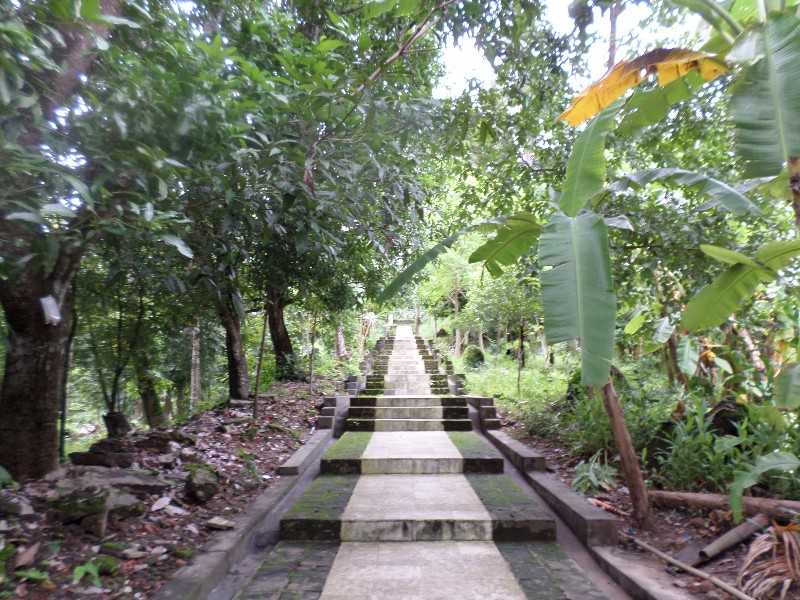 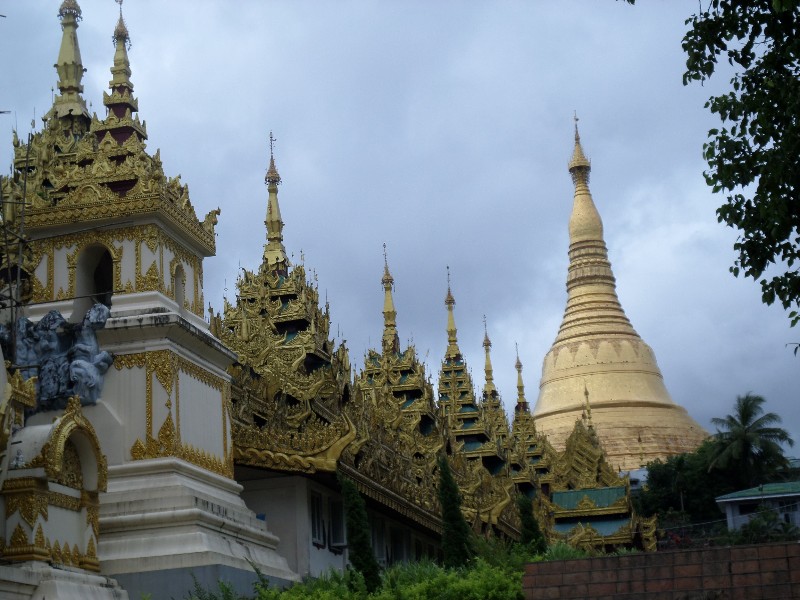 The temple was nicer from outside anyway!

We walked from here to Yangon zoo and botanical gardens, but didn’t expect much for our $2 entrance fee. 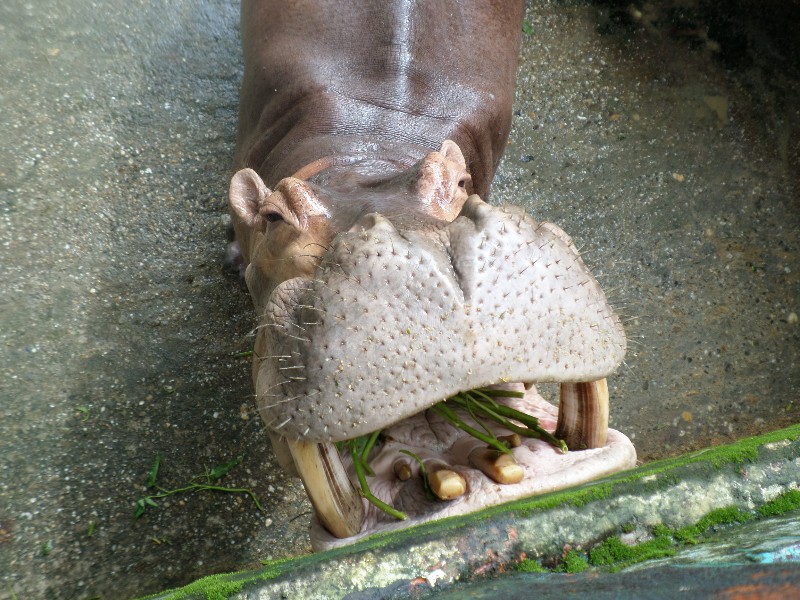 Steve had found an interesting bakery online; Yangon bakehouse. Which was a training and development charity for local women. So we got a taxi to there and had the most amazing cakes ever!

More Yangon bakehouse was to follow the next day, as well as the best Shan noodles I had at a little restaurant called Home K, next to the bakehouse.

That night we went to a different club, recommended by some Myanmar people we met at dinner. It was the same set up as the last place… women parading, no alcohol for women, but at least I get free entry…. :S it was getting difficult for me to watch the blatant sexism. Even in the streets, or going to a restaurant, the male waitors would ignore me, taxi drivers would only take directions from the guys, I was technically supposed to walk behind the men in my group not at the front… I realised how lucky I was too live in a society where women are (95%) equal.

Again we had a bit of a wash out few days, more bakery and more internet cafe. On the last day the weather picked up and we took the circular train line around the city. We paid a tourist price again, but it wasn’t much more and only $3. 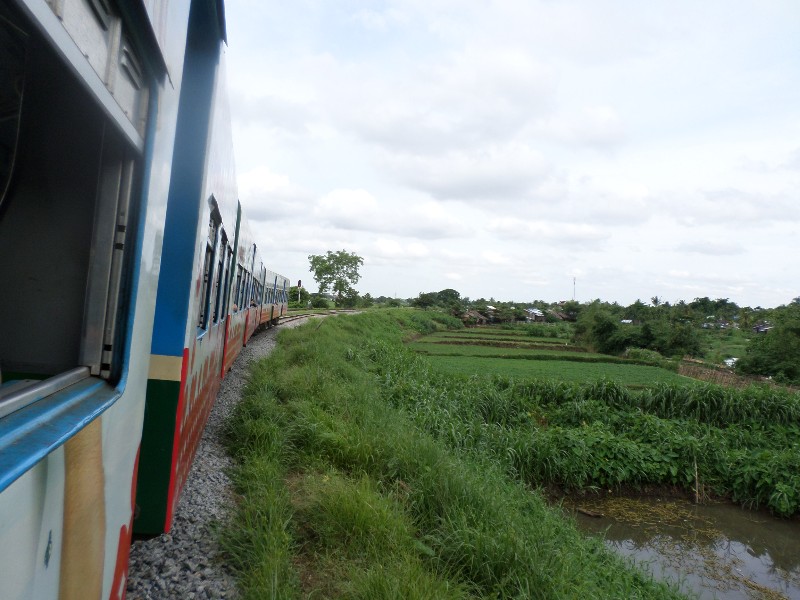 The train was old and very slow, most of the time we probably could’ve walked faster…

The city from the train really was dirty… 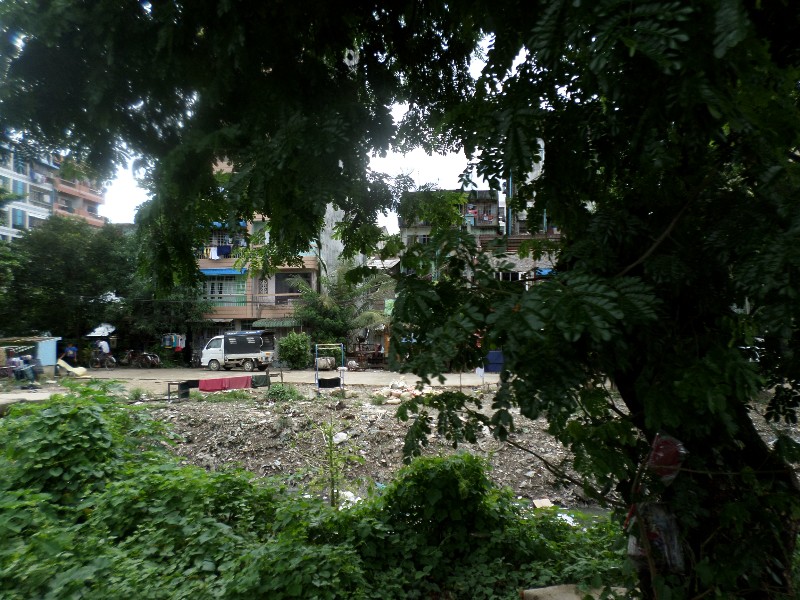 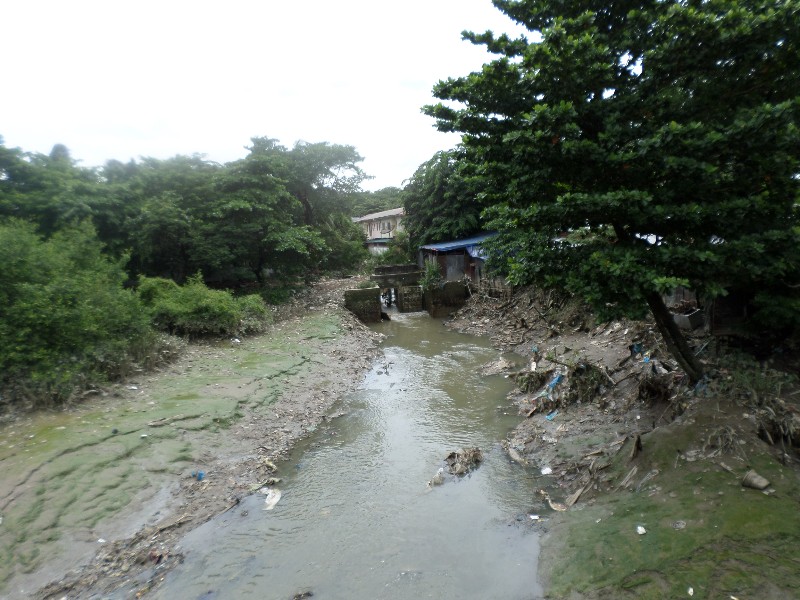 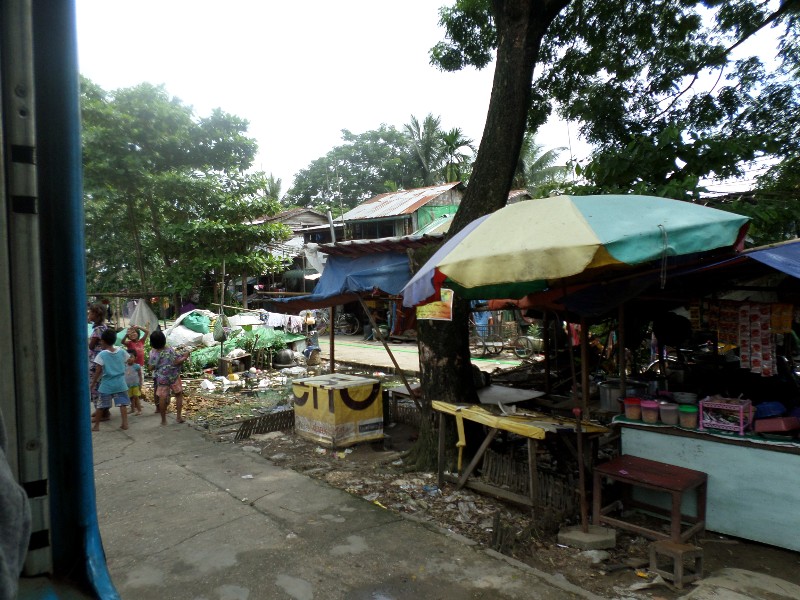 But the further we got out of the city and into the suburbs it got a little nicer. 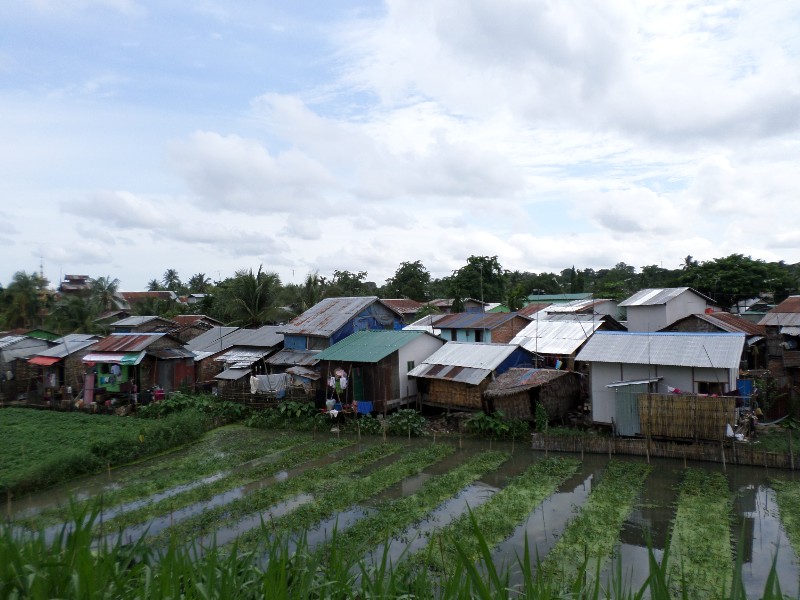 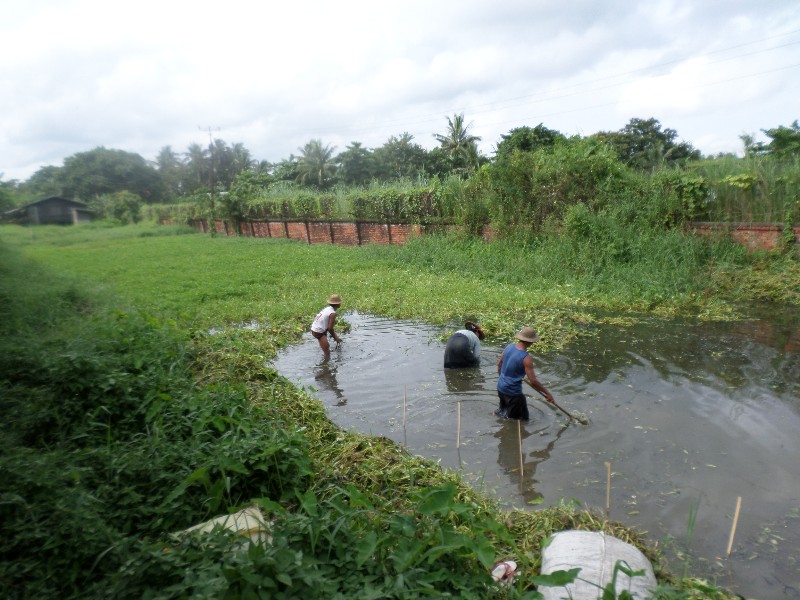 After the train we walked around part of the city northeast of our hostel. 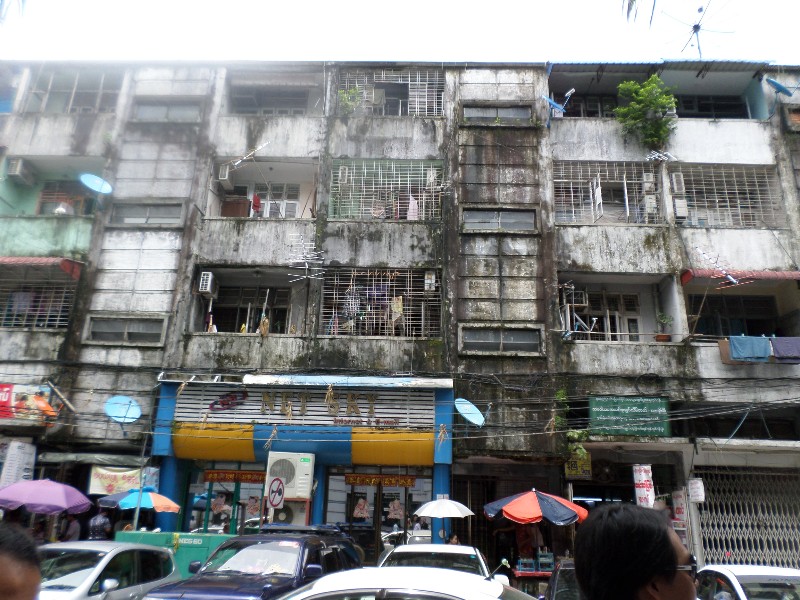 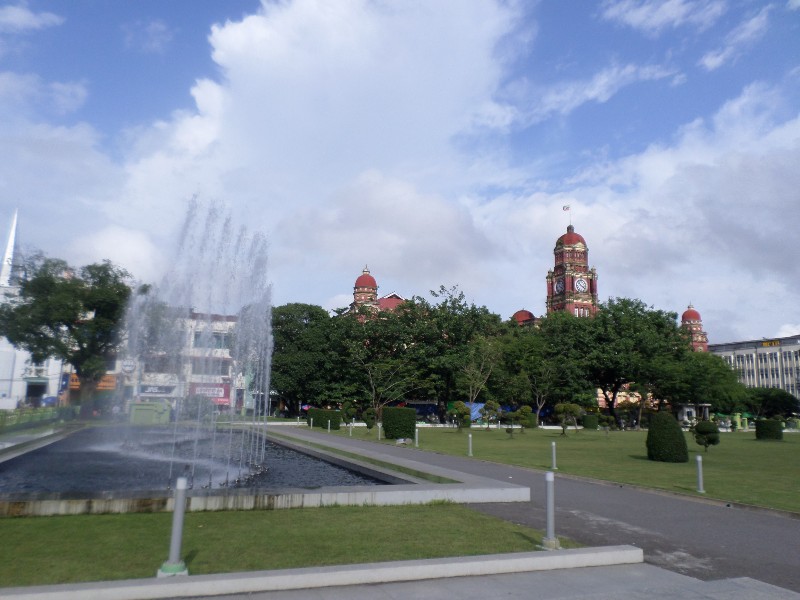 Next to a beautiful park… 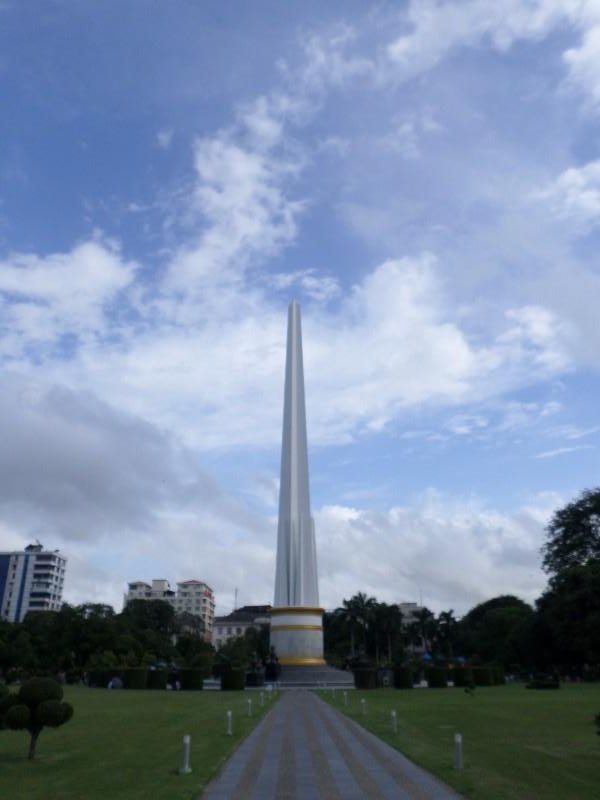 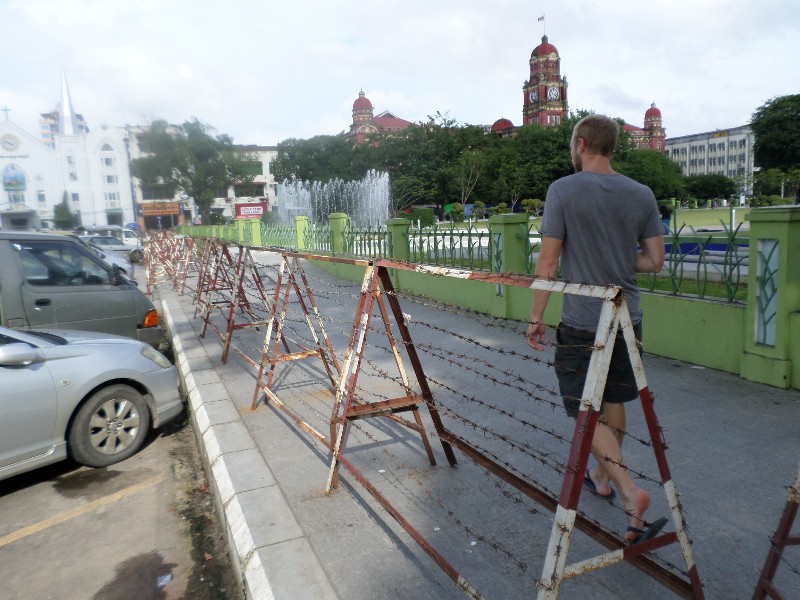 With riot barriers just in case…

And then to the little India area where there was a beautiful Hindu temple and amazing smelling food! Made a difference to all the horrendous smells and durians in the down town area… 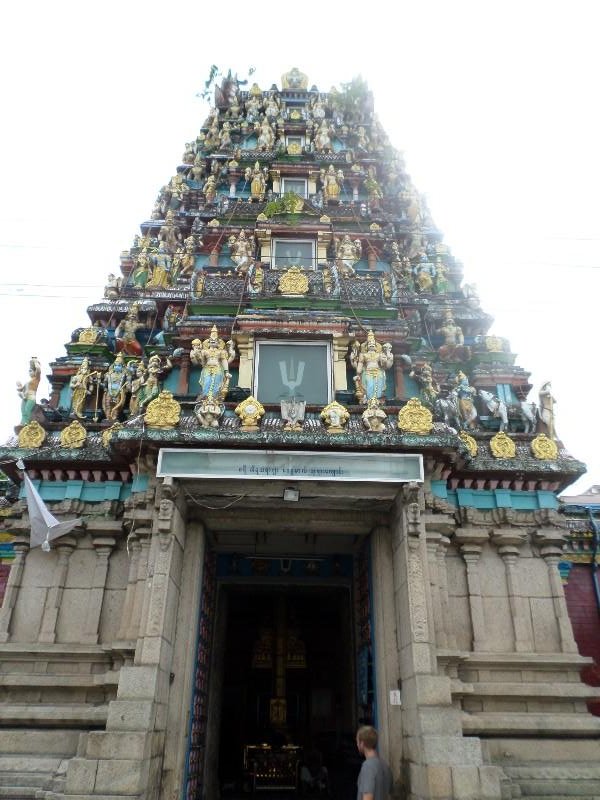 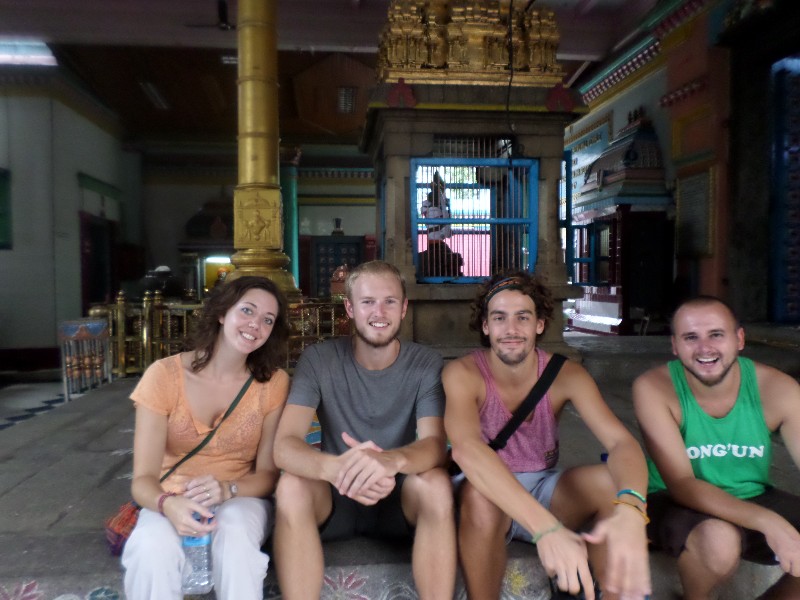 I really enjoyed my time in Myanmar, but ending the trip in Yangon did disappoint me. Before here, my impression of Myanmar was as a clean beautiful place with friendly people. Yangon was dirty with unfriendly faces and a sexist culture more prevalent than in the rest of Myanmar. In my trip so far, it is probably the only place that I didn’t enjoy staying in, and if it wasn’t for our flight booked out of here back to Bangkok I would’ve left after a day. But, we did find the bakehouse, a great charity organisation, and learnt more about the cultures and society.