On Saturday Ben and I decided to visit the weekend market at Chatuchak park, about an hour’s bus away. The market was so vast, with most parts inside purpose built buildings. There were a range of shops mostly selling really cool clothes, homeware, accessories as well as food outlets and souvenir type shops. It was a really great market that made me wish I had endless space in my bag! 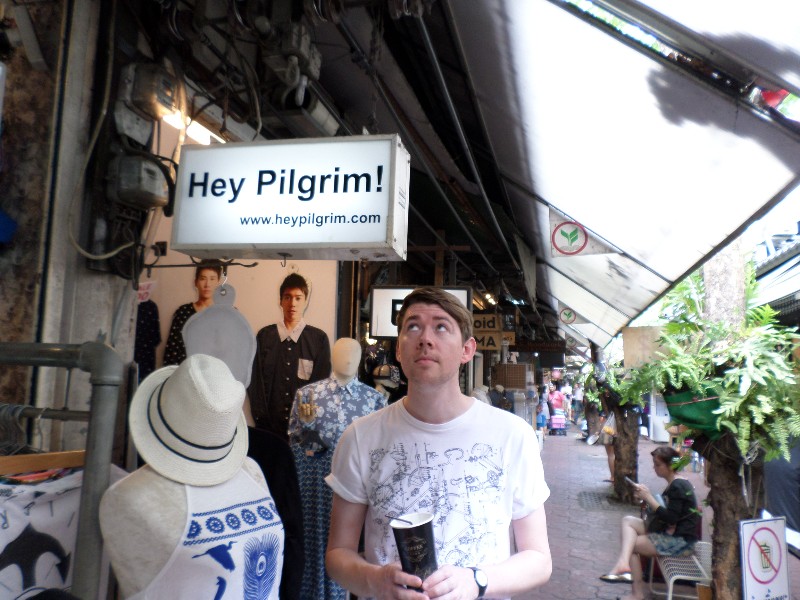 The neighbouring parks were beautiful too. A lot of people on bikes or just chilling out in the heat. We were thinking of getting bikes but I think the walk to the bike rental place tired us out to much! Along the way we saw a butterfly pavilion and a lady with a pretty baby squirrel which was so cute! 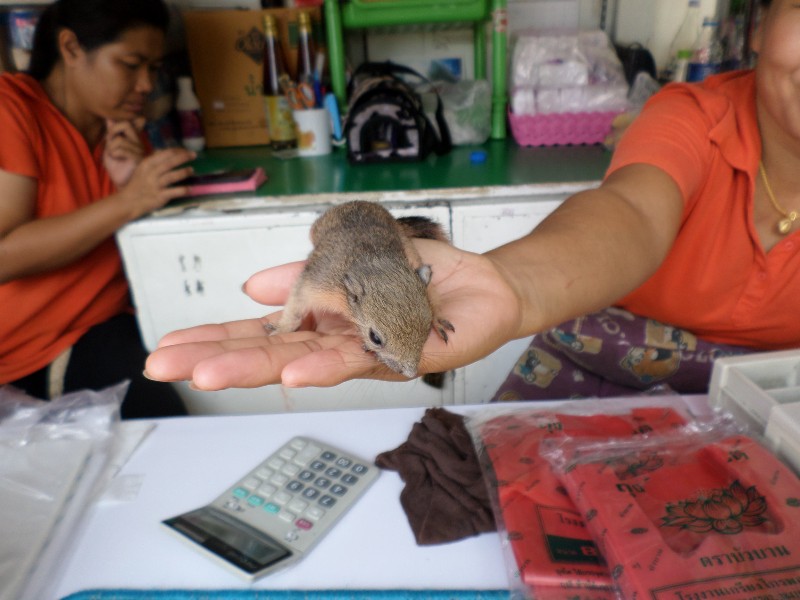 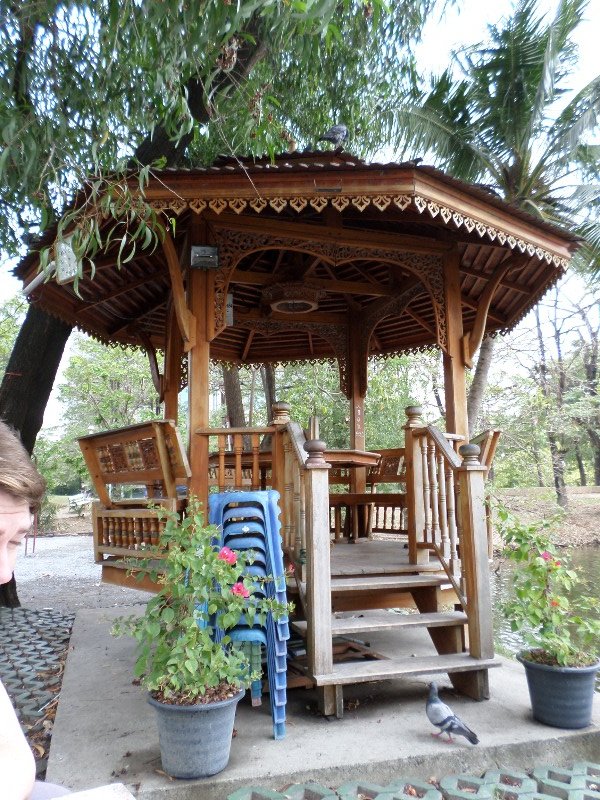 After a quick relax by (and in) the pool at Ben’s apartment, we ate at a restaurant on Rang Nam rd. The food was incredible, I think my favourites have been chicken with cashew nuts, son tam (papaya) salad and sour pork. The green curry we had was so different to those in the UK, I think the Thai basil has a strong aniseed-like taste. 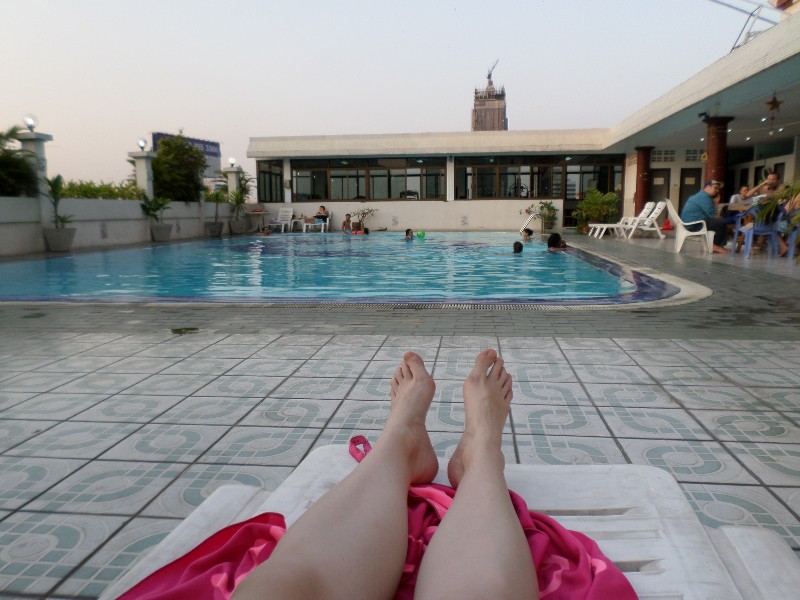 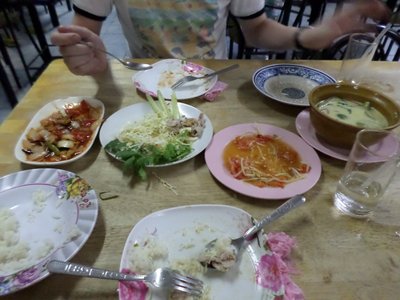 There was an alcohol ban across bangkok this night too, but rules are meant to be broken right?! So we headed over to khao San rd (the backpacker district) where we were served drinks in paper cups! Since the usual way to drink in Thailand is to purchase a bottle, our half bottle of sangsom rum didn’t look too appetising in a paper cup, but it still went down easily enough!! 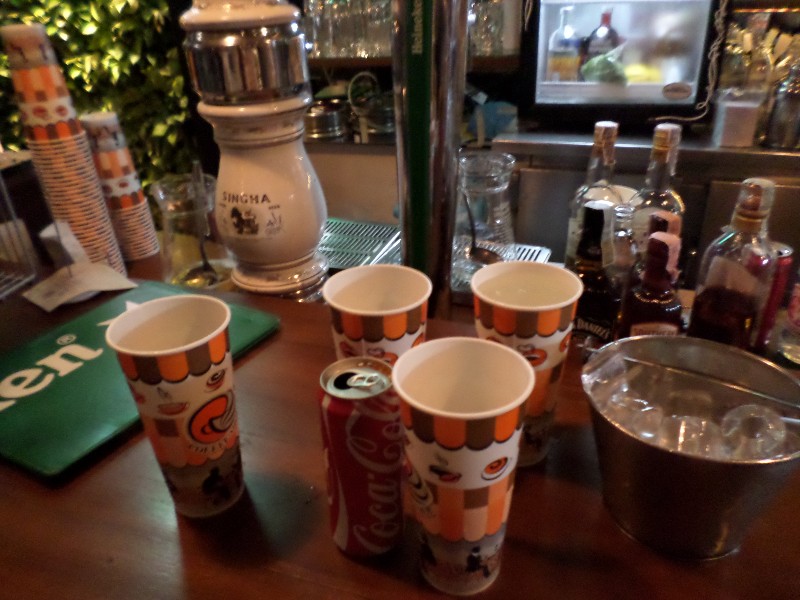 The next day (Sunday) I took quite easy. I got some bad blisters on my feet from walking a lot, and started with a little heat exhaustion. Ben and I visited the mall and I spent the evening with Wilma, a girl I met from my dorm. We had pad Thai and drinks at a sky jazz bar. 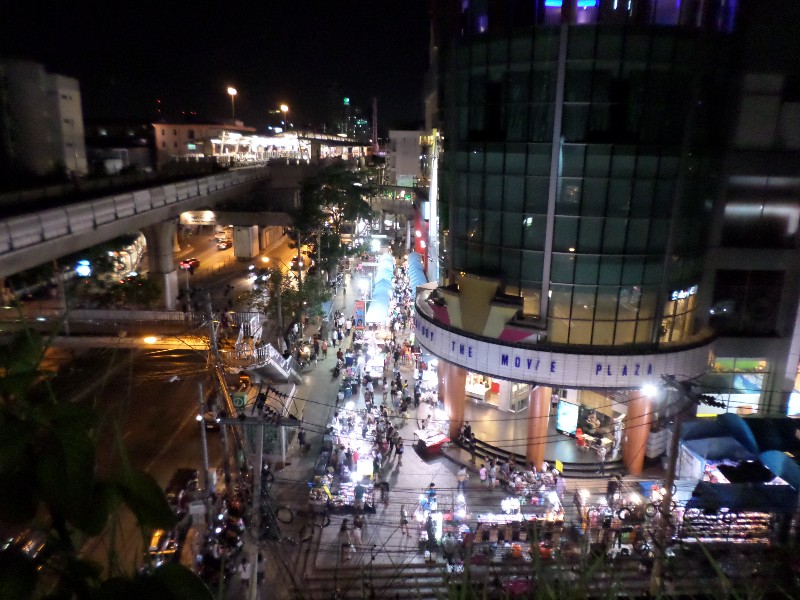 On Monday, Dan flew out to join us on a last minute holiday during his half term. Dan, Ben, Wilma and I took a local boat over to the golden mount, a giant golden stupa up 200 steps. The views from the top were spectacular, and along the route up there were bells and gongs which you were allowed to play! 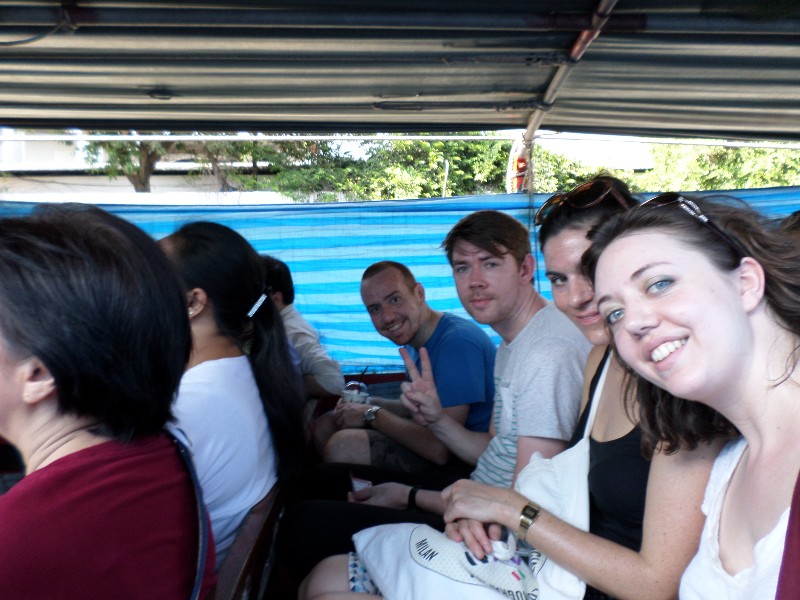 Selfie on the boat! 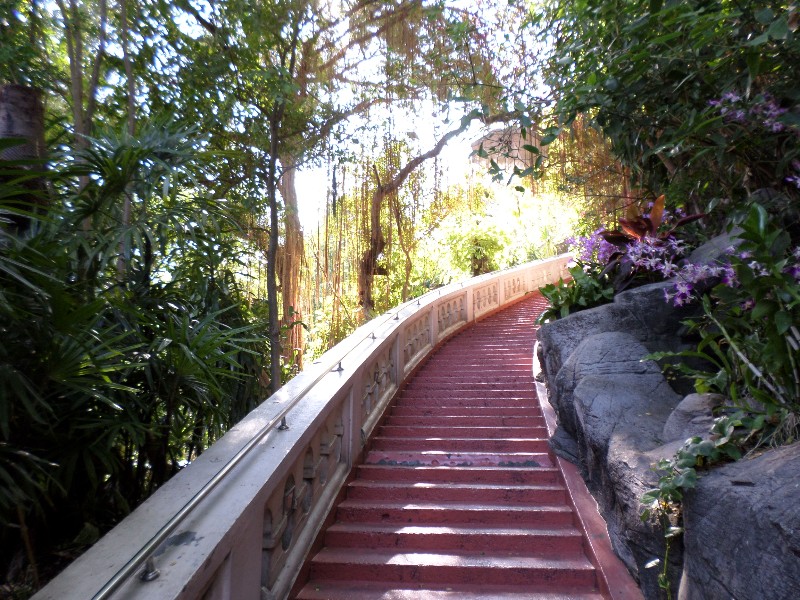 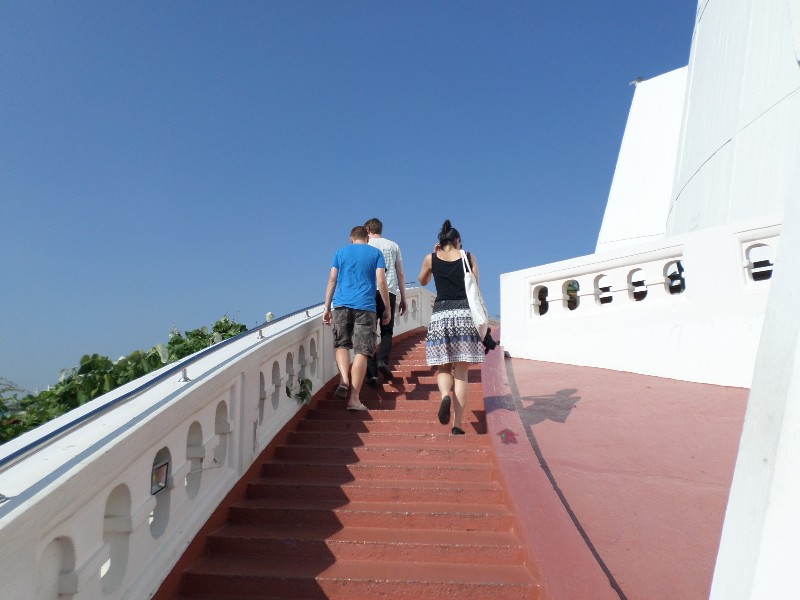 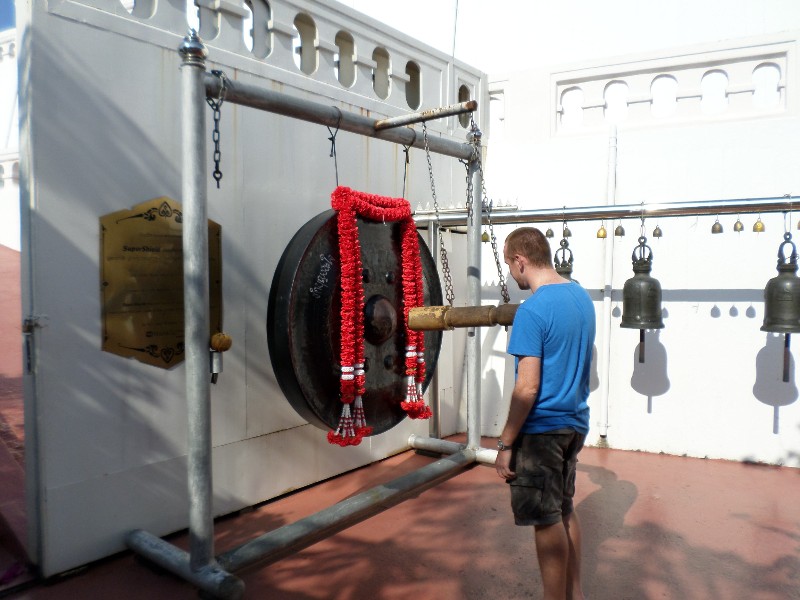 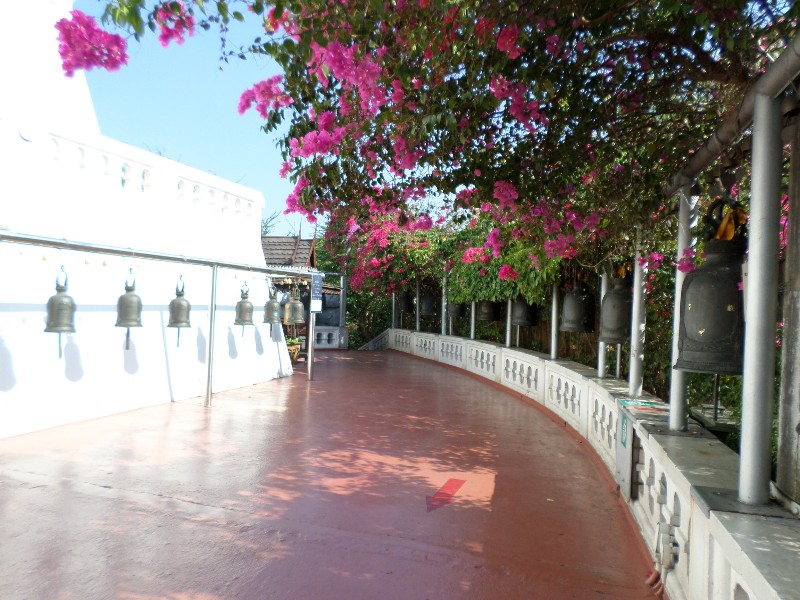 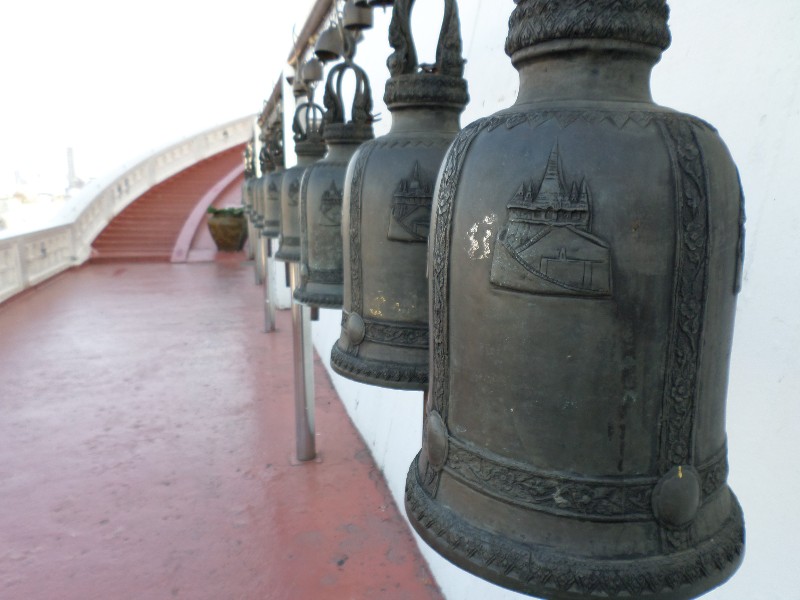 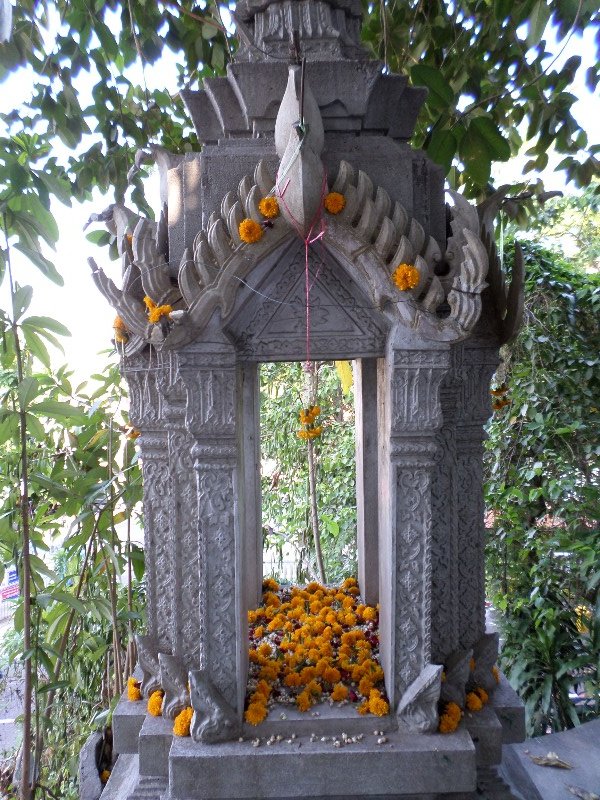 The stupa wouldn’t fit on my camera screen, so I didn’t try! 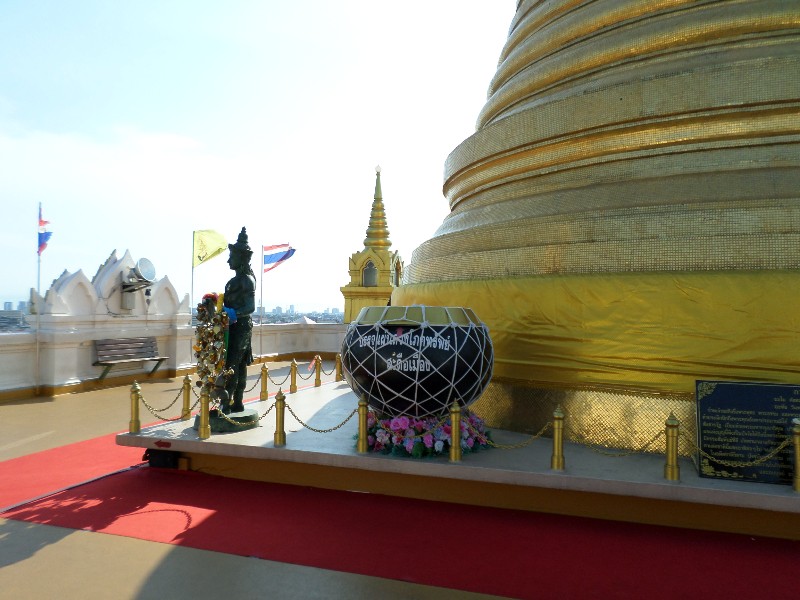 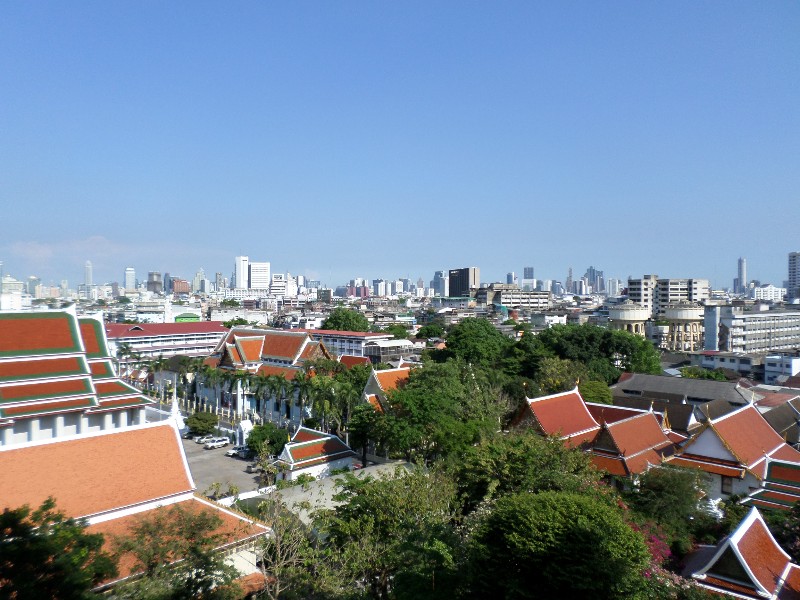 We spent the rest of the afternoon in Ben’s pool, playing and messing around before eating at a local restaurant. The evening ended (like many others with Ben and Dan) in a pool hall! Where we fought for the title of “UMPSC bangkok open”! Ben won…. as usual! 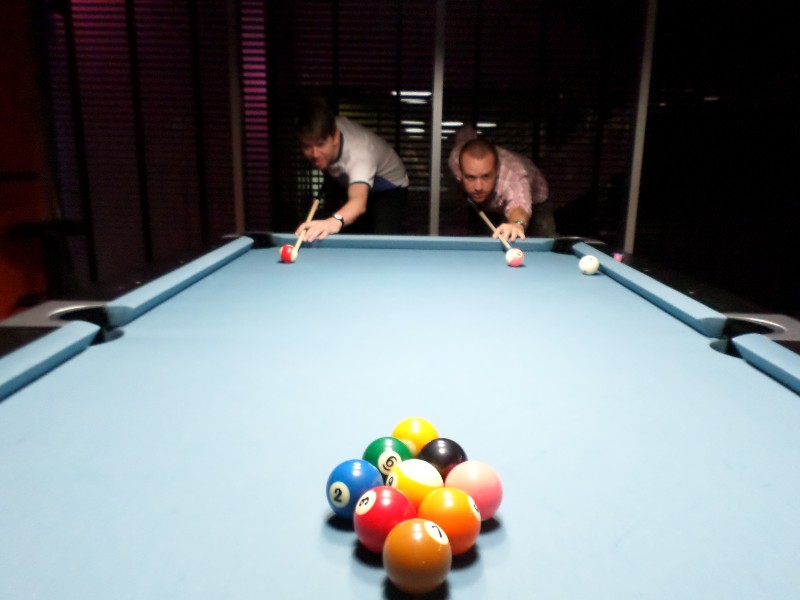 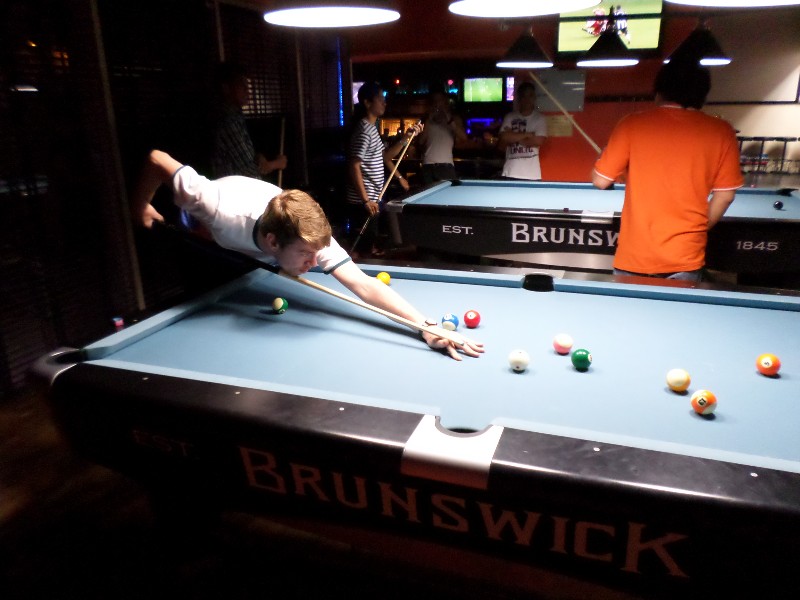 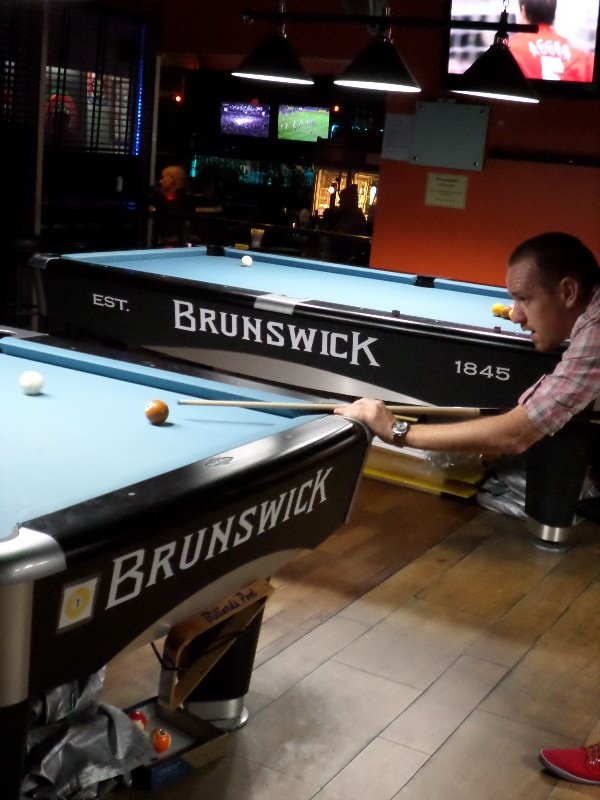 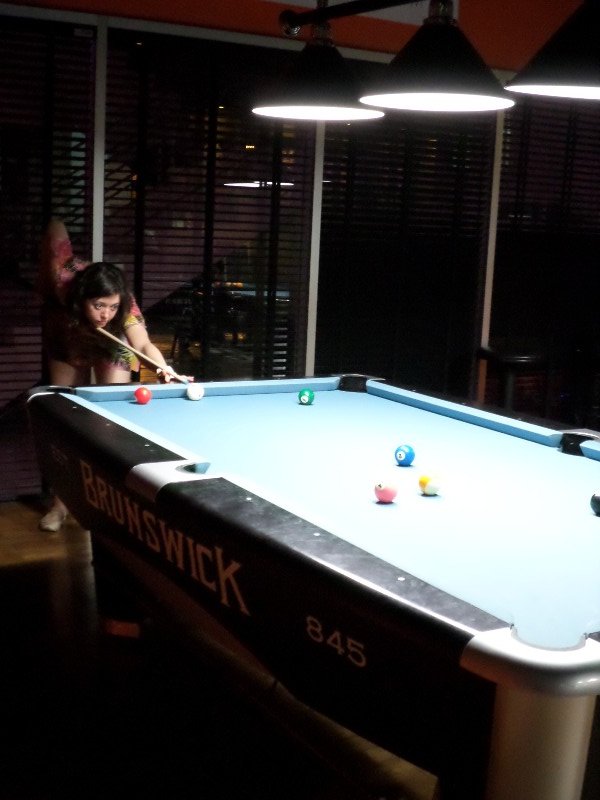 Tuesday was a lazy day by the pool, and the 3 of us held a private diving competition (most of which is filmed!) and played a lot. We ate at a Japanese restaurant and had some local drinks, but retired early so we could get up at 6am to travel to Kanchanaburi the following day.