The fast boat arrived from Padang Bai in to Gili Trawangan (Gili T), one of 3 small flat islands off the coast of Lombok, fairly late in the day. It was funny watching lots of holidaymakers arrive alongside us struggle with their massive suitcases that were not very practical for island living! There was no pier and we just had to jump into thigh deep sea and wade to the shore, and then there was no road for a wheeled suitcse anyway! A lot got their bags completely soaked and a few lost flip-flops along the way… I was so glad to have a travel backpack which was relatively small and light!

We checked into Banana Leaf bungalows here, which was simply stunning and had a great atmosphere. There are no roads on Gili T, so you see lots of people, donkeys or mopeds pulling big carts along the sandy roads.

The biggest initial difference we noticed between Lombok and Bali was the religion, with the single mosque on the island belting out the call to prayers at all times of the day and night… We got used to it eventually…

The second was the terrain, although it was difficult to tell immediately if this was due to Gili T’s island location, but the lush green jungle vegetation of Bali had been replaced with a desert-like environment, all sand and stone. 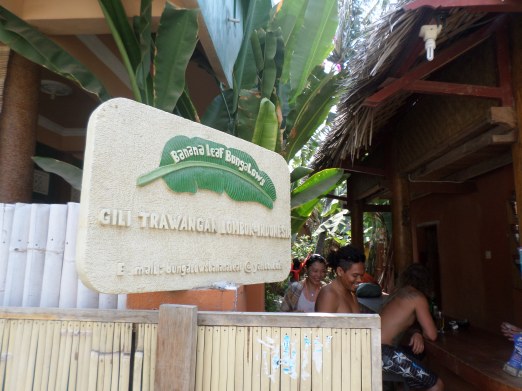 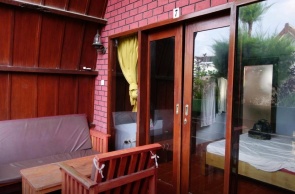 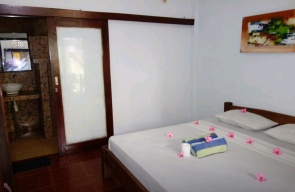 That evening we headed down to the night food market which had a huge array of fresh fish ready to be barbecued. After which we went for drinks along the beach. Gili T was much busier and more commercial than I had envisaged and there were plenty of bars and restaurants, although they seemed to attract the holiday crowd rather than backpackers.

For the first day on the island we just headed to the main beach, where we hired snorkelling gear for cheap and headed into the sea. The beach was one of the most beautiful I’ve ever visited. The ocean here was so blue, and. crystal clear.

in the water, however, the current was incredibly strong, I got swept away a few times and had to struggle back to the beach out of breath and panicked. It was a good job it was towards the end of my trip when I had got very fit as if it had been at the start I don’t think I would have had a chance…

The snorkelling was incredible though, and just out from the beach we saw a turtle bobbing about! Lombok and Gili T in particular are famous for turtles, and many use the islands as nesting grounds. Just up from the beach was a turtle conservation centre which had lots of baby turtles in a small pond. It didn’t really look like conservation, more of a zoo for petting turtles, so we didn’t spend long here. 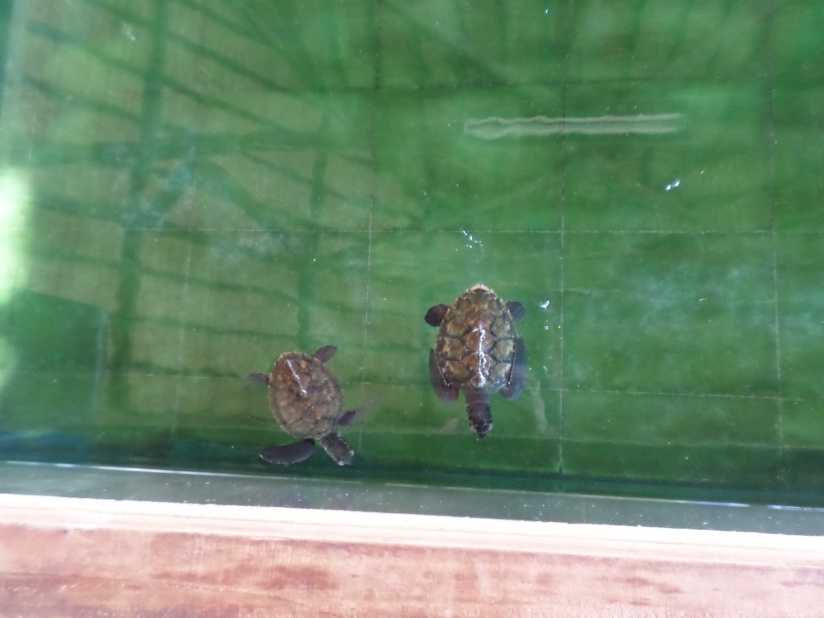 The following day we hired bikes and circled the entire coast of the island from our base on the East, which required some pushing of the bikes through the sand when the ‘road’ (compacted sand and stone) ran out! 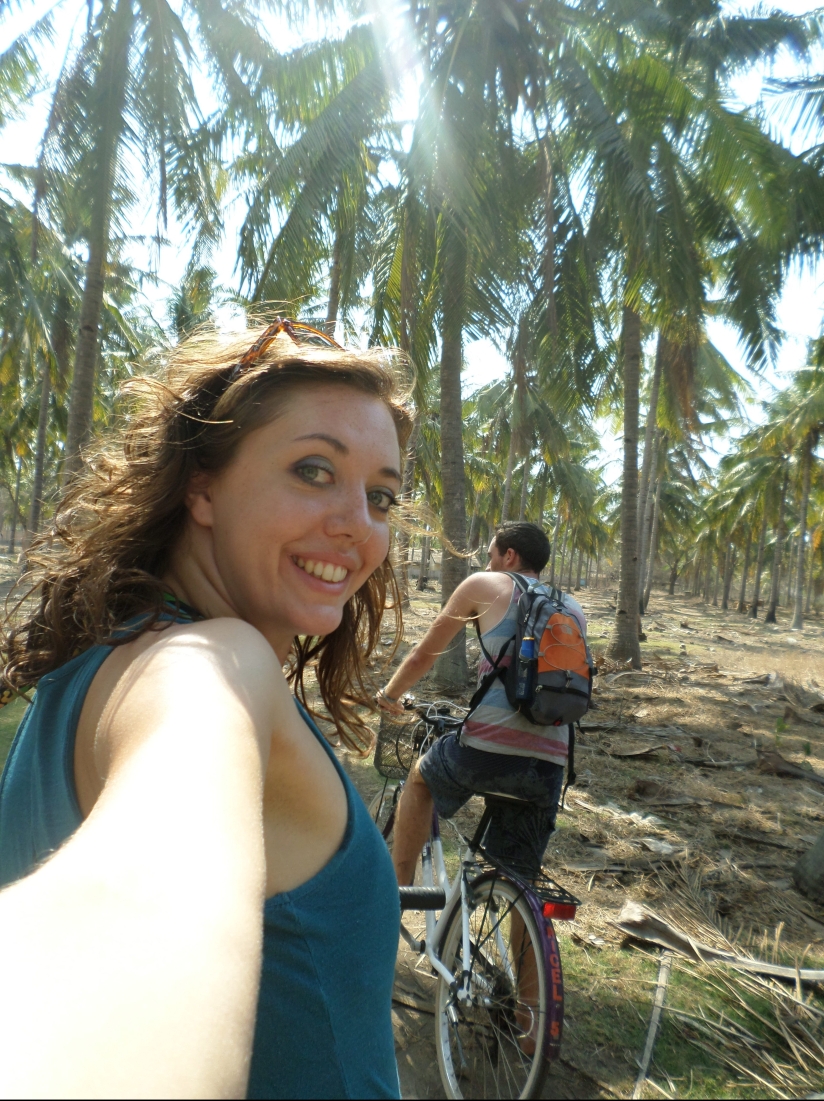 The following day we booked on a snorkelling tour around the other Gili Islands; Meno and Air. Having seen a turtle 2 days ago just off the main Gili T beach, we were confident that we’d see them again, so purchased a crappy underwater camera for £2 which I had to patiently wait and develop once I got back to the UK many months later! The day I picked up the developed photos was quite exciting, only about 5 of the pics from the roll were any good!! As you can see below, I got the money shot of a huge turtle. There are 3 species of turtle which nest in this region but I think the ones I snapped were hawksbills. There are also green and loggerhead turtles in the area too. It was amazing to swim with them, and in the spots the tour took us to, the currents were not as bad. We also saw lots of fish and corals which didn’t come out looking so amazing in the photos, but were so brightly coloured. I will have to come back again in future with a GoPro perhaps! 😉 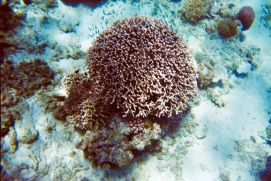 The next morning we left on a boat to take us to Lombok island proper. I loved Gili T. The island had a nice chilled atmosphere to it. Some bars and some party, but not too much. The scenery was stunning, but 3 days was more than enough on this tiny tiny island, especially when we could see the dominating mount Rinjani (another active volcano) of Lombok so close… so off we went…