After not really feeling like we saw the ‘real’ Bali so far, we headed out on a bus East to Padang Bai. Here is supposed to be more chilled with lots of Balinese temples in the foothills of Gunung Agung.

After a slow, albeit short, journey on the bus, we checked in to a room with the most beautiful carved door in a homestay, but with very little atmosphere, and no interaction with the homeowner (who left the key under the mat for us!) we only stayed one night before moving over to Topi Inn for a night and then Billabong Cottages for a final night.

We spent the first evening on the beach and then in the local reggae bar with some drinks. 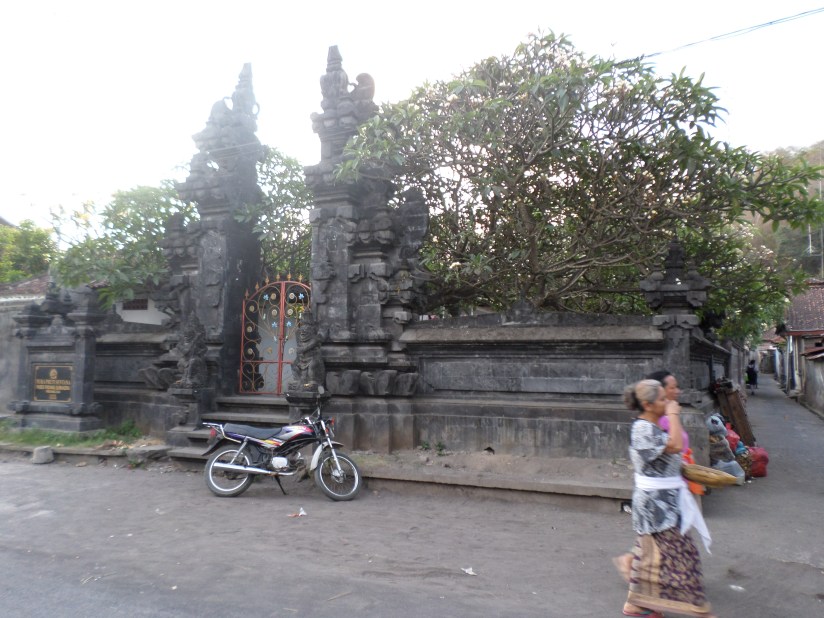 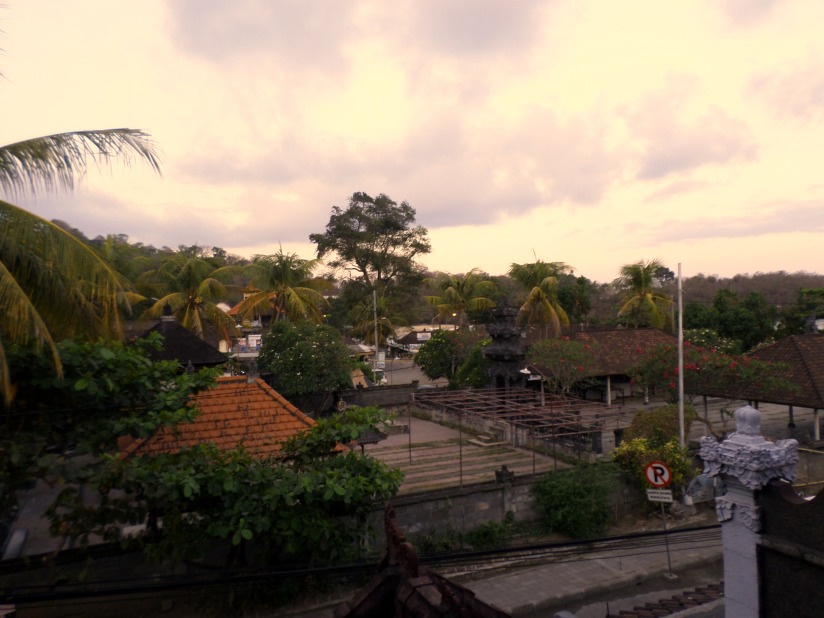 For the first full day, we walked up the steep hill to the Blue Lagoon beach and spent most of the morning here watching the strong waves of the relatively cool ocean. Again, we hired a motorbike and decided to head out of town. We headed to Candidasa’s white sand beach, which had an insanely steep road down from the main road to the beach which was quite scary on the bike! From here we headed over to Pura Goa Lawah or bat cave temple to watch the bats leave their cave just after dusk. It was incredible, there were literally so many streaming out of the cave. We sat and watched for nearly half an hour, and they were still flowing out, so we headed back before it got too dark.

The following day we took the bike up towards Sideman and closer towards the dominating Mt Agung – an active volcano in the East. You can see the mountain from almost anywhere on Bali, and even further afield as we were soon to learn.

The countryside of Sideman was lush and beautiful, we stopped frequently to admire the views and take photos. We continued on towards Mt Agung with a visit to probably the most beautiful temple I saw in Bali, Besakih Temple. 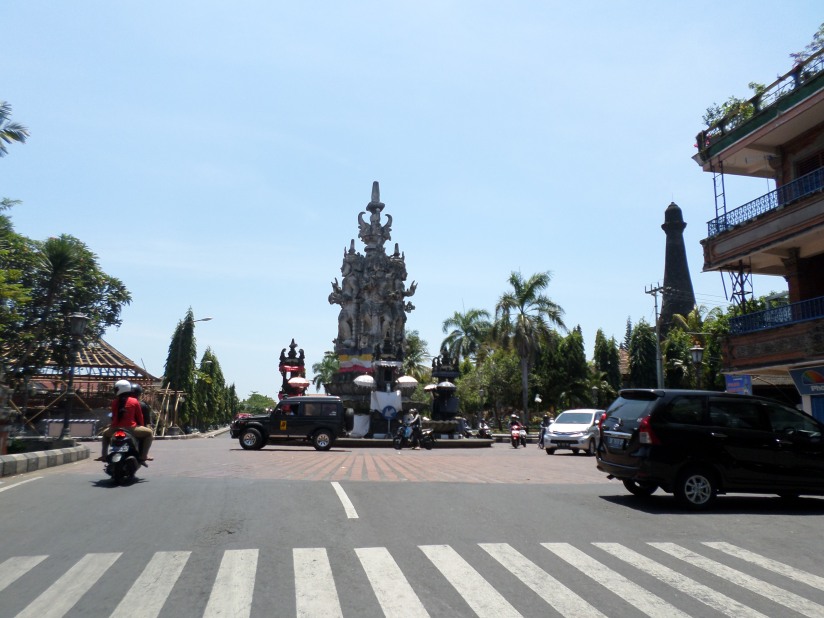 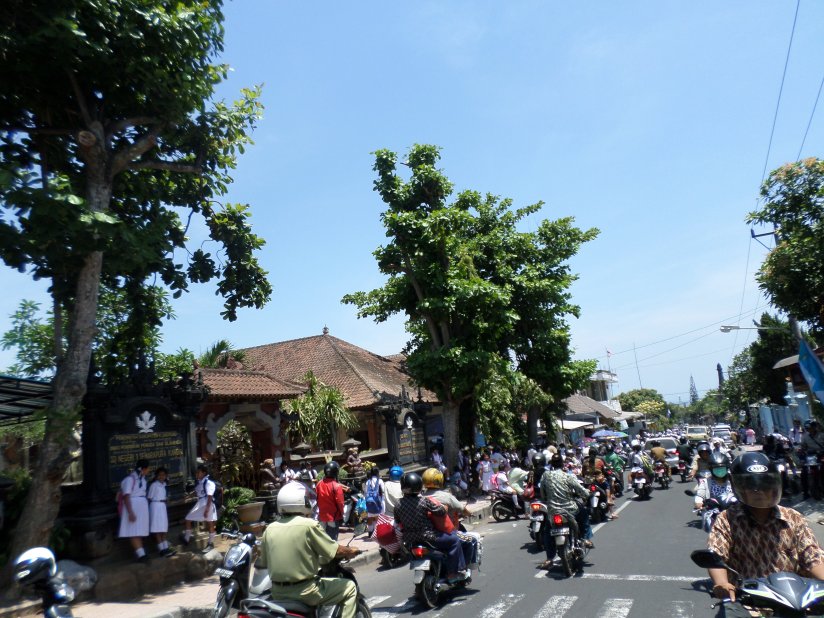 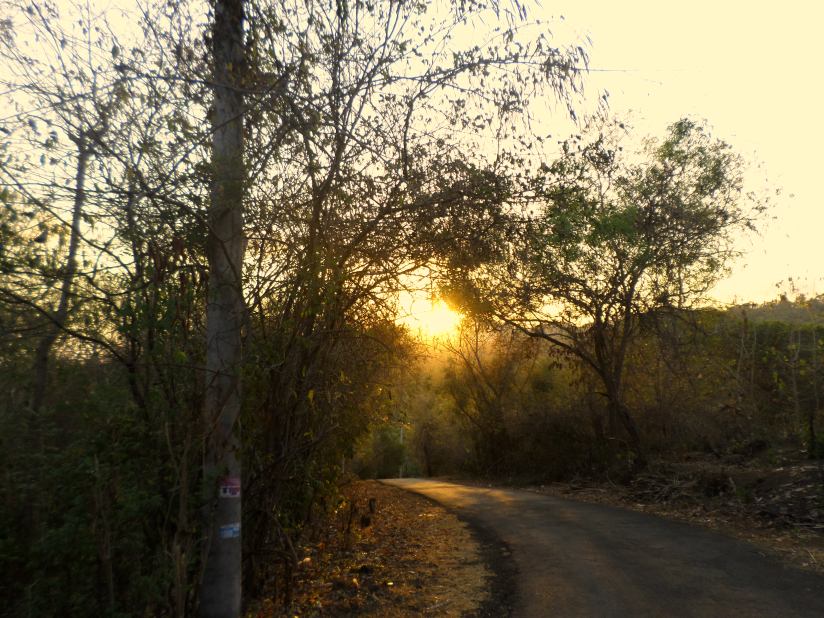 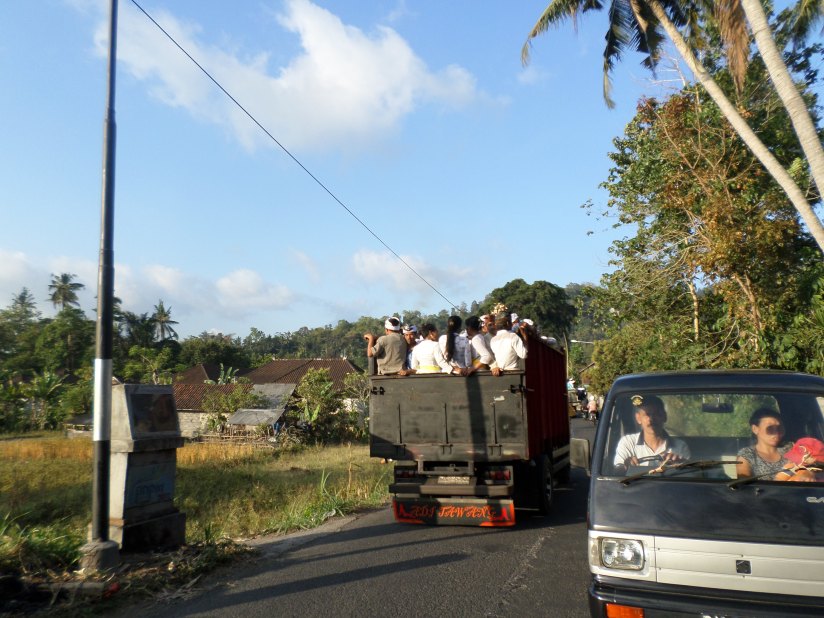 The countryside around this area was beautiful and the tourism seemed more sustainable here as well, probably thanks to fewer mass holidaymakers and tour groups – it seemed there was less impact on the local culture. It’s where I finally started to fall in love with Bali and Indonesia as a whole. The religion and culture are so unique, there were just flowers and small offerings everywhere. The Balinese seemed to take great pride in keeping their country clean and pristine, from the streets to their homes. The vibrant colours and sweet smells of incense are everywhere.

Ironically, despite falling in love with Bali in Padang Bai, we used it as an opportunity to leave… on the fast boat to Lombok, specifically, the Gili Islands. But we planned to come back for sure and continue to learn more about this unique island.

1 thought on “Learning to Love Bali in Padang Bai”