Of all the things to do on the South Island of New Zealand, visiting Milford Sound was the top thing I wanted to do. It’s really close to Queenstown as the crow flies, but to drive there takes about 4 hours. We set off really early and Rob drove us in his car. Simone even joined us since her company, GoOrange, let her have the day off to join us!

The drive is long, but fortunately one of the most scenic roads I think I’ve ever been on, and there are plenty of rest stops and viewpoints along the way. Rob and Simone have visited Milford Sound several times between them, so we only stopped at their top picks.

First stop was Te Anau Downs, we walked out onto a little jetty and admired Te Anau lake which was so still in the morning light.

From here we continued our drive and stopped at Eglington Valley. The snow-capped mountains, Rob told us were actually Glaciers – New Zealand is home to many. The valley was beautiful because of the contract between the flat grassy plains of the valley and the steep rocky mountains. 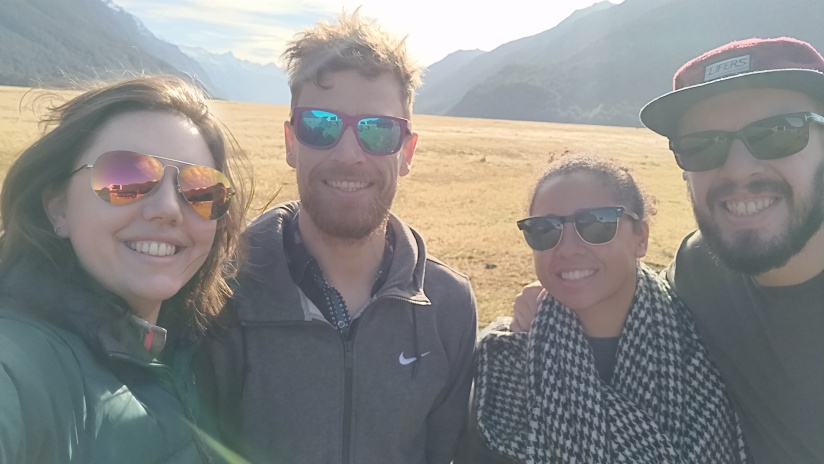 Only a quick 5-10 minutes after this we stopped at Mirror Lakes. The lake here is so still and calm that it reflects the mountainous backdrop like a mirror – unless there’s a pesky duck in the water that is! Despite the duck, we still managed to snap some beauties. Rob and Simone said it was the best they’ve ever seen it… 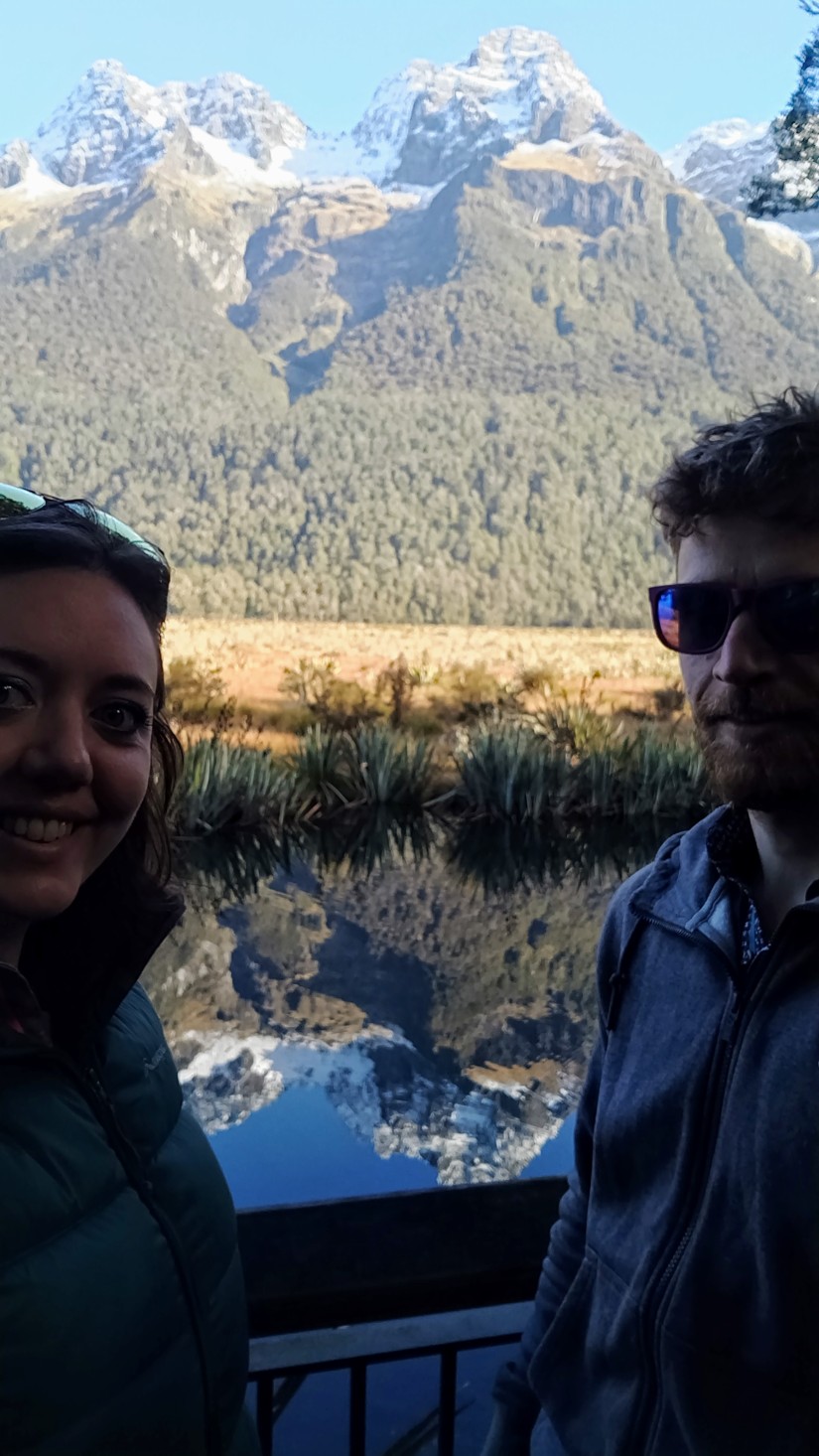 After this we stopped a final time at a viewpoint overlooking Hollyford Valley. 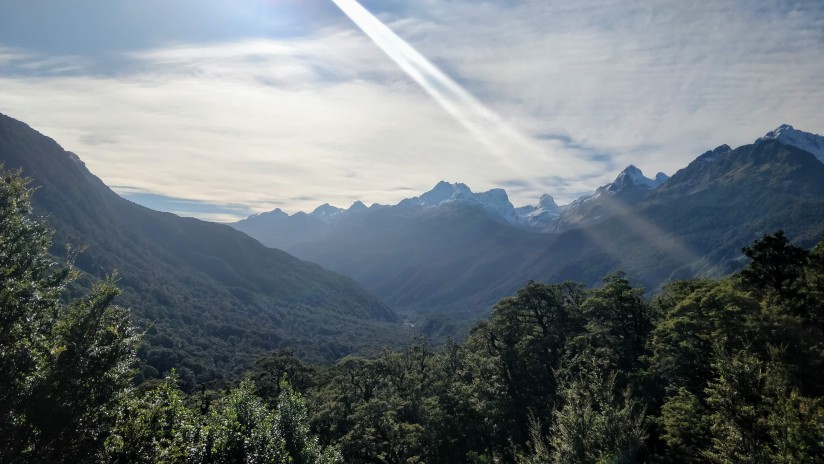 The final part of the road trip, took us through the Homer Tunnel and out onto the final stretch of road before Milford Sound. That final bit was so beautiful. Waterfalls were everywhere, from the melting snow and the road was steep and winding.

We finally reached Milford Sound, where Simone had managed to book us all only the GoOrange boat trip. It was cold on the boat, but Simone had warned us and we had wrapped up well. The weather was absolutely perfect too. We were told that it rains at Milford 2 out of 3 days, so we were super lucky to have the sun beating down on us. In fact, it was so sunny my camera struggled to focus at times because of all the glare.

Here I am going a bit crazy taking too many pics, but when it’s this beautiful, it’s hard not to! 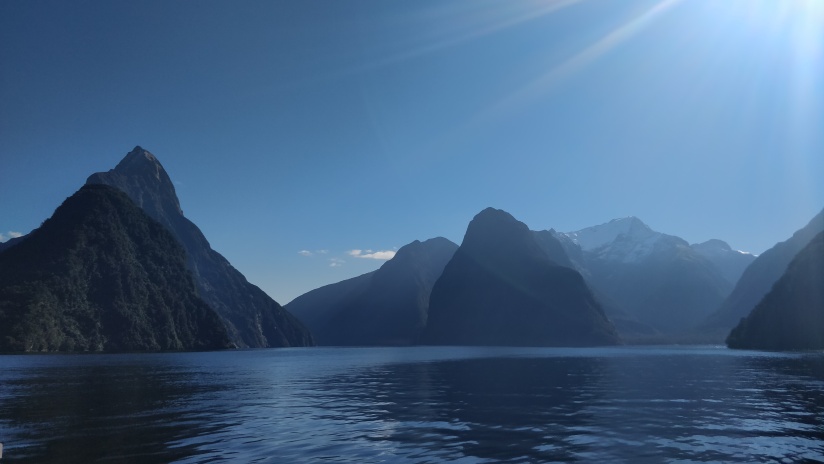 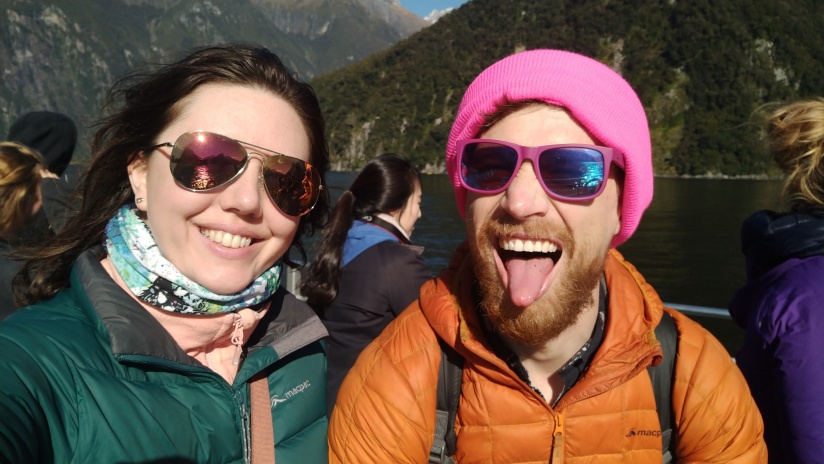 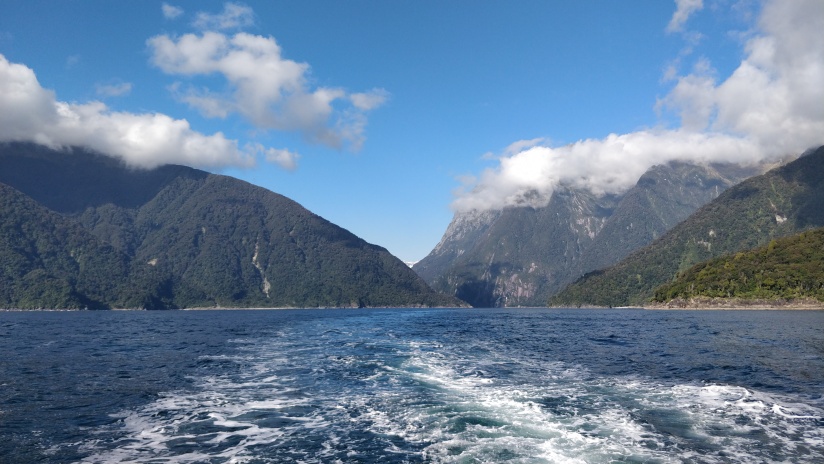 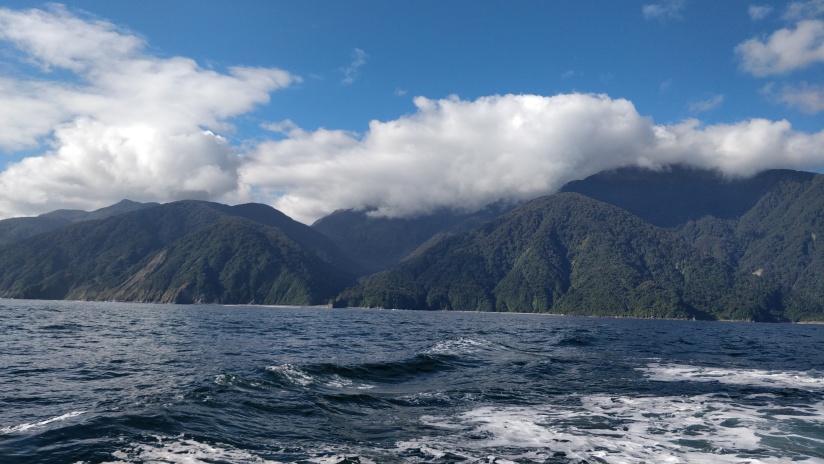 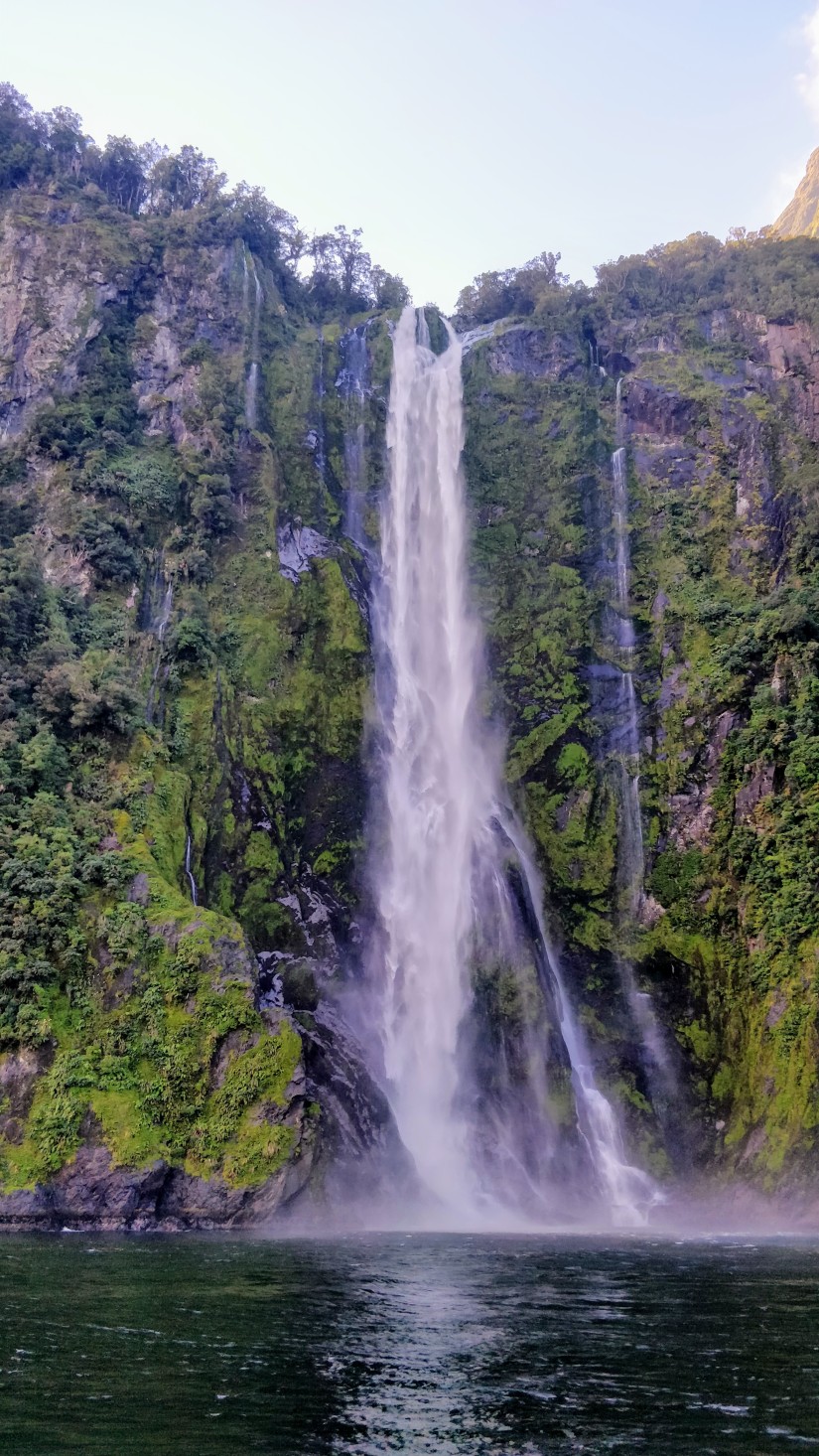 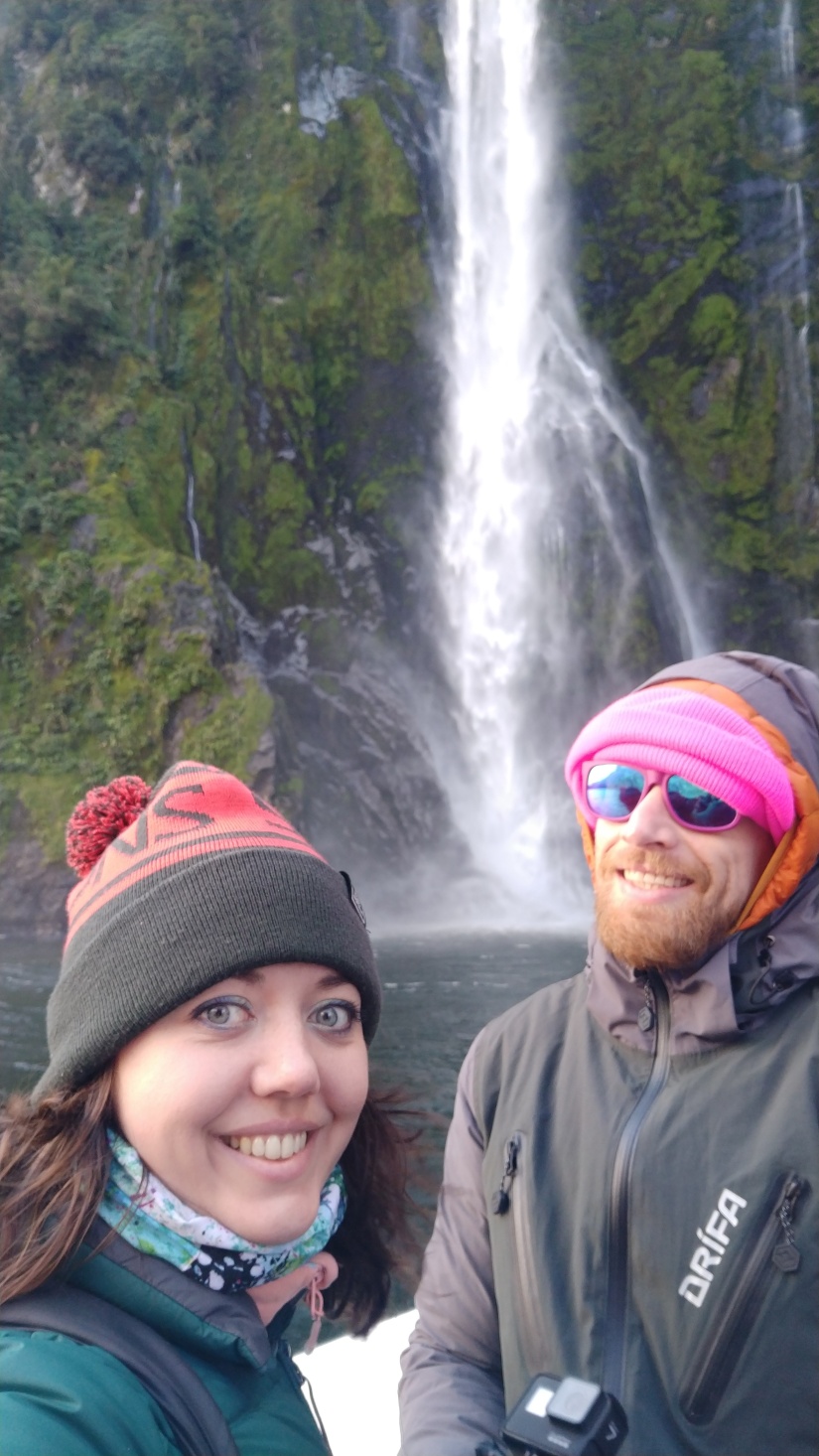 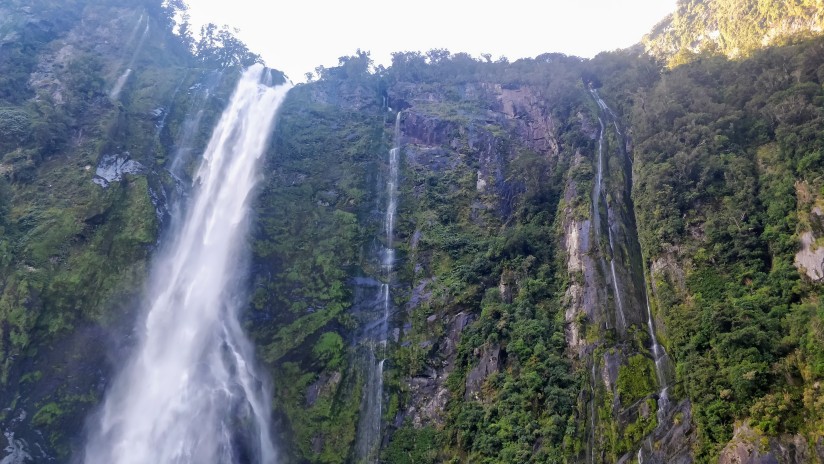 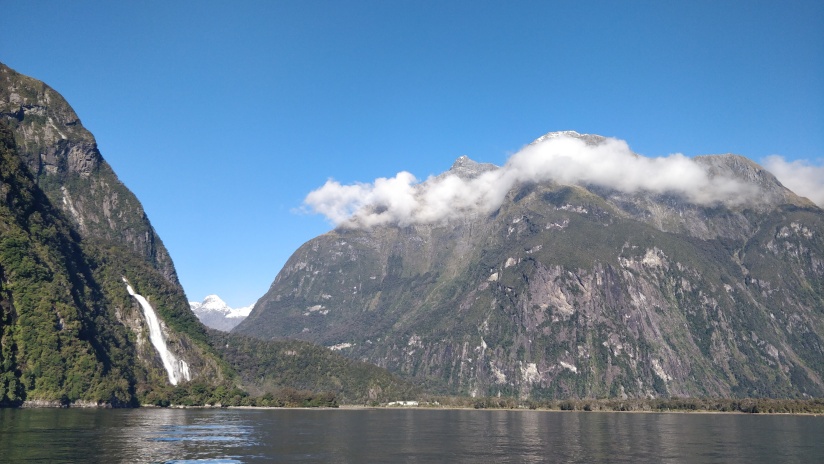 What an amazing day so far, but now we had 4 hours of return journey. We had saved some more rest stops and viewpoints for the way home though. So on the way back, our first stop was ‘The Chasm’. A walk through the temperate rainforest lead us to a canyon which reminded me of the pothole canyon in South Africa. The water was so clear and a brilliant blue colour. 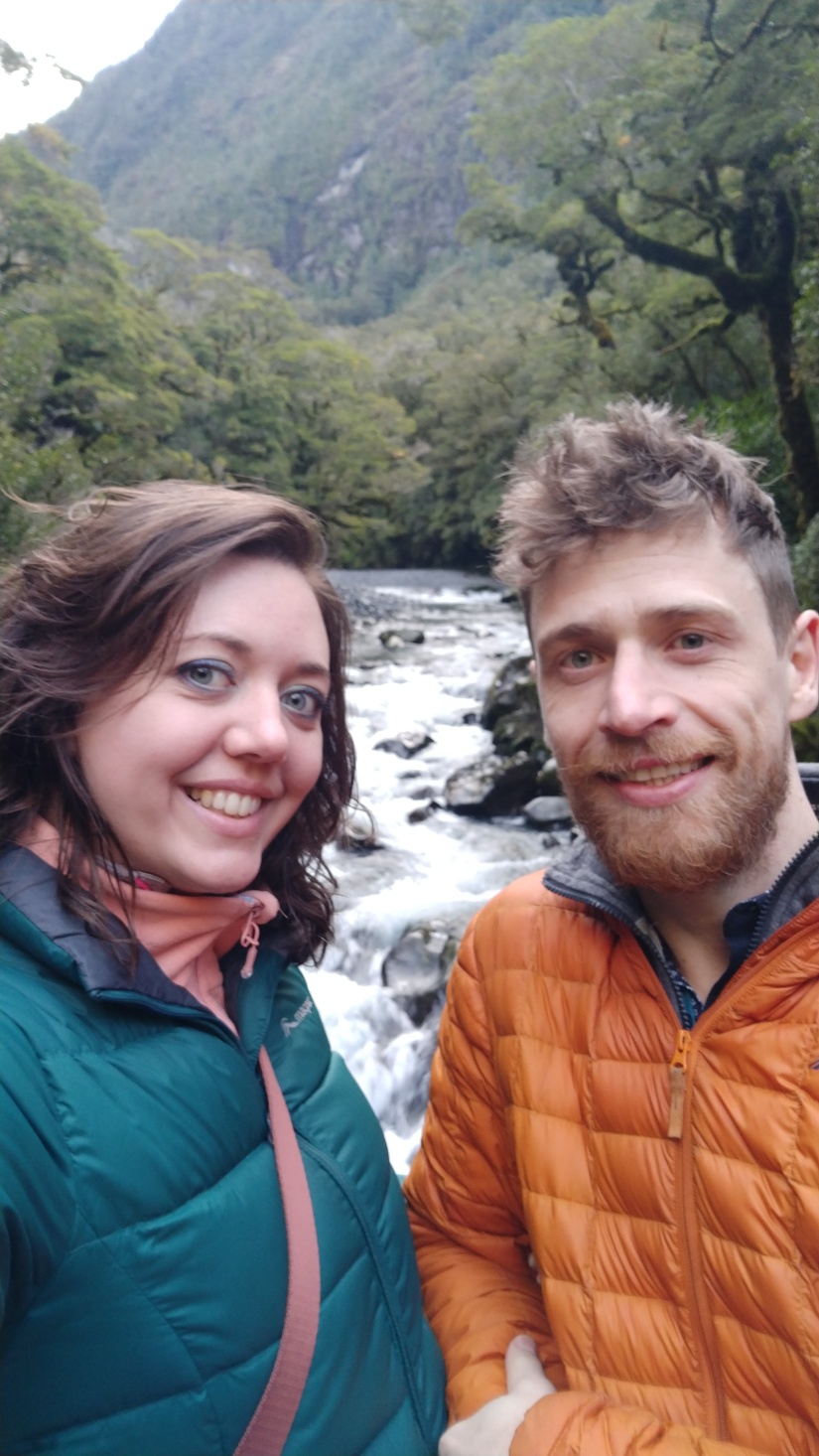 After this we stopped at Monkey creek to try and see if we could spot some New Zealand Kea, but unfortunately we weren’t lucky with this one… So we continued on to Fall’s creek. Now, if I thought that the chasm was clear and blue, I’m not quite sure how to describe the water at Fall’s creek… It seemed like I was looking at it through blue-tinted glasses! 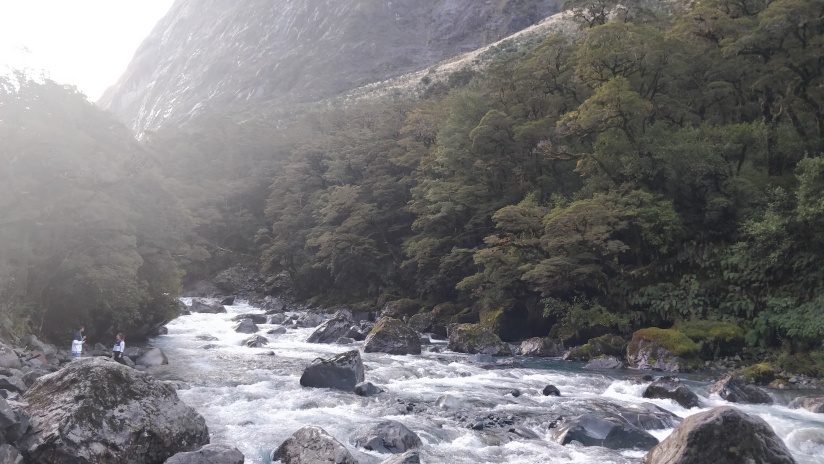 We carried on from here all the way back to Queenstown before heading out to Madam Woo’s in Queenstown to eat.

What an incredible day, and how lucky we were to have such amazing weather at this time of the year! Milford is amazing and I really enjoyed this day trip, especially as we were joined by both Rob and Simone.

You can watch a quick video on the whole day here:

And view the map of the stops we made here: 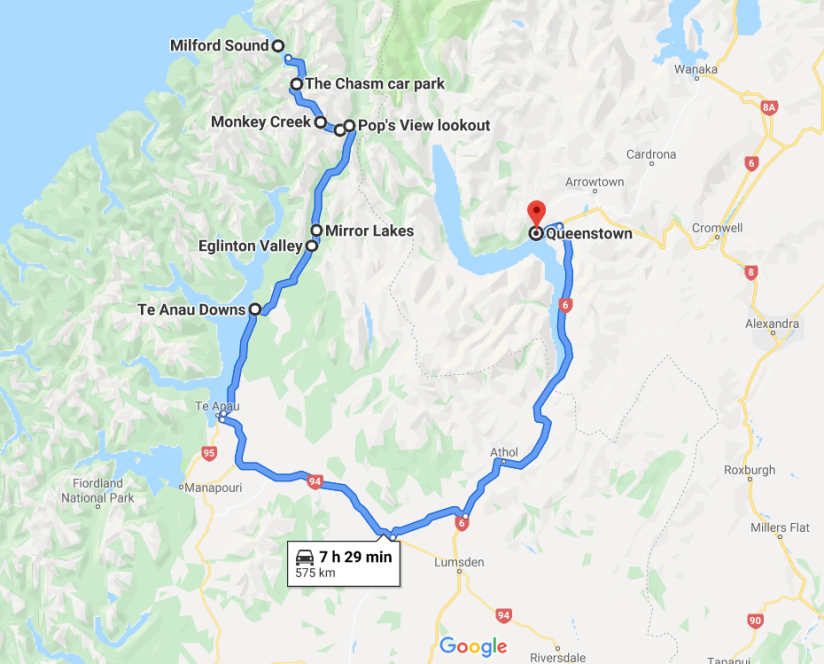