From Sigiriya we took a tuk tuk across to Polonnaruwa, one of Sri Lanka’s ancient capitals. It was first declared the capital in 1070 by King Vijayabahu. There are many ancient buildings and temples there that were built between 1500 and 800 years ago, most notably, the ones by King Parakramabahu who placed irrigation systems throughout the region which still stand today.

Our tuk tuk driver took us to a spice garden along the way to Polonnaruwa, which seems to be something unavoidable as there are spice gardens everywhere. They are free to enter and enjoy, and usually include a free massage with one of the natural oils. Then, being British, we felt like we had to be polite and felt obliged to buy something from the shop!

Pete had a great foot massage for his fractured metatarsal and we had some tasty ayurvedic tea before buying a little pot of the red oil for £10. Not bad in all. The gardens were interesting too, seeing cinnamon trees and other spices growing.

The tuk tuk driver then stopped and let us both have a go of driving the tuk tuk! It was harder than it looks actually! 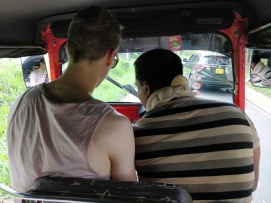 We checked into our guest house which had a lovely pool and spent the afternoon swimming, eating and napping. Our guest house was nice (mainly because of the pool) but the food was salty and very westernised… The next day we woke early to a took bicycles from the guest house down toward the ancient sites.

On the way, we bumped into the Thai Buddhist procession again, this time we stopped and watched for a while. The locals used leaves on the road this time and also poured cold water gently onto the monks’ feet.

It took us a while to find the ticket desk for entrance, which isn’t really near the ancient park, but we got there eventually and spent the day mooching about looking at old stuff and old temples. It was so hot this day, so we bought some reed hats to keep the sun off our faces. We left the park at lunch to nip into Polonnaruwa new town then continued our bike ride between all the major ruins. Our favourite bit was by the lake, where there were a lot of monkeys, including the black faced langurs (leaf monkeys) who are so graceful but a little more skittish than the usual macaques. 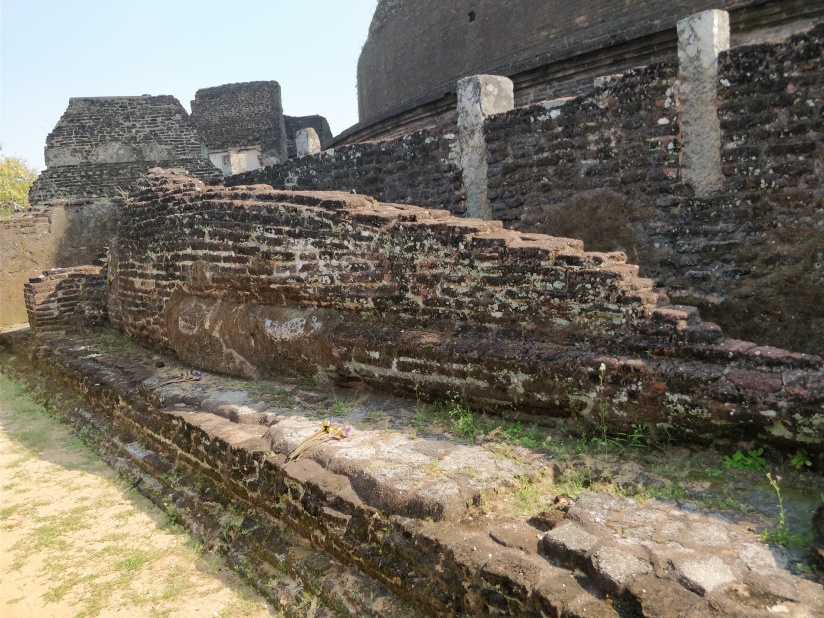 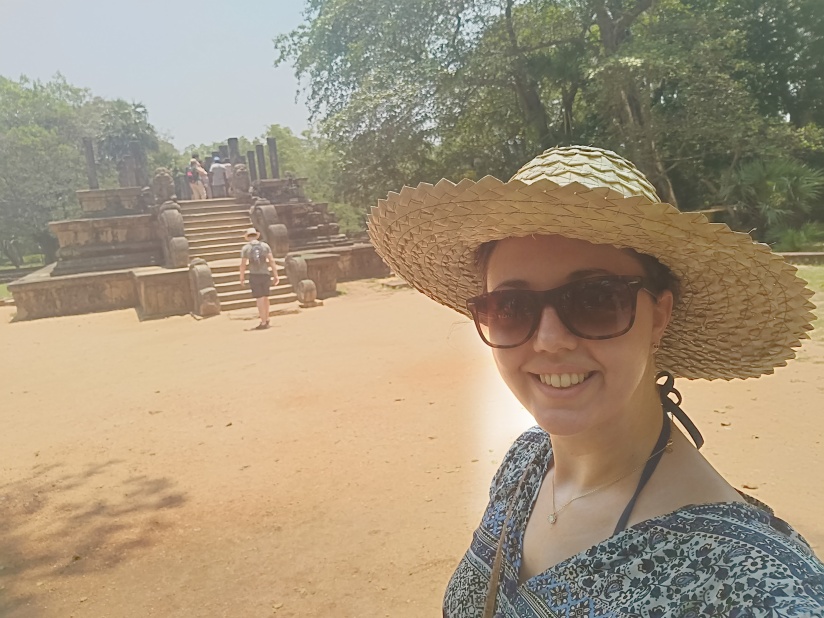 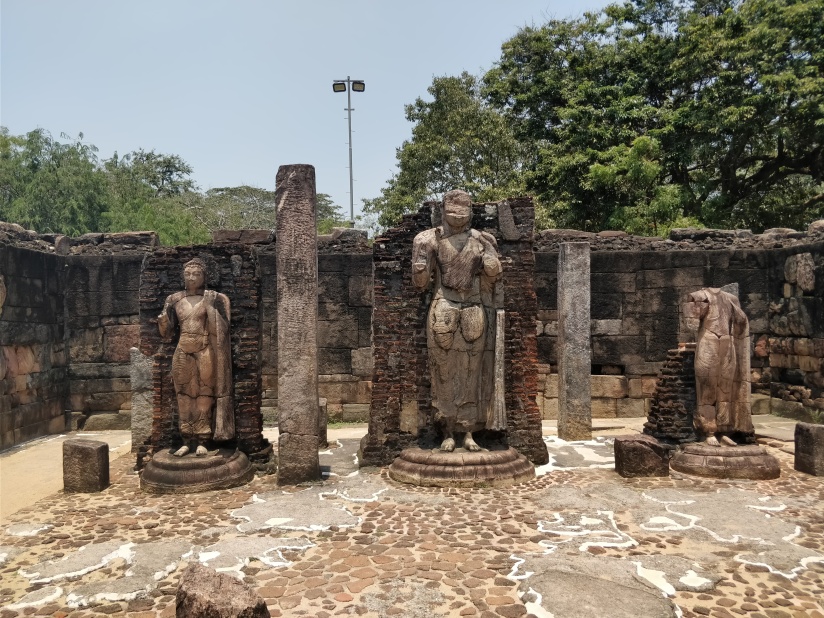 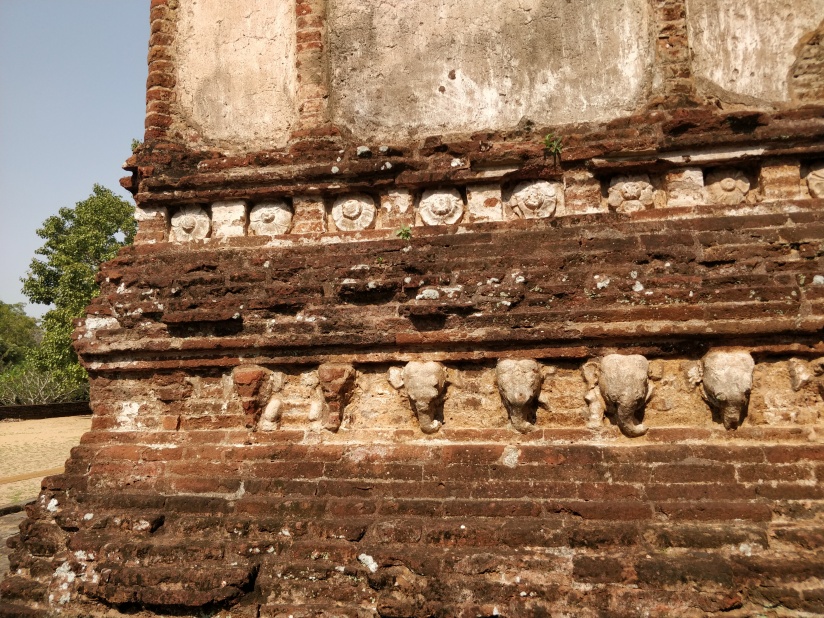 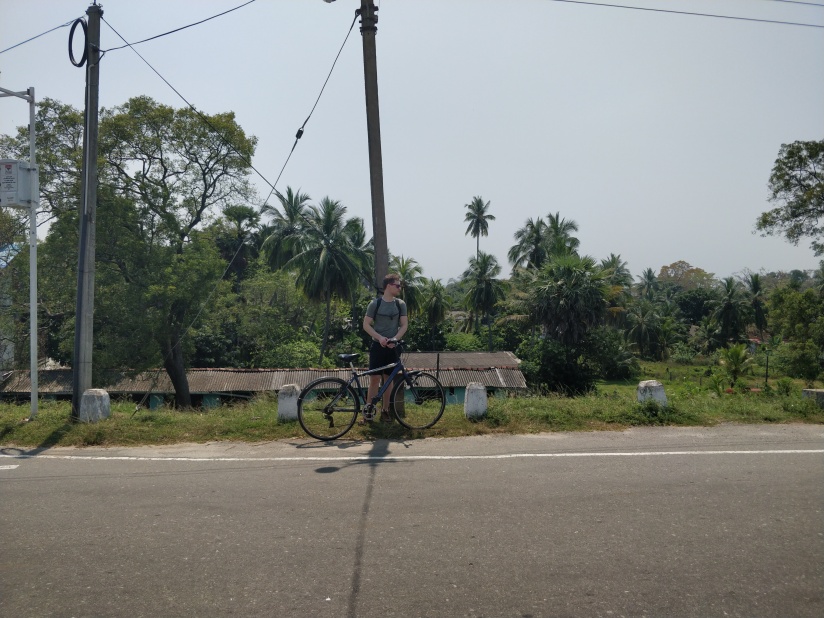 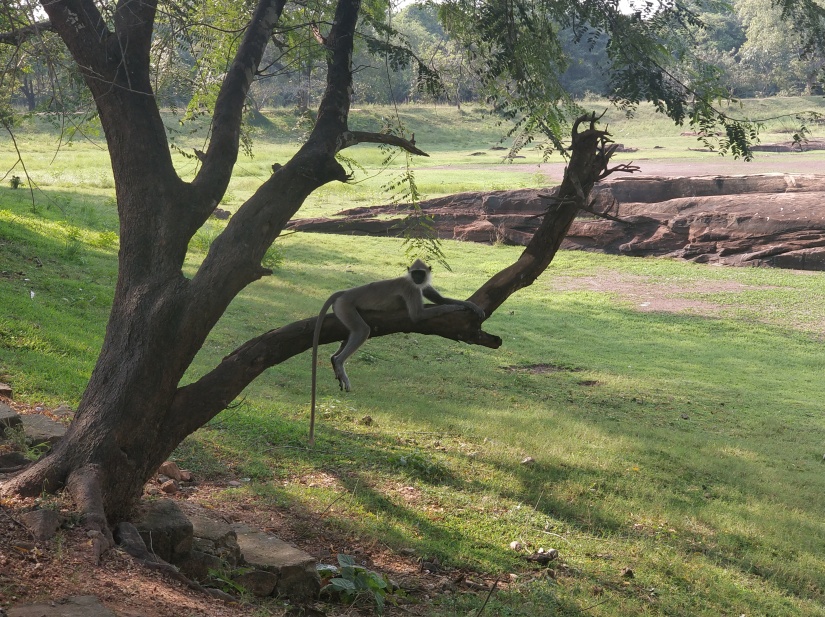 That evening, we tried to see if we could find tastier food to eat. I checked good ol’ TripAdvisor and found Jaga food about 10 min down the road was number 1. We went down to the reception area and asked the owner to get us a tuk tuk. You could tell he didn’t want us to leave and asked where we were going. When I told him he said it’s shut and that most food places in Polonnaruwa only open at lunch… I phoned the place to check and got a friendly answer that, yes, they are open and please come down! So not wanting to confront the owner again, we did a runner out down the long side road to the main road where we thought we’d be able to grab a tuk tuk no problem… well… We couldn’t. No tuk tuks stopped for us. After about 5-10 min of trying, we asked at the local shop if anyone knew or could phone a tuk tuk to help us. We were on the verge of crawling back to the hotel with our tails between our legs when a kind man agreed to take us to the restaurant in his car as it was near his house!

We’re so glad he did as this turned out to be quite possibly the best rice and curry we had on our whole trip. We had jackfruit curry for the first time (our new fave), spicy potato, pumpkin, cucumber, dahl, aubergine crisps, beetroot, beans, cabbage, ‘curry biscuits’ (aka popadoms) and more kept coming… That was Jaga’s joke… From the moment we arrived we felt welcomed, there were only 2 other people in the large restaurant, so we were well taken care of. On the phone I mentioned pure vegetarian, so he specially prepared some dishes for our arrival. As he served the food, usually a few bowls at a time, he said “more coming” and returned to the kitchen. Even after we had 10 bowls on the table he still said “more coming”. I’m sad I didn’t take many photos of the food, be we were so enjoying stuffing our faces with curry, there wasn’t time for photos!

Jaga then took us back to our guest house for free after the meal. What a guy! 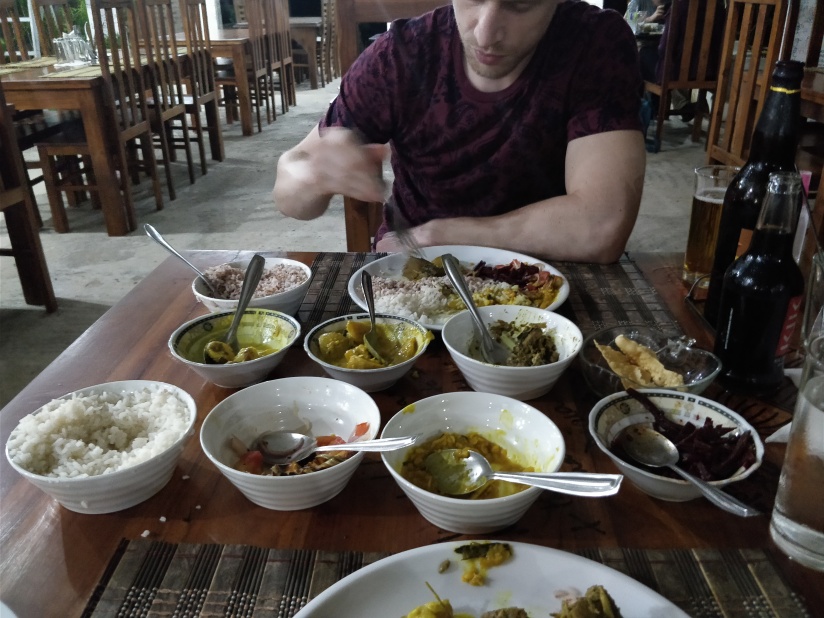 Polonnaruwa was a pretty town, with great ancient culture. I am glad we took the time to stop here rather than coming on a day trip! I will be recommending Jaga’s to everyone!

2 thoughts on “Hiring a bicycle in Polonnaruwa”