In hindsight, Pete and I wished that we had skipped our detour along the Dades to Skoura and gone straight to the desert at M’Hamid, but that’s part of the adventure and I had read that the Dades Gorge and River was home to some of the most spectacular oases and sights.

So we set off from Ait Ben Haddou along the N10 to Skoura. The road took us through Ouarzazate, a large city South of the Atlas mountains which is also home to some of Morocco’s largest filming locations and studios. The city is therefore decorated with multiple “movie” sculptures at every roundabout!

Out the other side of Ouarzazate, the landscape changed and it did feel like we were suddenly on Mars (I guess because all the TV and films I’ve ever seen that are ‘on Mars’ are filmed here!!). 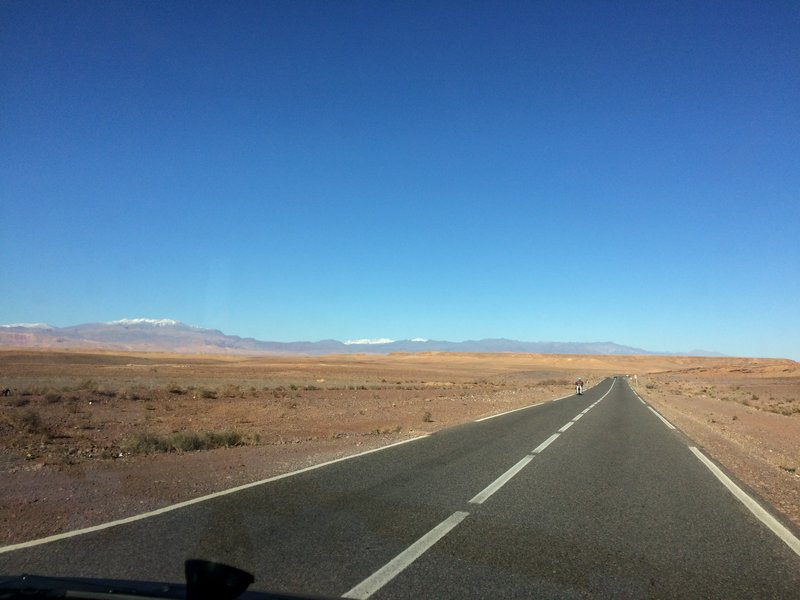 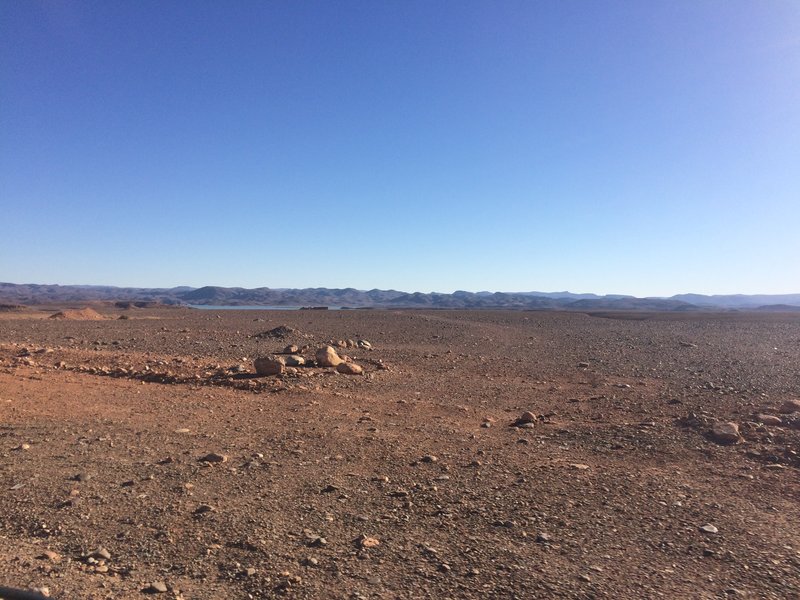 The drive was not far, so it was not long before we reached our destination; Dar Es Salam in Skoura Oasis. It was a beautifully restored kasbah with intricately carved walls and colourful gardens. Our tea here was also possibly the best Berber food we had on our trip. Just a simple tagine, but perfectly balanced flavours. 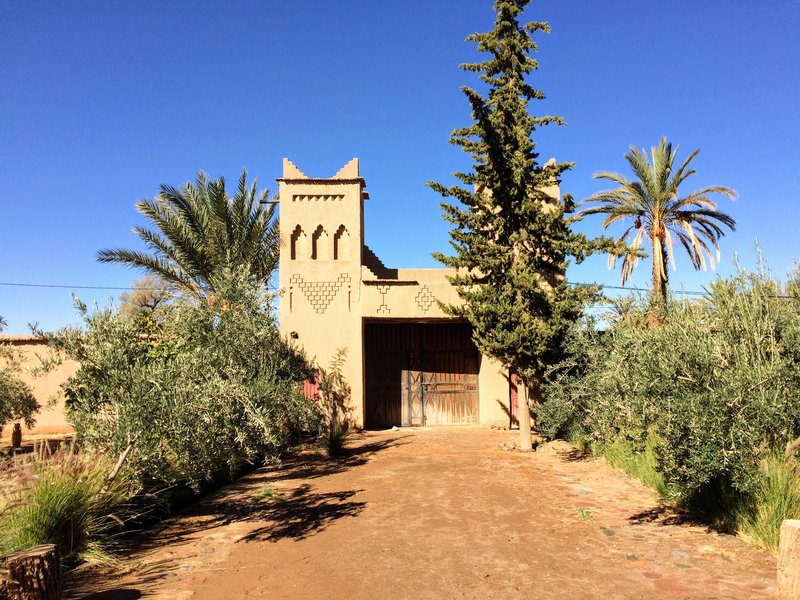 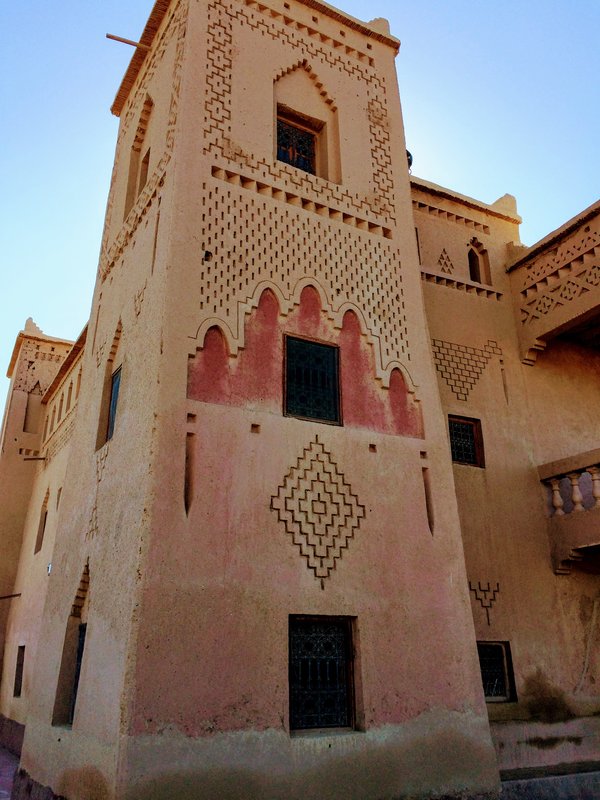 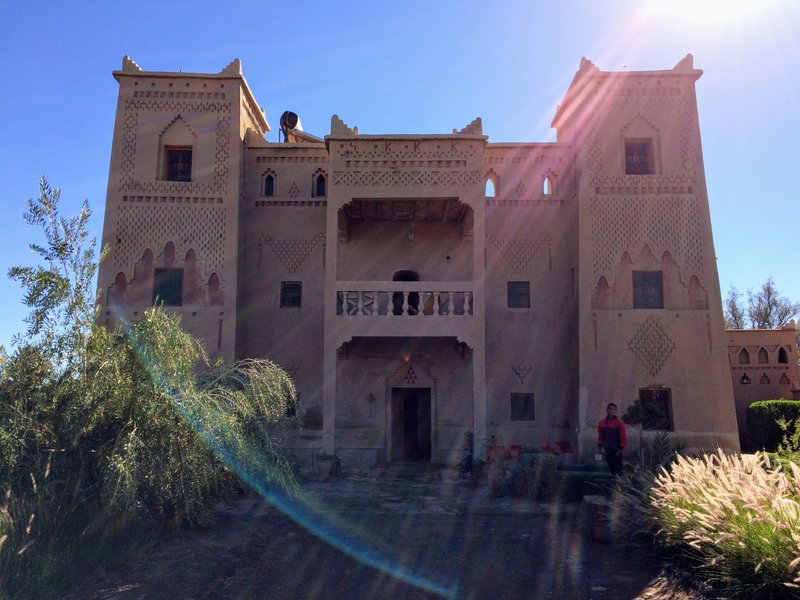 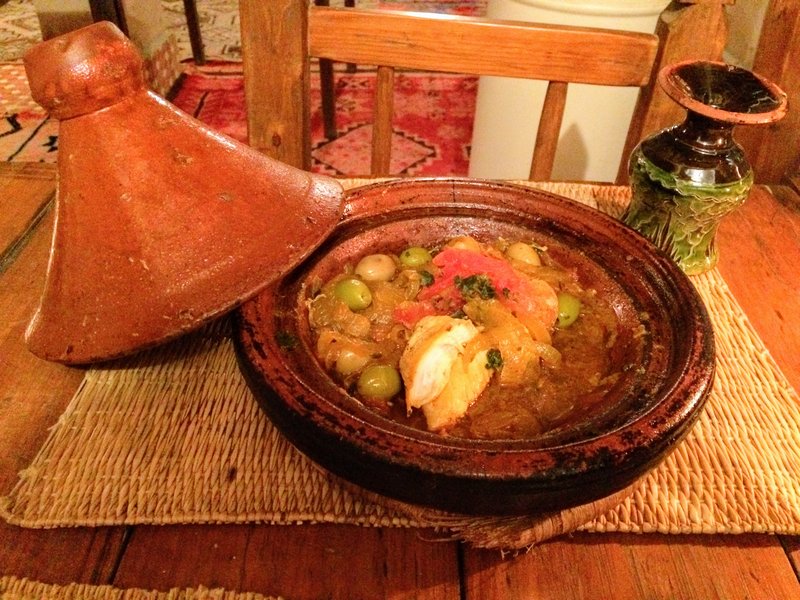 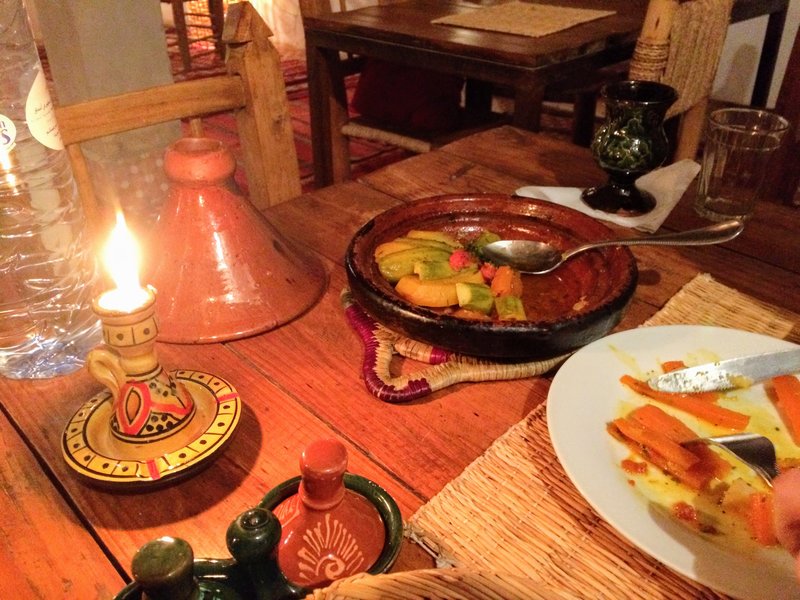 The breakfast in the morning was also delicious, Moroccan pancakes and bread, which we enjoyed in the gardens. 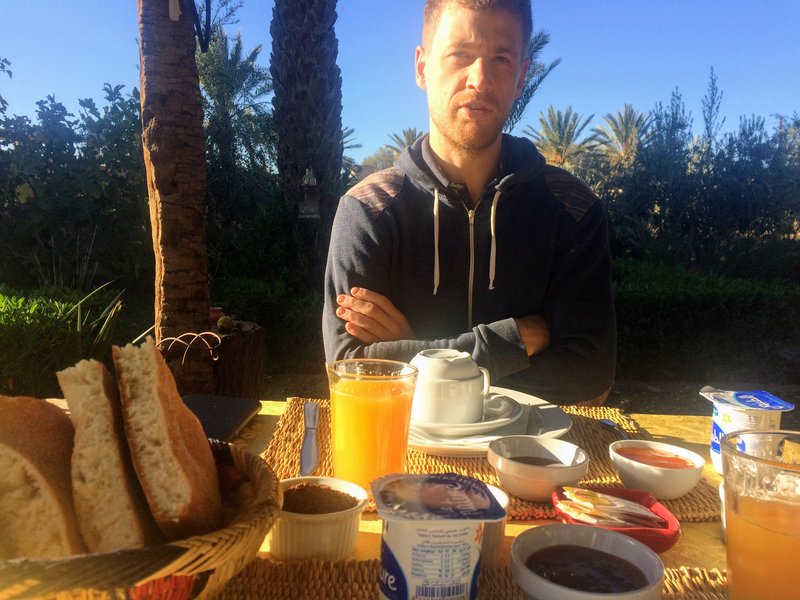 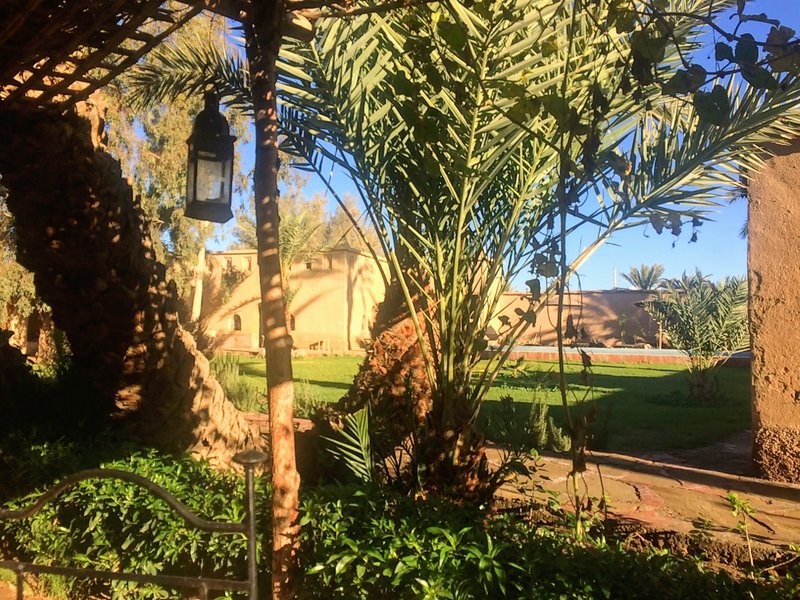 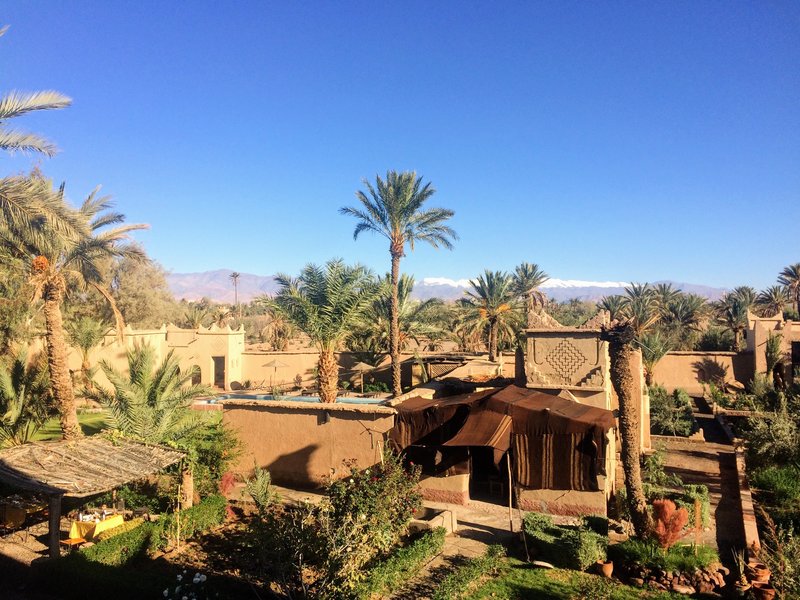 The house had advertised the use of free bikes and since we were in the oasis, we decided to explore the palmerie by bike. We found out almost immediately why the bikes were free when Pete’s saddle broke whilst he was pedalling through a river. The result was very wet… 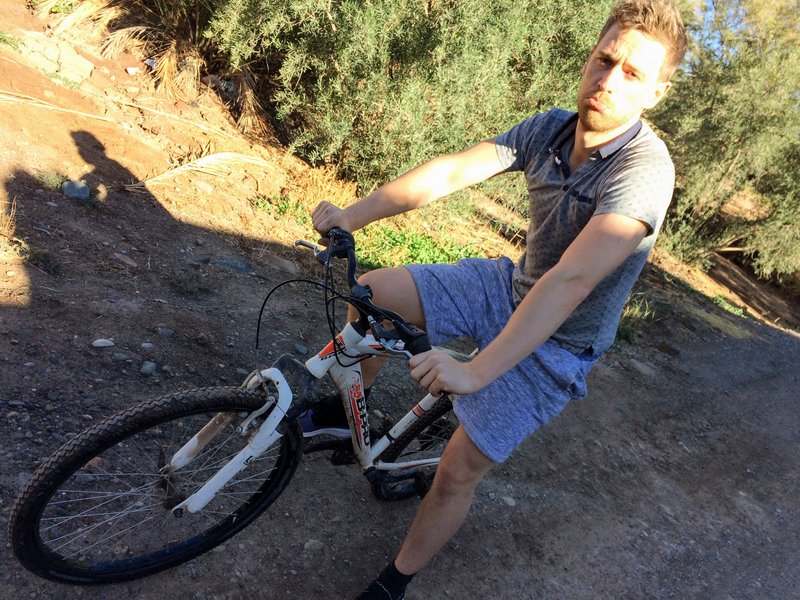 Not a happy wet Pete 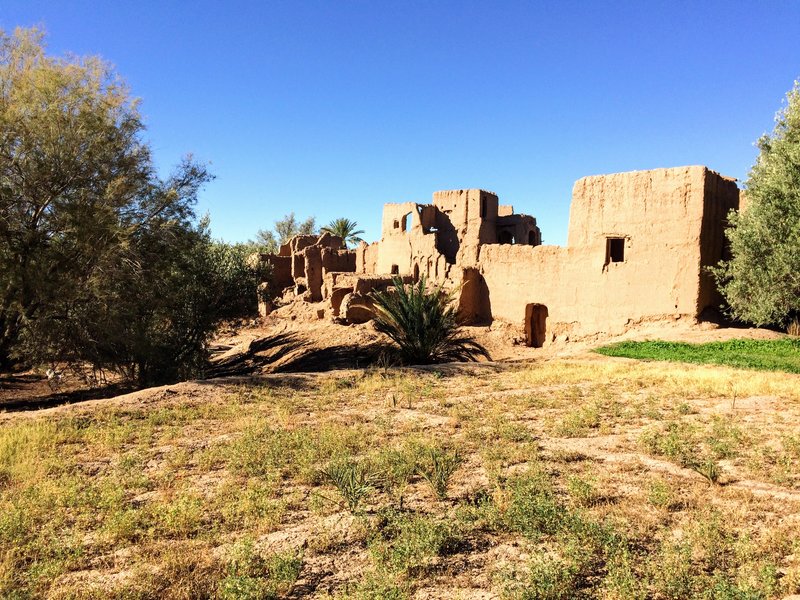 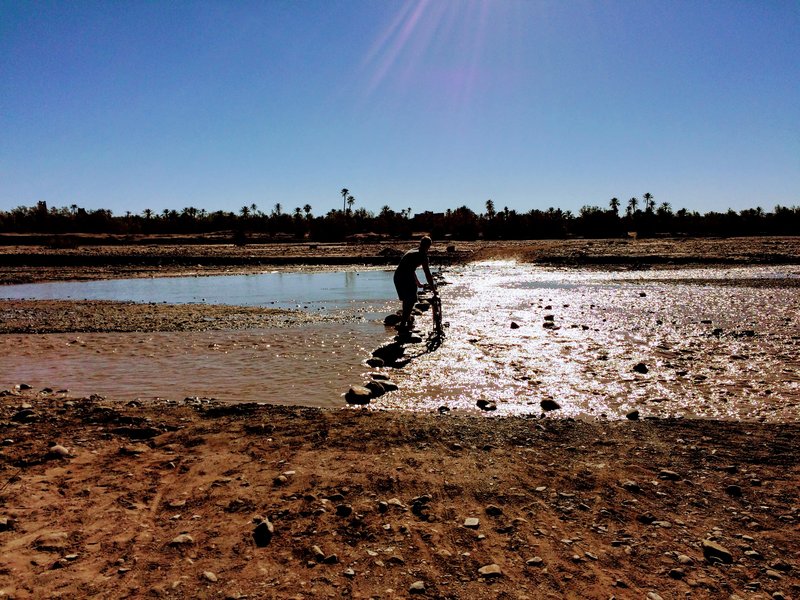 Crossing the streams that snaked around the Palmerie 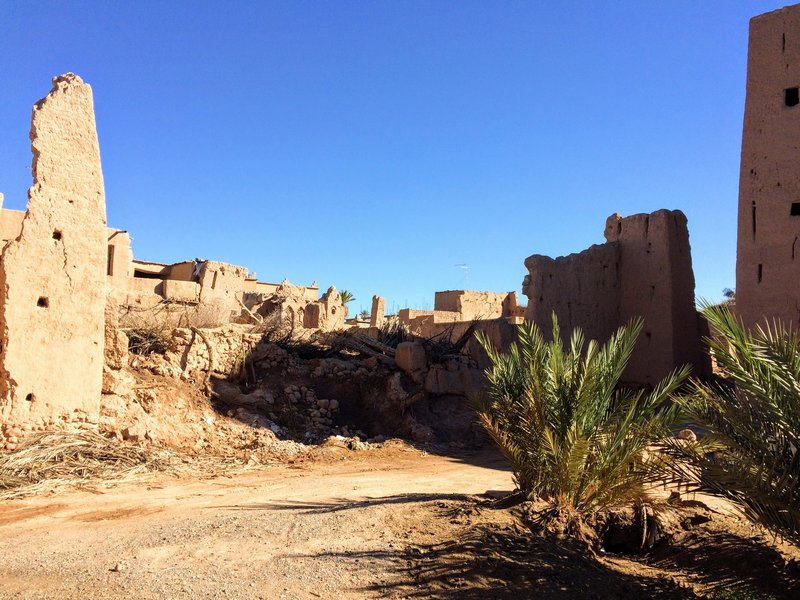 Some of the sights of the village

Skoura was a pretty town, and cycling around the oasis and through the village was fun. But as I said, in hindsight, this part of the holiday could have been cut out as we would have much rather stayed an extra night in the desert or elsewhere along the Draa Valley which we preferred.