The drive from Plitvice to Split took us down some insanely beautiful roads, as well as roads surrounded by interest and mystery. To avoid any toll roads, we took the D1 again, this time the full length into Split. At some points, we ventured through obviously military towns, which had nobody in them… (aka full camouflage gear :P). Otric was the strangest town, lots of derelict houses and walls with multiple bullet holes. We could only assume was a result of the Bosnian war. It was a bit eerie driving through these villages… but it was fascinating. The further down into the valley we got, the warmer the climate got, until we were driving through villages where every house had their own grape vines in the garden! 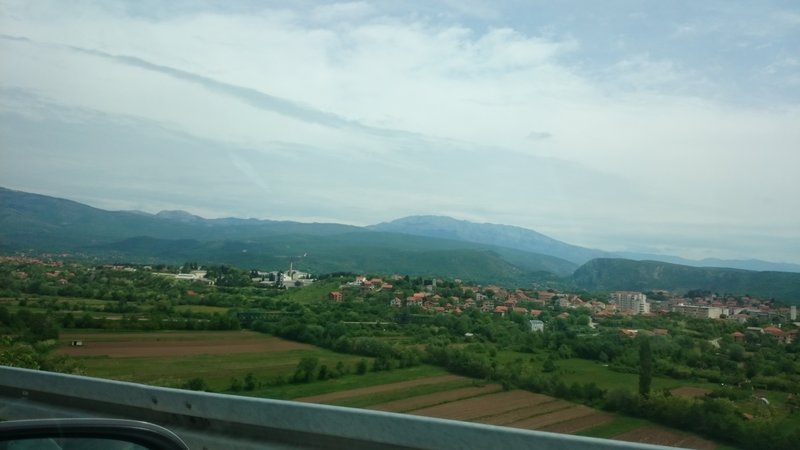 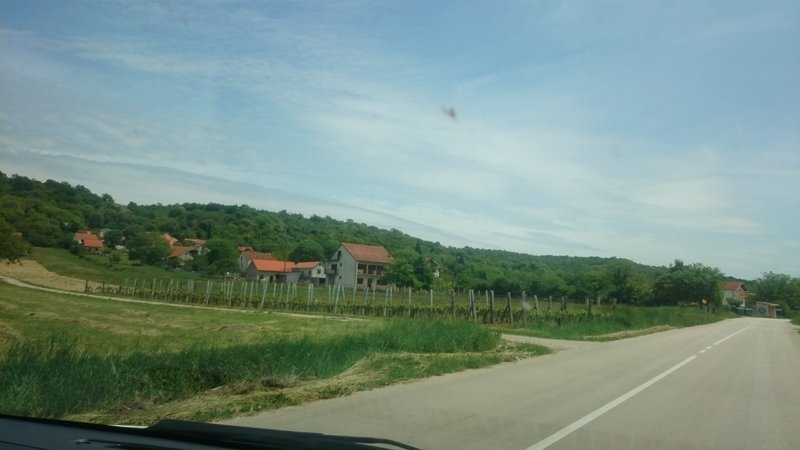 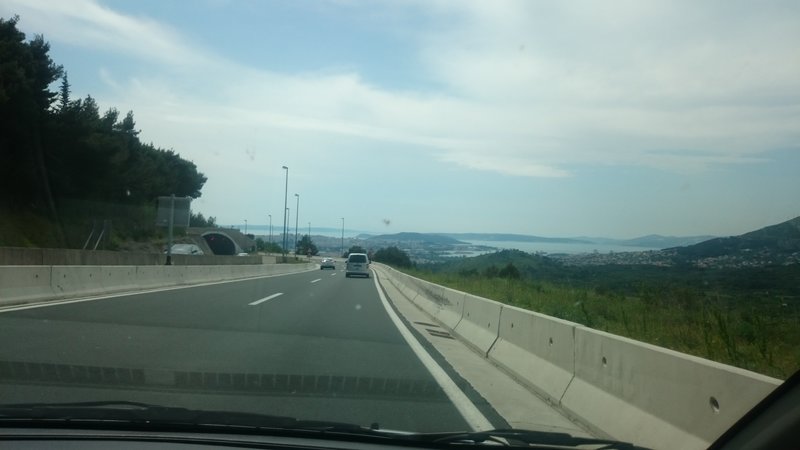 We eventually arrived in sunny Split and I booked a room for the night at the last minute, we stayed at ‘Guesthouse F’ which was very pleasant and had wonderful owners who helped us a lot. 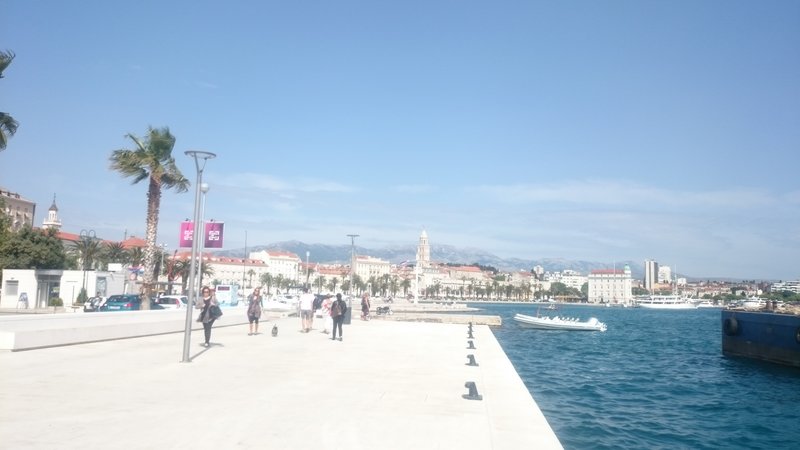 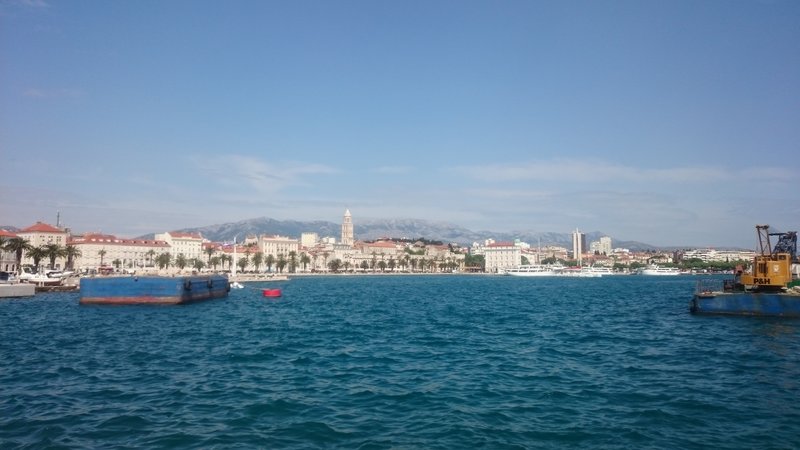 Once we got parked and checked in, we went down to the harbour front where we noticed a lot of bike rental shops. We looked around for a bit, but then decided the best place was ‘Toto Travel’ which rented us pretty decent mountain bikes for 80 Kuna each for the half day we had. 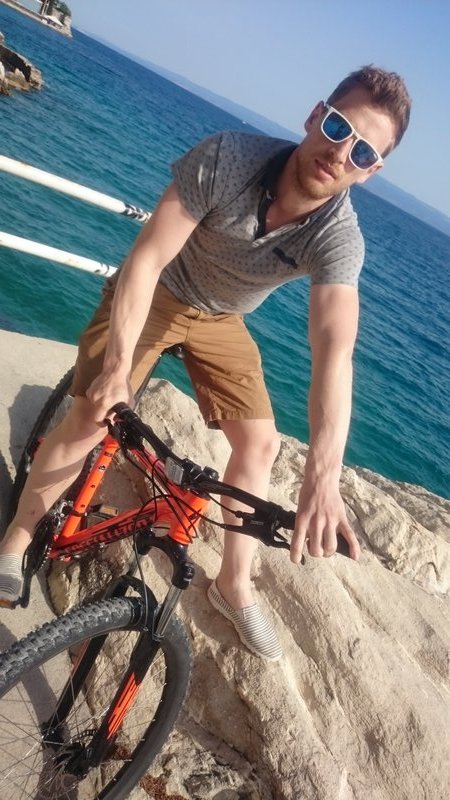 We set off West from Split and ended up pretty much circling the full split peninsular and Marjan Park. We found a few nice beaches on the Western side of the park and then headed back to the North of the peninsula and back into the town where we then cycled to all the Game of Thrones filming sites in the old town. 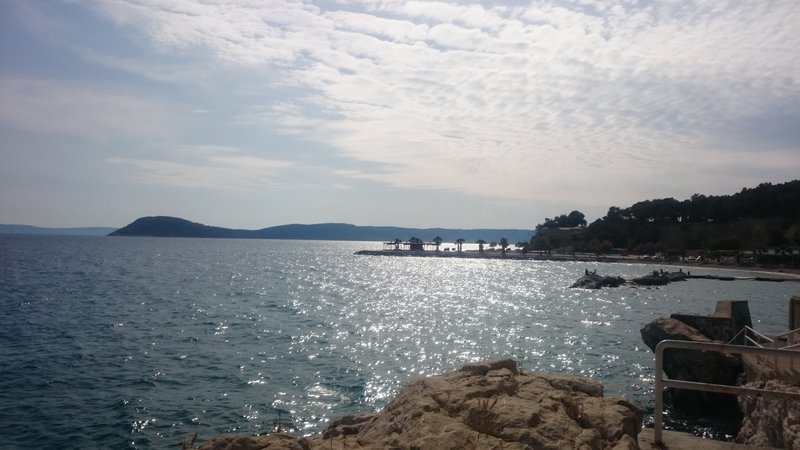 One of the nice beaches 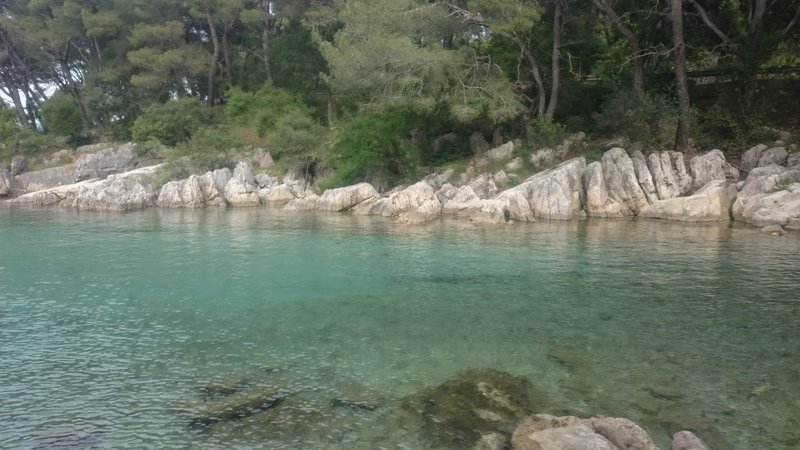 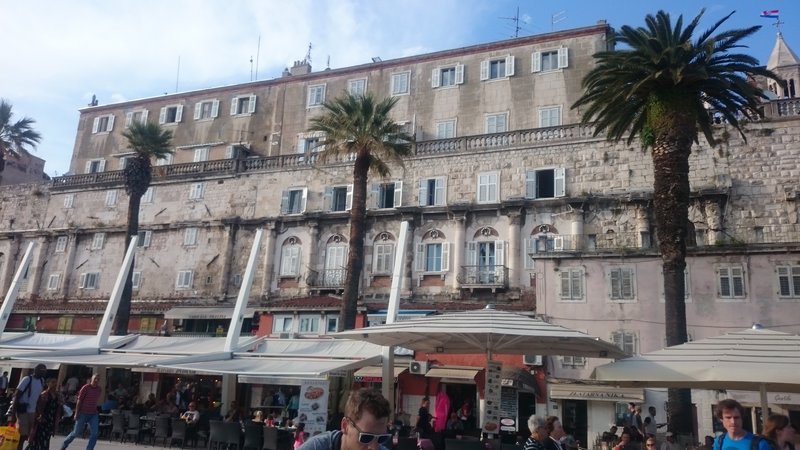 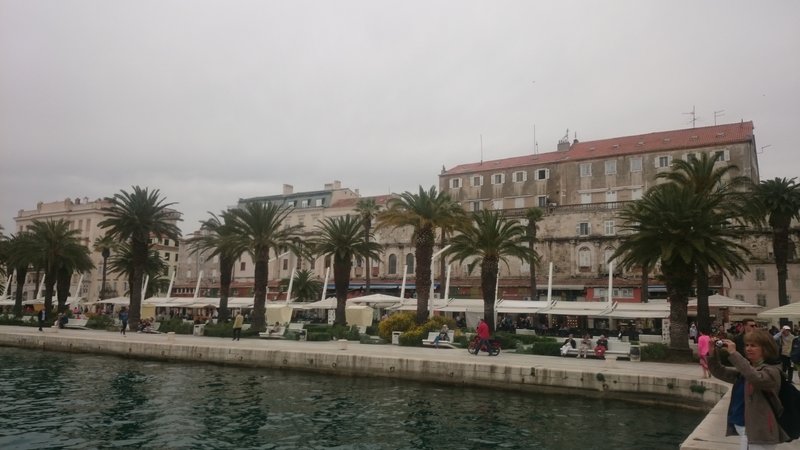 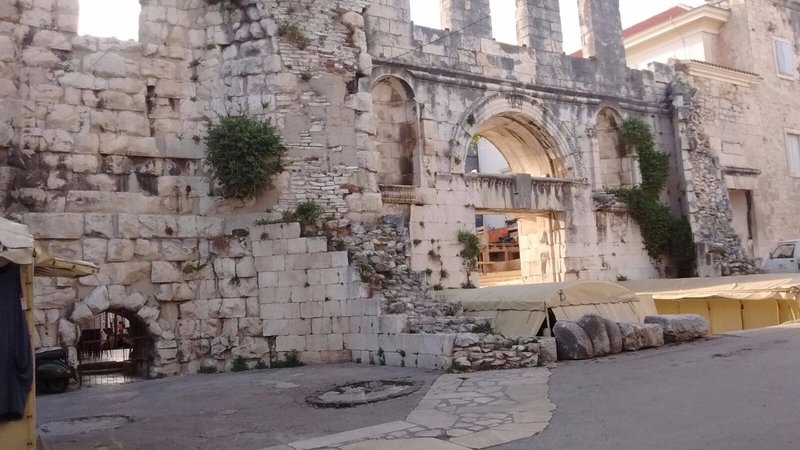 Apparently, this site is in GoTs but we didn’t recognise it…

That evening we went to a little bar which had the football on and drank far too much with all the Liverpool fans!

The following day we had planned to leave the car in Split (since the guesthouse owner found us a great spot and agreed to keep an eye on it for us), but unfortunately, the seas were too choppy for the catarmarans to Hvar town, where we had planned to stay. So we had to wait for the ferry instead which would take us to the other side of the island.

We spent the rest of the day mooching about Split, eating and drinking coffee!

We liked Split, but mainly because of the Bikes, it was much more expensive than any place we had been so far and definitely more touristy. I think again we benefited from it being offseason as I think during summer there would be too many people here!