We arrived in Zadar by a super cheap RyanAir flight (£60 return!). We were met in arrivals by a representative from AutoEurope who we had booked the car through. We got the car hire for a week for £40 and I paid about £10 for a separate carhireexcess.com insurance cover to avoid taking out the premium daily cover.

The car was hilarious…! Pete described it as a ‘boat’, but sadly I didn’t get any photos of it… it was a white Suzuki – a sx4 I think, a massive car with a tiny engine! We sorted out the paperwork but the guys were so casual about it we just ended up chatting to them for ages.

We set off from the airport with my phone (and offline maps) at 2% battery… sure enough after about 5 minutes we were in the middle of nowhere with no sat nav. We continued to follow signs to Zadar old town with stress levels rising. Luckily our route took us past a McDonalds – all hail Maccies free wifi!! With the free wifi, we were able to get the maps up and find out we were only 5 min from the hotel. Of course, we had to sample what Croatian McDonalds is like – I can confirm, it is the same as in the UK!

We checked into our hotel ‘El Mirador Rooms’ just on the outskirts of Zadar old town, 1 block from the footbridge over to the walled peninsular. 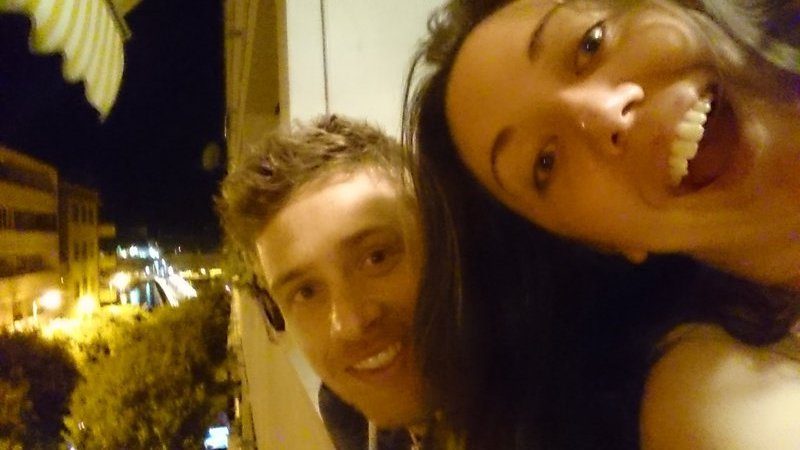 View from the Balcony at midnight!

The following morning we woke up to a beautiful sunny day and Pete went out to get pastries and ice coffee to have on our balcony.

A short walk took us over the pedestrian bridge and into the walled old town; the colour and clearness of the water was unbelievable, especially considering it was a busy harbour. We spent the rest of the morning walking around the old town, visiting the main cultural and architectural sites. One of the more unusual sights was the Redbull World Run which was on in the town that day. The streets were heaving and EVERYONE was wearing tights leggings. Pete didn’t know where to look! It was interesting for people culture in that sense too and we also spent a large portion of the day people-watching (aka bum-watching). haha! 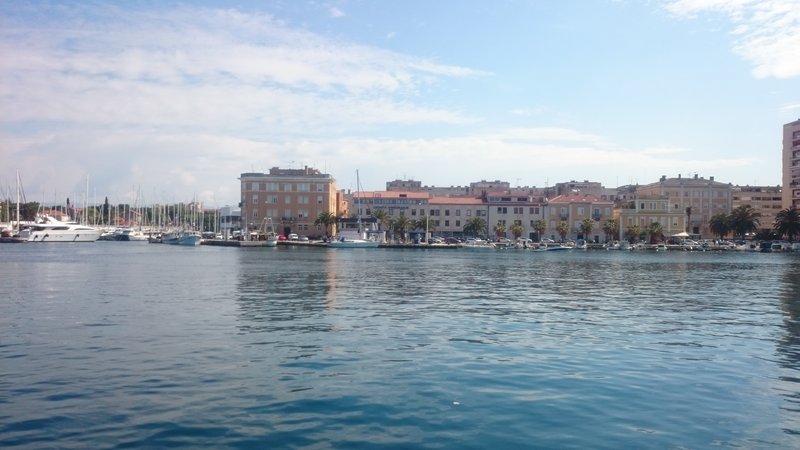 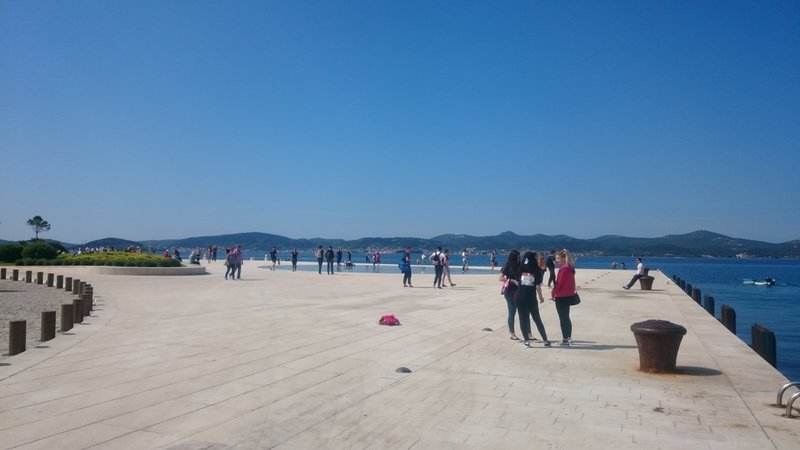 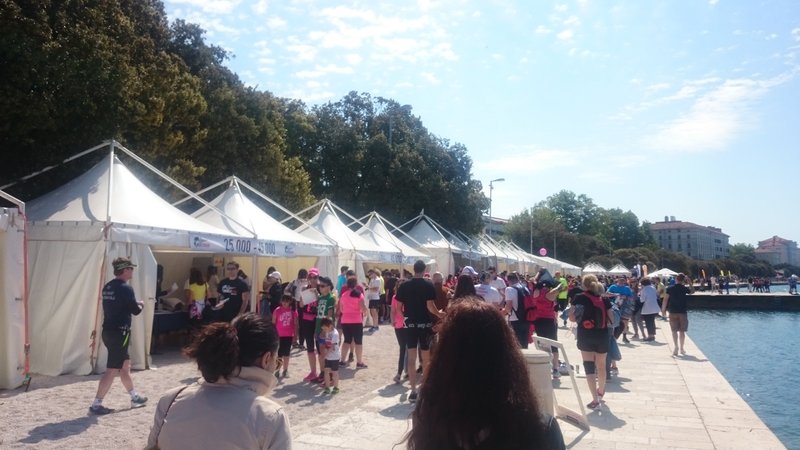 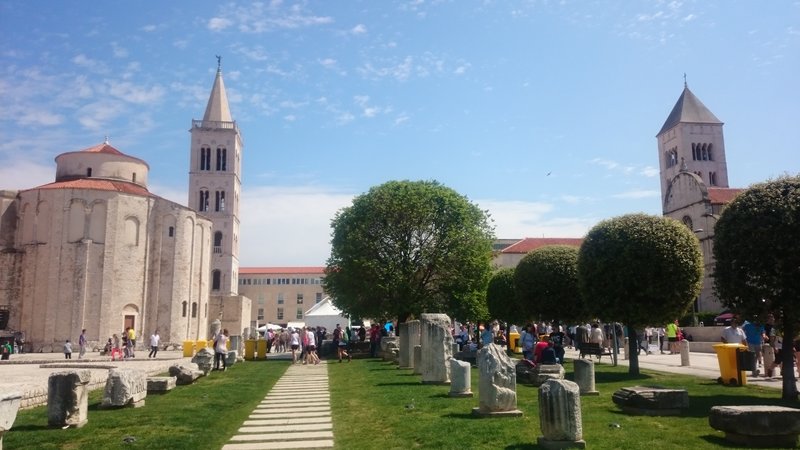 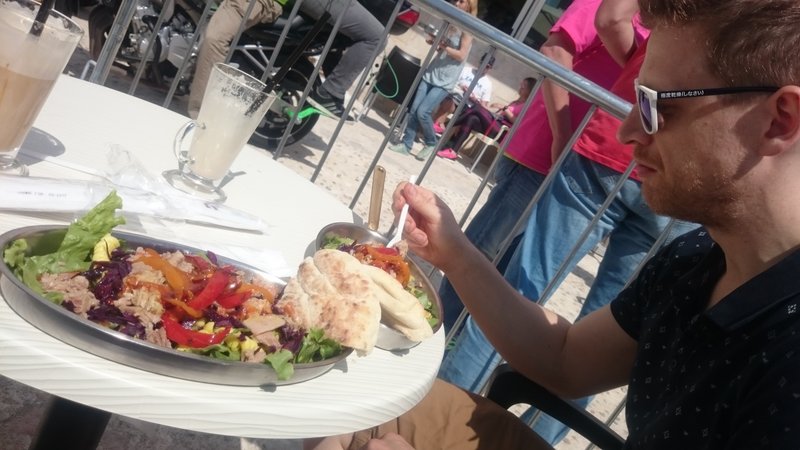 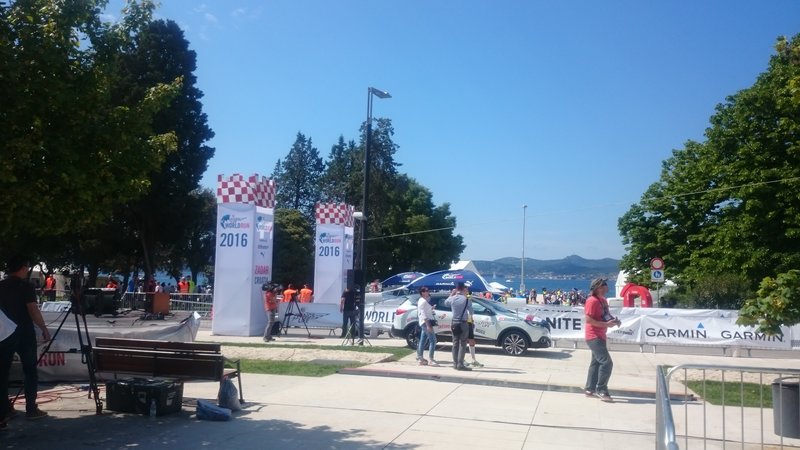 As the day continued, the town started to get more and more busy, so we explored some of the more quiet parts of the old town, the East side, which we saw was not part of the World Run. 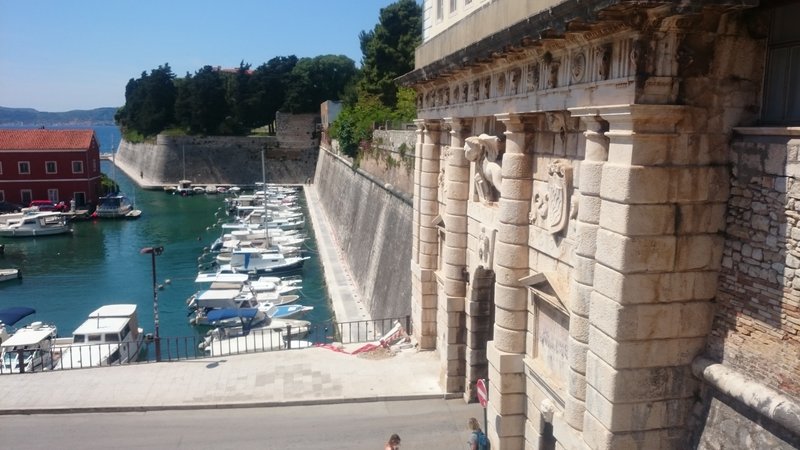 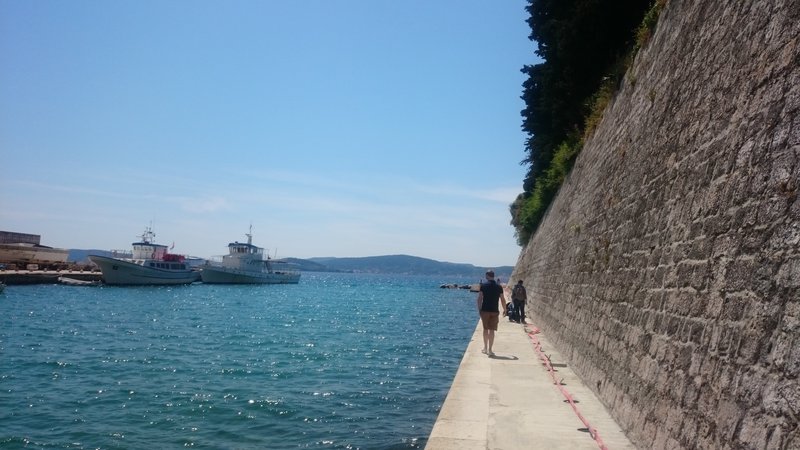 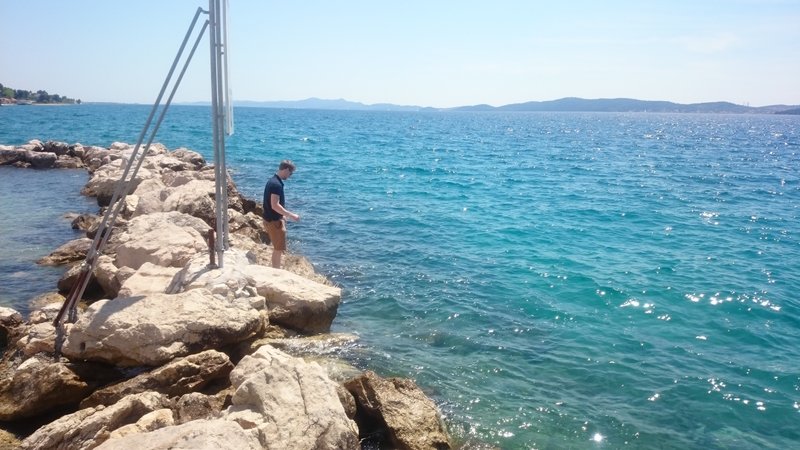 By mid afternoon the run was underway and so we decided to escape the city and explore one of the local beaches – the beauty of having a car! We packed a bag and drove out to Nin’s Beach in Nin. This was so quiet and tranquil and the setting was beautiful with the Velebit and Paklenica Mountain ranges in the distance. The beach was sandy, and the sun was hot, but the water had a cold bite to it. So we found a lonely tree and camped under there, watching a distant thunderstom over the mountains – the lightning was incredible. 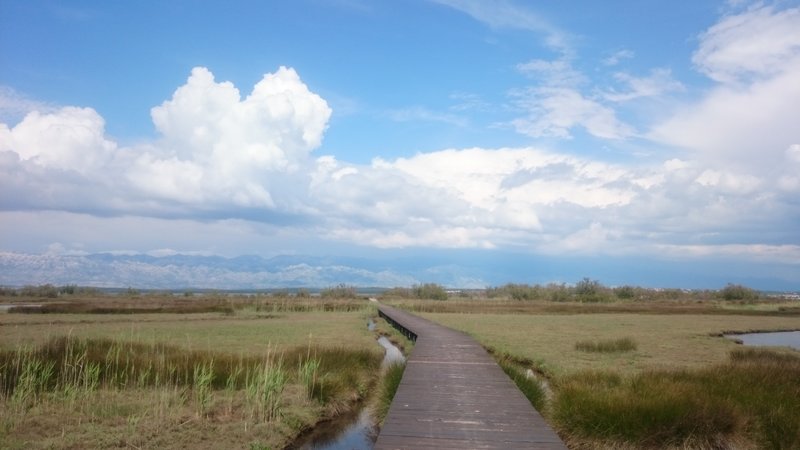 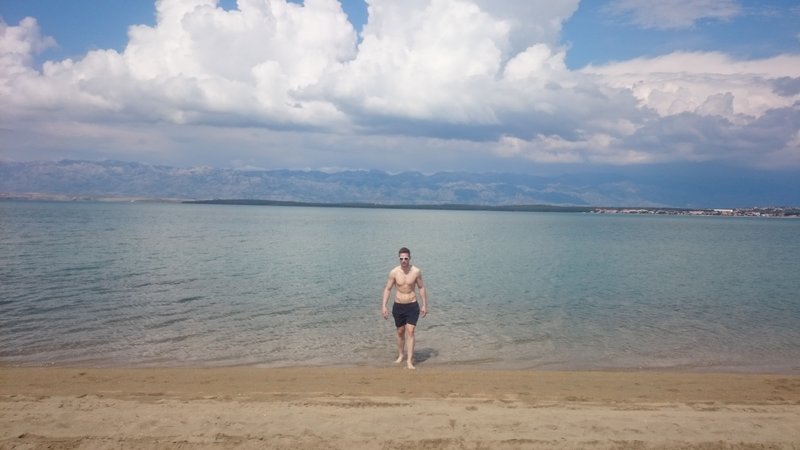 That evening we ventured out into the Old Town again and sat on the Sea Organ to watch the sun set before getting lost amongst the many bars and clubs down the tiny winding side streets. 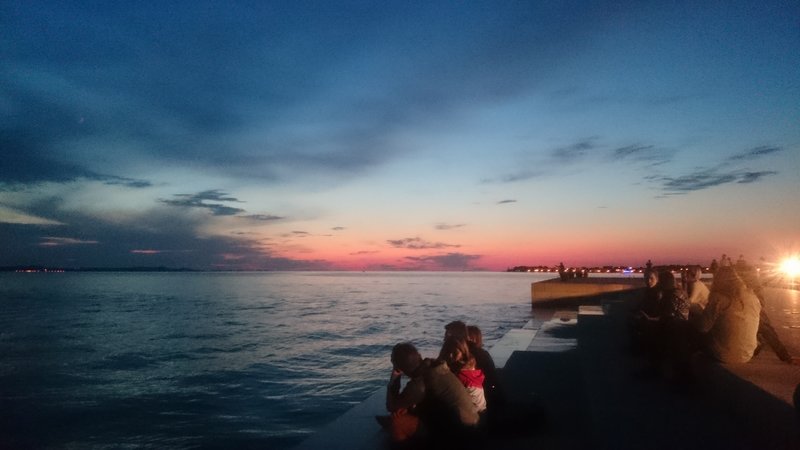 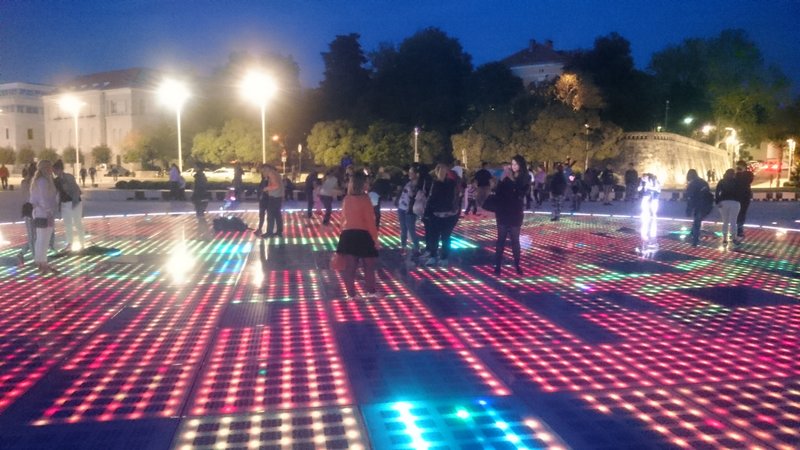 It was a busy day in Zadar, but we didn’t mind so much as that added to the charm and authenticity of the town. We explored most of the Old town just by walking, it was easy to get lost, but just as easy to find yourself again. We loved the Sea Organ and found ourselves pulled back to it time and time again throughout the day just to sit and listen…. But the running joke of the holiday began as Pete spoiled the silence to say “sooo…. Culture? Architecture? Completed!” Which leads to our second stage of the holiday – Nature and Adventure…