From Rinjani, we really wanted to visit the South of Lombok and the Kuta (yes same name as in Bali) beaches. But it was quite far to travel in one go, so we stopped briefly in Senggigi on the West coast, just North of Mataram, the capital.

My knee was still extremely sore, so we took the days here easy, resting a lot and hiring a motorbike and exploring from our guesthouse; Wira Inn, rather than walking.

The road from Rinjani to Seggigi 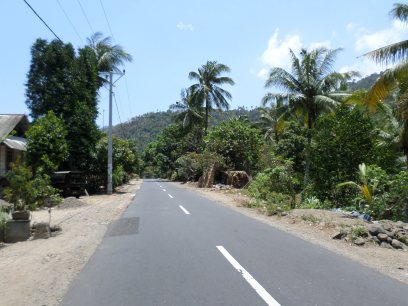 The road from Rinjani to Seggigi

After a big rest, on our first full day, we rented a scooter and drove through ‘Monkey forest’ and North of Senggigi along the coast and beaches. Away from the sandy Gili islands and the ash and shingle-covered volcano, we really started to notice the stark differences in the environment between Lombok and Bali. The vegetation was more like shrubs and the ground was so dry and dusty. We learned later that there is a huge water shortage in Lombok, so different from the lush wet rice paddies and tropical rainforests in Bali. The culture was also much different, not only had the main religion changed from Hindu to Muslim, but the style of houses, no longer intricately carved doors, but more simple wooden and bamboo. It was also much dirtier, rubbish littered the sides of the roads and the beaches. It is such a shame as the island was beautiful if you ignored that. Hopefully, with more development of the island come more advanced waste disposal and sanitation. 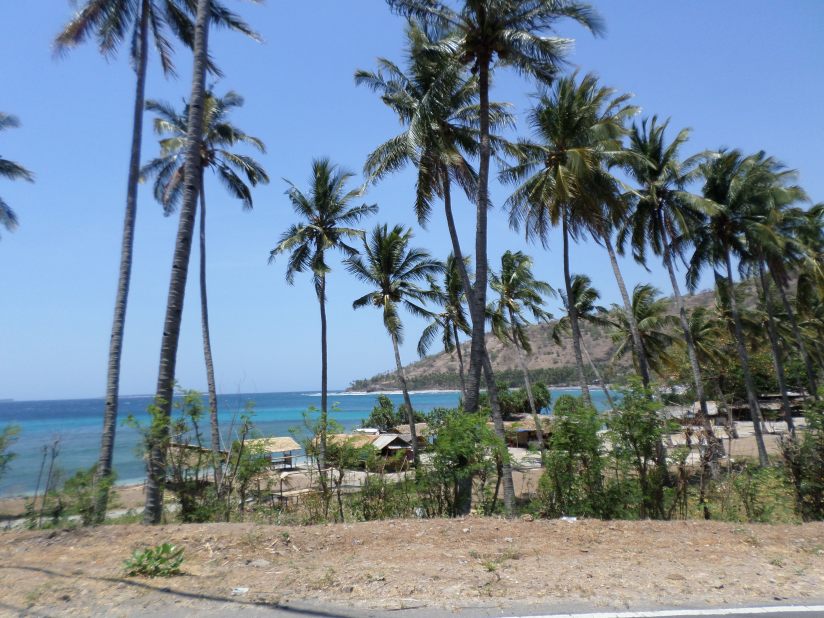 The following day we still had the bike, so this time we headed South from Senggigi through Mataram and the surrounding area, before heading to Lingsar temple through some quaint villages.

After a nice day we headed back to Senggigi and visited Pura Batu Bolong temple, before finding a spot on the beach to watch the sun set. 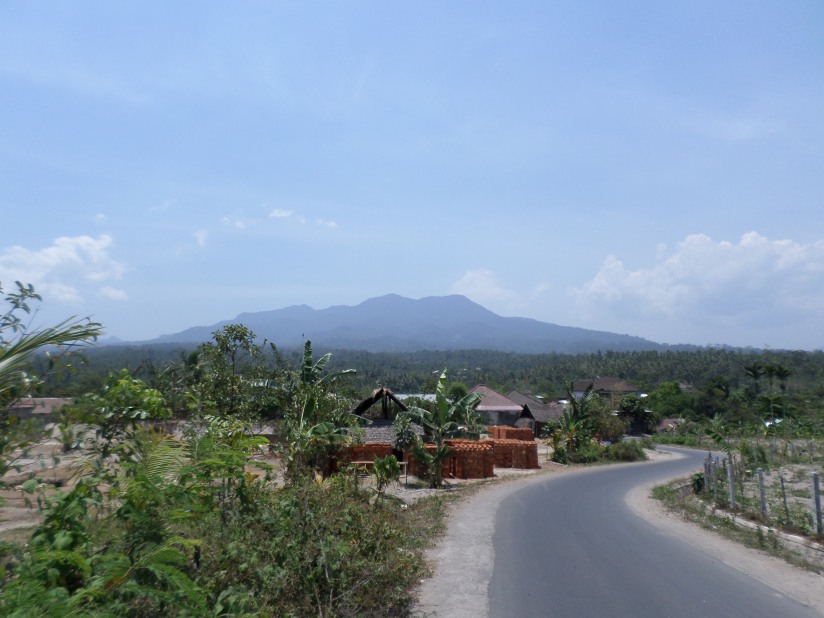 After an island which lacked the Sasak culture and a hike up a volcano in a tour group, this was our first real taste of Lombok people, religion and geography. We did like it, but as you can see from what we did, we spent most of our time seeking out the Hindu/Balinese temples and culture. They really were so beautiful in their designs, all hand-carved and with brightly-coloured wraps and fabrics… The landscape was also not as stunning, and although the rice paddies were still lush, the rest of the landscape was dry, barren and sandy. It was great to see something so different from the rest of South East Asia.

The next day we hailed a cab to drive us to the Southern region known as Kuta. We hoped it wasn’t going to be as commercial as Kuta Bali… Fingers crossed!