I arrived in Kuantan late at night and the weather was already starting to get bad. I checked into Kuantan Backpackers where, once again on my trip, I had the dorm to myself!

In the morning, the rain cleared a little so I headed to the town. But the rain had made it super humid, it was tough going. 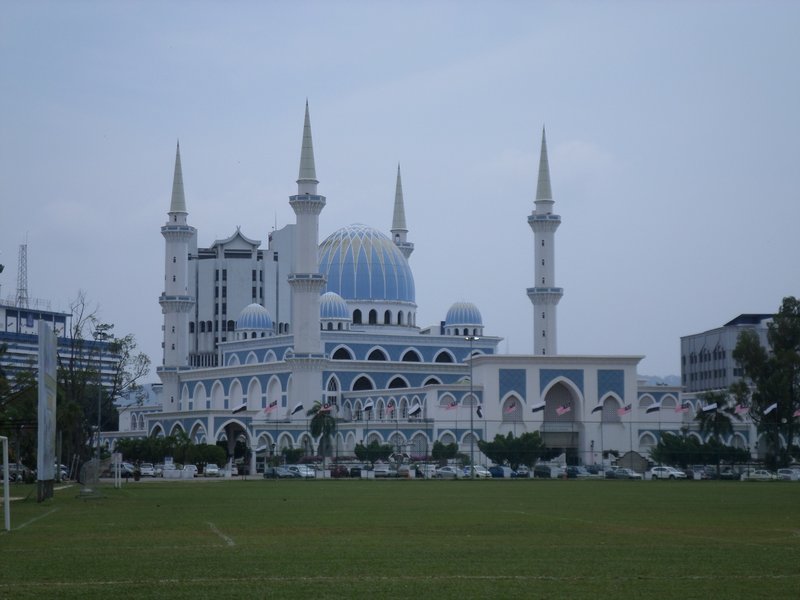 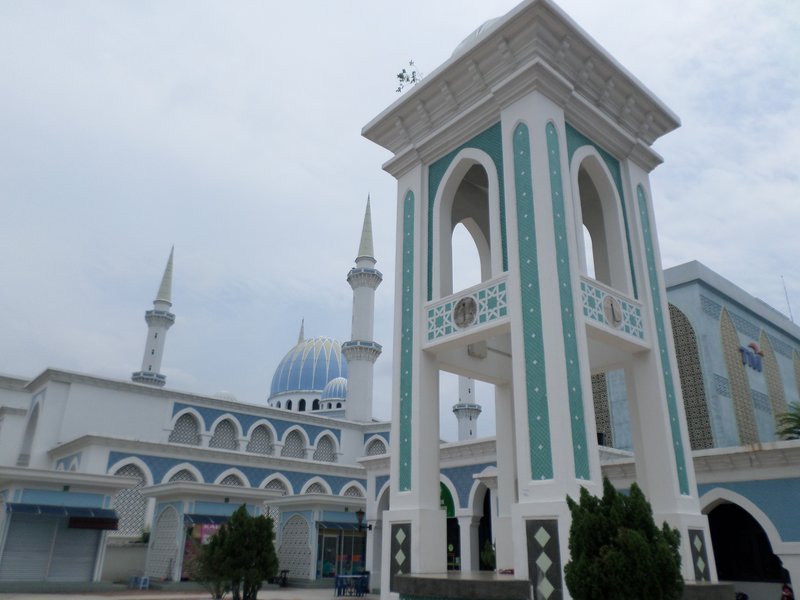 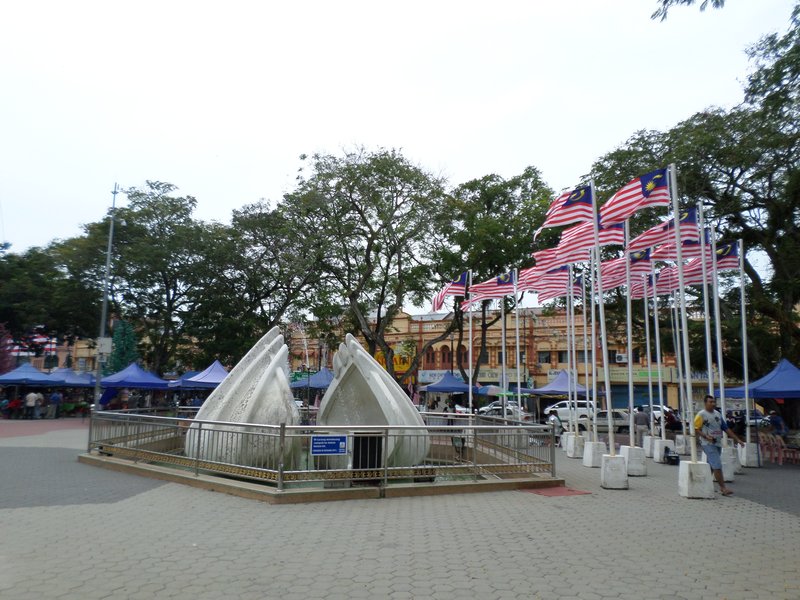 I stopped at a small restaurant and truely discovered roti canai. Although I had had this dish elsewhere in Malaysia, here it was an institution! Everyone was eating it and the cafe was full! it’s basically a small oily pancake with a spicy curry to dip it into. You have it for breakfast! 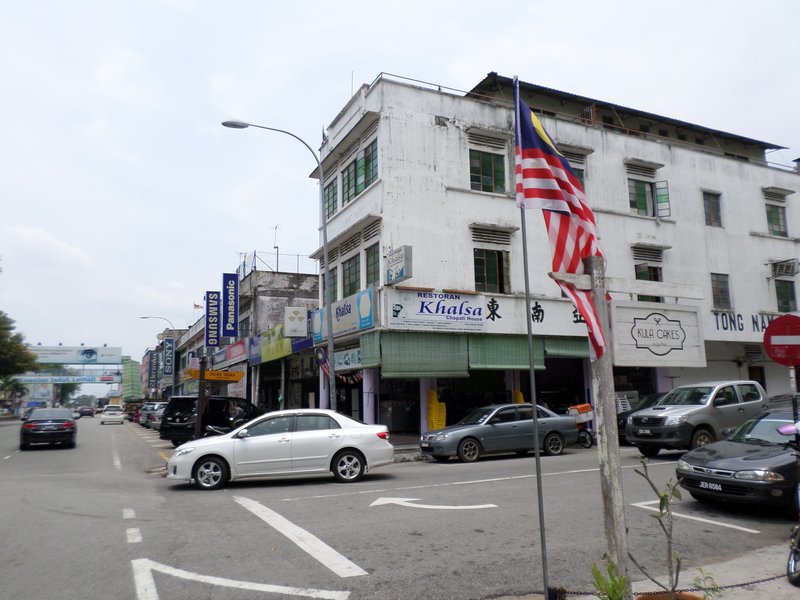 Delicious roti canai here!
From here I walked across the estuary and thought about finding somewhere cooler… 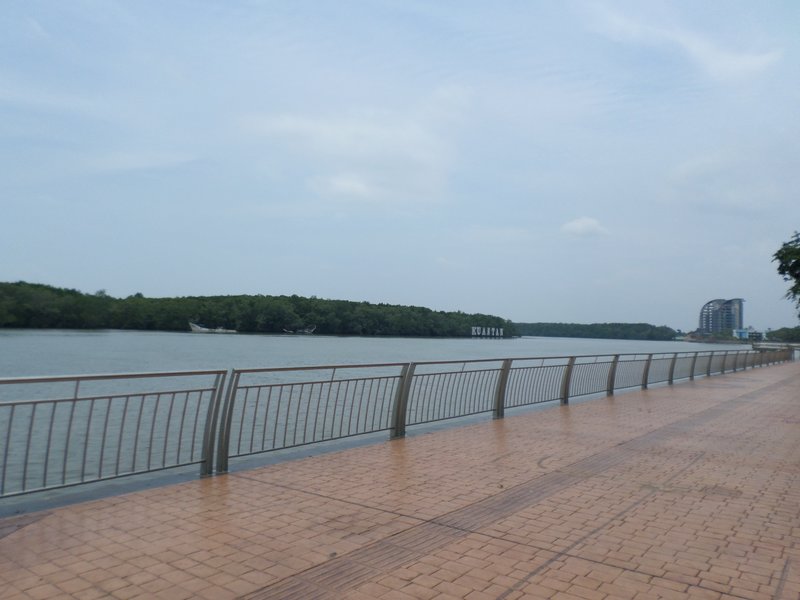 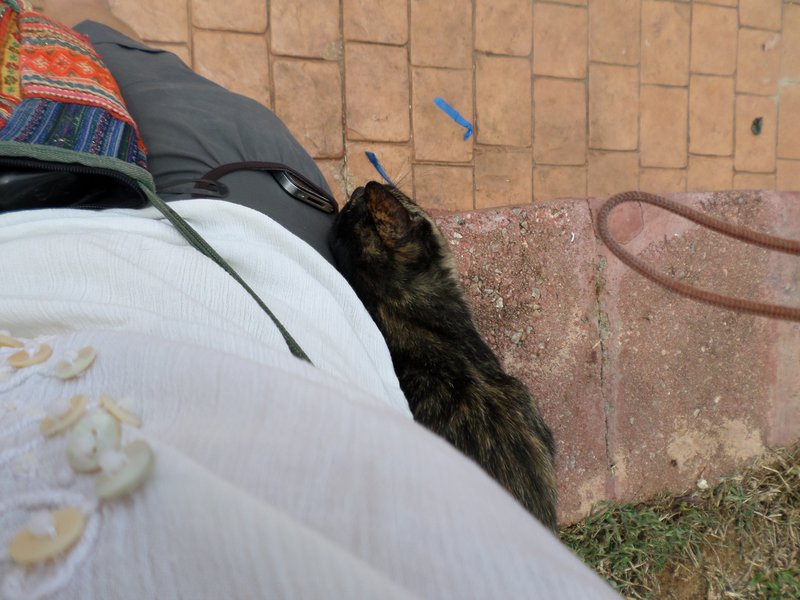 I made a kitty friend! 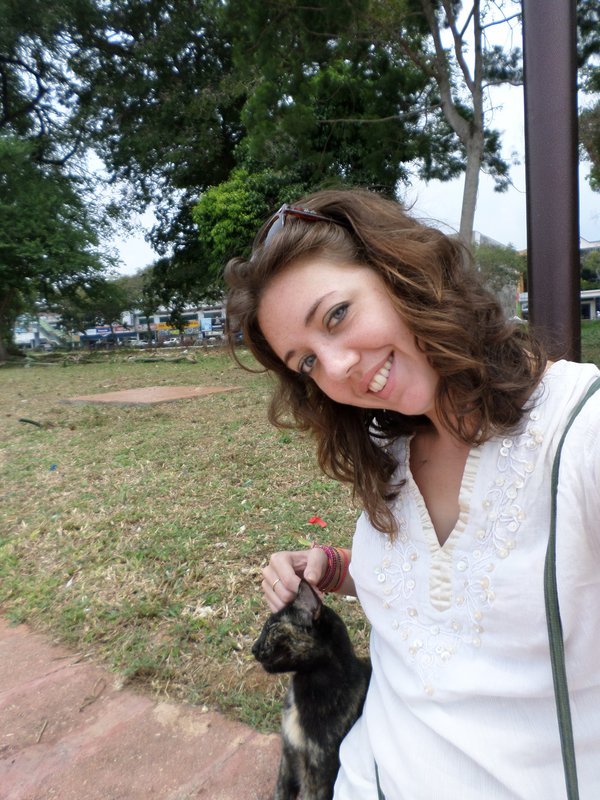 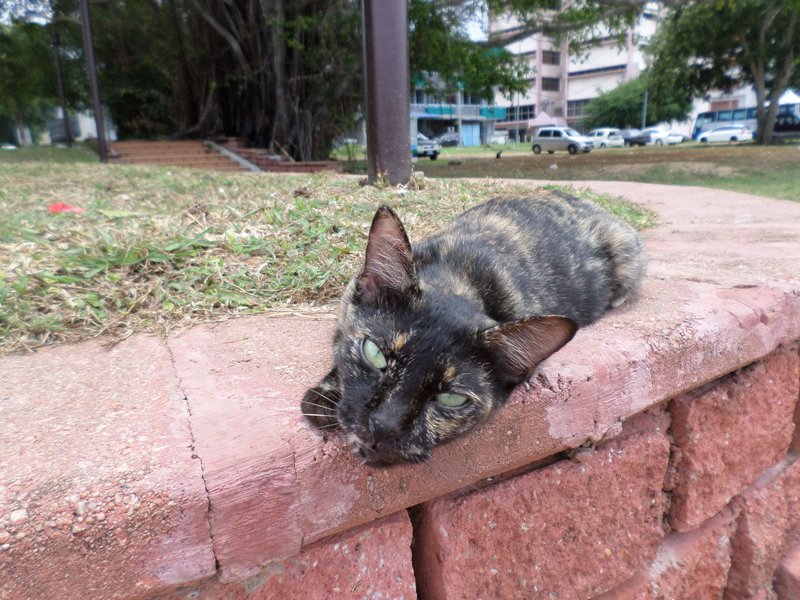 he followed me for AAAAGGGGEEESSS haha 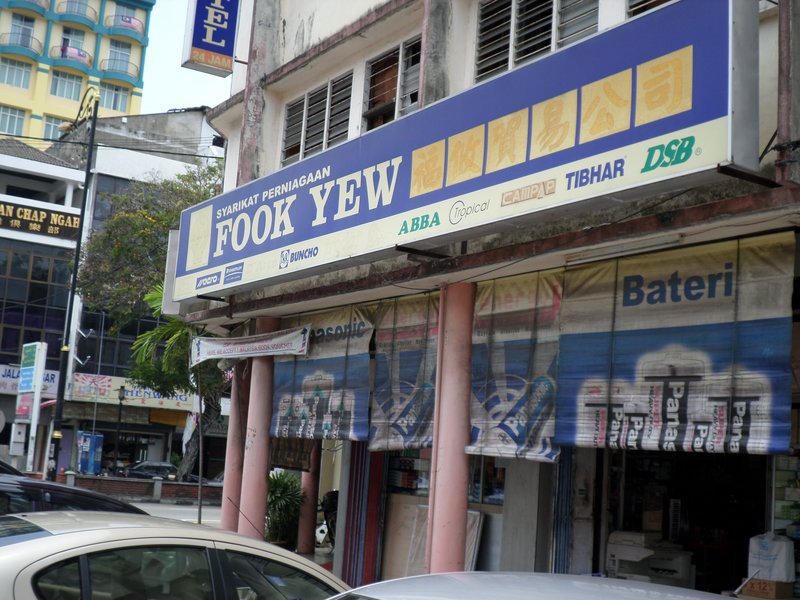 Yep… this was a real shop

Eventually I succumbed to the heat and headed back to the hostel for an hour in the aircon. Once cool enough to head back outside, I jumped on to a bus to Teluk Chempedak beach, supposedly a beautiful beach not far away.

Pretty much as soon as I got there, the heavens opened and a massive thunderstorm began which lasted a few hours. It was cool at first to watch the lightning, but then that novelty faded and I visited the local McDonald’s for some shelter! 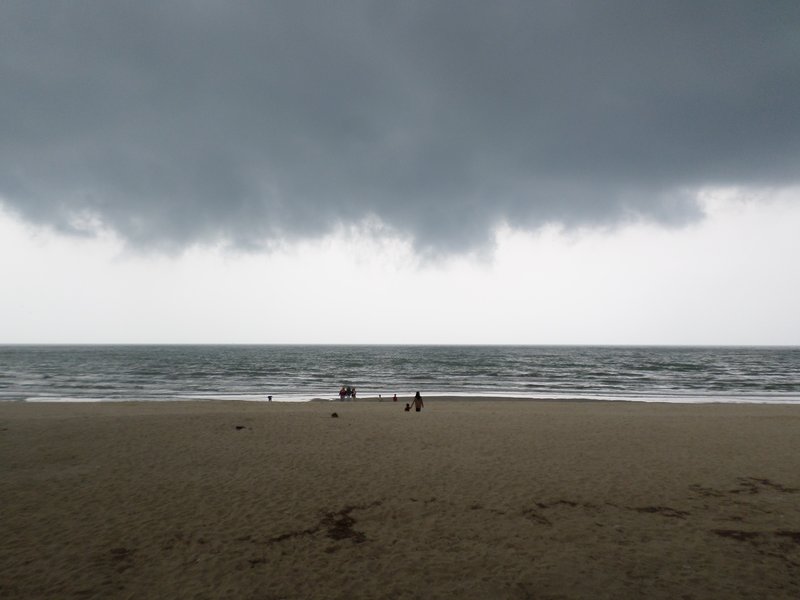 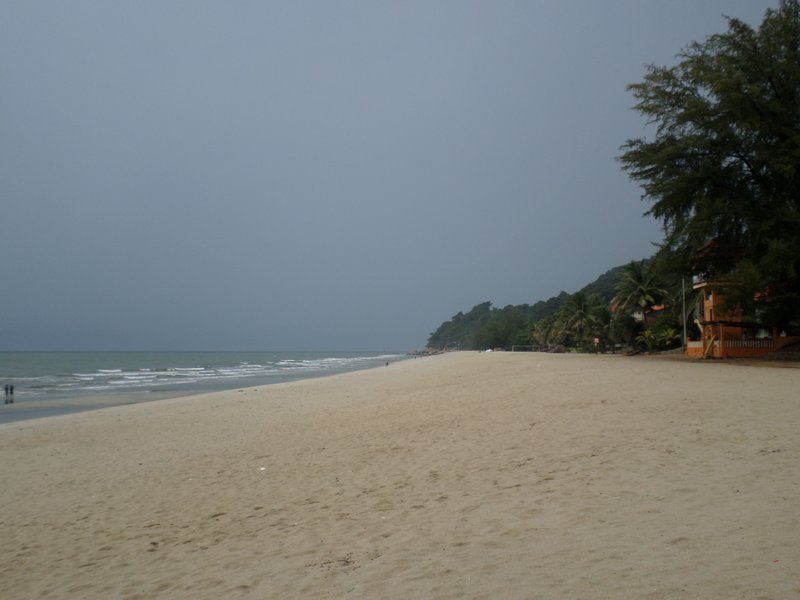 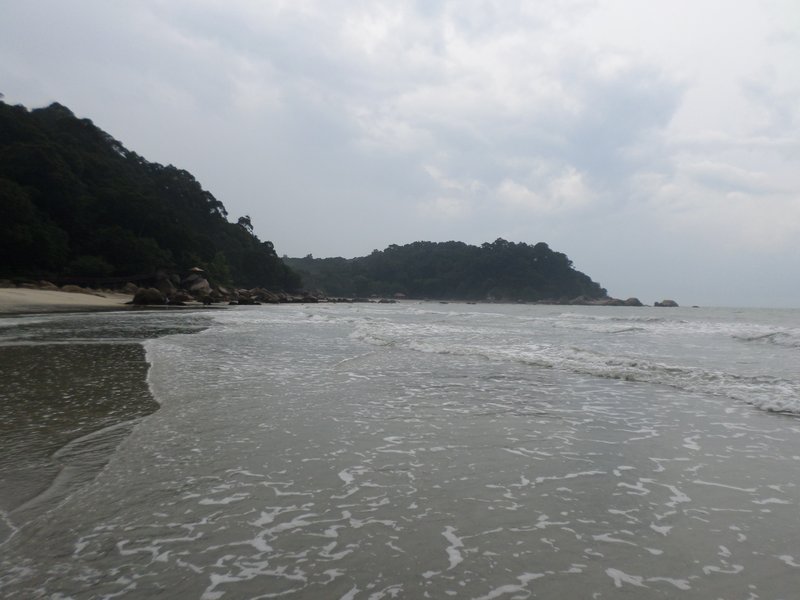 The beach had potential… but the rain ruined it 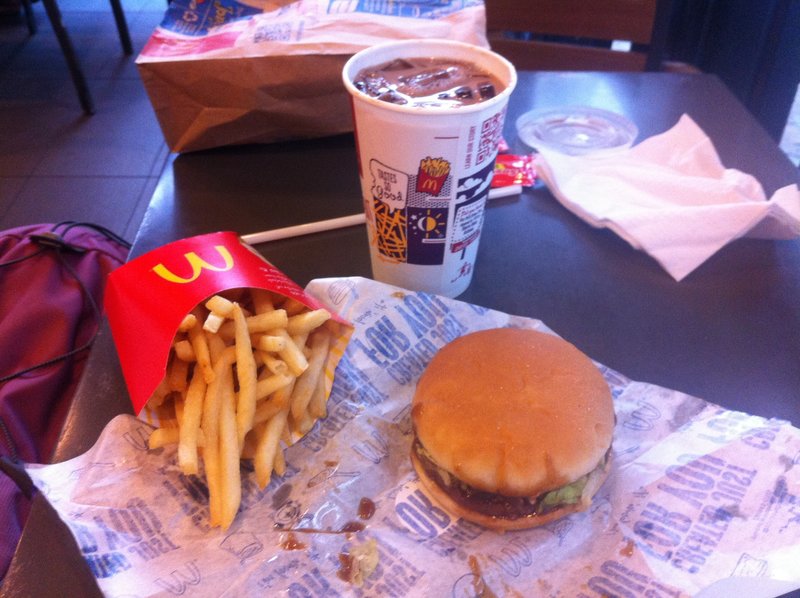 Yep, maccies in Malaysia is the same, except you can get Milo (chocolate milk) as your drink!

Kuantan was a nice sleepy town. Unfortunately the weather meant I didn’t make the most out of the local beach here. But it also meant I could relax in the hostel and catch up on some film watching (that evening I watched all the hungergame films) and some blogging. Overall it was a pleasant town.