From Ipoh, John and I headed from the local bus station out towards the Cameron Highlands. The road there wound through the mountains and jungle and was one of the most incredible roads yet. The higher we climbed into the interior of peninsular Malaysia, the worse the weather got… foggy and misty looking out over the valleys from the road. When we finally arrived in Tanah Rata in the Cameron Highlands region, the sky was completely grey and it was raining heavily… A nice difference from all the heat, well, for about 10 minutes before I realised I only had one pair of full length cotton trousers and one jumper! By the time we checked into a hostel in the town it was late, so we headed straight for food at an indian restaurant which did delicious naan bread. 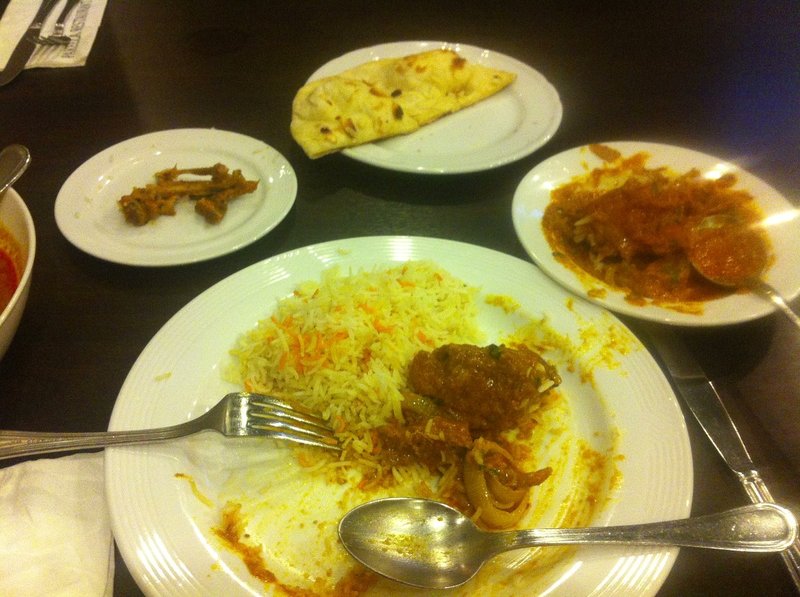 The next day the rain was still relentless, but John and I decided to try and brave it anyway. We got as far as a coffee shop where we had scones, strawberry jam and cream with local tea (well, coffee for me). The climate in the Cameron Highlands makes it perfect for growing many of Malaysia’s fruit and vegetables, but in particular, strawberries, which were bought to the region by the British – hence the influence of locally produced strawberry jam with a cream tea. 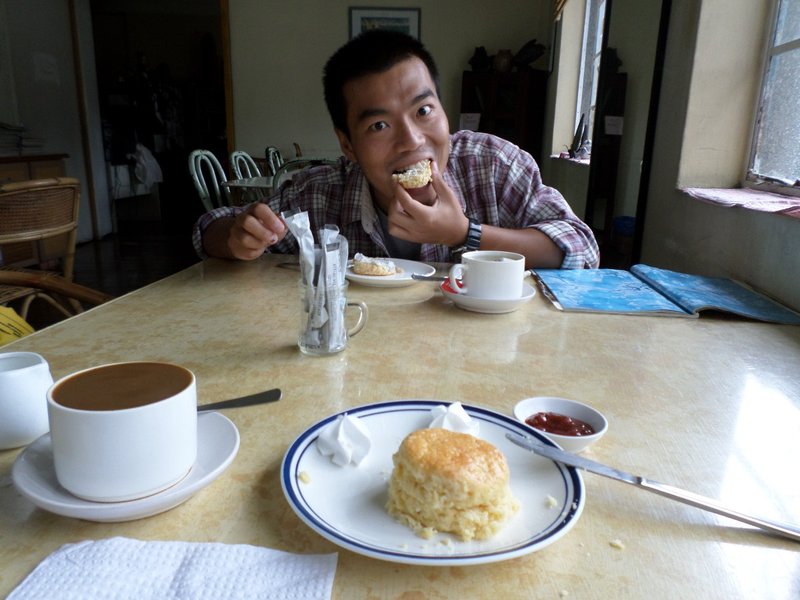 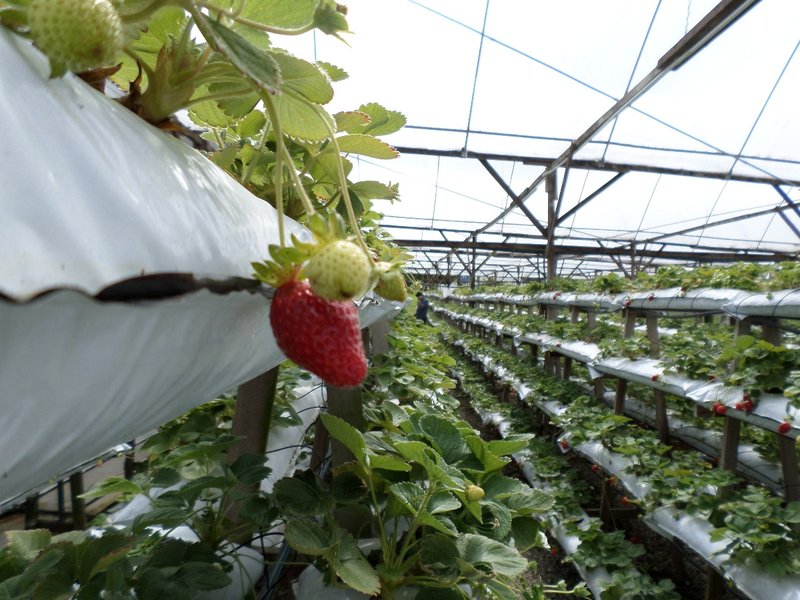 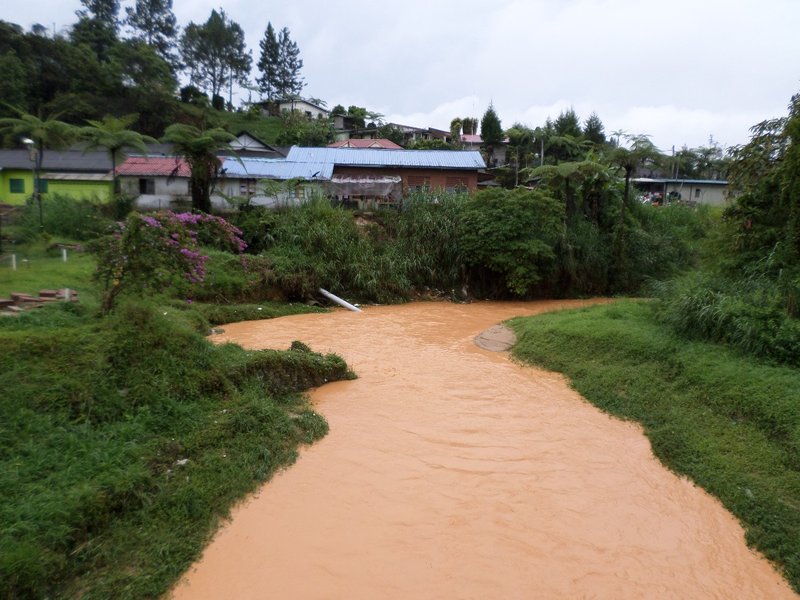 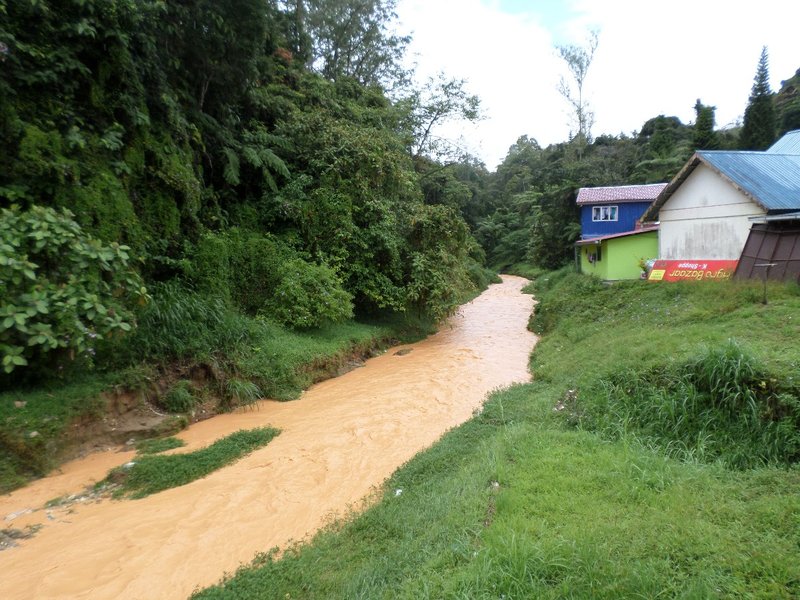 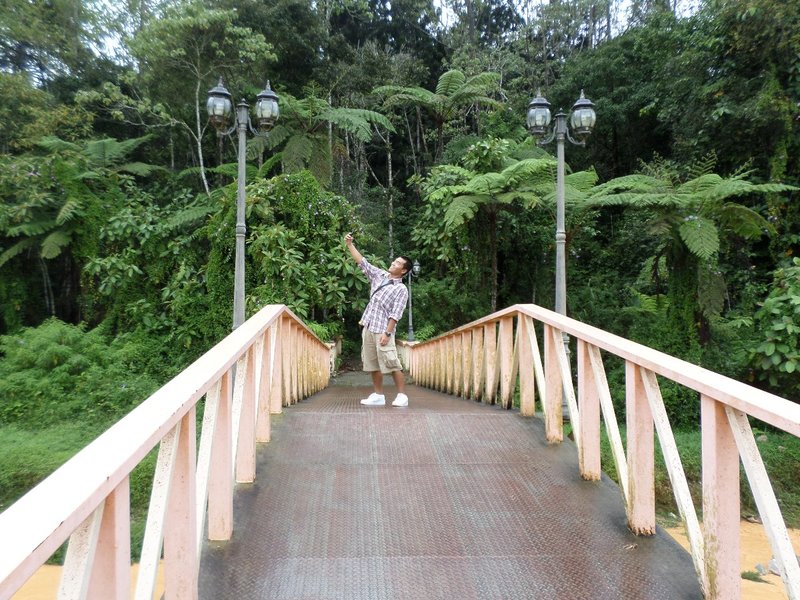 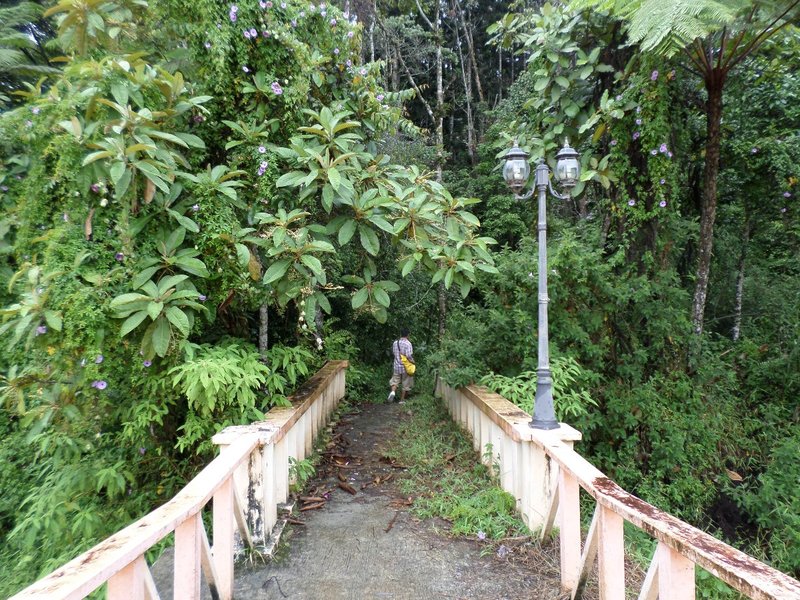 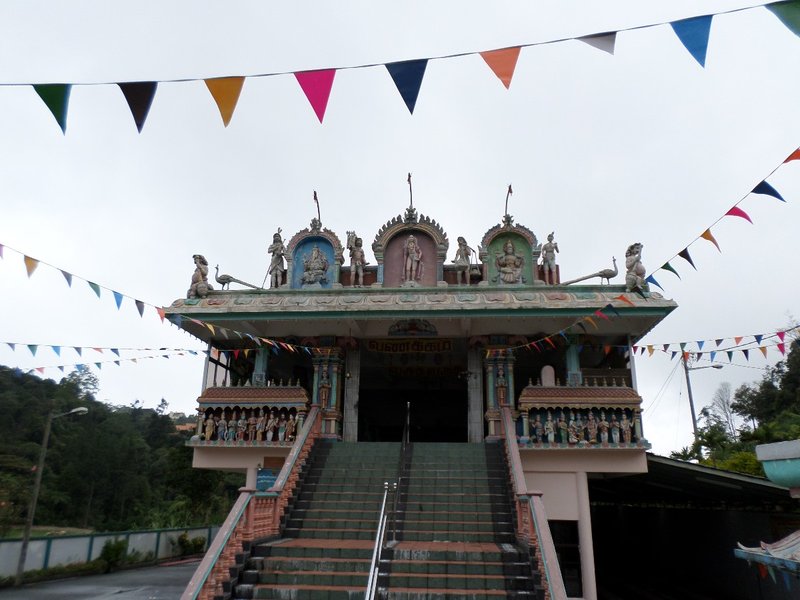 On the way back to the town from the valley the heavens really did open up and we managed to find some shelter in a local golf pavilion when we stayed for about half an hour before sucking it up and just getting wet… we arrived back at the hostel very cold and very very wet! After a hot shower and a nap to recover we met some of the other travellers staying at our hostel; Chin, Romy, Roelie and Bryant. We made arrangements to meet up the following day to visit the tea plantations and hang out. 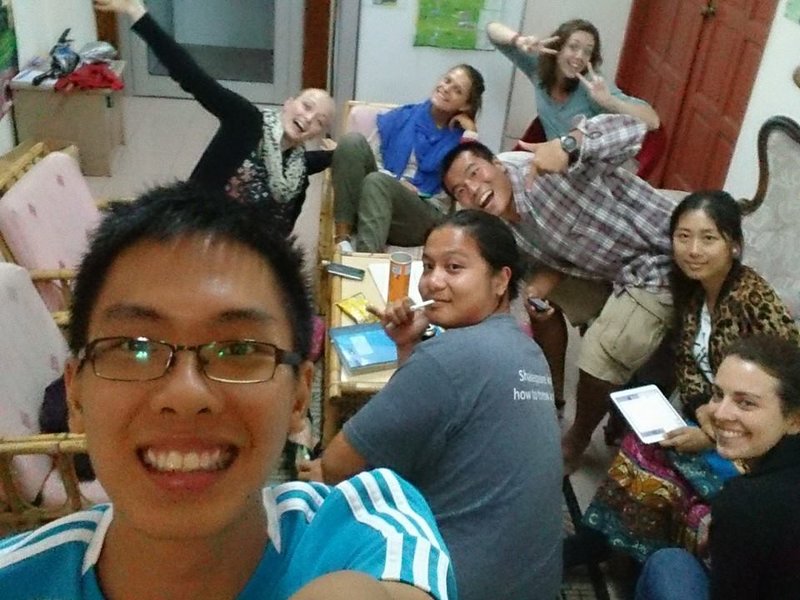 Surprisingly (and luckily), the following day was actually lovely weather, and so John, Romy, Roelie and I caught a taxi over to one of the local tea plantations that is open to the public. In the plantation was a small museum and information showing how the tea is dried and packaged on the site, but the main attraction was the views of the plantation out over the valley. After a quick pit-stop of cake and coffee we took a walk up one of the hills which we heard lead to a mossy forest and even better views over the valley.
Cake and coffee 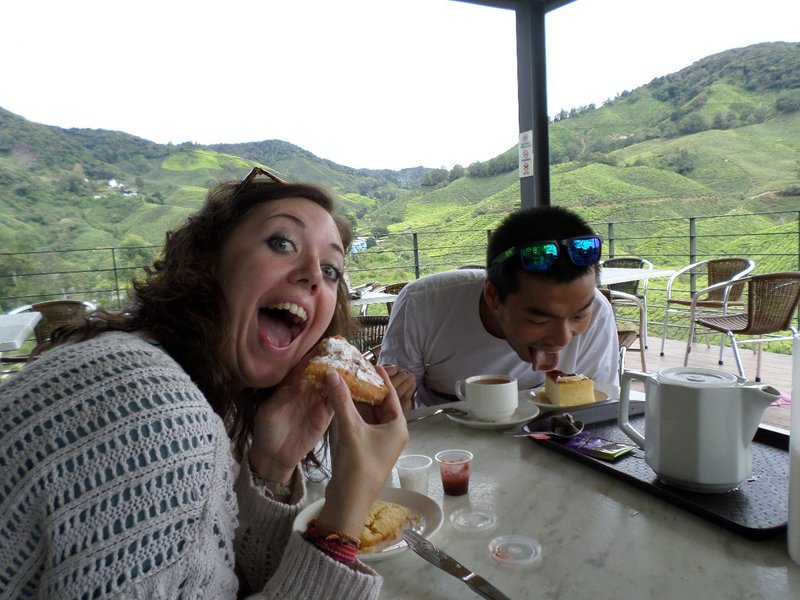 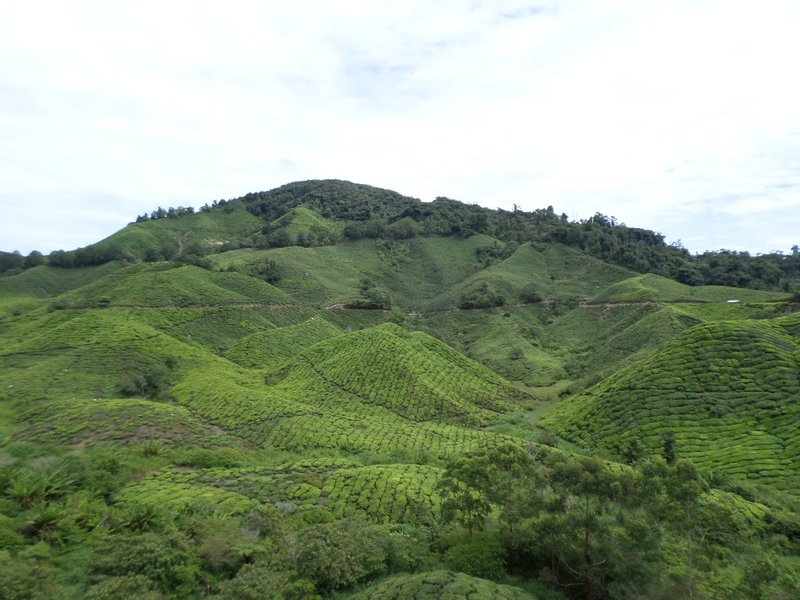 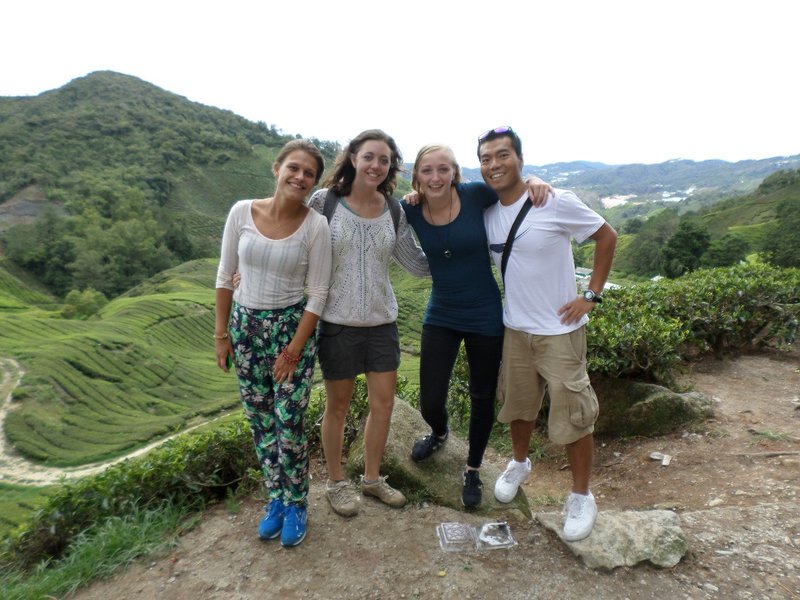 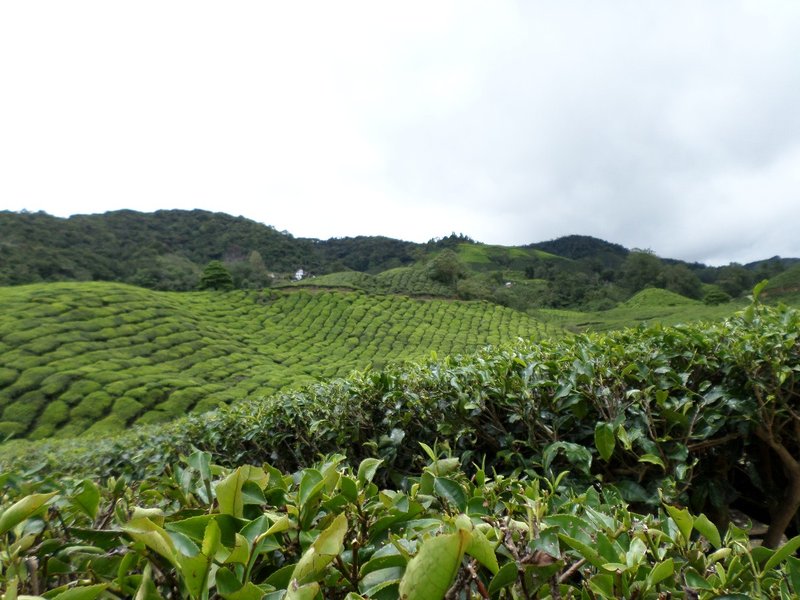 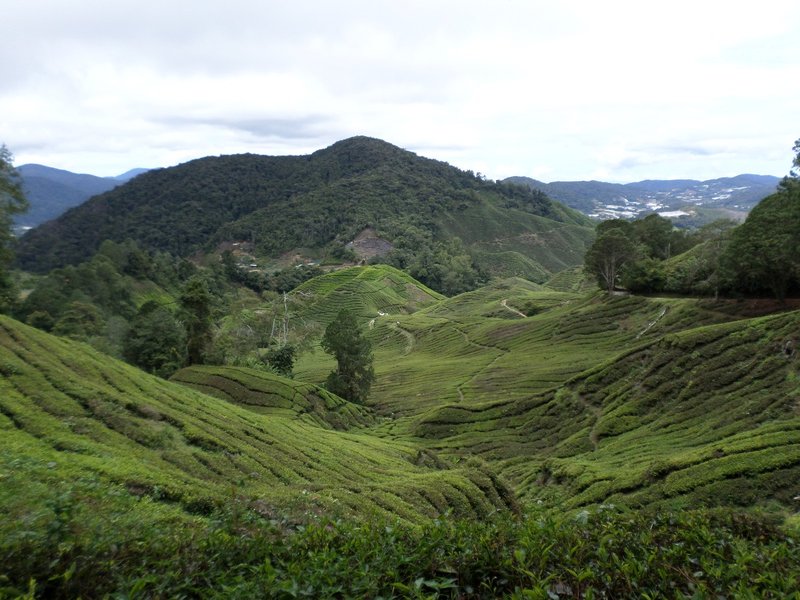 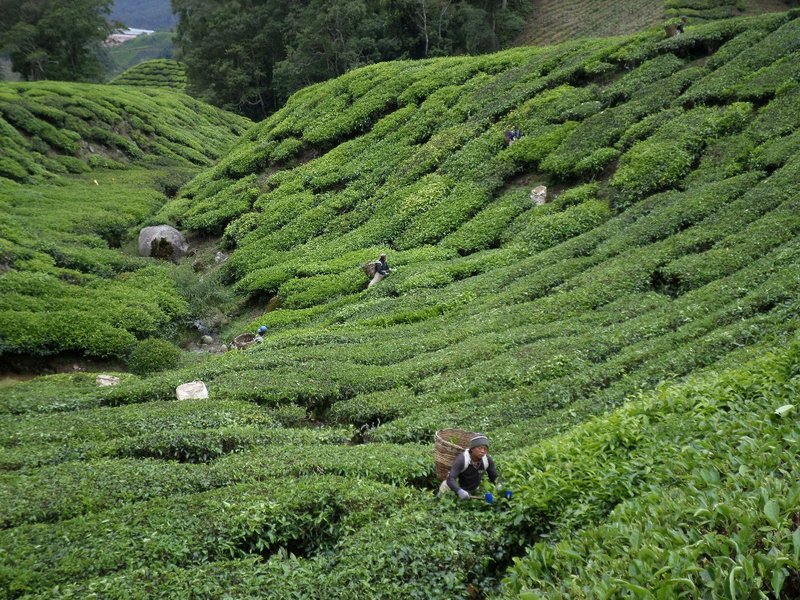 We managed to hitch-hike back into town, which meant all 4 of us squeezing into the back seats! 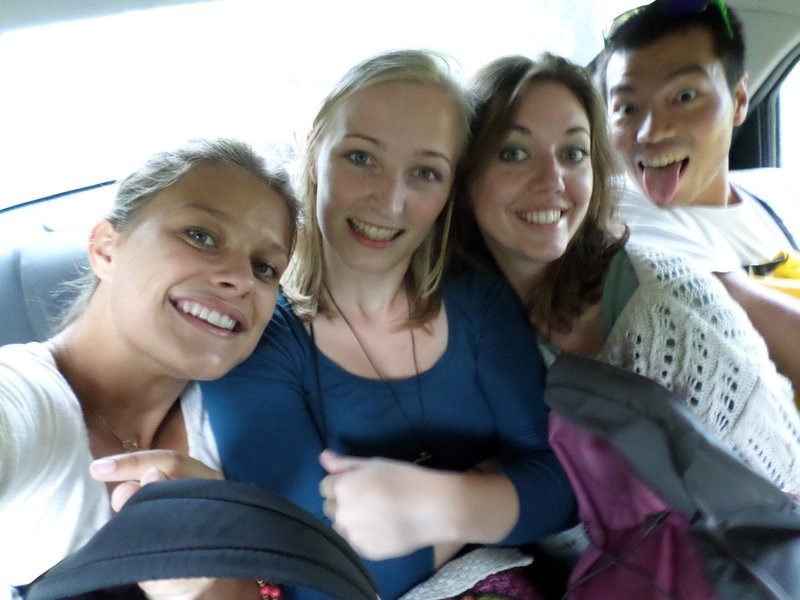 When we arrived back the weather turned slightly and so we began a game of pictionary, which slowly attracted lots of people! I was the best by default… as the only English player it was easy to guess words such as ‘Wellington boot’, that nobody else had ever heard of! 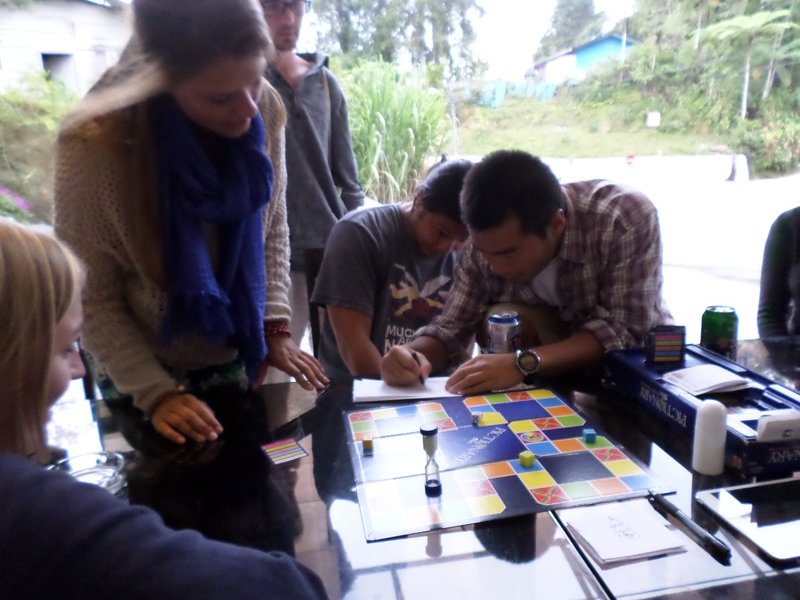 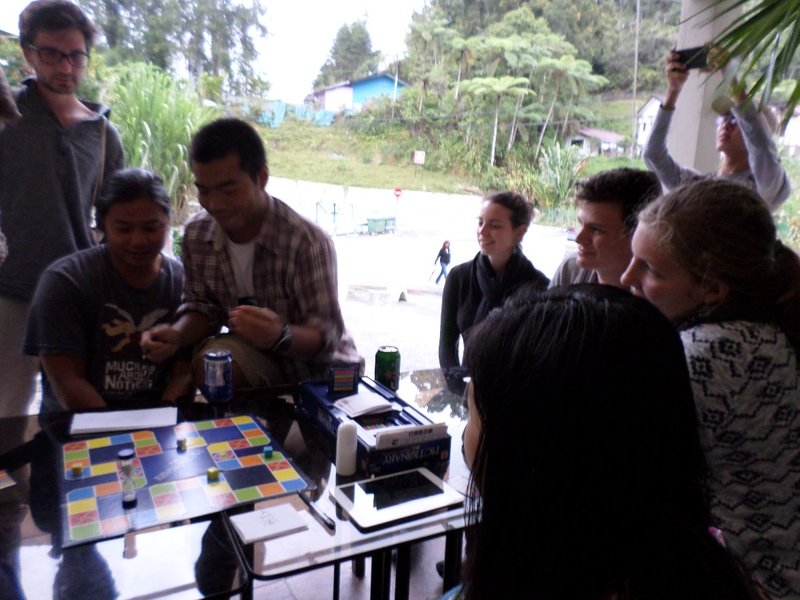 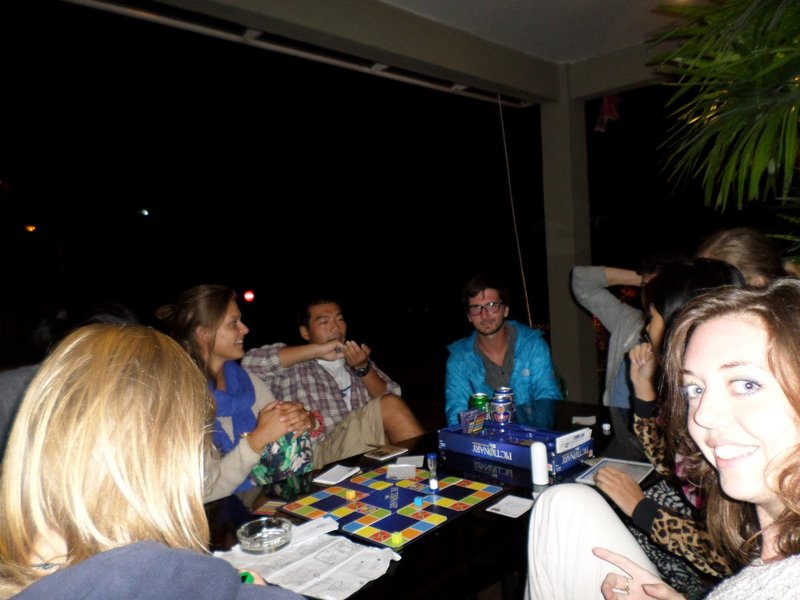 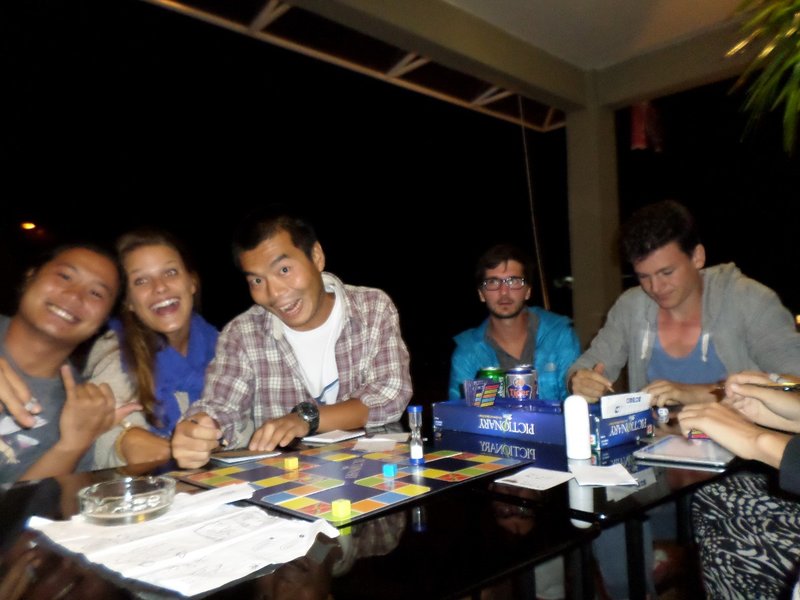 After the game, Chin took us out for some traditional steam boat, a Malaysian variation of Chinese hot pot. 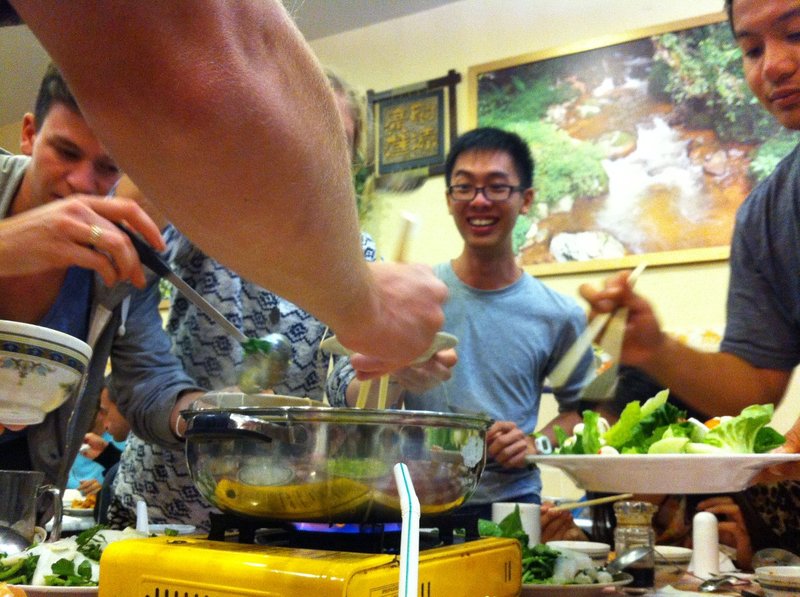 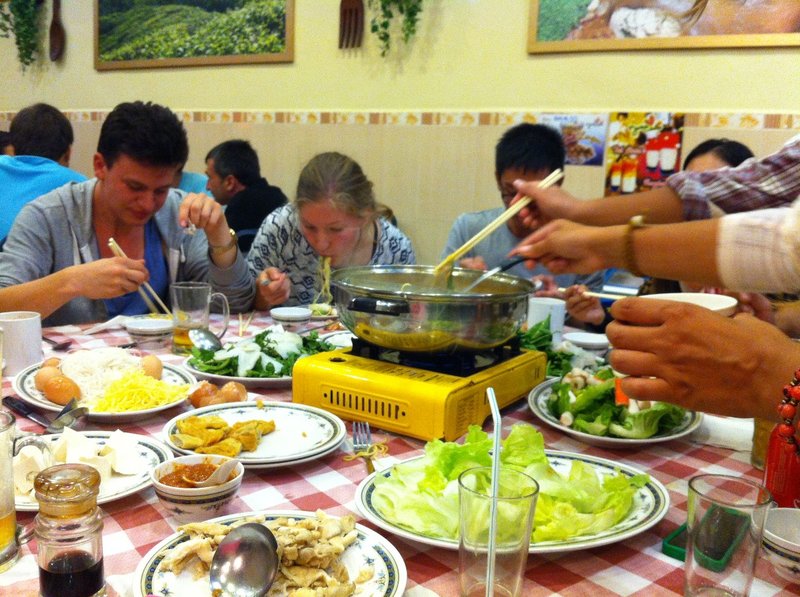 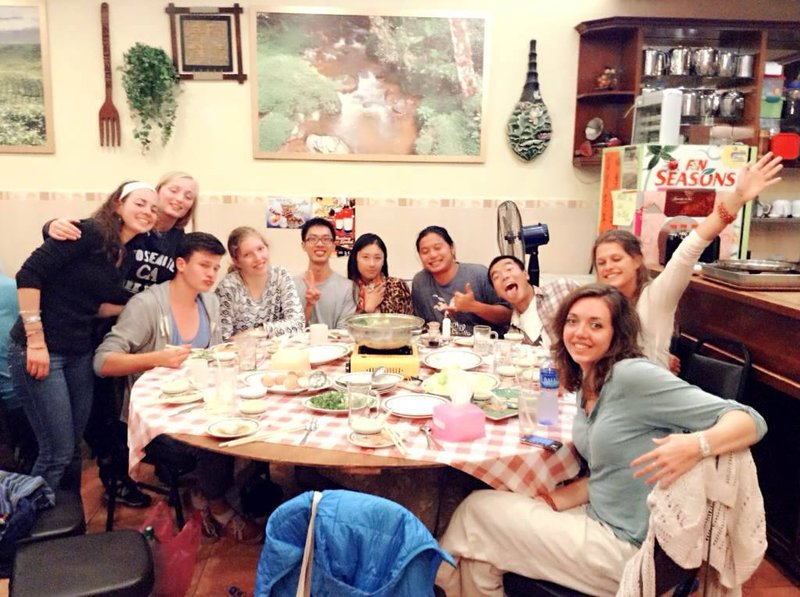 The evening carried on late into the night, with far too much Malaysian vodka being drunk… the next day was NOT a good one!

The Cameron Highlands region of Malaysia were such a contrast to the rest of asia I had visited, and reminded me somewhat of Da Lat in Vietnam, with the cooler climate and fruit and vegetable growing farms. However, it felt slightly more commercial than the rest of Malaysia, with more group tours, open tea plantations charging a fortune for coffee and all the gimmicky ‘pick-your-own’ strawberry farms. But this meant that I was able to meet lots of other travellers who I keep in touch with even now, and there was no denying the beauty of the plantations.