I left Phetchaburi for Prachuap via minibus and had the intention of blogging on my journey, however I quickly realised that I had left my notebooks back at Mayom hostel. I messaged Roong on Facebook and amazingly she was able to ‘post’ them to me on the next minibus leaving Phetchaburi.

After arriving I checked into Maggie’s Homestay, where I had a private room by the beach for so cheap! I hired a bicycle and went back to the minibus depot to collect my notebooks. Whilst waiting one of the ticket sellers gave me a massive bunch of grapes for free, of which I only ate a few to be polite as they were small and full of pips! I put them in my bike basket and almost forgot about them…

After collecting my notebooks I rode along the coastline and through a military complex to the next bay along from Prachuap, where I had heard there were spectacled langurs which were friendly. When I arrived where I had been directed I could see nothing… no monkeys. Then I remembered my grapes. As soon as I got them from my basket at least 30 monkeys descended from the trees around me; I don’t know how I had missed them before! They took the Grapes from me one-by-one and shared them out amongst their family groups. They were very gentle and patient, taking them carefully from my hands as I offered them. They were beautiful, with bright orange babies! It was incredible to see them so close up. 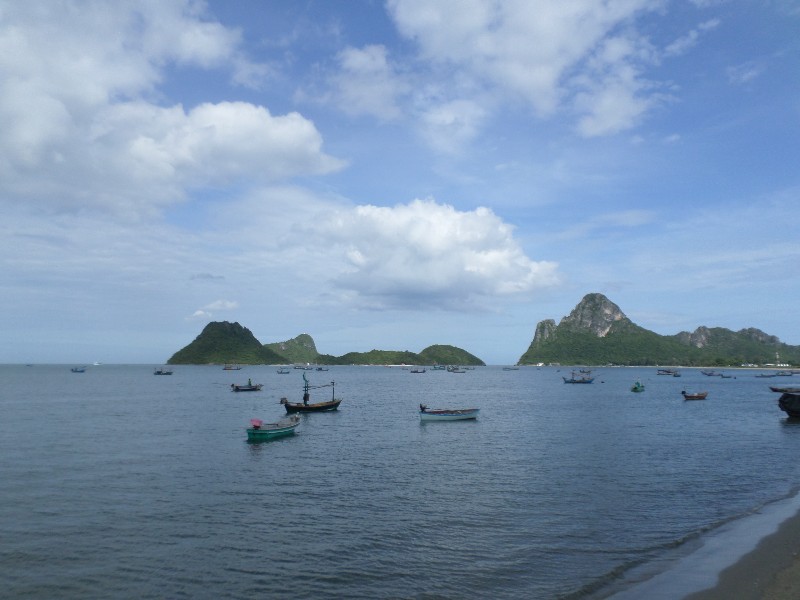 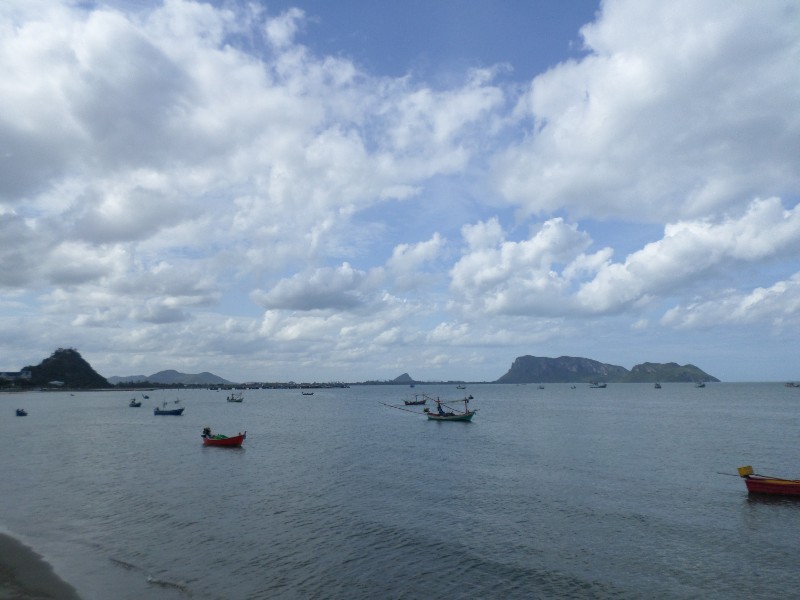 Road to the monkeys 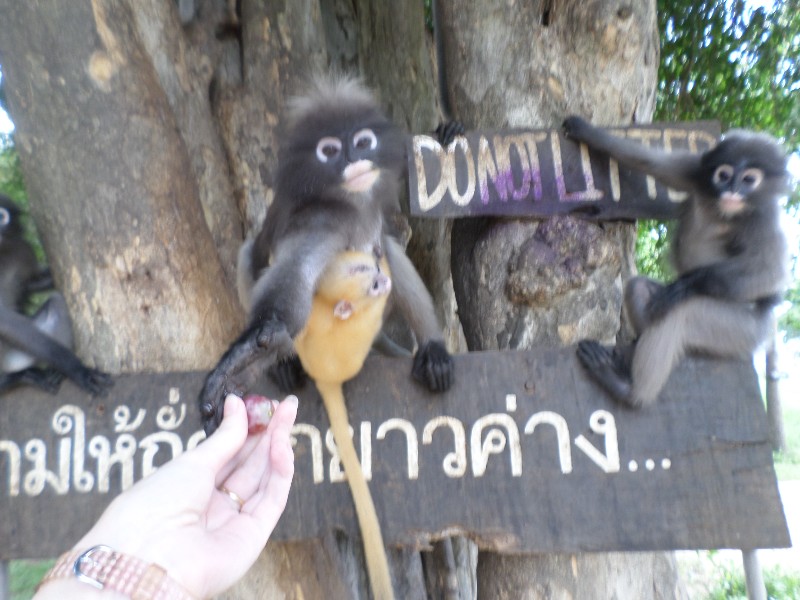 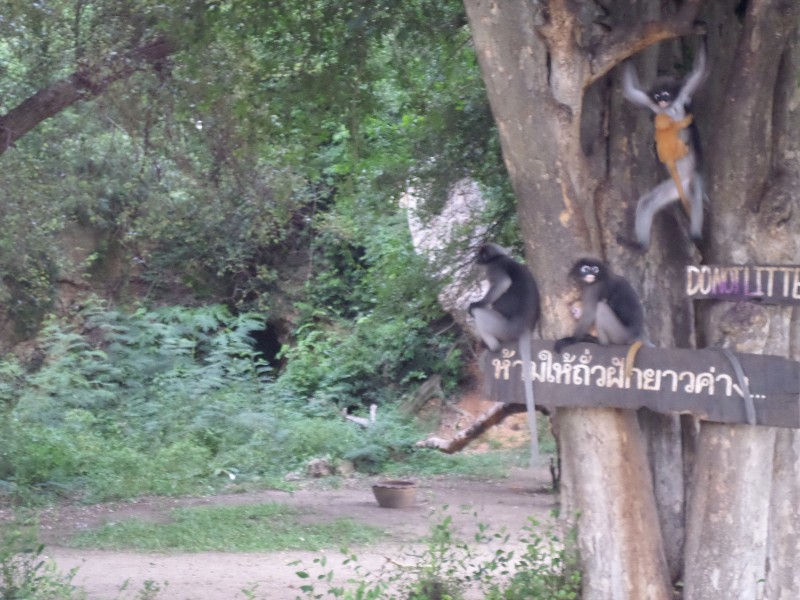 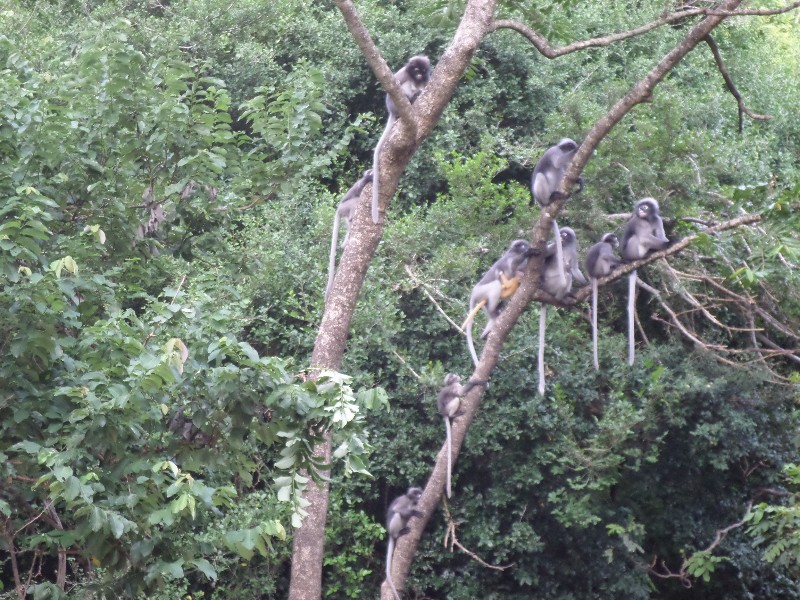 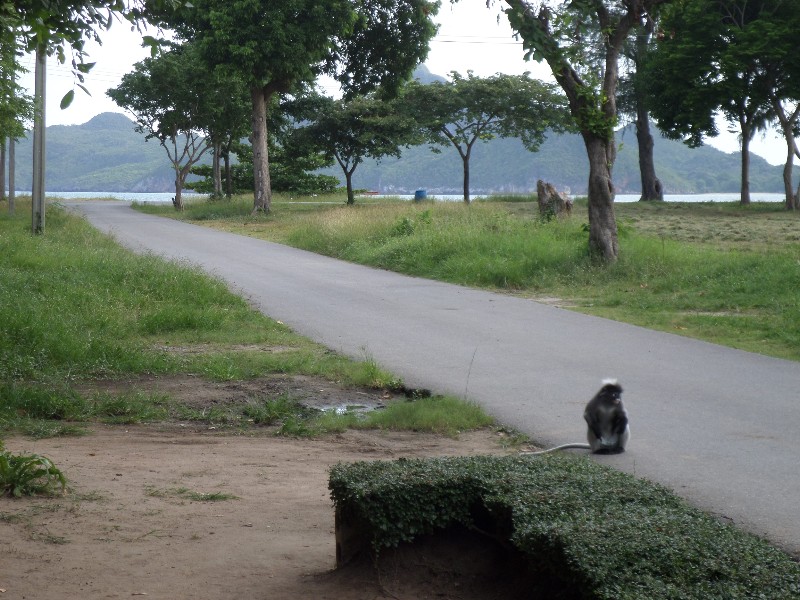 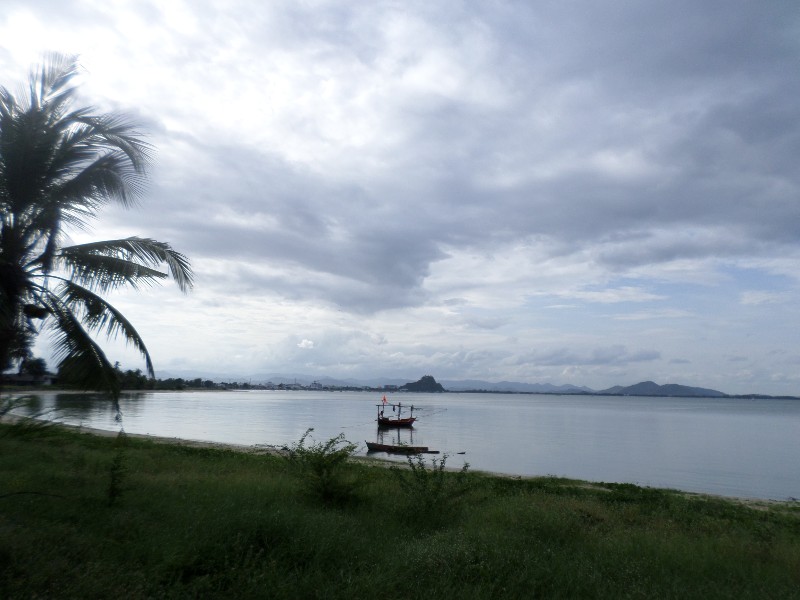 The view of Prachuap from the peninsula.

From here I rode among the beach and had some food at a little stall, watching the local weekend holidaymakers playing on the beach, swimming in full clothes! The beach was very popular with local Thais. I ordered fried chicken with rice noodles, and that’s exactly what I got… a whole fried chicken and a plate of dry rice noodles!

I returned to the town and met some other foreigners at the weekend night market who were also staying at my hostel. They were a group on a TEFL course on a weekend ‘Thai culture’ experience. They were all very nice and so I ate my street food with them sat on the pier wall and we all had a few drinks afterwards.

The following day the group had planned to go on a boat and snorkelling trip out to some of the small islands just off the coast and they invited me with them. The day was lovely overall, although the snorkelling was poor; the beach was lovely and the company was great. Due to my last small boat experience in koh rong, I made sure I bought some motion sickness pills before hand, which was very lucky for everyone as my 12 tablets were quickly reduced to 3 in a matter of seconds!! 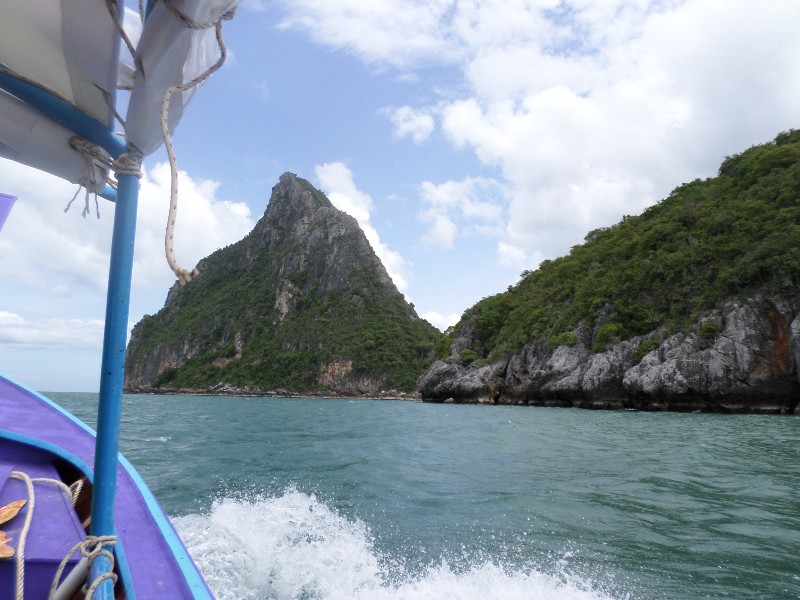 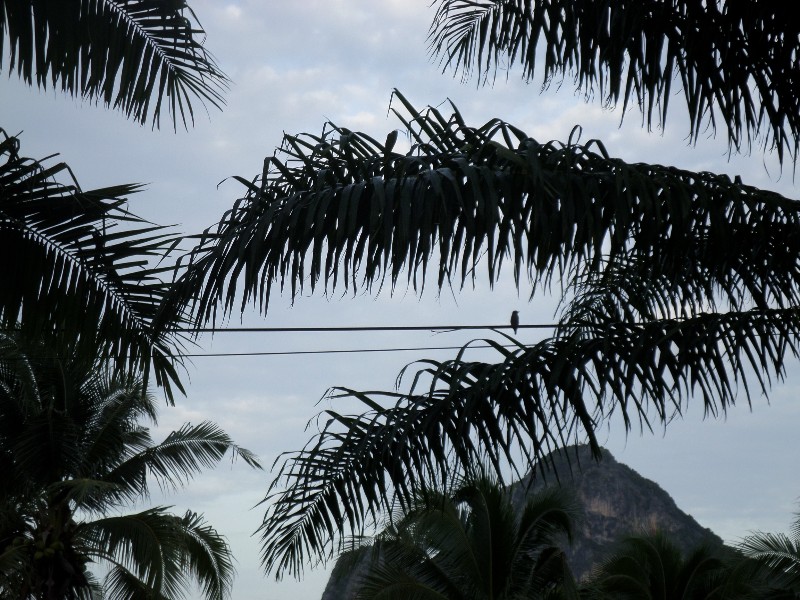 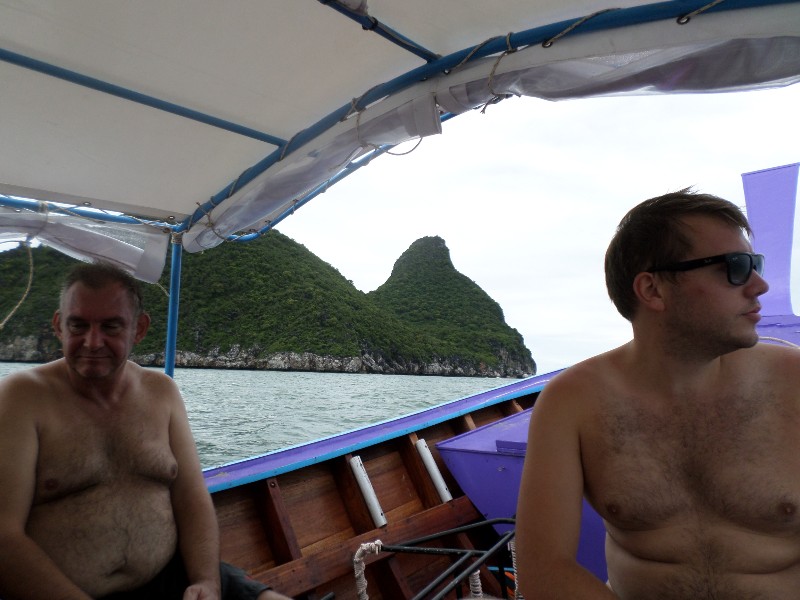 The following day on the way out for lunch, I bumped into Rick, a Thai guy I had met through the TEFL group guys and the hostel. He took me on his bike to get some noodles, which were delicious and then to his house sheet I met his family and ate fresh crabs caught by his dad! 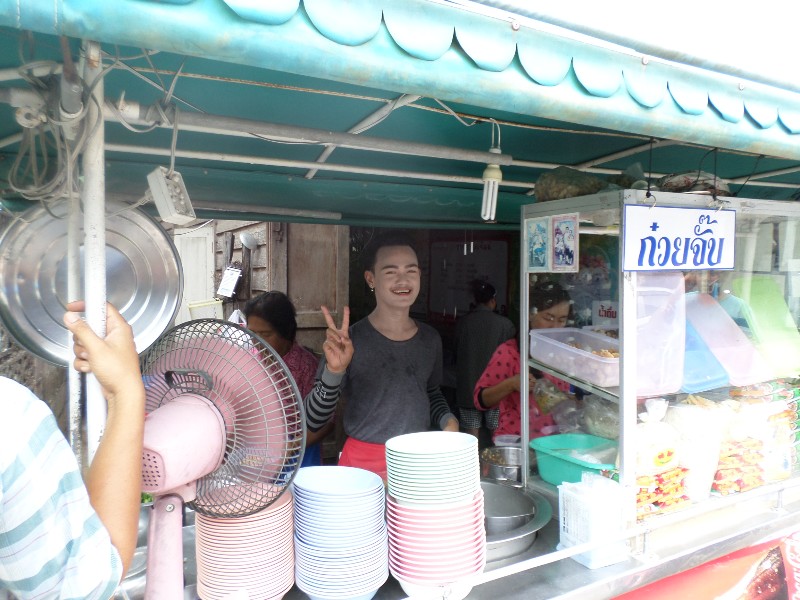 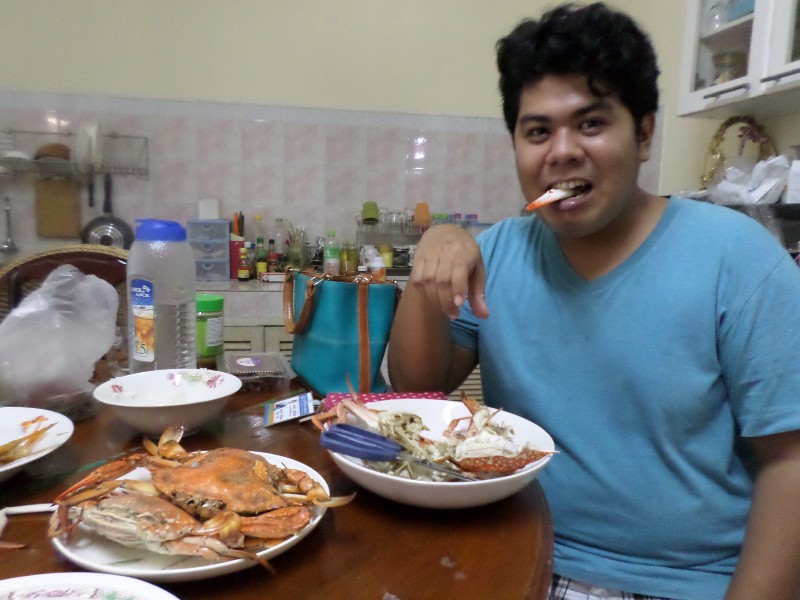 I left prachuap that afternoon, and Rick gave me a lift to the train station.

Prachuap was a beautiful little town, the food at the night market was incredible and so fresh and varied. It was amazing to be able to interact with the leaf monkeys. The beach was beautiful white sand and clear water. Prachuap quickly became one of my top destinations in my whole trip and I now recommend it to anyone travelling Thailand. What an amazing place this would be to live…