From the over night bus, we arrived in Bagan very early and straight off the bus we were surrounded by taxi drivers wishing to take us to the town. After some tough negotiation, which started a fight between some of the drivers… We finally got to town. We checked into winner guest house was slept until early afternoon recovering from the bus journey!

In the afternoon we hired electric bicycles. This was to be the start of a beautiful relationship with motored bikes… it was so much fun razzing around on a bike, so much freedom, and it wasn’t tiring at all. With the rest of my gang we teared up the town! 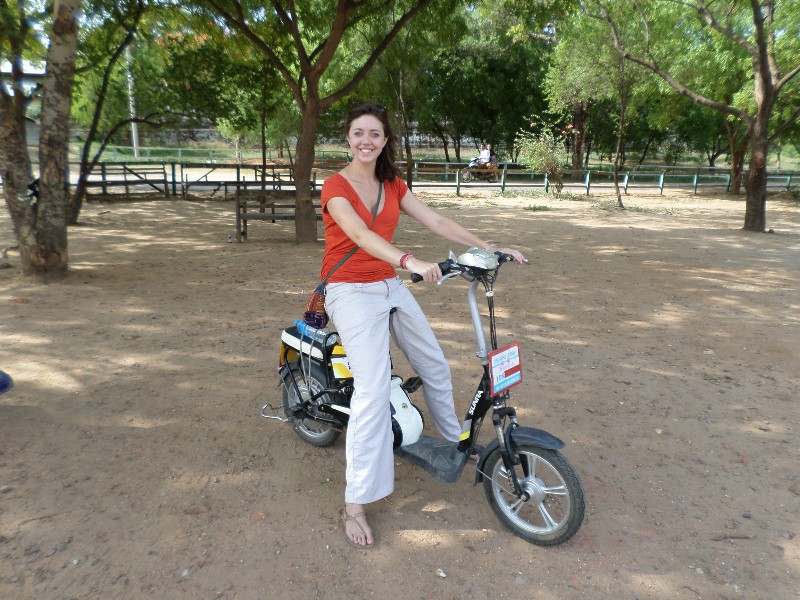 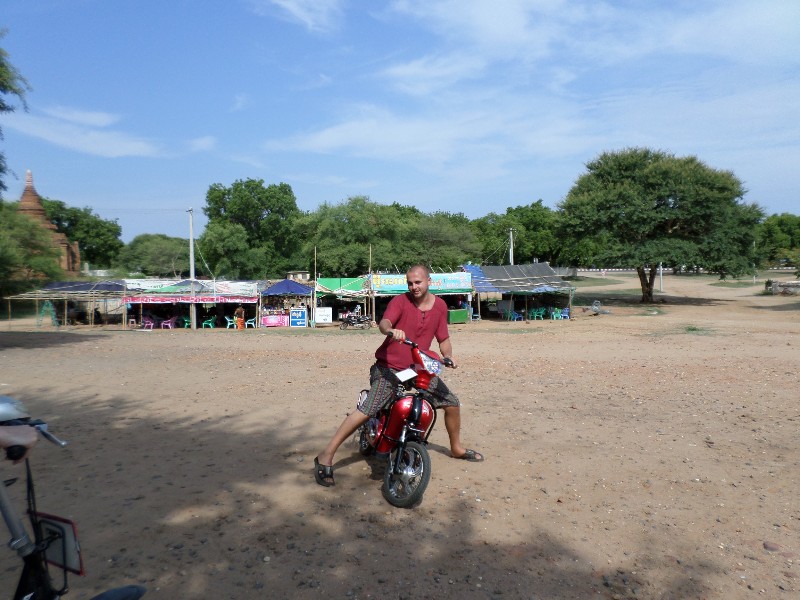 Steffi messing around skidding in the sandy roads!

We took our bikes that day towards town, to Shewezigon Paya, a huge stupa covered in gold. The entrance to the temple can be made at four points aligned to the compass, we went in the south entrance, which was lined with hawkers and street sellers which were very pushy. The temple was impressive though and afterwards we drove through the town along back alleys and, I think sometimes, through back gardens! We ended up at the river before finding ourselves at the north entrance of the big temple… how we got here I have no idea, we were definitely lost the whole time, but it was great fun! 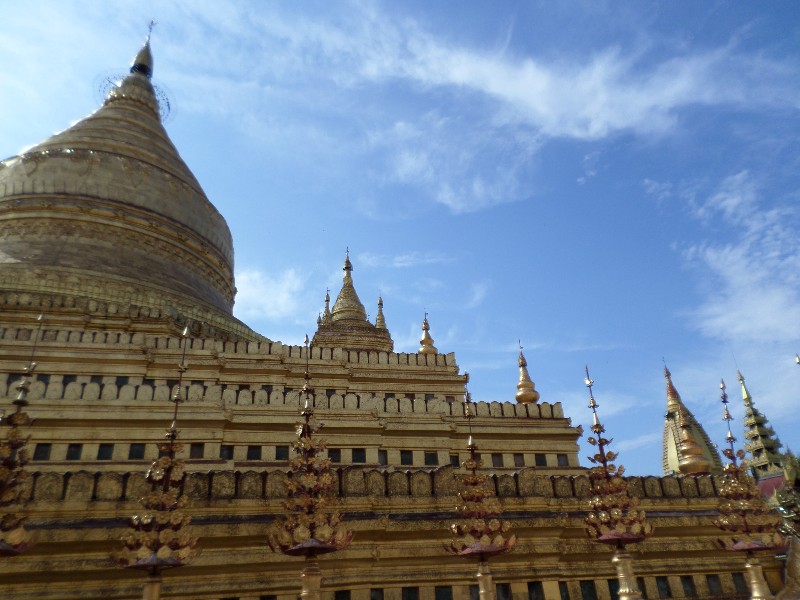 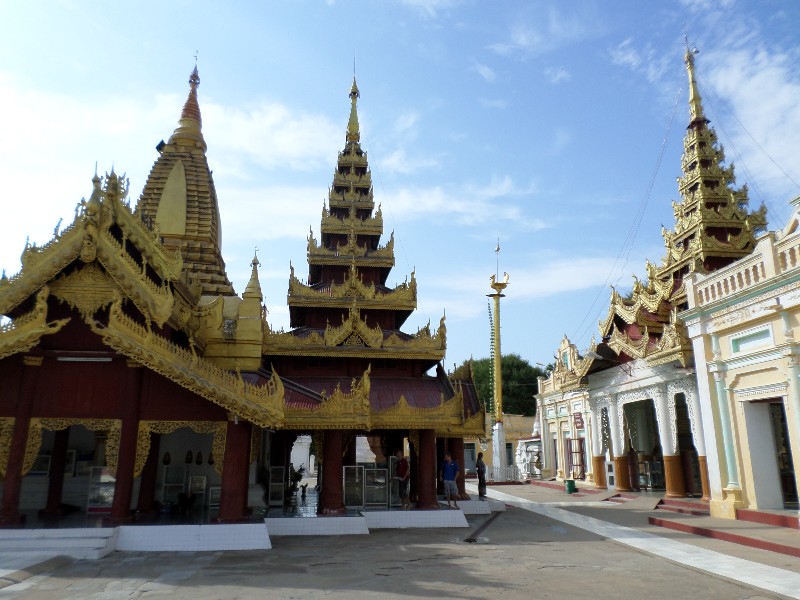 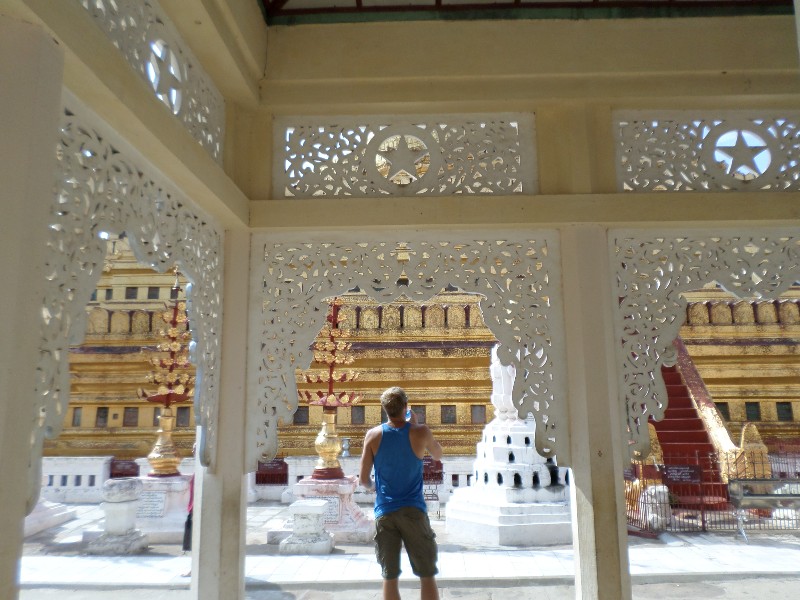 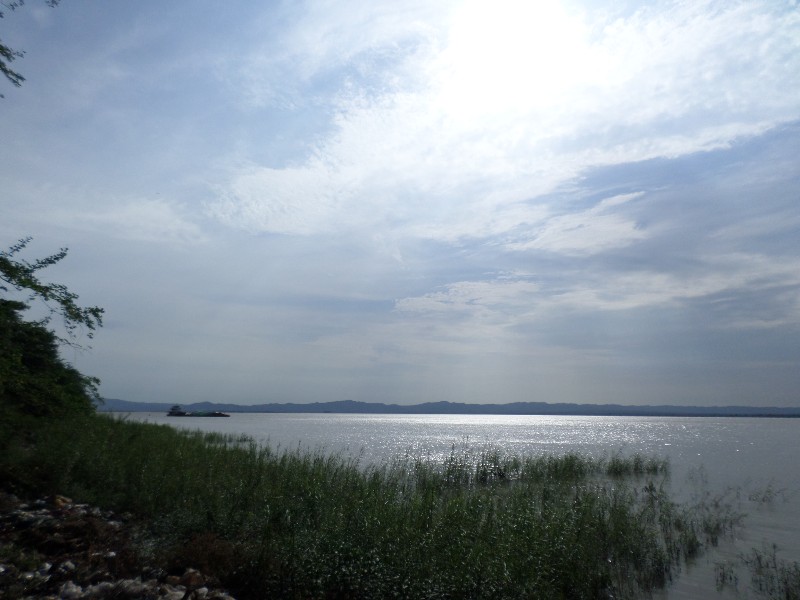 We headed out to the famous plains of bagan from here, where literally thousands of ancient temples were built between 9th-17th century. We went with the aim of catching a good sunset, but we didn’t find a good spot in time. 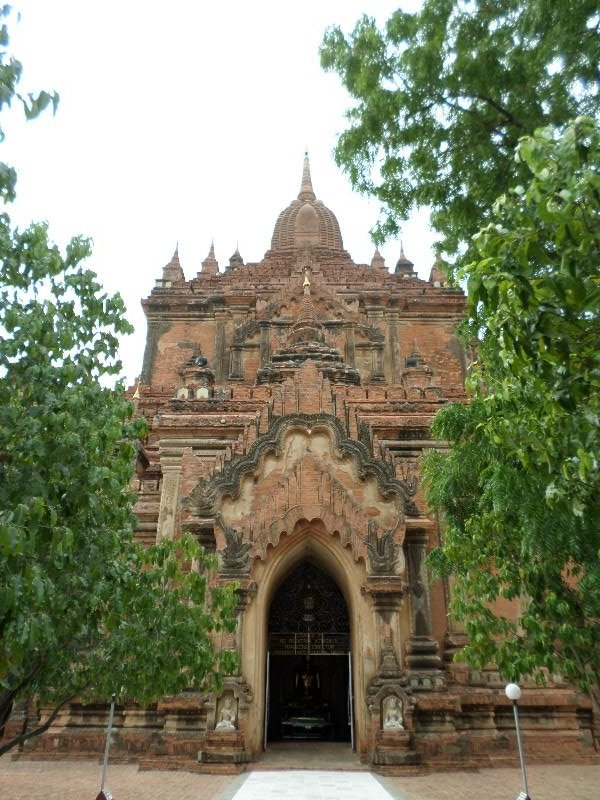 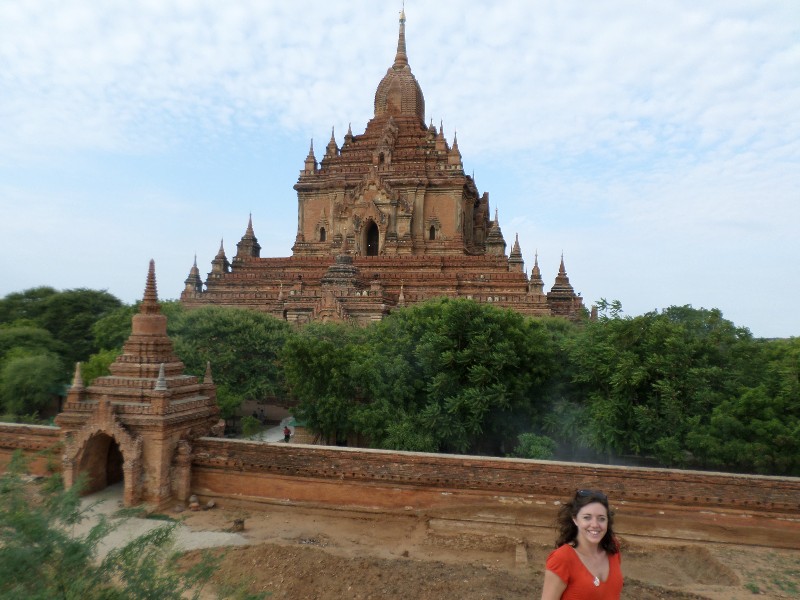 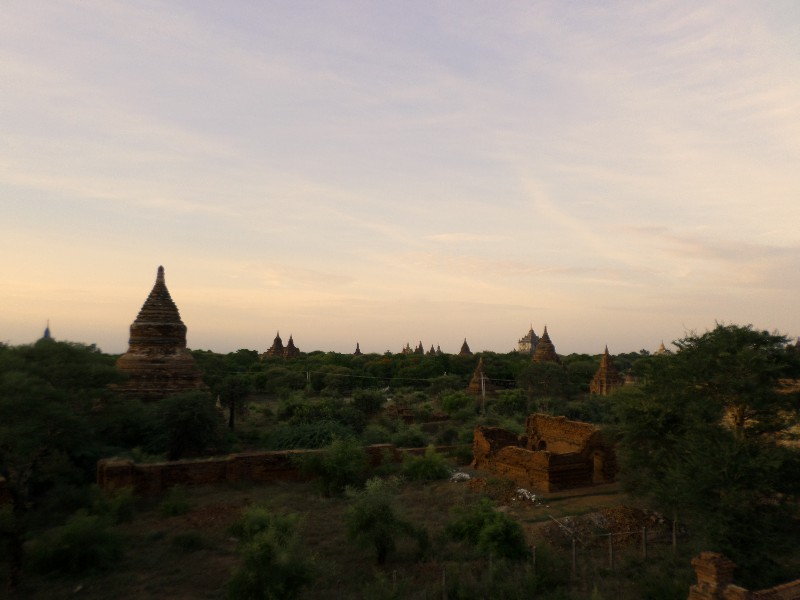 From here we went to a place in town cleverly named ‘Weatherspoons’! The owner was a Myanmar man who had lived in Bristol for some years, and so Steve and Paul were instantly his best pals!

The next day we got up early and hired the electric bikes again to explore more of the plains. We were able to climb up some of the temples and so we scouted out a couple of good temples for good sunsets, before spending the rest of the day getting lost and driving along sandy dirt tracks. 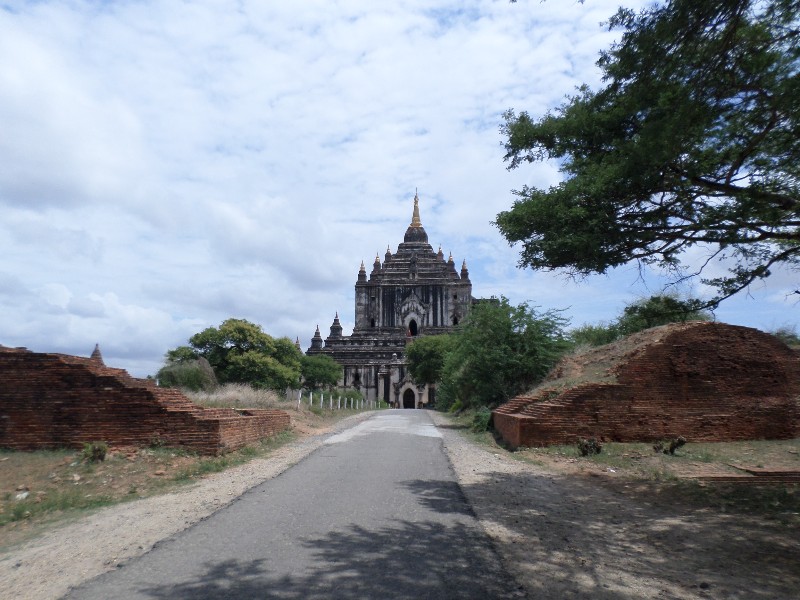 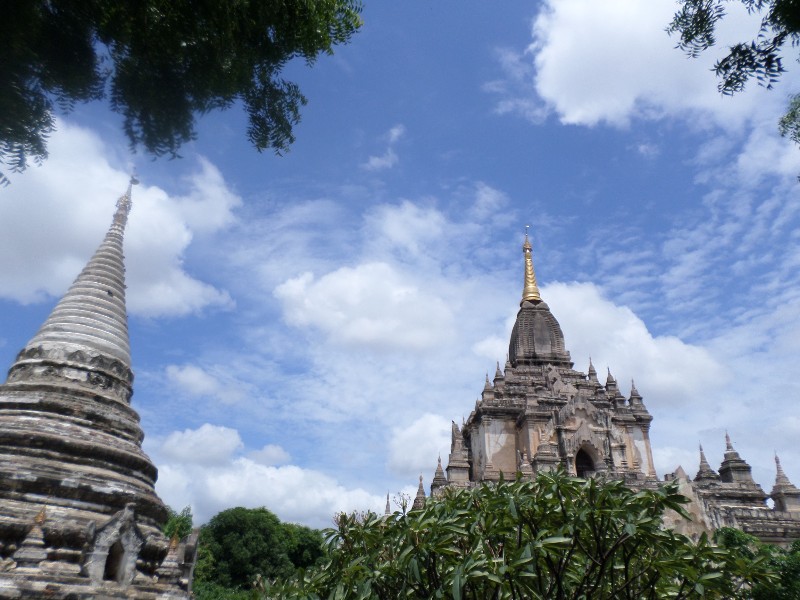 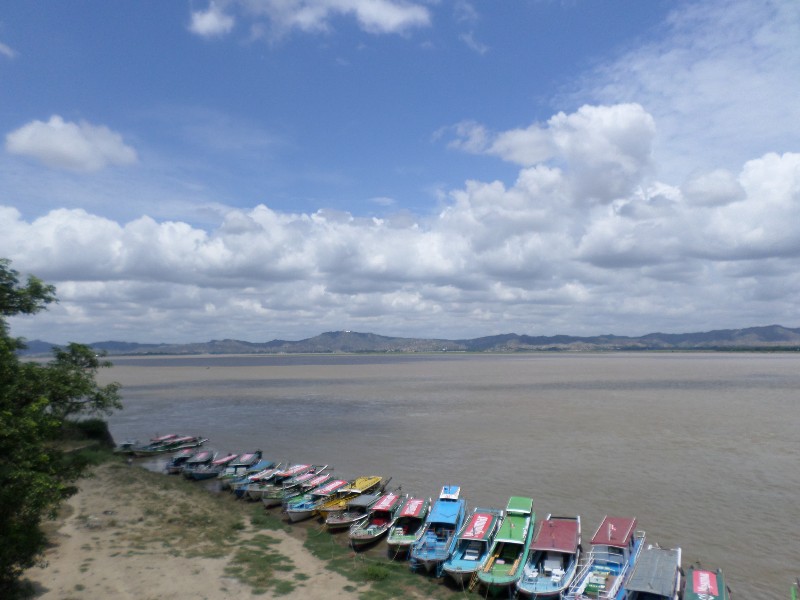 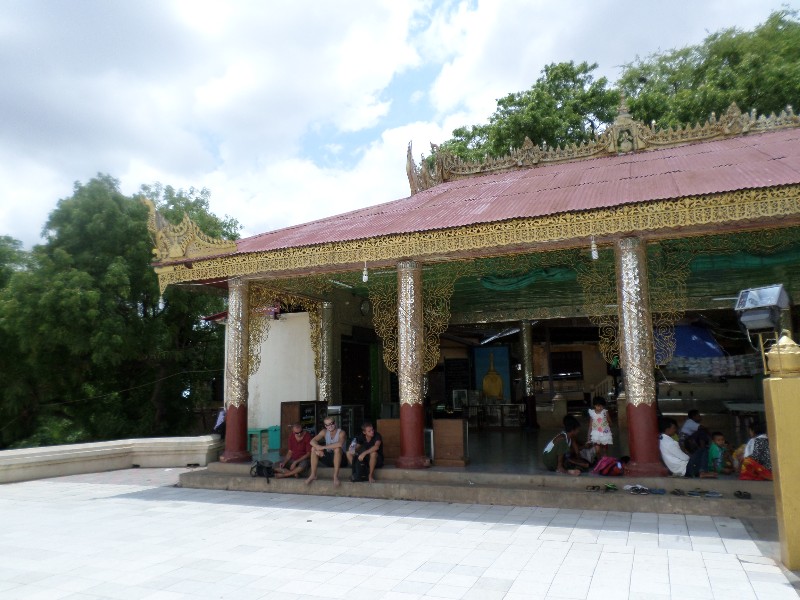 Quick pit stop in the shade! 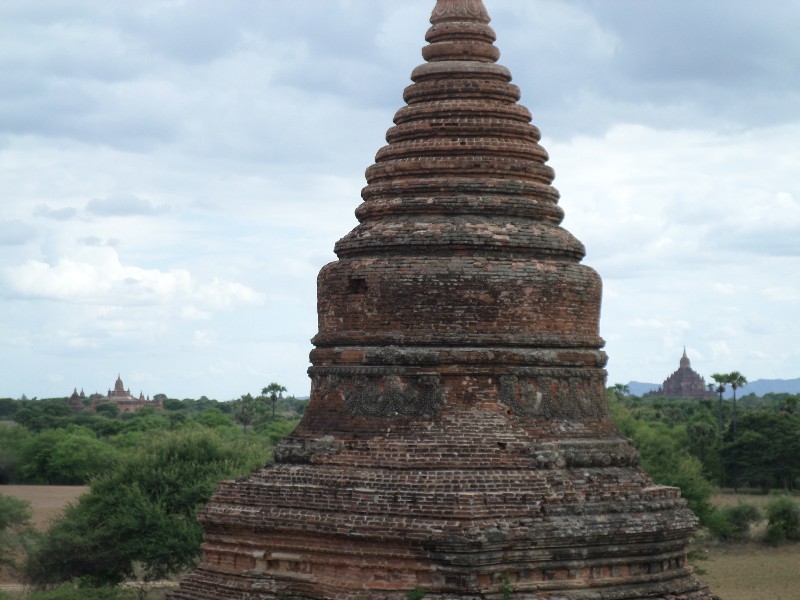 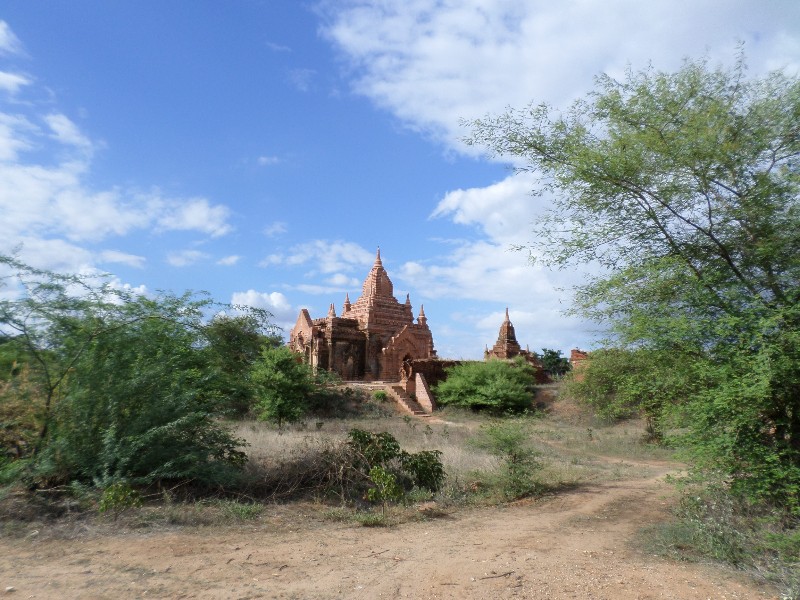 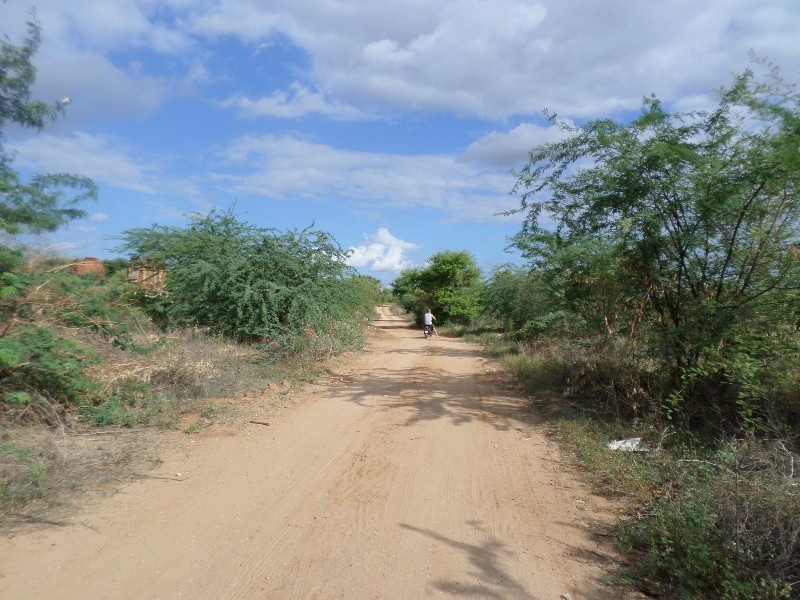 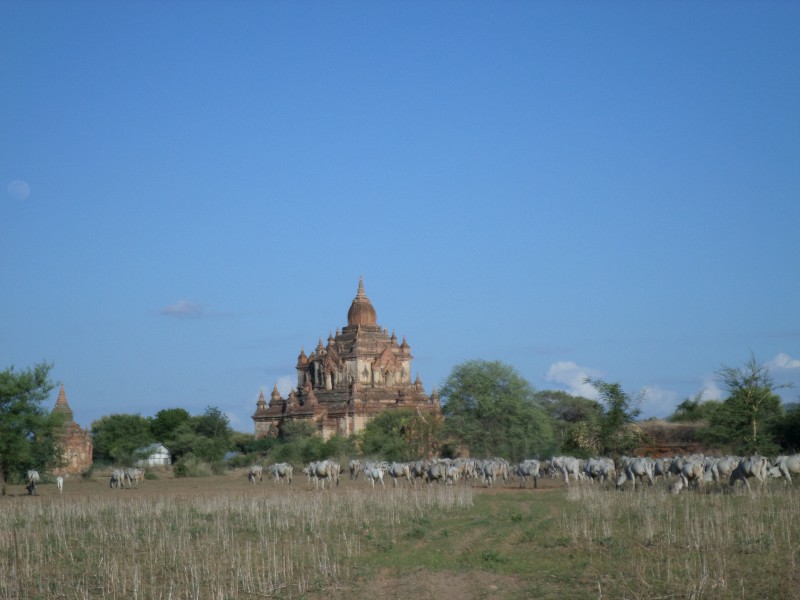 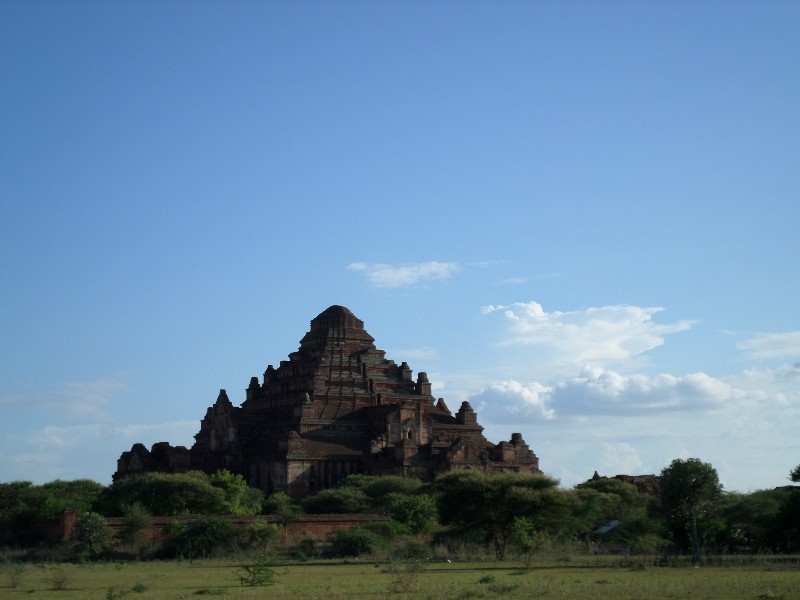 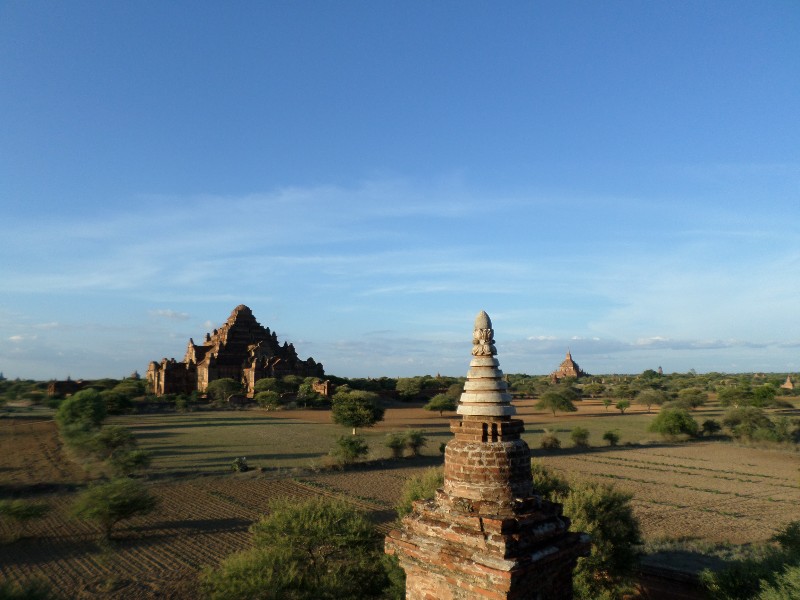 At one temple Steve and I got accosted by a group of locals fascinated by our height and skin colour! We spent about 10 minutes posing for pictures with them, I took a couple as well… why not! 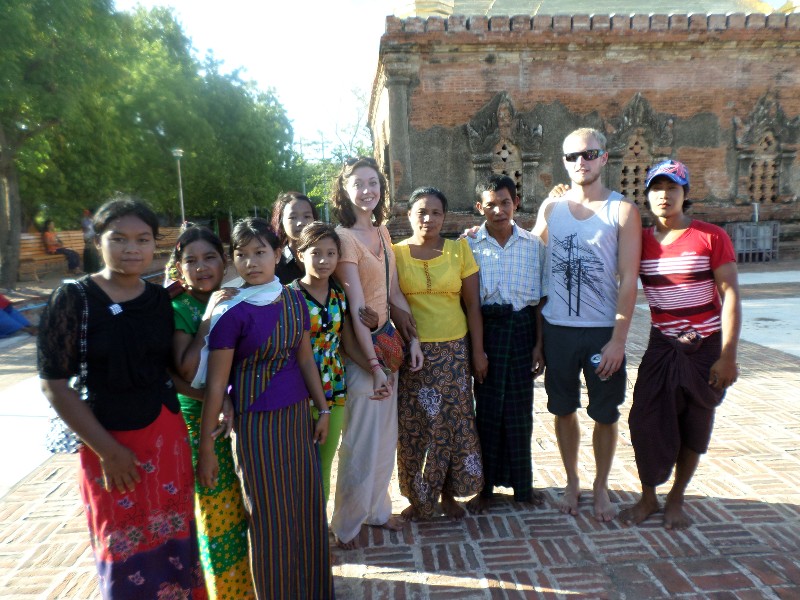 We finally found a great sunset spot on top of a temple, but our peace was disturbed by children trying to sell pictures and tacky souvenirs! 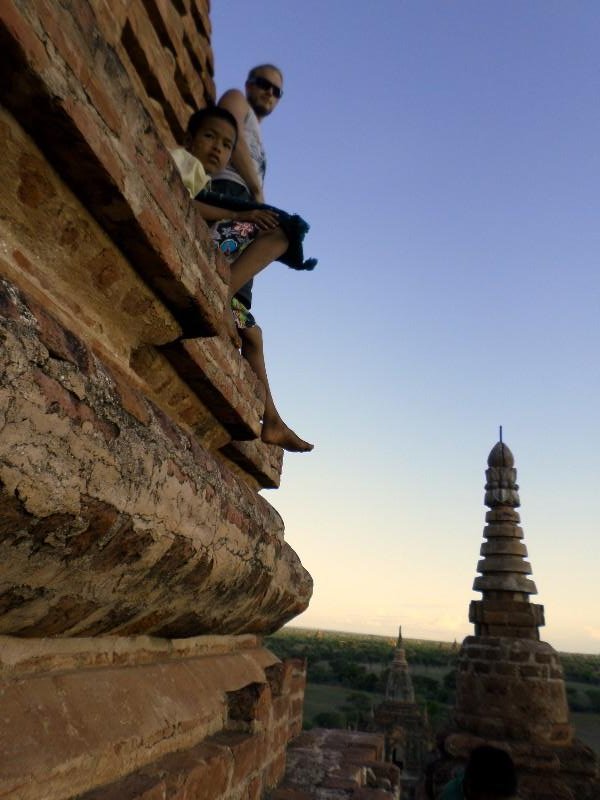 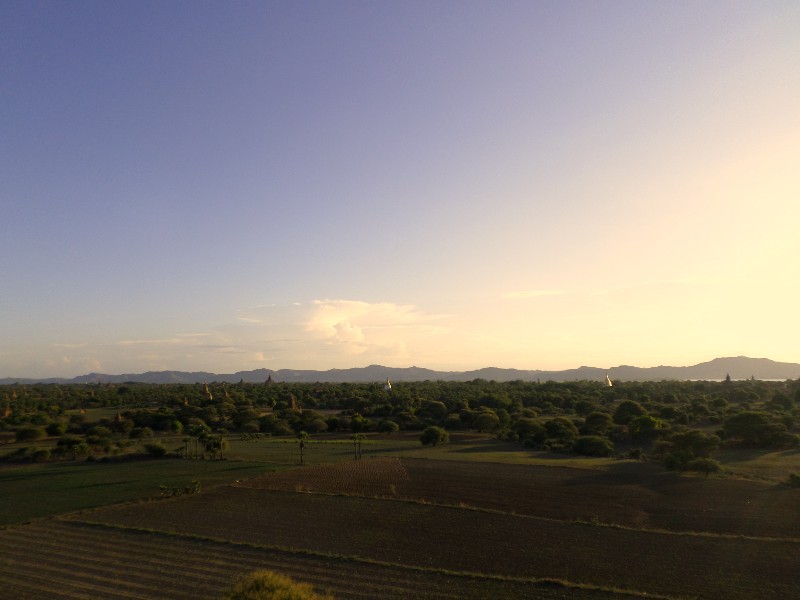 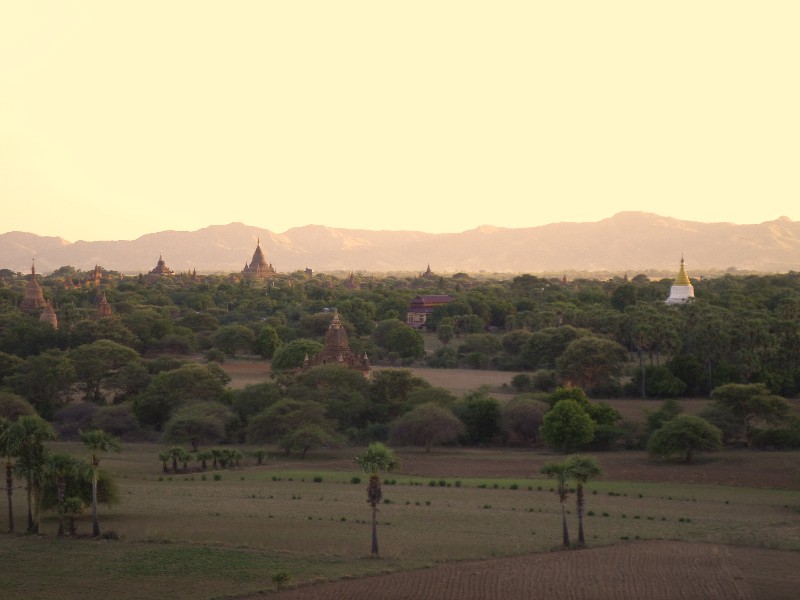 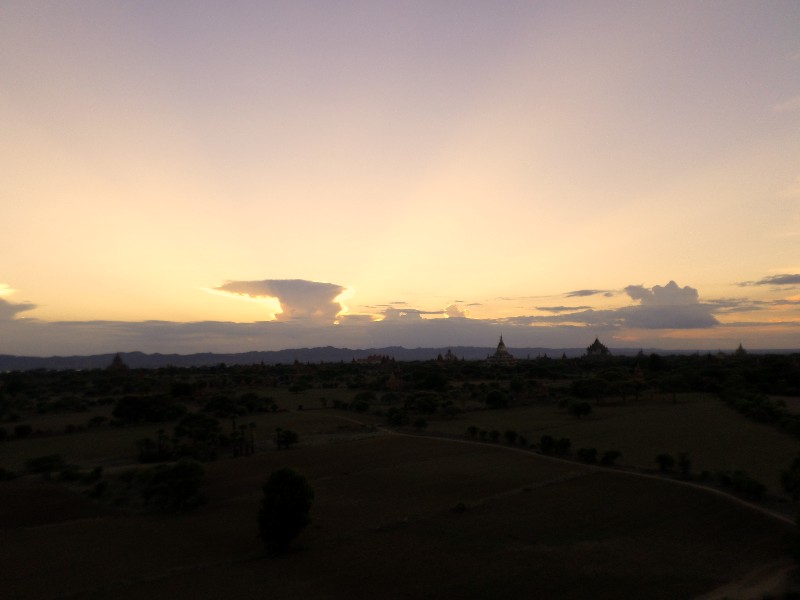 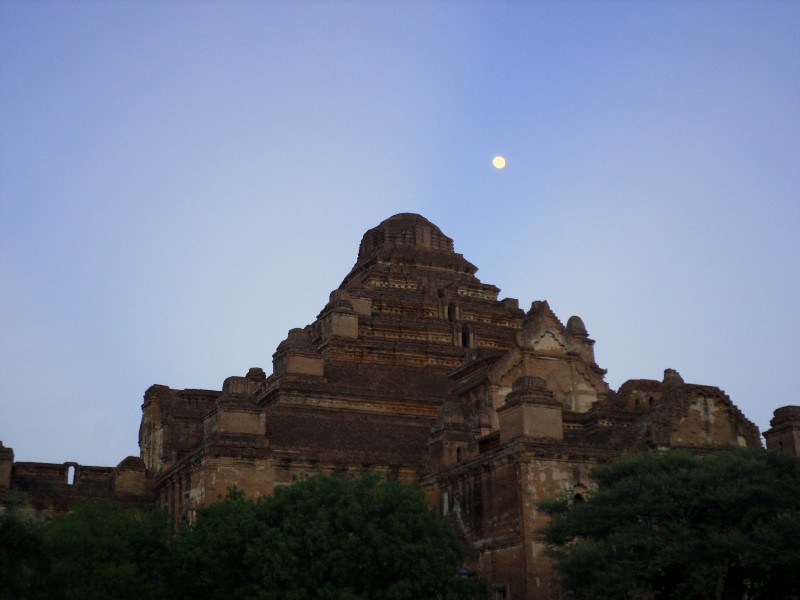 After an afternoon nap, we went to a local curry house and had the best beef curry, Steve and another guy we picked up along the way ordered 2!! We sat people watching after this and noticed that it seemed to be the women that do most of the heavy lifting and construction work here… 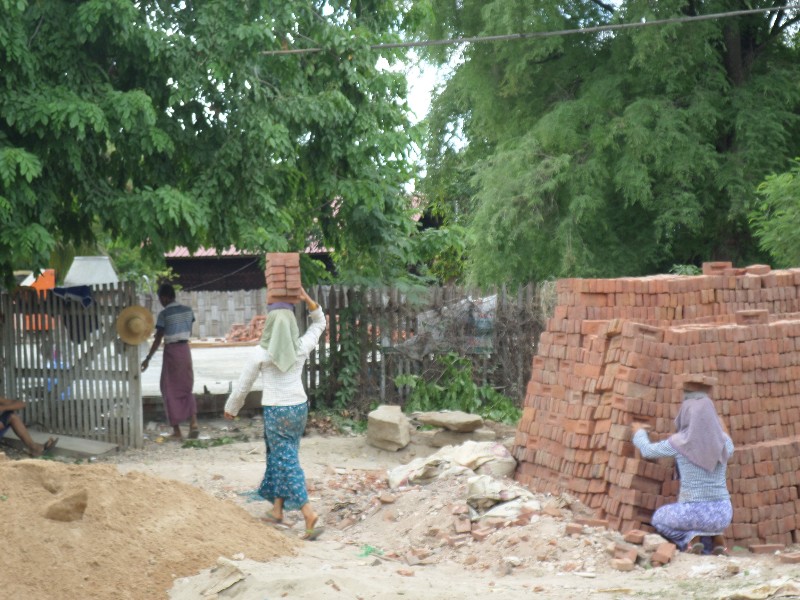 These women were carrying up to 15 bricks on their heads whilst about 6 men stood around a concrete maker, watching it rotate… bizarre!

After a full day of climbing temples, the next day we chilled at a local swimming pool which we got to by riding 2 people on each electric bike! This only just worked, but it did the job! When we returned to our guesthouse we caught another overnight bus to Yangon.

I loved Bagan, the temples were beautiful and exploring them on the electric bikes was so much fun! However, the tourism here was l starting to become more prevalent… I’m glad I came to Myanmar when I did as I think in 5 or so years the places will be too touristy with too many people trying to rip you off or exploit you… like what I thought of Cambodia’s main towns and tourist spots…