Crossing the border into Cambodia was both relaxed and stressful at the same time. A Cambodian visa technically costs $20 at the border, but it is almost impossible to pay less than $26 due to corruption. However, the forms were easy to finish and all-in-all our border crossing took about 5-10 minutes! Incredibly fast compared to every other crossing! Just across the border was a small casino village for Vietnamese, since it is illegal to gamble in Vietnam.

It seems odd, but the landscape did seem to change when we crossed the border, as did the atmosphere. All through Cambodia people were full of smiles and very friendly, however, you couldn’t help but feel that with some people, this was forced and the real incentive was for you to give them money… and why not?! The poverty was more obvious here than other places I had visited.

It took us a while to find our hostel; Acadia backpackers, which had been recommended to us by almost everyone. As soon as we arrived we saw why. For $3 a night I had a comfortable dorm bed in a beautiful hostel right on Kampot river with stunning scenery. There was a boat swing, a high rope swing into the river and a ‘blob’; an inflatable raft where someone sits on one end and others jump on the opposite end to catapult the other into the air and water! It was a lot of fun, even just watching! 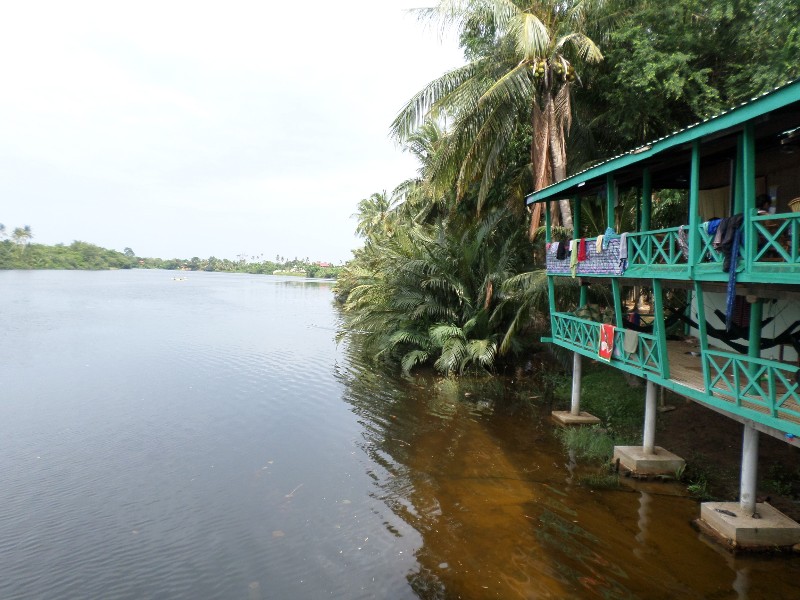 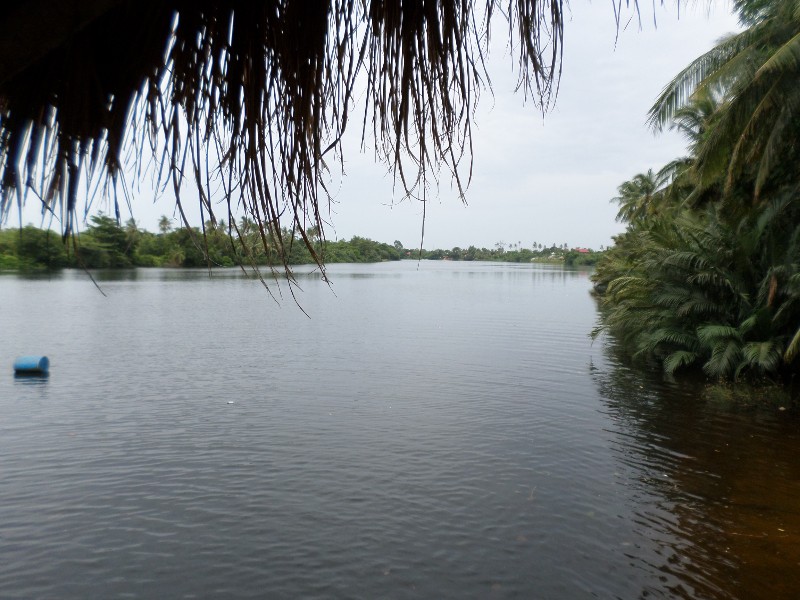 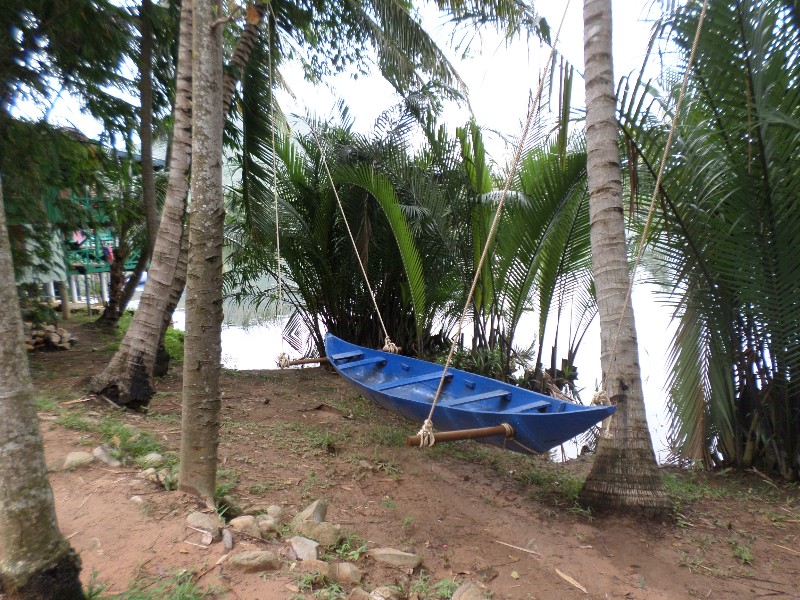 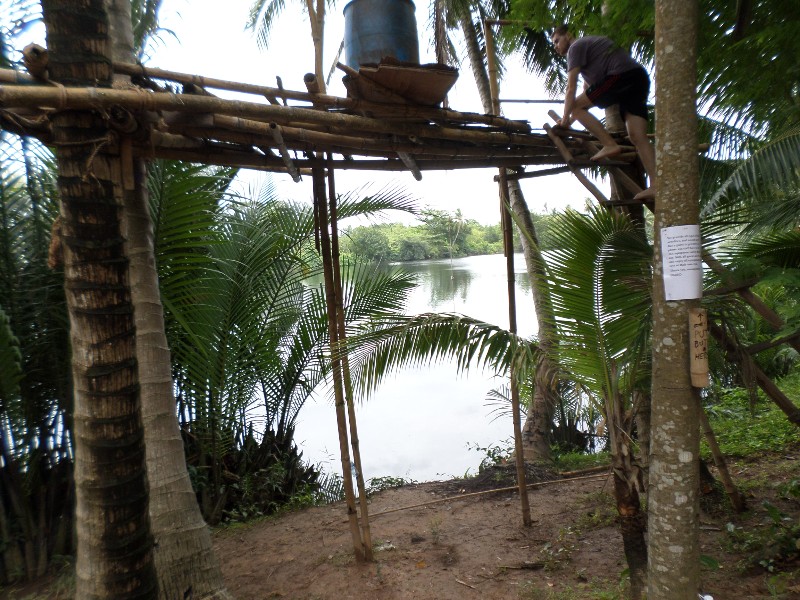 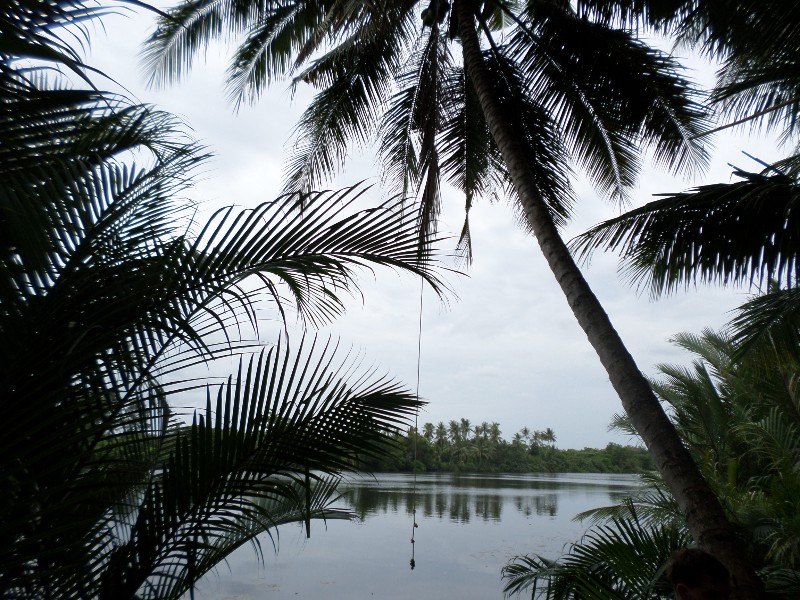 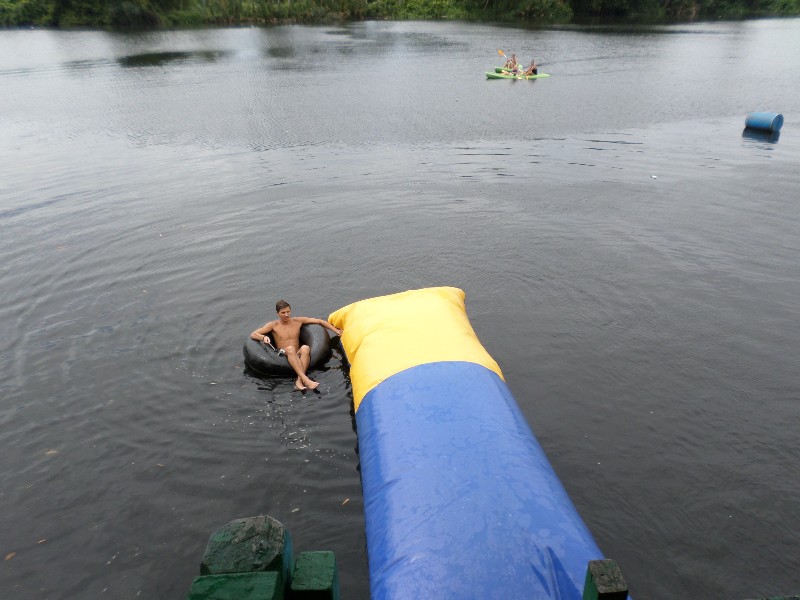 The first day I went with others from the hostel to Kampot town and ate the biggest ribs I have ever seen! The amount of meat on them was ridiculous! That evening I chilled in the bar with my new friends. 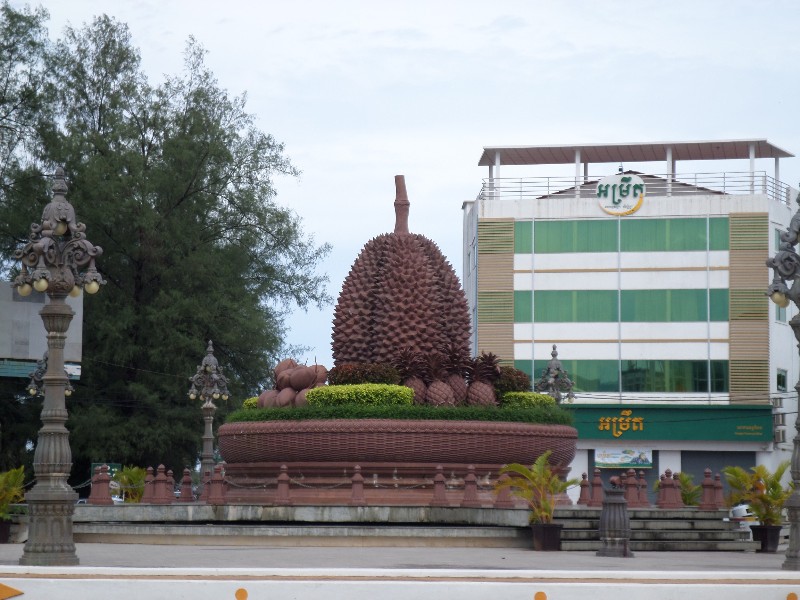 Durian statue in the centre of town!

In the day, George and I hung out with other people from the hostel, playing on the rope swing and blob. My upper strength of a gnat meant that I could only just hang on long enough to make the water, but other guys were able to swing to the apex and do a flip which was cool to watch! In the afternoon a group of us went tubing along the river. The river was dammed and every afternoon, around 5pm, they opened the dam making rapids in the river and really fun tubing. However, that evening they didn’t open it

In the evening we went to the town again to try some famous homemade fresh noodles, which the guy made right in front of us. They were delicious. 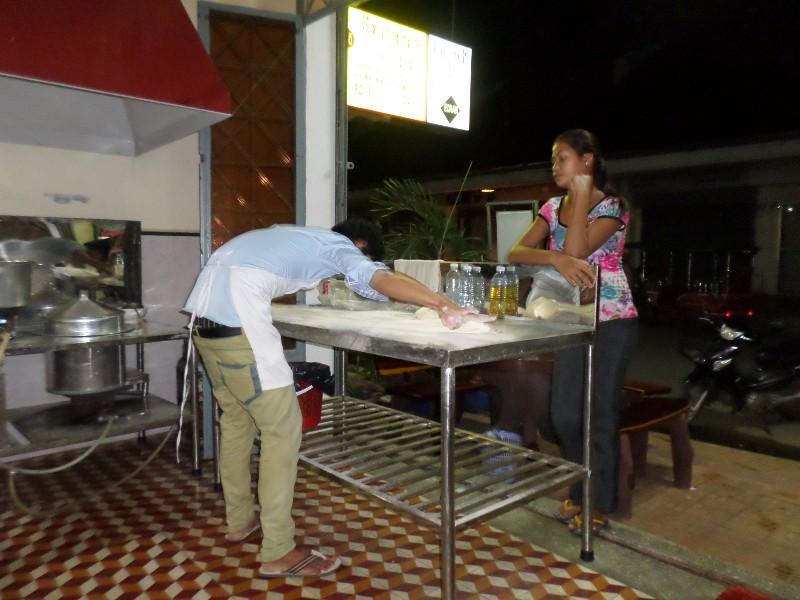 Back at the hostel there was a big party and all the bar guys drank too, which inevitably led to multiple free drinks and shots at the bar! Quite a drunken night!

Kampot was a nice town, but a lot of the restaurants and businesses were owned by expats rather than local people, which seemed odd, we actually didn’t see many Cambodians at all here… The river was pretty and the local area was very scenic, however, we had arranged to meet Steve, Paul and Steffi in Koh Rong, an Island just off the coast from here, so we left Kampot after only 2 nights.