As the last major city in the south of Vietnam, from HCMC the next step for most people is Cambodia. However, I had heard great things about the very southern part of Vietnam in the Mekong Delta. I managed to convince myself, and George, that the best way into Cambodia was through the delta… and it was certainly an adventure on public transport and motorbikes, but it most certainly wasn’t easy!

We headed out from the hostel towards the local bus station, a mission in itself as we had to wait for a local bus to take us there. From there we booked on a bus to Can Tho, a town right in the heart of the Delta. As soon as we arrived and got off the bus we were surrounded by taxi drivers wanting to know where we were going, it was crazy. I vaguely remembered reading something about a free transfer at the station, so we asked someone and there was free onward transfer, which the taxi drivers kept to themselves!

That evening we joined a food tour of the town which involved trying sugar cane juice, savoury muffins wrapped in leaves, homemade fresh spring rolls, field mouse and baked aubergine, and a dessert of sticky rice. We turned down the option of snake after the tour guide told us it is rubbery, tasteless and quite expensive, not a great salesman! 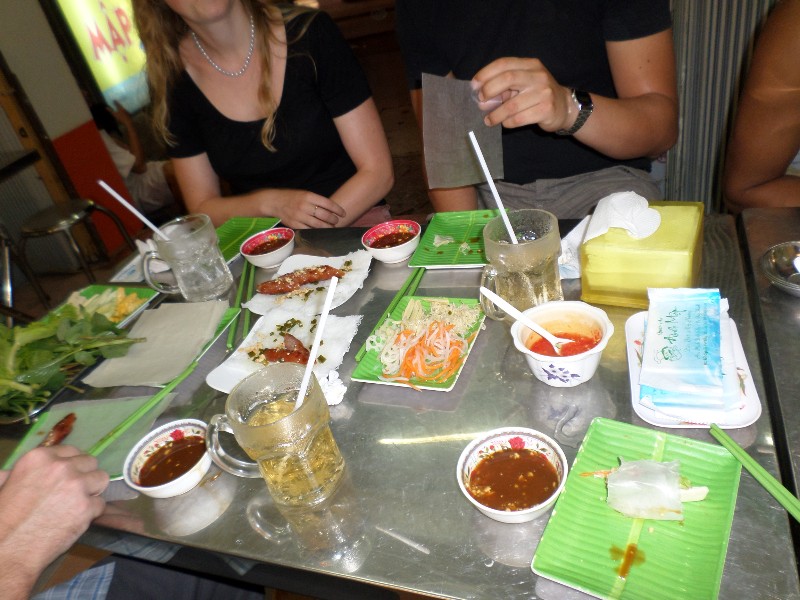 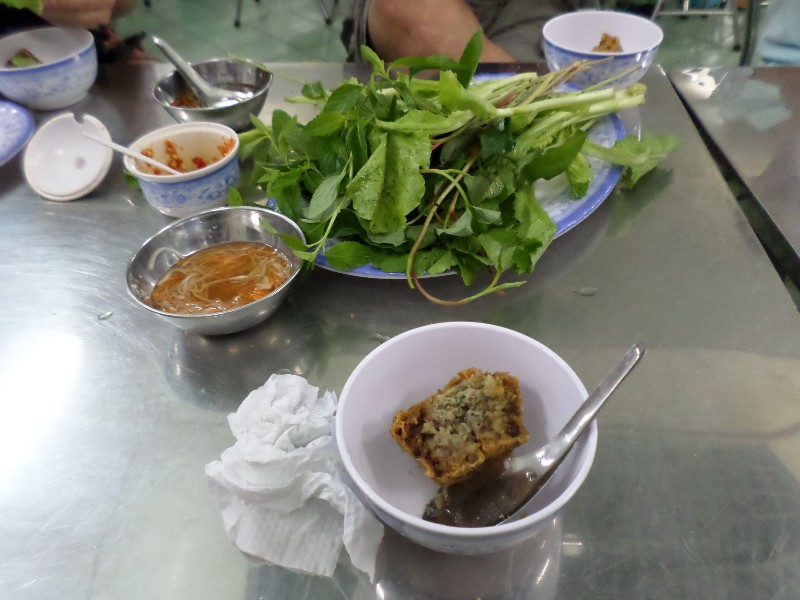 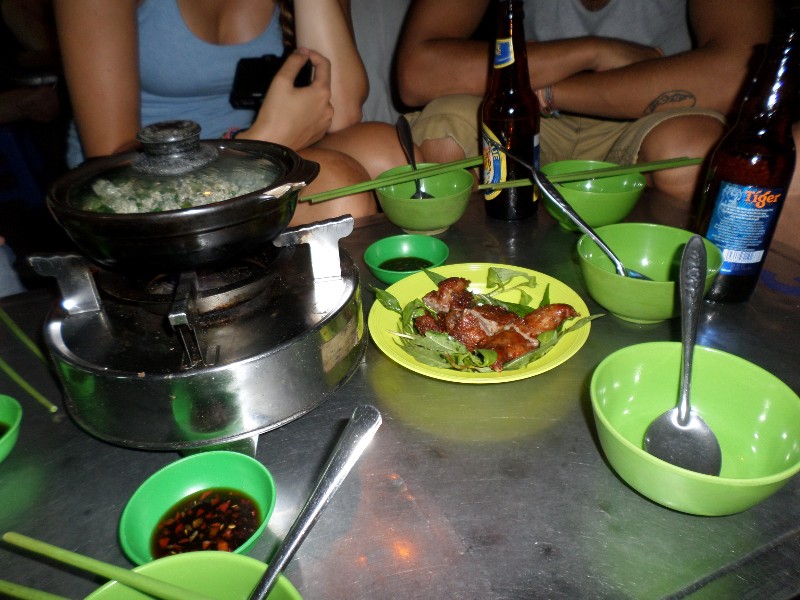 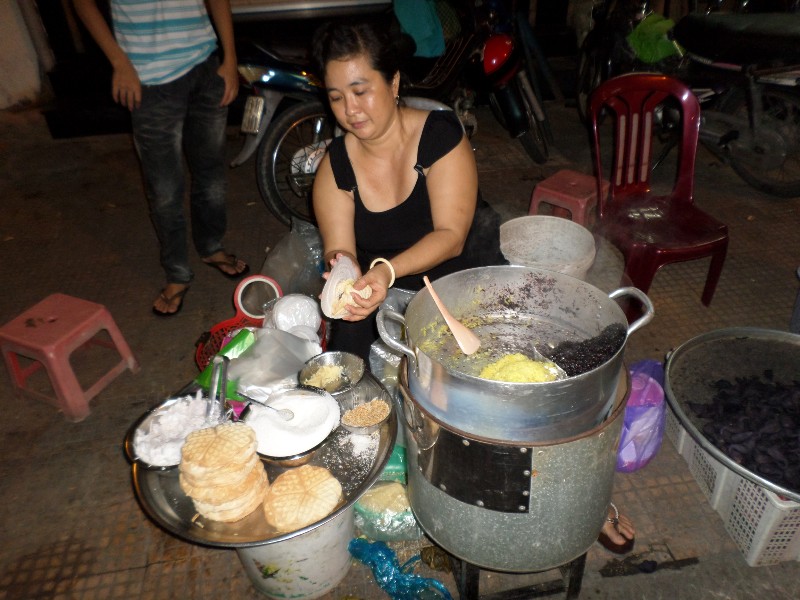 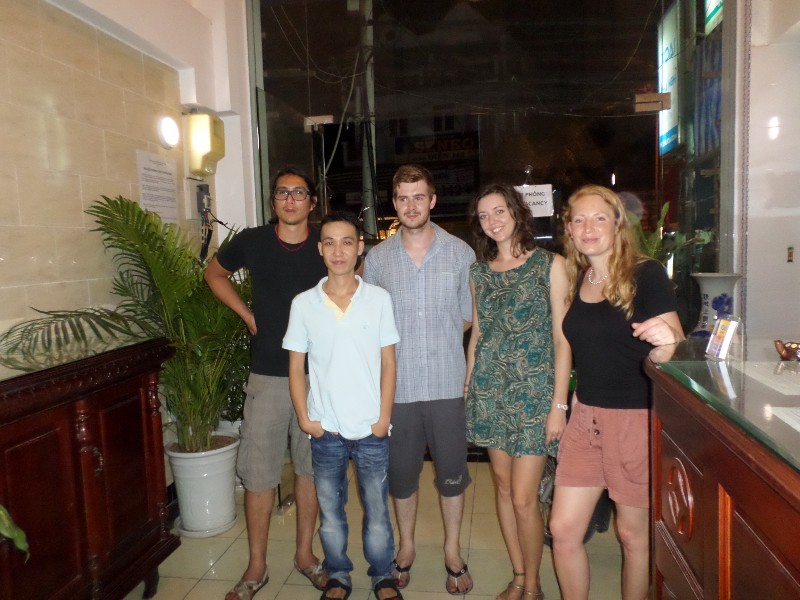 The next day we were going to get up early and go to the floating market… but me and early still don’t mix unfortunately!! So instead we walked around the town, which was pretty. 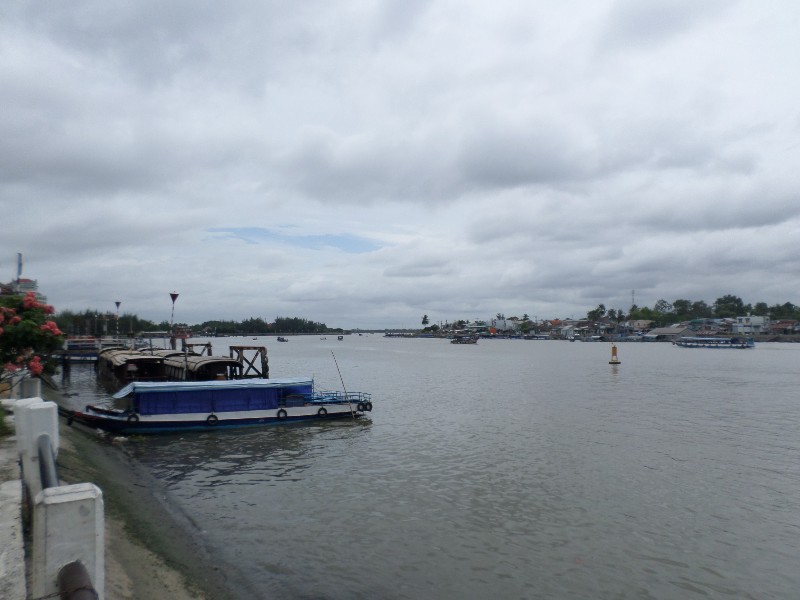 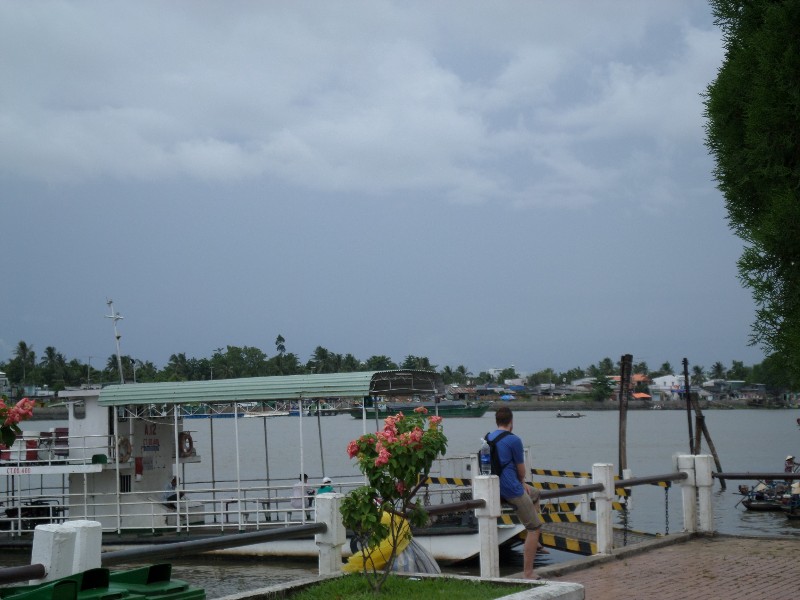 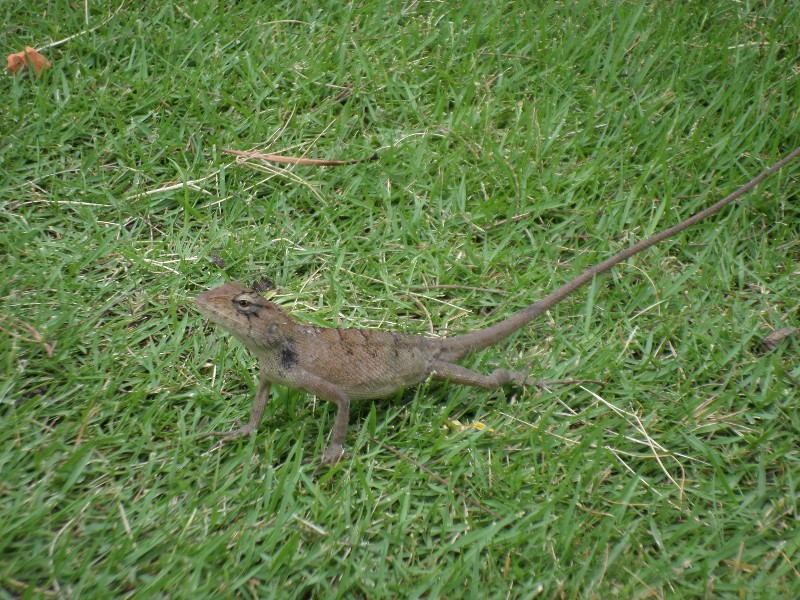 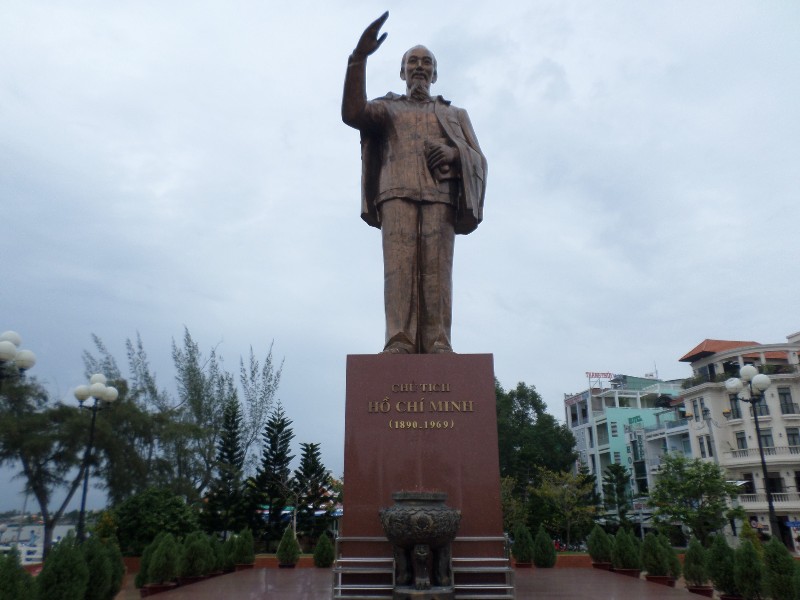 In the afternoon we got another public bus to the border town of Ha Tien. The bus was more like a mini bus, and the ride through the local villages was spectacular but incredibly bumpy!

The rain started along the way, and it never stopped raining from that moment until we entered Cambodia!

Ha Tien was a very uninteresting town, very small, and especially in the rain, there wasn’t much to do. We booked onward bus transport that evening into Cambodia, but the following day we were told that the bus had broken down and that it was not known when it would be fixed! Luckily we found a small bar to keep us entertained for that evening and left the day after on motorbike taxis instead!! The journey on the motorbike took about 2 hours from Ha Tien to the nearest big town in Cambodia; Kampot.

The Mekong Delta was a stunning part of Vietnam, with most houses being wooden and on stilts, with narrow water ways cutting through rice paddies and lots of pretty bridges and boats. However, the weather at this time of year really limited what we could do and in Ha Tien particularly, we were confined to the hostel or restaurants all day because of the torrential rain.