From Sukhothai I caught a direct bus to chiang mai. Although this wasn’t quite as VIP at my one from bangkok, it was still a double decker coach with comfortable seats. On the way there I began to experience what songkran is; the world’s biggest water fight to celebrate the Thai (and Lao) New year. The coach was continually soaked with water from locals lining the streets in every town we drove through… especially by the children who you could tell were so excited for the festival to start – it’s their Christmas basically!

It was the same once I arrived in Chiang mai too! And I got water-gunned through the window of my taxi on the way to my accommodation!!

The day before songkran I spent wandering around chiang mai old town. It’s Thailand’s second city but I was able to walk across the inner old town in 25 minutes. The old town lies within an ancient wall and moat. And it must have the highest density and number of temples/wats and chedis in the world! Wherever I looked there was a hidden temple or spire (chedi) behind trees or buildings, and sometimes seemingly in people’s back gardens! I snuck into all the ones I could, they were all so beautiful and subtly different. 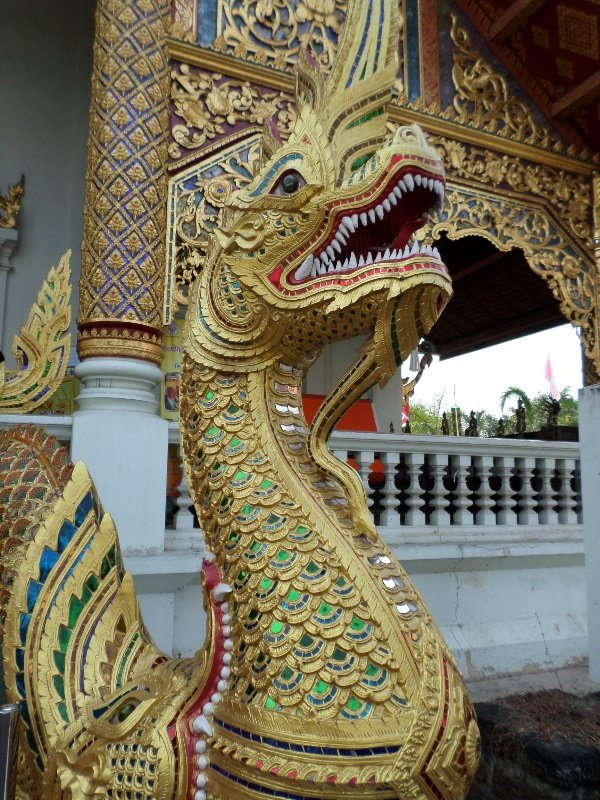 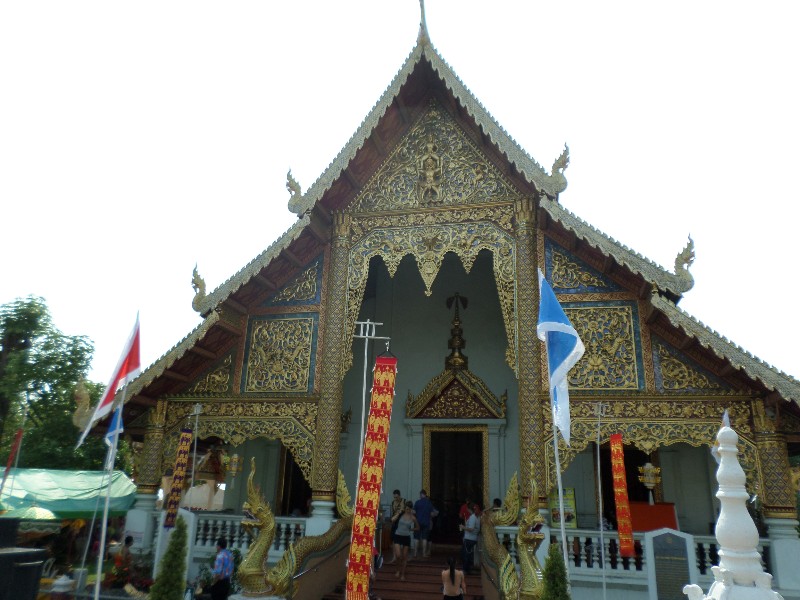 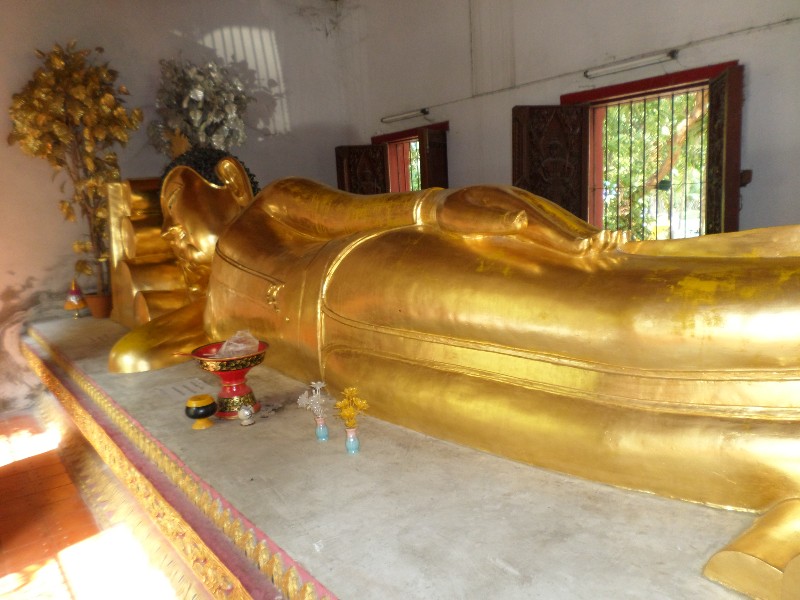 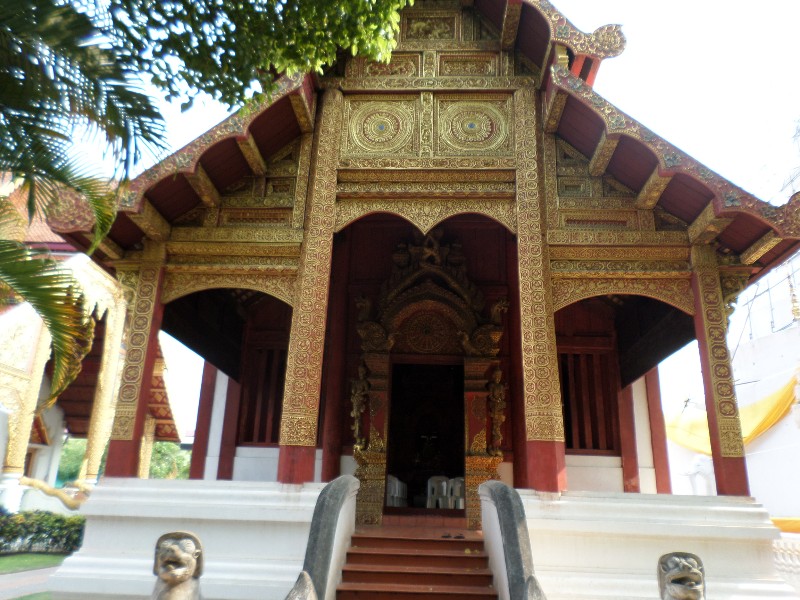 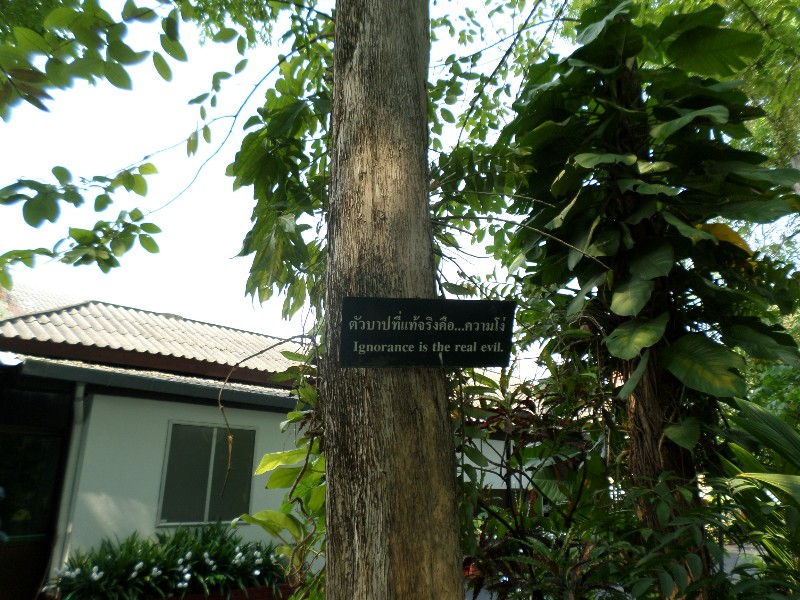 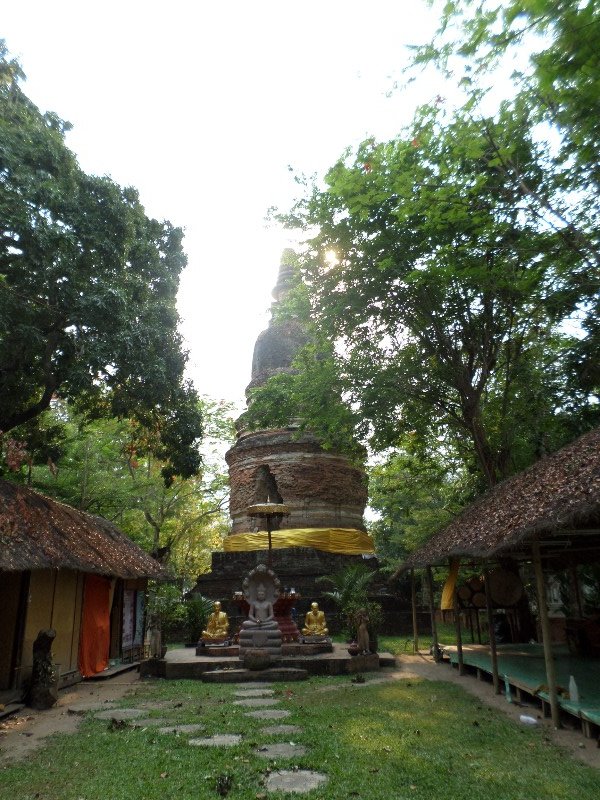 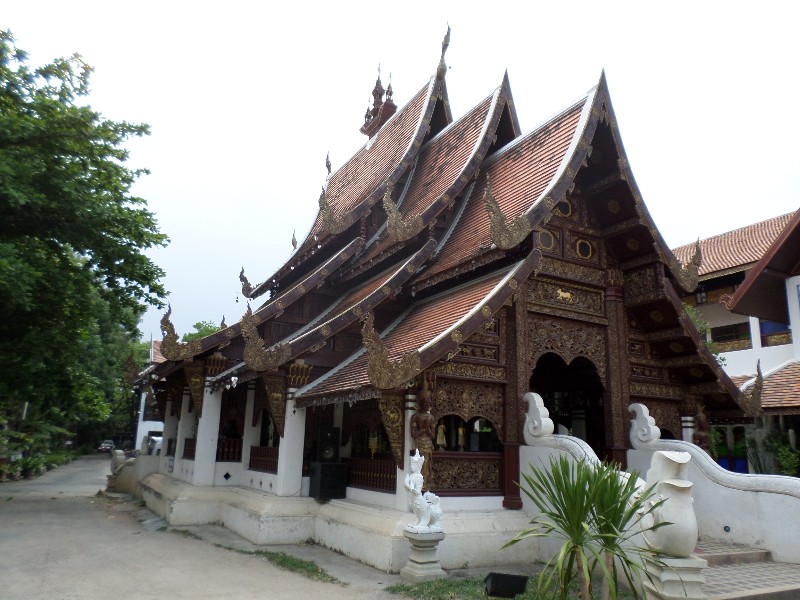 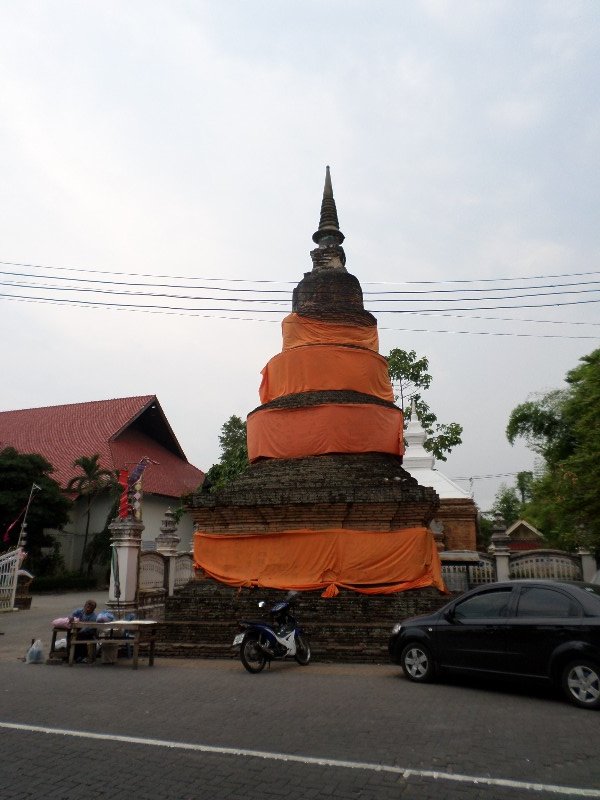 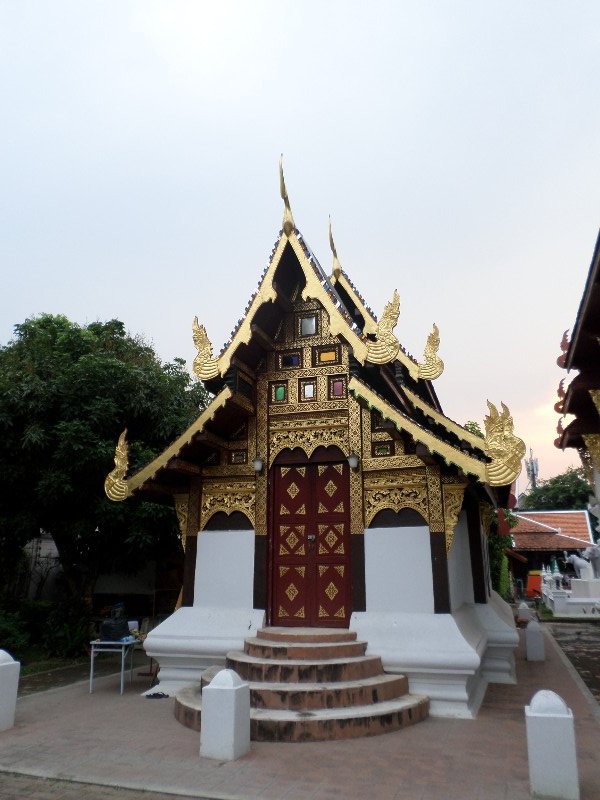 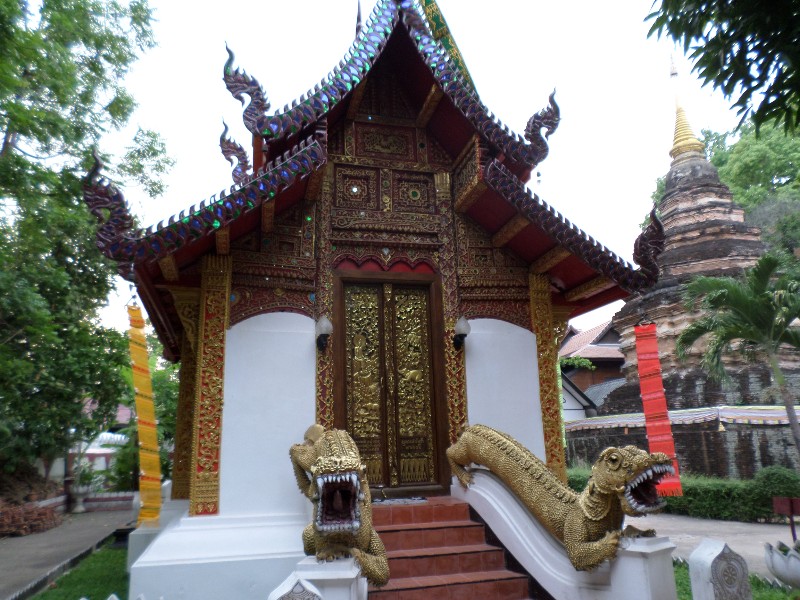 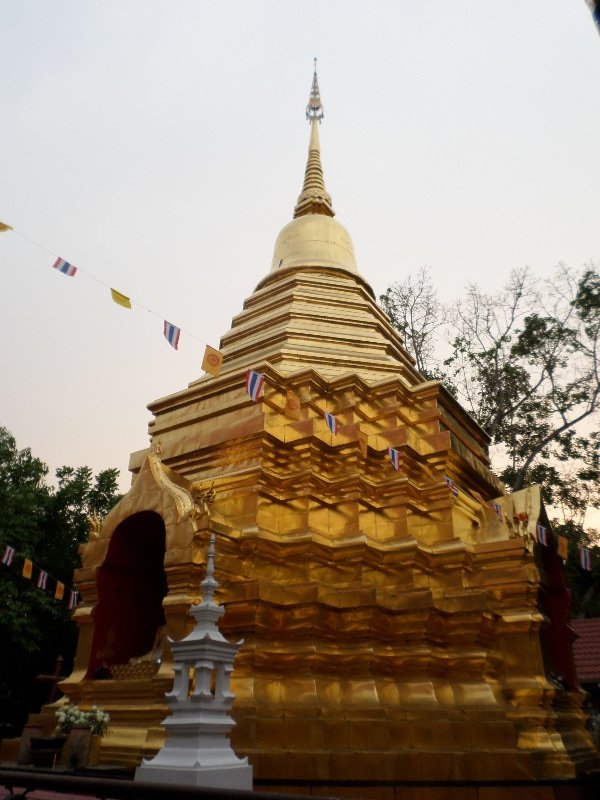 During my walk through the town I met an old Thai lady who recommended I eat at a small Chinese restaurant, it was delicious!

That night I went to a bar called Bababobo, which which became my second home! I met several people playing pool that night and spent the next 5 days in Chiang mai hanging out in that bar with them.

So songkran started properly on Saturday 12th, basically every single person who lives near chiang mai, plus the hundreds of people who go there specifically, in the streets with buckets or water guns soaking each other! And trust me the novelty does not wear off! When people are already soaked you just have to resort to ice cold water! So the best places to enjoy songkran were the bars lining the moat. The guys I made friends with quickly became experts in taking empty water butts down to the most, filling them with brown skanky moat water then dragging them back. We took it in turns to buy huge bricks of ice for the bucket and after 5 minutes (to make sure the water was really cold) we filled our crappy plastic buckets (buckets were much more efficient than guns) and drenched people who were already soaked through… it was amazing and probably the most fun place in the world to spend the last 5 days!

As you can imagine, I didn’t take any photos, add I was too afraid to damage my camera, but some of the people I met had waterproof cameras and phones. 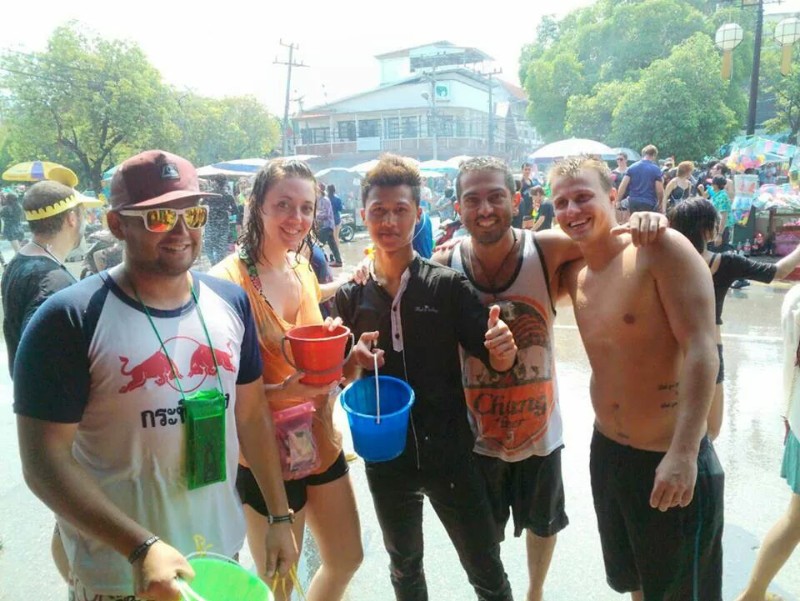 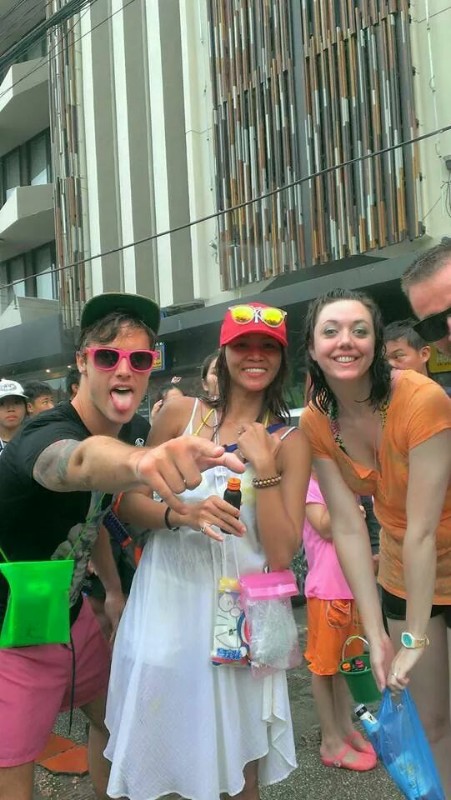 Songkran was amazing, but after a week of almost continual partying, I’m definitely ready for a chill and a rest!

My last 2 days in Chiang mai were more peaceful. A lot of the tourists had left and the streets were dry and I found that I really loved the city. There’s greenery and ancient ruins everywhere you look, and if you keep of the main roads you get to see some real Thai life. I walked to a tiny park in the south west corner of the old town, where people were hiring woven mats to sit next to a pond. On the way back I walked past some of the most beautiful houses I’ve ever seen n, and such variety to; next to a Thai style teak house on stilts was a modern glass angular house! Papaya and mango trees lined the streets and everybody I walked past said hello 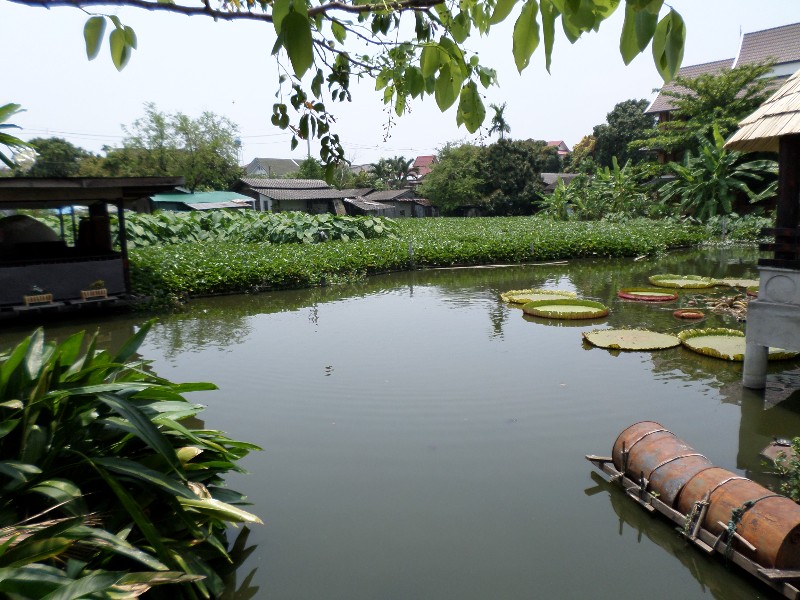 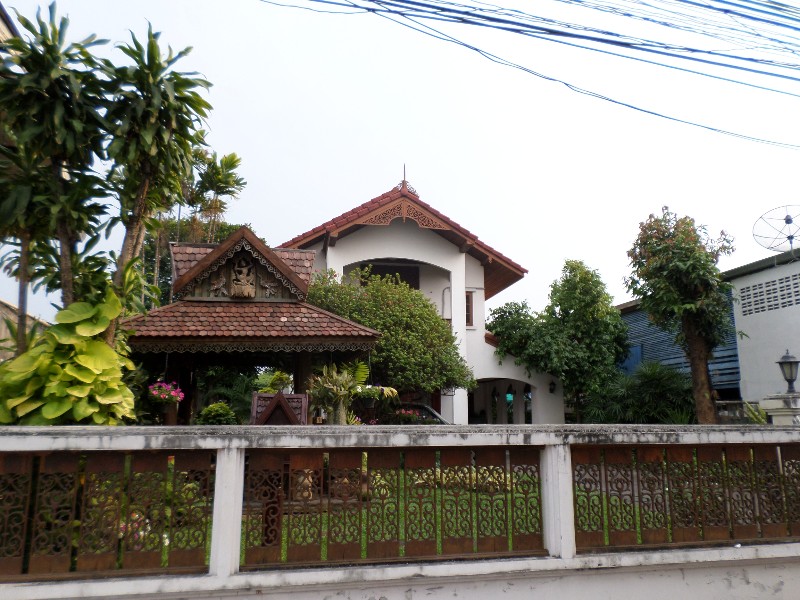 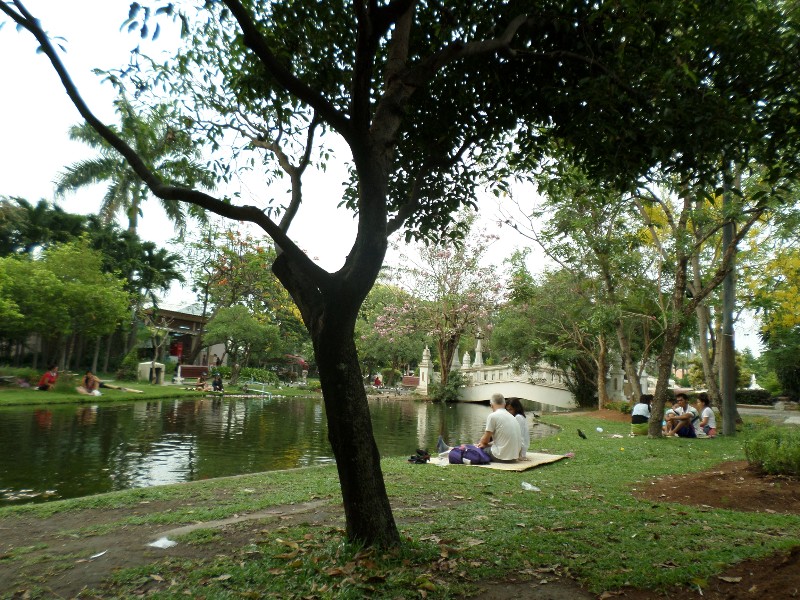 Chiang mai is definitely somewhere I would return to, as without the tourists, the town has something of everything. I love chiang mai!